Land Rover will launch its first hybrid Discovery as part of a roster of updates aimed at boosting the model’s sales, which continue to fall below expectations.

Photos of this camouflaged prototype show a substantial disguise for what is described by a Land Rover source as a “model-year update”, suggesting the changes are more far reaching than the usual equipment upgrades and light tweaks. More revealing still, however, is that this prototype is registered as a hybrid-electric model.

Land Rover has yet to officially confirm which hybrid powertrain this test mule is using. It’s possible the brand is considering introducing a plug-in hybrid variant with the four-cylinder P400e system used on the Range Rover and Range Rover Sport.

However, Autocar understands the model spotted testing is a mild hybrid, using the 48V system added to the Range Rover last year. The only current Land Rover system suitable for a car of this size and weight is the latest 3.0-litre straight-six turbo petrol engine mated to a starter/generator and 48V battery.

However, given the Discovery’s diesel-heavy mix, expect such a system to be introduced in the four- and six-cylinder oil-burners for the seven-seat SUV’s launch, likely at the end of 2020. 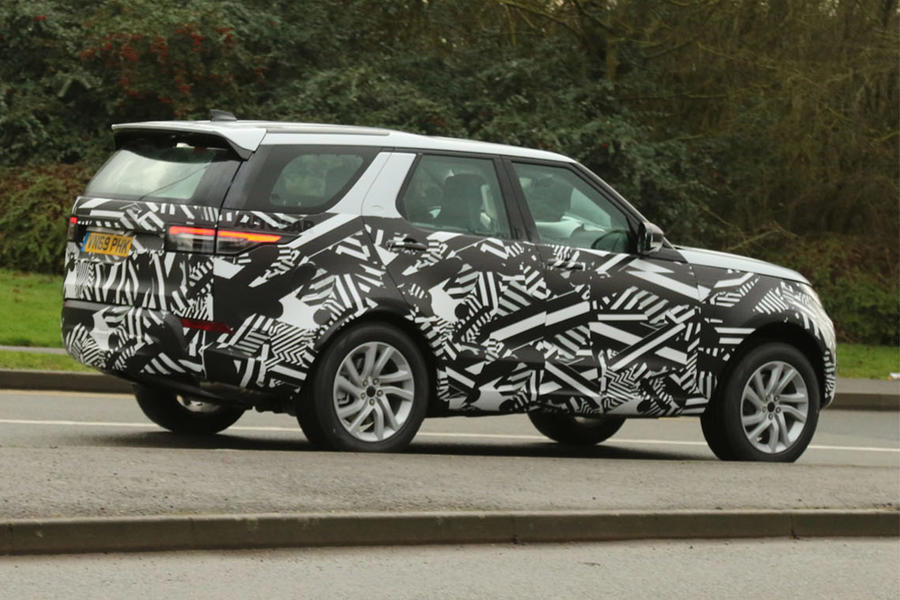 Updates such as this will be crucial as Jaguar Land Rover aims to avoid fines under the EU’s fleet average CO2 target. The brand’s two biggest hopes for achieving this will be the upcoming Discovery Sport and Evoque plug-in hybrids, which are set to go on sale in the coming weeks and be delivered to customers in May. They use a 197bhp 1.5-litre three-cylinder petrol engine and a 107bhp electric powertrain for an electric-only range of about 30 miles.

The extent of the visual changes to the Discovery is not yet clear. The front end of this test car features the most extensive disguise, suggesting a new grille and bumper. But it remains to be seen if the controversial rear-end design will remain or be overhauled.

Technology is expected to advance, with revamped infotainment and display systems and active safety tech.

Please, Please Land Rover, keep the camouflage on the section aft of the rear doors, on the production version. It does at least make it slightly easier on the eye, and is probably the best you could do without actual sheet metal changes.