BACK TO ALL NEWS
Currently reading: Analysis: How will car makers meet new CO2 laws?
UP NEXT
Spending 48 hours touring in a Ferrari Roma

However, according to two auto industry consultants, the combination of new testing legislation, the effects of Dieselgate and the market shift towards SUVs could make it near impossible for car makers to meet the laws. Failing to do so would result in manufacturers facing fines of hundreds of millions of euros.

Under the regulations, each car maker has a CO2 output target, which is averaged over its whole range of cars. So while the targeted average across the whole industry is just 95g/km of CO2, the individual requirement varies, via a complex calculation, depending on the weight and size of vehicles built and how many of them the manufacturer sells each year.

Jaguar Land Rover, for instance, has a fleet CO2 target of 132g/km because it sells fewer than 300,000 vehicles in the EU each year and makes larger-than-average vehicles. Fiat Chrysler Automobiles,by contrast, has a fleet target of 91.1g/km. In reality, the 95g/km average means an average real-world economy of around 78mpg across a car maker’s entire fleet. And that is a huge technological hurdle. If that doesn’t sound difficult enough, the EU has decided to introduce a new, and much more rigorous, way to measure fuel economy. When the original regulations were set back in 2012, the standard EU fuel economy test was the New European Driving Cycle (NEDC). This, however, has since been dropped and replaced by the Worldwide Harmonised Light Vehicle Test Procedure (WLTP). 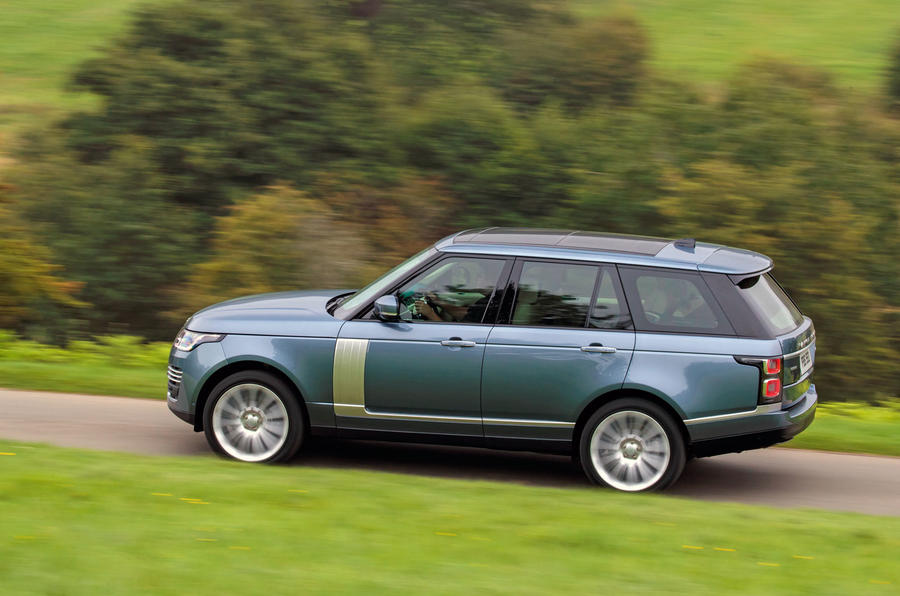 WLTP is a much more ‘real-world’ test for fuel consumption and tailpipe pollution. Unsurprisingly, auto industry consultancy JATO Dynamics says that the introduction of WLTP for fuel economy calculations alone will be enough to make it “exceptionally difficult” to meet the 2021 95g/km figure.

According to a recent report by JATO, a sample of vehicles re-tested under the new WLTP regime showed that official fuel economy figures increased by anything between 9% and 17% compared with NEDC testing.One of the first current production cars to be tested under WLTP was the 114bhp Volkswagen Up GTI. According to reports from Germany, the car was rated at 110g/km under the NEDC test but at 127-129g/km by WLTP, a rise of around 16%. If a city car with a moderately powerful petrol engine is that far from the 95g/ km target, what hope for larger, more powerful vehicles?

If that wasn’t bad enough for car makers, the last 12 months have brought even worse news: collapsing sales of diesel vehicles. In October 2015, around the time Dieselgate broke, diesel cars accounted for about 52% of the new car market across Europe. In November 2017, that share had slumped to just 42% in western Europe, according to reports.

But there’s another issue flagged up by JATO that will be a third drag on the efforts to meet the EU laws: the rise of the SUV. In 2016, says JATO, SUVs accounted for 3.8 million sales in Europe, which is a 26% market share. It forecasts these figures will reach six million and 33% by 2020. There’s no doubt that a market shift to taller, bluffer vehicles will further push up average fuel economy. 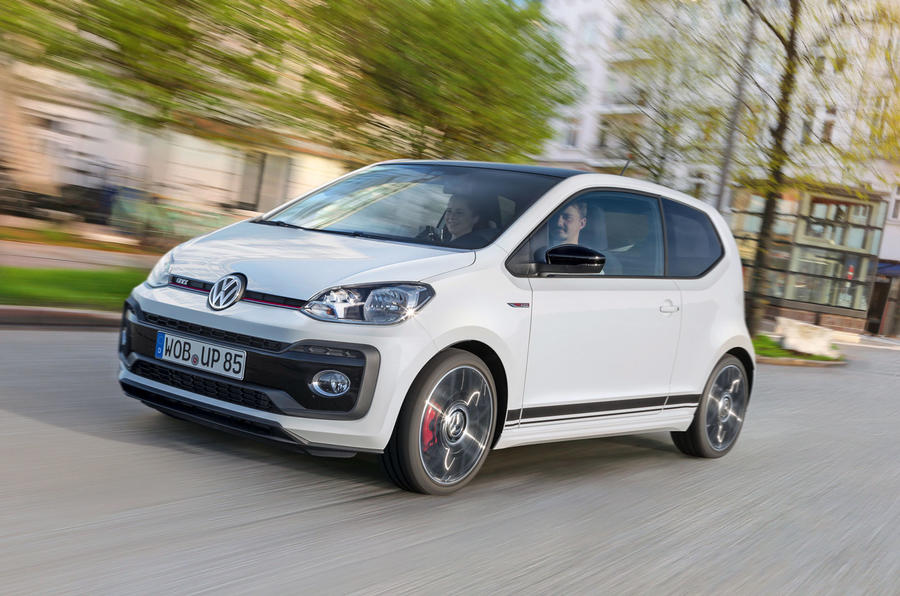 It claims fines in 2021 (levied at 95 per gram over the limit for each vehicle sold) could range from a massive 1.36 billion for VW to 307 million for Ford and 126m for Daimler. Officially, the car makers are telling a very different story. According to the banking analysts at Evercore, senior executives at VW, BMW, Daimler and PSA all say they are confident of meeting the 2021 CO2 targets. While recognising that diesel sales were falling markedly, BMW chief executive Harald Krüger told Evercore that he wanted to see sales of the marque’s electrified vehicles ‘ramped up’ over the next three years. 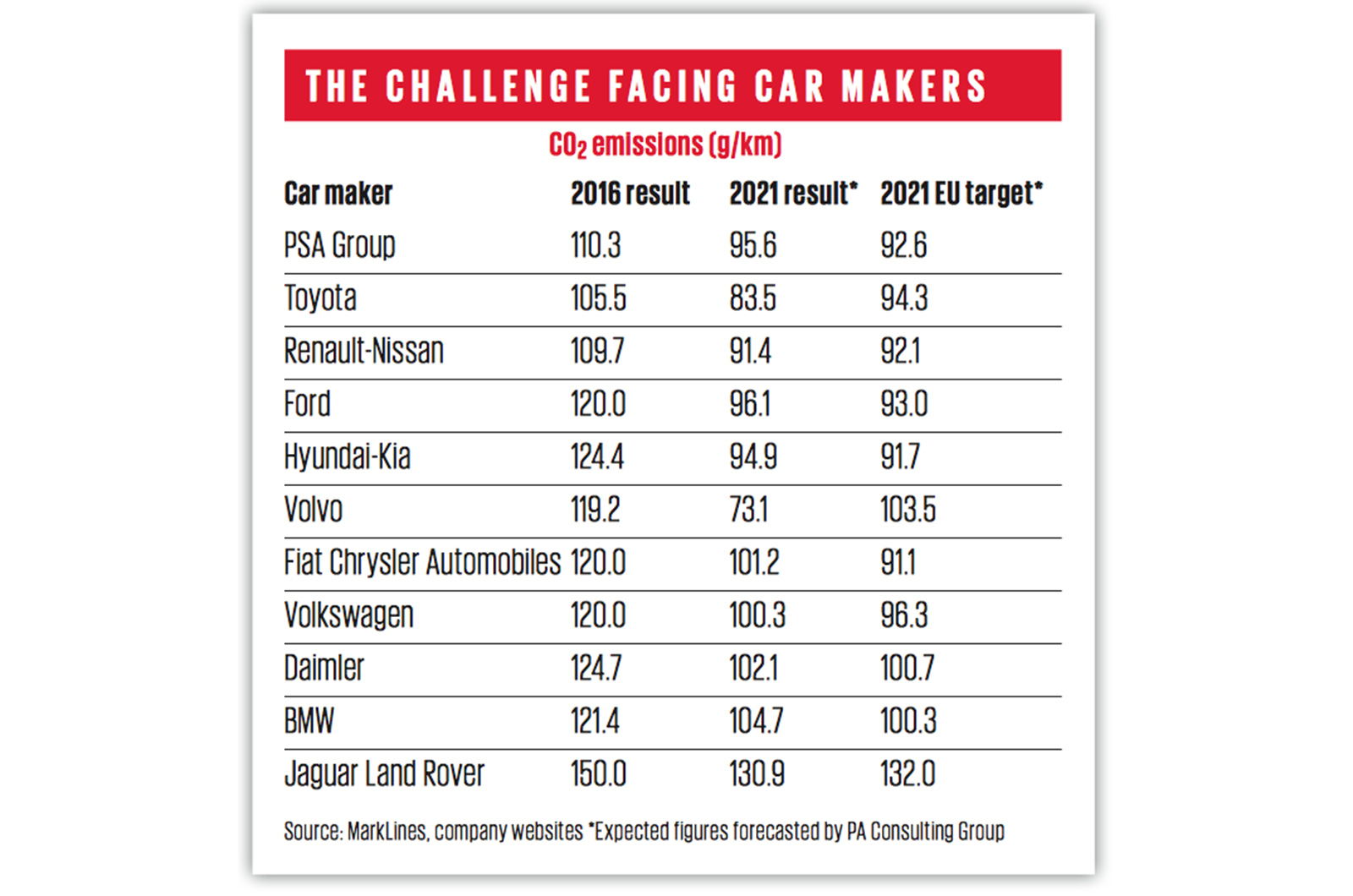 How VW plans to clean up after Dieselgate

VW group sales boss Fred Kappler hinted, as did Daimler chief financial officer Bodo Uebber, that the arrival of 48V mild hybrids could yet spring some of the manufacturers from the risk of significant fines. Evercore analysts say 48V systems can improve the economy of a typical compact turbocharged petrol engine by as much as 20% and will be cheaper to manufacture than a modern diesel unit.

While that may yet solve the diesel conundrum by restricting oil-burning engines to the biggest vehicles, Evercore estimates that 48V systems will only account for 10% of new cars sales in Europe by 2021 and sales of electric vehicles across Europe are predicted by many analysts to reach just 4% by 2022.

Despite the confident public face of European car makers, meeting these EU laws by 2021 is clearly going to be an extremely tight squeeze.

Brabham BT62 confirmed for May reveal

So... who worked out this stitch-up?

Unless I missed something, if you make a range of small engined cars (Fiat, Renault, PSA) you get touched with the tightest targets... If you make big, dirty cars with (optionally) cheat devices, you get a relatively comfy target.

Who thought this one up?  I seems (I might be wrong) considerable biased towards the Germa...  ah... I get it now.  :D

The way the targets are set is grossly unfair.  There is no justification for forcing Hyundai to reach a target of 91 g/km while JLR only have to achieve 132 g/km.  Hyundai should announce a series of new thirty-foot long, twenty-foot high cars with forty-litre engines for three million quid a pop, and state an intention to build seventeen million of them per year.  It would be as sensible a course of action as the one which has been dictated by the EU.  If there are to be targets every manufacturer should have to achieve the same level, if they choose not to do so by building bigger vehicles that's their own fault.

But to look at it another way, if there really were a climate/pollution crisis, and if it really were mainly being caused by cars, and if politicians actually had to do something that would save the world rather than merely looking as if they care about saving the world to present themselves as more electable, then the problem could have been solved years ago, by the simple declaration of an immediate ban on production of any car which exceeded any of 1600cc, 100 bhp or 130 g/km.  Had such a declaration been made at the turn of this century when governments began the introduction of anti-CO2 taxation, levels of all the pollutants would have fallen dramatically by now.

Then we are told that pollution kills 50,000 people a year in the UK, 4,000 a day in China, over 9,000,000 per year globally.  And the same people tell us that we shouldn't eat meat, so if nine million a year live longer and we cut dramatically the CO2 that plants live on what the fuck are we going to eat?  Given that there is already widespread food shortage and starvation in the world.  And a pensions crisis, obviously, but let's leave that aside for now.

As I have written many, many times, the environmental issue at stake isn't pollution, it's natural resources.  We need to make cars last much longer, beginning with the ones we have now, and the cars we produce from now on we need to make smaller and less wasteful of resources.  Forget all this electric garbage, the building of all the infrastructure which proponents of electric cars bang on about for making them viable would be hugely wasteful in itself, never mind the production of the cars themselves.  The real progress lies in increasing longevity of existing cars.  No car has ever been built, and none ever will be, which merits the scrapping of an existing car with useful life remaining.

Not the rant about people living longer and what they would all eat... although I often wondered whether if you added up all the people who are "killed" by various things each year if you would end up with a number that is higher than the entire population of the planet, never mind the number of people who die each year #doubleaccounting #liesandstatistics) ... but the penalisation of innocuous little manufacturers making innocuous little cars (Hyundai, Fiat, Pug and Renoort - whose whole annual production make less pollution than one VW Passat taxi).

It smacks of a stitch-up to me... although no suggestion at all ;) that the EU is once again and cynically favouring the Germans in such a hypocrital manner.

I wonder whether the small-fry will challenge these limits?  I'm not sure that they can be fundamentally fair.   Why doesn't Merc' make a 1.0 ltr 3-cylinder and install it into everything, if their bigger engines can't make the cut?

By the EU legislating in isolation is the problem and the UK exiting the community in the long run will benefit the UK.These measures will have diddly squat effect on India or China, the two most populated regions in the world.Reality will always win.The future.All cars are electric,how much base load electrical supply do we need to accomodate this dream?Can wind and solar provide sufficent energy?Why are China and India building new HELE coal fired power stations?There was a famous Australian film called "The Castle" and in it was a classic one liner which covers this whole issue;When addressing the non elected EU Government, you should all use this response,"Tell them they dreaming".