BACK TO ALL NEWS
Currently reading: Kia Ceed shooting brake and crossover due with "sporty" characters
UP NEXT
Alfa Romeo to show new sports car in early 2023

Kia Ceed shooting brake and crossover due with "sporty" characters

A sporty-looking ‘dynamic crossover’ based on the new Kia Ceed will be one of two models to add spice to the Korean car maker’s bread-and-butter hatchback range.

The Ceed was launched earlier this year in five-door hatchback and Sportswagon estate forms, but shooting brake and crossover versions are due later this year and in mid-2019 respectively as indirect replacements for the old model’s Proceed three-door.

Kia Europe sales and marketing boss Artur Martins told Autocar at last month's Geneva motor show that the three-door model was dropped due to dwindling demand. He said that Kia is “skipping the three-door as the segment is really small”, but said that “it opens up an opportunity for an additional body type”.

That new body type is the shooting brake, which will be the most aggressively styled Ceed, as previewed by the concept that was shown last year (pictured below). The crossover is expected to be more closely aligned with the other Ceed models (such as the estate, pictured top) in terms of design.

The crossover's expected stance and size suggests it could tread closely to Kia’s road-biased SUVs. However, Kia European design chief Gregory Guillaume said that “there is plenty of room between the Kia Stonic and the Kia Sportage for a new crossover”, dismissing that the new Ceed model could steal sales from its siblings. 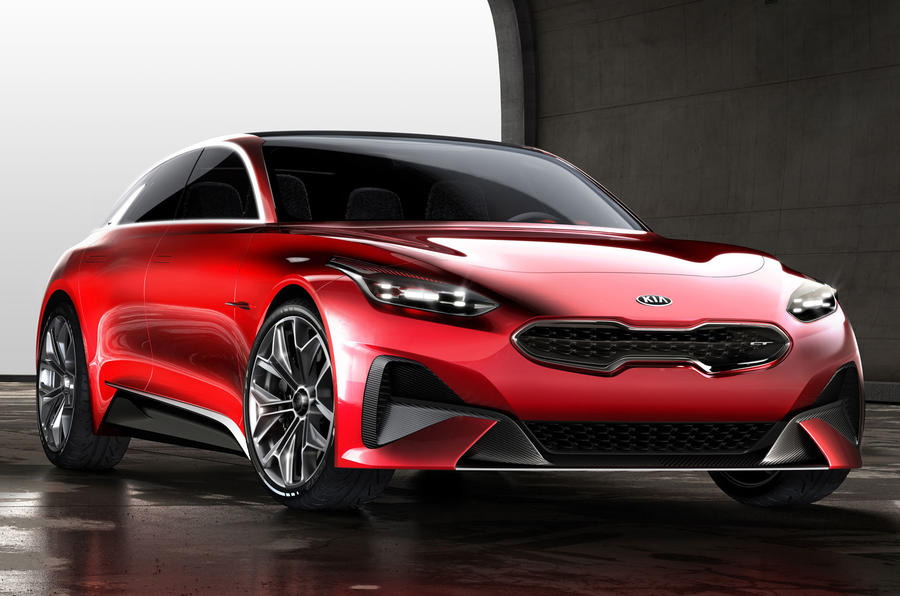 Nevertheless, Kia UK has started paving the way for the new crossover by streamlining its Sportage range by eliminating slow-selling trim levels. In the longer term, the next-generation Sportage, due to be launched around 2021/22, will grow in size to make room for the new crossover.

Both the crossover and shooting brake Ceeds will share their 2.6-metre-long wheelbases with the new Ceed hatch and estate. The shooting brake will be the most distinctive, with a sweeping roofline and swept-back hatch door, as shown by the concept.

Despite the dominance of SUV sales in the new car market, Martins expects the shooting brake to still be a strong seller among its siblings. He said Kia believes that “the gigantic trend to SUVs won’t end, but the most progressive customers who were looking at SUVs five, six years ago see SUVs as mainstream now and are looking for different stuff”.

Kia also experimented with fastback-styling inspired by the rear-drive Stinger for the Ceed, but Guillaume admitted the proportions didn’t work on the 4.3-metre-long model. He said: “For a fastback to look right, you need a long roofline and a certain overall length to develop the shape.”

Together, the Ceed crossover and shooting brake are intended to replace the three-door Proceed as the sporty alternatives to the Ceed hatch and estate. Much of their development has taken place at the Nürburgring, where Kia and sister brand Hyundai have a testing base. 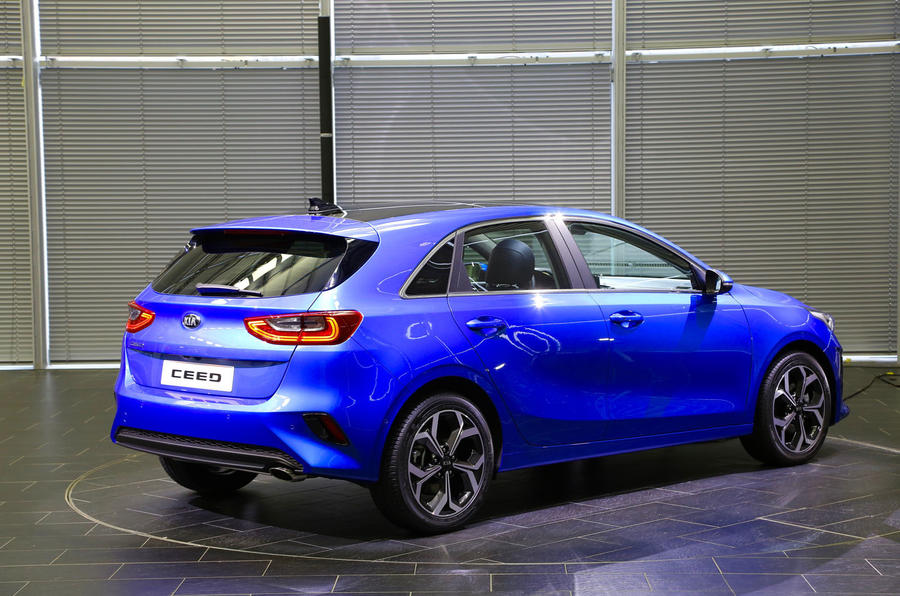 The brands’ boss for vehicle testing, former BMW M chief engineer Albert Biermann, has overseen their chassis development and he told Autocar earlier this year that all new models will be more fun to drive.

Although powertrains for the shooting brake and crossover Ceeds have yet to be confirmed, power for the new Ceed hatch and estate comes from a choice of two petrol engines and one diesel. The smallest is a 1.0-litre T-GDi unit that produces 118bhp, while a 1.4-litre T-GDi engine replaces the old car’s 1.6 petrol and comes in 99bhp and 138bhp forms. Just one 1.6-litre diesel CRDi is offered but it's new and comes in 113bhp and 134bhp guises.

It’s likely that most, if not all, of those powertrains will be offered with the shooting brake and crossover. Despite having a more sporty focus, the models will not be performance cars, according to Martins.

“We’re not looking for extreme performance like Hyundai with N,” he said. “The idea is to lead from a design perspective, and have something really nice. The C-segment is so mature; the way to stand out is with special design.”

Kia is expected to add a Ceed GT to the line-up in 2019 to fulfil the role of a hot model. It's due first in hatchback form, but the shooting brake could also inherit the GT running gear.

The shooting brake will be seen first, likely at the Paris motor show this autumn, with UK sales in early 2019. The crossover is due to be launched in mid-2019.

Did i miss something? Is this

Did i miss something? Is this car being launched with 2 Estate versions? Doesnt Estate, Sportswagon, and Shooting Brake all mean pretty much the same thing?

Marketing department used to define the 'sporty' model in range as the 3dr? That's the model these manufacturers are now dropping due to poor sales.

Crossovers and estates have all the aesthetics of a brick, yet I'm sure people will still buy in to that 'sporty' line.

Marketing department used to define the 'sporty' model in range as the 3dr? That's the model these manufacturers are now dropping due to poor sales.

Crossovers and estates have all the aesthetics of a brick, yet I'm sure people will still buy in to that 'sporty' line.

Sporty seems to mean slightly more power, stiffened suspension, lower profile tyres and claims that a car has actually been driven at the Nürburgring. This generally translates to a more expensive price, poorer ride quality and a reduction in comfort. As a marketing tool, however, it seems popular with younger drivers and those aspiring to project an image of youth and vigour. I’m certainly not against cars with “sporty” pretentions, but at times the marketing is rather tiresome.