BACK TO ALL NEWS
Currently reading: Kia Proceed shooting brake concept on show at Frankfurt motor show
UP NEXT
Aston Martin DB5 Junior gains special No Time To Die Edition

Kia has brought its new Cee'd-previewing hatchback to the Frankfurt motor show.

The Procee'd concept takes the form of a shooting brake-style estate, although Kia describes it as an “extended hatch”, with more dramatic styling than the cooking Cee'd. The brand also hinted that the concept would preview a potential bodystyle for the C-segment car, which is currently on sale in three and five-door hatch and conventional estate formats only.

The Cee'd range will begin with the five-door hatchback and estate variants, as the bestsellers in the range. These are expected to arrive next year, although it’s unlikely that the three-door Procee'd will be offered.

Should the three-door Procee'd be discontinued, it would make sense that the shooting brake variant would take its name. For the new Picanto, Kia removed the option of three doors, offering it only as a five-door car. 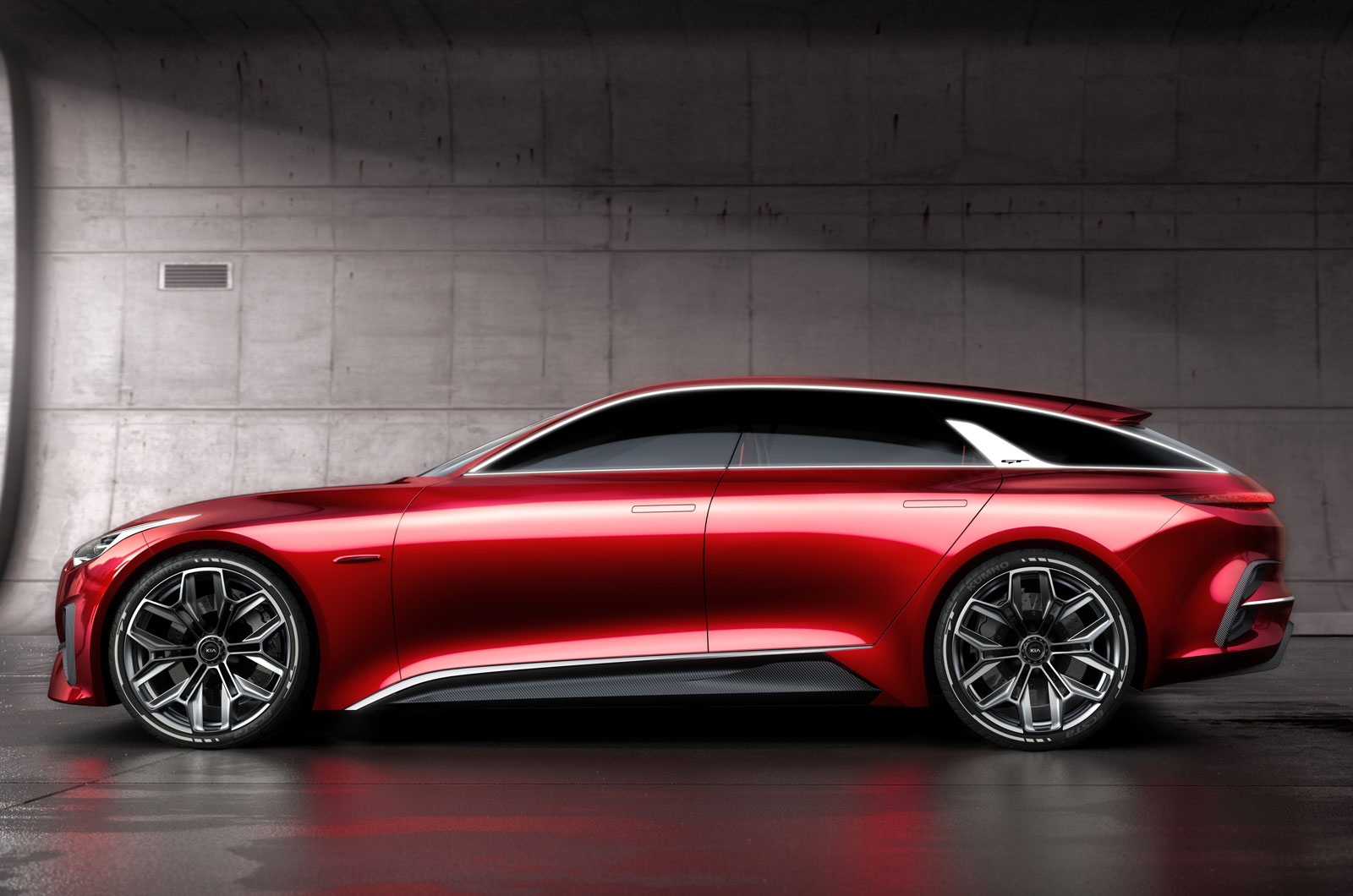 The shooting brake would be another car in new territory for Kia, following the introduction of the Stinger sports saloon, which aims to compete with the Audi A4 and BMW 3 Series.

The car has rakish light clusters, sharp creases towards the front and an overall aggressive aesthetic, with hints of design seen on the Picanto city car and the Stinger.

The current-generation Cee'd has been around since 2012, so is nearing the end of its life cycle - typically six years for the Korean brand. A facelift in 2015 refreshed the car at the midpoint of this cycle.

Engines are likely to be a mix of new or heavily revised existing units, while Kia’s 1.0-litre turbocharged three-cylinder engine is expected to move up to the Cee'd from the Picanto and Rio.

Designed at Kia’s Frankfurt studio, not far from that city's motor show location, the concept was revealed in full on 12 September.

KIA has come a long way, redifining the bread and butter car segment with its stylish cars. At a stroke of Peter Schreyer's team pen, the Proceed concept is the latest stylish literation. Now fit in a V6 and let it RoaR!

So much nicer as a concept than the Bavarian company's effort for Frankfurt.

Another lovely looking thing from the Schreyer team. Kinda Opel/Citroen feel. Sadly will probably feature the rather unlovely toothy KIA grille. Maybe not, maybe a nice iteration of it. Sadly for KIA though, is premium just about product ? I mean you don't drink a Dewars Signature to get drunk. You could do that with white spirit. Will there ever be a time when a mid range brand can move into premuim and properly compete?  I mean properly take on and win against the usual suspects. I can't see DS working let alone KIA. Lexus and Infiniti struggle in Europe after years of trying...be interesting to watch.