BACK TO ALL NEWS
Currently reading: Kia Ceed GT shooting brake due next year as new range topper
UP NEXT
New Ferrari Purosangue SUV makes first outing in production form

Kia is developing a “more agile and playful” Ceed GT that will have some characteristics of the Hyundai i30N. It's to be launched in 2019, likely with the shooting brake bodystyle that has just been seen testing.

Kia's European marketing boss, Artur Martins, told Autocar earlier this year that the GT model will be tested by a team led by Albert Biermann, the chassis guru who headed development of the i30N. The car will be part-developed at the Nürburgring, where Kia parent company the Hyundai Motor Group has a permanent test centre.

"With Albert's involvement, you will see similar handling and balance, although not at that level [of performance],” Martins said. “It will be more fun than the old car, but it won't be as focused as the i30N.” 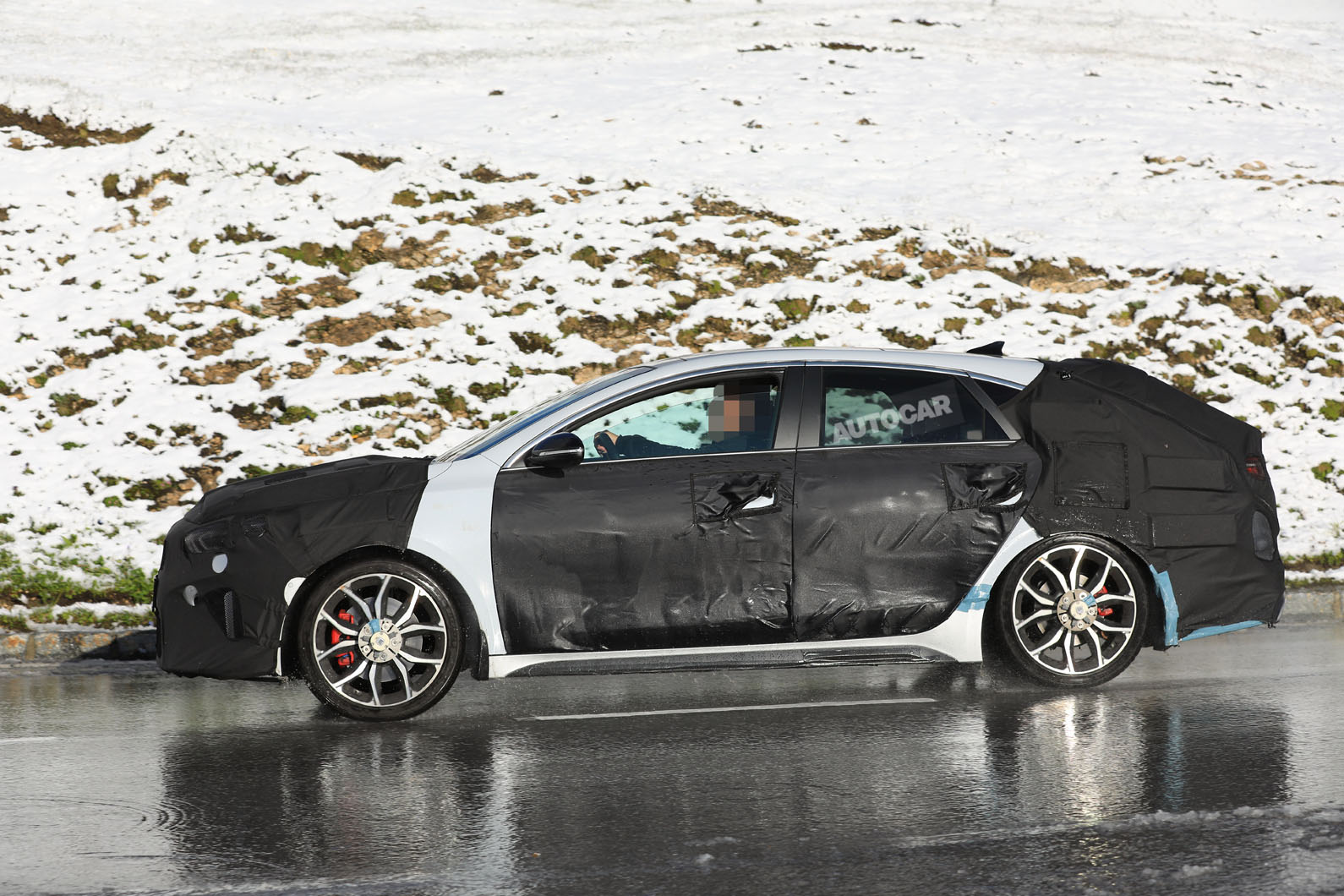 Although the rest of the Ceed range shares its engines with the Hyundai i30 line-up, those being petrol engines of between 1.0 and 1.4 litres and a 1.6-litre diesel, the hottest Ceed isn't guaranteed to use the N-division-tuned 2.0-litre petrol engine, which produces up to 271bhp in the i30N.

Group powertrain boss Michael Winkler told Autocar that while he can’t confirm what capacity the GT’s engine will be at this stage, the GT will not be “as extreme” as the i30N. This suggests it could use a detuned version of the 2.0-litre four-pot or even feature a performance-oriented version of the Ceed's upcoming 48V mild-hybrid powertrain. As such, power is likely to remain close to 200bhp.

While that would leave it trailing in the wake of hardcore hot hatches such as the 276bhp Renault Mégane RS and upcoming Ford Focus ST, which will have about the same output, it suggests the top Ceed will be engineered with a more forgiving personality than the hard-edged i30N. As such, it will have its sights set on the highly talented Volkswagen Golf GTI. 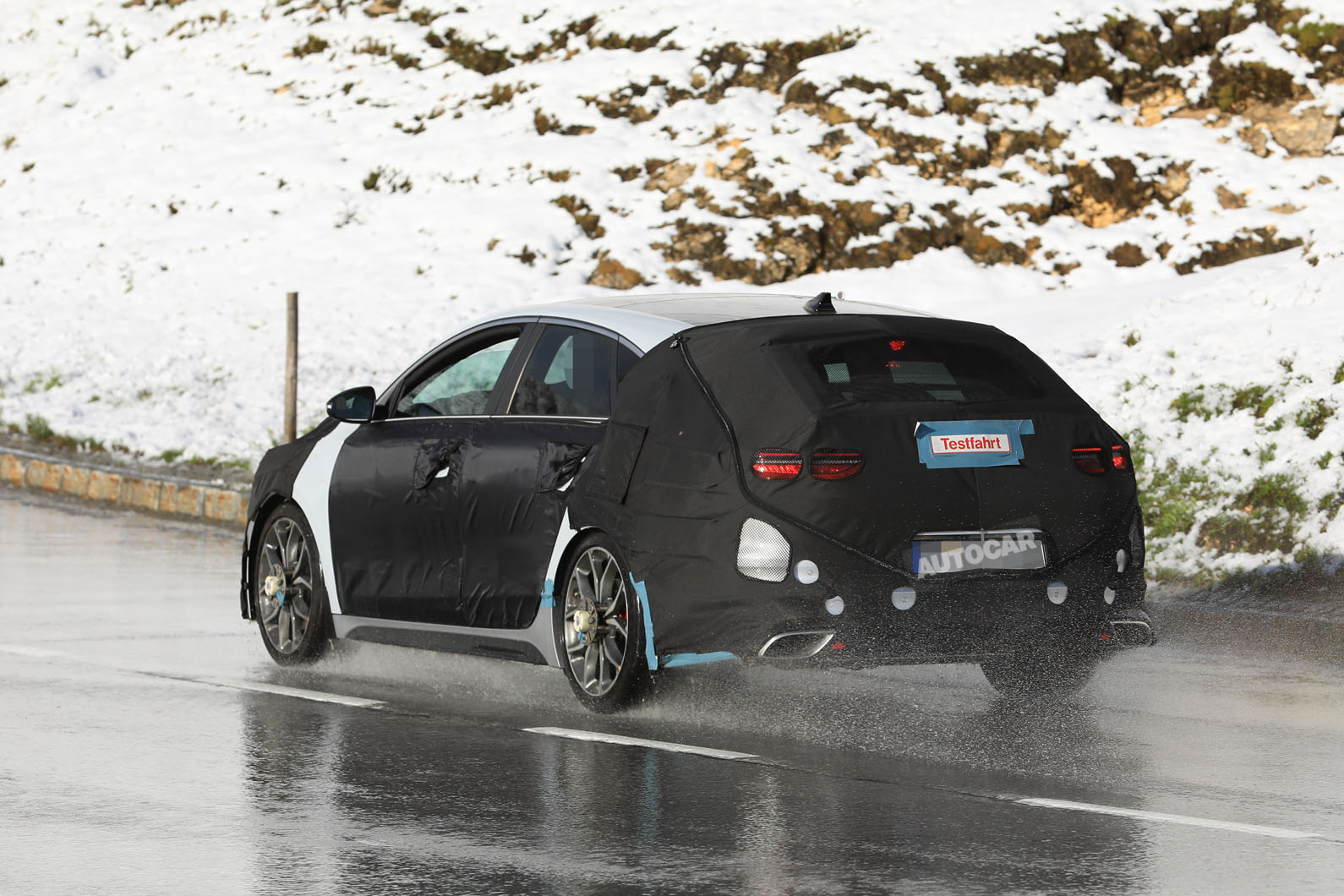 Albert Biermann on why Hyundai and Kia are performance-car-ready

Expect this trend to continue into the car's design, ensuring a more restrained look than the i30N. A spotted test car is running with 18in wheels, a roof spoiler and new front grille to form the bulk of the GT's exterior parts. It's a shooting brake, a bodystyle which is yet to be revealed (and was previewed by last year's Proceed shooting brake concept), suggesting the GT model will be launched with the sleeker design.

The Ceed five-door hatchback is also due to be given a GT variant, while the Ceed SW could inherit the running gear to provide customers with the option of a hot estate.

The following Ceed SUV, however, could follow a slightly different path and be offered with GT-Line bodywork but not gain the more potent firepower. This is the route taken by its larger SUV sibling, the Sportage, which has a GT-Line variant as its top model but sticks with the standard range of engines.

UK car manufacturing grows by 1.3% in May

Just a quick point, if Autocar are reading this please fix your slideshows they don't work on either Explorer or Chrome!!

Sorry for the off subject post, back to the car

Just a quick point, if Autocar are reading this please fix your slideshows they don't work on either Explorer or Chrome!!

Sorry for the off subject post, back to the car

They also don't allow for comments, and boy, have there been some comment worthy slideshows...

Hi, apologies for this - we're aware of some issues and our development team is working on fixing them asap. S

Hi, apologies for this - we're aware of some issues and our development team is working on fixing them asap. S

Maybe it's time to find a new " development team "?