BACK TO ALL NEWS
Currently reading: Jaguar Land Rover to invest £1bn in three new UK-built EVs
UP NEXT
Toyota bZ4X deliveries still on hold after wheel detachment concerns

Jaguar Land Rover is set to establish itself as one of the world’s leading makers of electric vehicles by converting its historic Castle Bromwich plant into a specialist EV production centre.

According to sources, three new pure-electric models will be rolling off the production lines by the end of next year to join the existing electric Jaguar I-Pace in showrooms.

The move is part of a major £1 billion investment in both Castle Bromwich and JLR’s factory in Solihull. Both are set to be massively overhauled in preparation for the British manufacturer’s new Modular Longitudinal Architecture (MLA) platform.

Despite relatively poor sales last year (the company sold 161,601 units, down 10% on the 2018), Jaguar is also getting a significant boost in the form of two new flagship models. 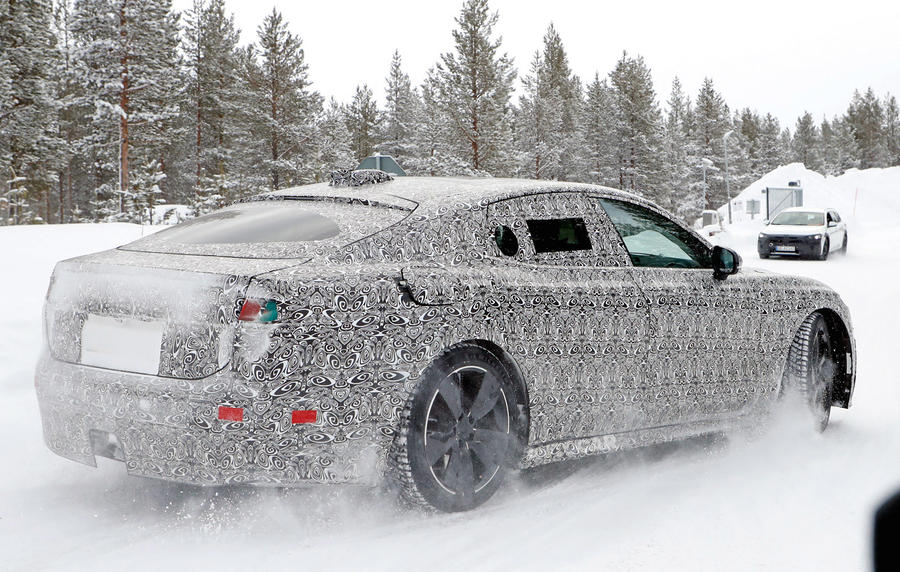 JLR has already confirmed that the replacement for the Jaguar XJ luxury saloon will be a battery-electric model. However, it’s understood that Castle Bromwich will also produce two more vehicles, both crossovers. Land Rover’s upcoming ‘Road Rover’ will be sold as a pure EV, while the new Jaguar J-Pace flagship will also be built at the plant as an EV.

All three new models are based on the MLA platform, which can be configured with three different types of drivetrain: battery-electric, plug-in hybrid and conventional internal combustion engine.

Insiders say the Jaguar I-Pace will continue to be built on its unique platform in Austria and have a “normal lifespan”. 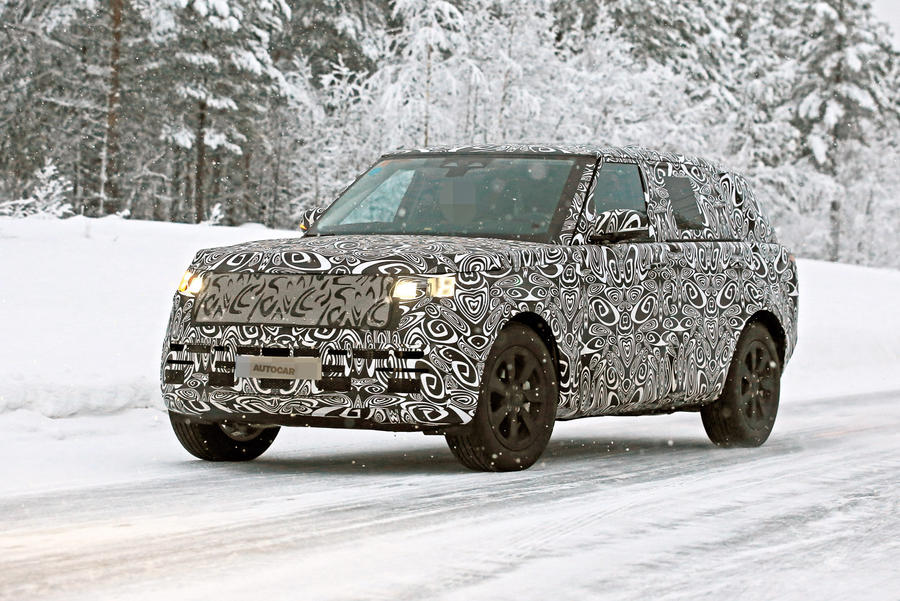 The MLA underpinnings will also be used for the next-generation Range Rover and Range Rover Sport, as well as the Discovery 6. It’s expected the majority of each of those models will be sold as plug-in hybrids as increasingly stringent global CO2 regulations continue to bite.

The new XJ’s production design is expected to be unveiled towards the end of this year, before the first examples roll out of Castle Bromwich in spring 2021.

He described it as a “fabulous-looking thing” while admitting the styling is unconventional. “It will be a beautiful car, with an engaging drive and luxurious interior… a cabin ambience that’s calm and refreshing,” he said, implying that Jaguar is planning on the electric XJ being more of a car for driving than being driven in. 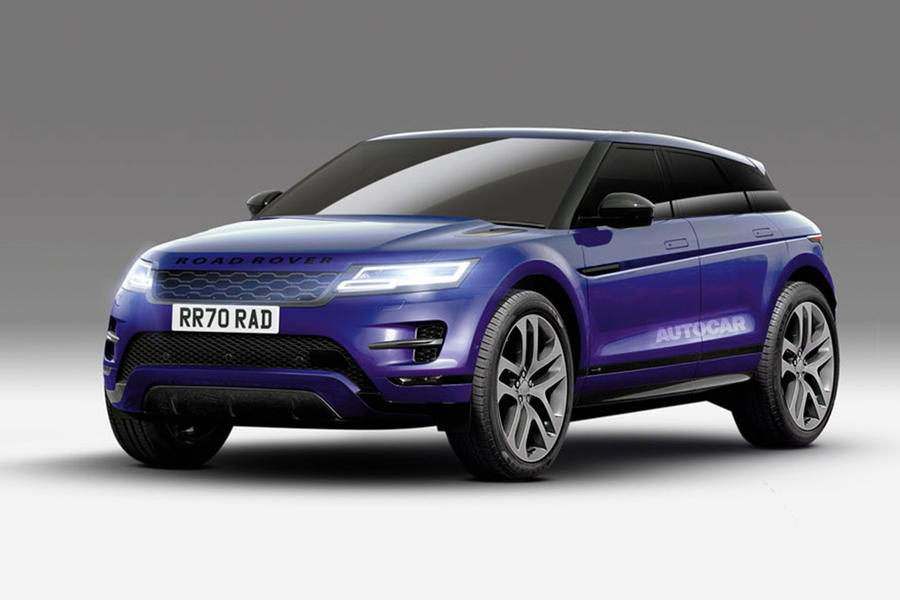 Rather less is known about the upcoming J-Pace and the Land Rover model known only by its ‘Road Rover’ nickname, which won’t be used in production. Both will be sold as EVs, so it’s expected that they will be in the mould of low-riding crossovers rather than conventionally bluff SUVs. With battery range all-important, smaller frontal areas will be a key element of these new-generation models.

The J-Pace will be distinguished from the existing F-Pace (which will undergo a thorough facelift for the 2021 model year) by having a much more luxurious interior and more avant-garde styling, although it’s not expected to mirror the I-Pace too closely.

It’s also understood that the J-Pace will eventually be available with a conventional internal combustion engine powertrain. However, this variant is more likely to be built at Solihull alongside its new Range Rover sister vehicles, which will also use the MLA structure. This ICE version of the J-Pace will benefit from a new range of hybrid options, including the straight-six petrol unit already seen in the facelifted Range Rover Sport. 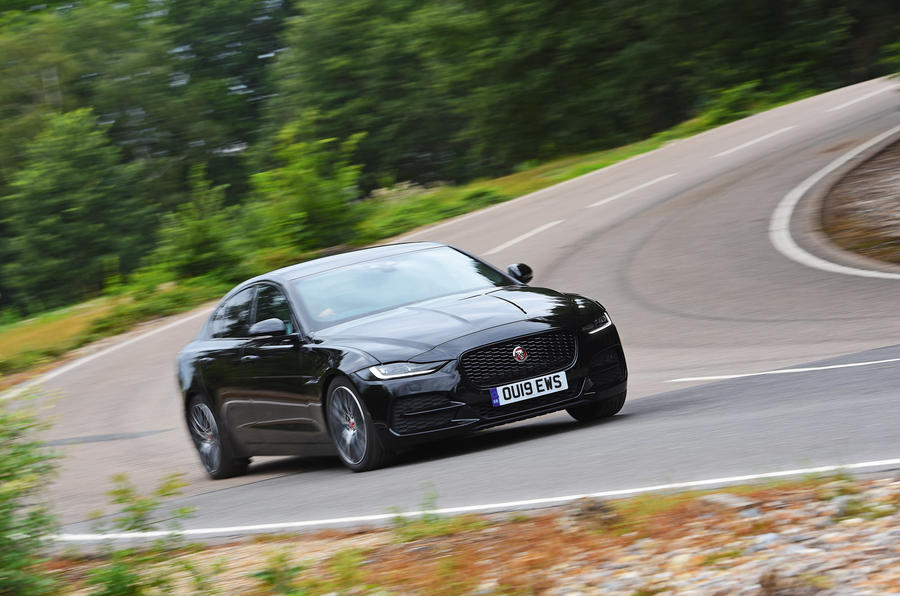 Given the success of the Jaguar E-Pace and Jaguar F-Pace, which easily outsell their Jaguar XF and Jaguar XE saloon siblings, the addition of the J-Pace family to the line-up will make Jaguar an SUV-led brand, reflecting Porsche and Volvo.

While the new XJ is around the corner, well-placed sources say the future of the XE, XF and F-Type aren’t yet set in stone.

The F-Type is said to be “quietly profitable” for the Jaguar brand, and the nameplate will live on, but the final form of its replacement hasn’t yet been signed off.

It’s believed that the shape of the new F-Type is far from being decided. Even though Jaguar’s design studio is said to have some very strong ideas, sources say other departments within the company have other plans for the model.

Jaguar sold 7227 examples of the F-Type globally last year. The 9% drop in sales that figure represents is nonetheless impressive for a car that was about to be facelifted, but part of the F-Type’s profitability comes from the fact that it was loosely based on the structure of the old XK, which reduced development costs. 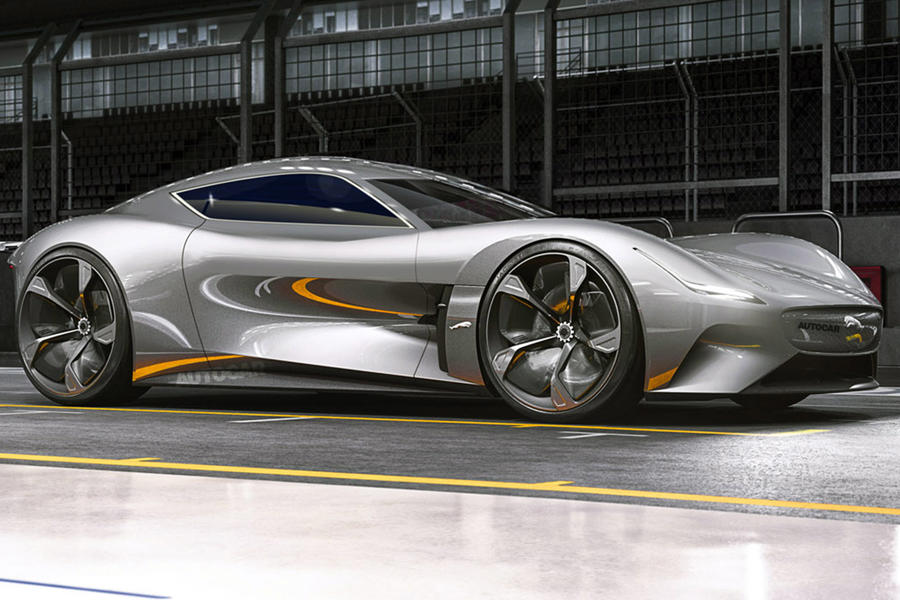 It’s unlikely that a sports car could be spun off the MLA platform, but a more bespoke architecture is possible for a small-run vehicle, as JLR has shown with the I-Pace and the new Land Rover Defender, both of which use structures that have been heavily modified from their base architectures.

Perhaps of greater concern to Jaguar is the fate of the XE and XF. Despite a mid-life facelift, only around 3550 examples of the XE were sold in the US and around 8000 in the EU last year. The residual sales of 14,000 were partly in China and otherwise spread thinly across the rest of the world.

Insiders say there have been discussions within Jaguar about replacing both the XE and XF with a crossover model of some description, but things haven’t advanced beyond that.

With the XE and XF’s current Castle Bromwich home set to be converted to all-EV production, uncertainty also surrounds where production will move to. A likely annual sales volume of around 40,000 leaves questions over the viability of continued production as JLR switches over to the MLA platform. Becoming fully electric is another option.

With various commentators oddly predicting the demise or sell-off of Jaguar, it doesn't seem occur to them that as technology, engines and platforms are largley merged with Land Rover the brand is not in any danger of demise. It is still known internationally and has as much awareness in North America as it does in Europe, if not more, as the Americans are not as tribal as Europeans when it comes to luxury brands. Local assembly in China has helped raise the awareness of the brand over there, but they were admittedly late to the party with that strategy. The trend towards SUVs was always going to favour LR over Jaguar, but the presence of Jaguar SUVs is helping to keep the brand in the eyes of new customer groups. The gradual electrification of Jaguar cars will see them become a real competitor for Tesla and the rest in the US and China, so it seems like a sensible strategy. As for Brexit, it is no surprise that JLR decided on a Eurozone factory in a cheap-labour region well before Brexit was a thing, as most of its competitors build in Poland, Slovakia, Hungary, Spain and elsewhere. All JLR needs now is an SUV factory in the USA, just like BMW, Mercedes, etc...

If they are refitting Castle

If they are refitting Castle Brom for electric cars then it sounds like they will either kill off the XE and XF or move them to Slovakia.

Personally id wind up the XE first and see how the XF then gets on. Gut feeling is they may recover some sales.

It is somewhat ironic that

It is somewhat ironic that while Jaguar tries to reinvent itself as a global brand, or more specifically a European brand (cf. the rather generic European styling of many of its models), Brexiters like to predict and celebrate its British post-Brexit success.

Fine, but even if JLR can survive Brexit can it survive coronavirus? Again the incompetent UK government refuses to tackle coronavirus the continental way and instead spoke of 'herd immunity' and some such based on poor science, as if it was a point of patriotic honour to do things in a uniquely British, ie. anti-European, way. That sent the pound tumbling. The government's U-turn might have come too late with infected cases and death toll rising. If the situation is out of control its hard to imagine what the British & the world's post-corona economy is going to be like. If Brexit doesn't kill off JLR cornavirus might.