BACK TO ALL NEWS
Currently reading: The future of Jaguar Land Rover, according to CEO Ralf Speth
UP NEXT
Testing the UK's newest circuit in a Porsche Cayenne Turbo GT

The British firm hasn't had the smoothest of rides lately, but Speth is optimistic that the future looks bright
Open gallery
Close

Ralf Speth likes talking about the future. It’s no surprise, given the challenges he has faced in the recent past. It can’t be much fun for Jaguar Land Rover’s CEO to keep raking over the ashes of a recent £3.6 billion financial loss that triggered cuts of 4500 jobs, something he took very personally.

From his early days, looking forward has always been an important part of Speth’s make-up. At BMW, where he began a 20-year engineering career in 1980, it was a given among his generation that you embraced new technology and watched it lift the brand image while generating impressive sales. BMW was a very happy place for a young engineer to be.

Let it not be forgotten, either, that for most of his nine years at the top of Jaguar Land Rover (JLR), Speth’s penchant for keeping the company focused on growth and constant improvement met unprecedented success: the company remains this nation’s largest car maker and biggest spender on research and development. 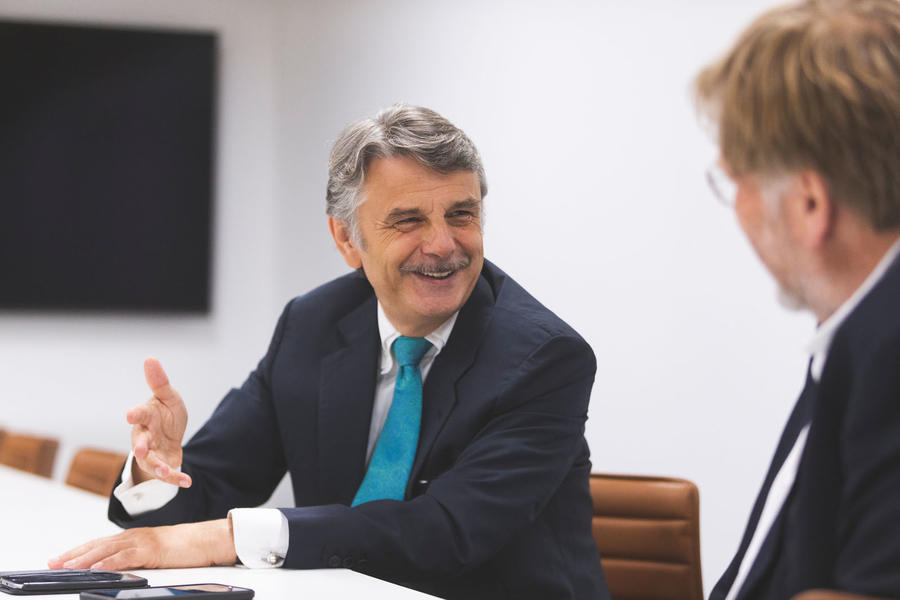 Still, it is more than a year since Speth first signalled that things were going seriously wrong at JLR. The company was abruptly hit by a perfect storm of difficulties, including a disastrous drop in demand for diesels, rising Brexit fears, a rapid weakening of the Chinese market and a consequent need for a downward revaluation of JLR’s entire business. Within months, Speth (now Sir Ralf, in recognition of recent British citizenship and ‘confirmation’ of a previously awarded honorary KBE) unveiled a £2.5bn plan called ‘Charge and Accelerate’ aimed at dramatically cutting costs and improving cash flows. Much has been done, but it is still a work in progress.

When I meet Speth at Warwick University’s National Automotive Innovation Centre – a magnificent car creation facility mainly established through Speth’s own unstinting efforts – the logical first question is to ask exactly how the recovery is proceeding.

“We began our restructuring and transformation earlier than other companies in our kind of business because we are smaller than them,” Speth begins carefully, “which meant we struck problems earlier. We don’t have banks and insurance companies that let us spread difficulties as others can, so we were criticised early on. But others are now facing the same problems and ours are no longer a surprise. 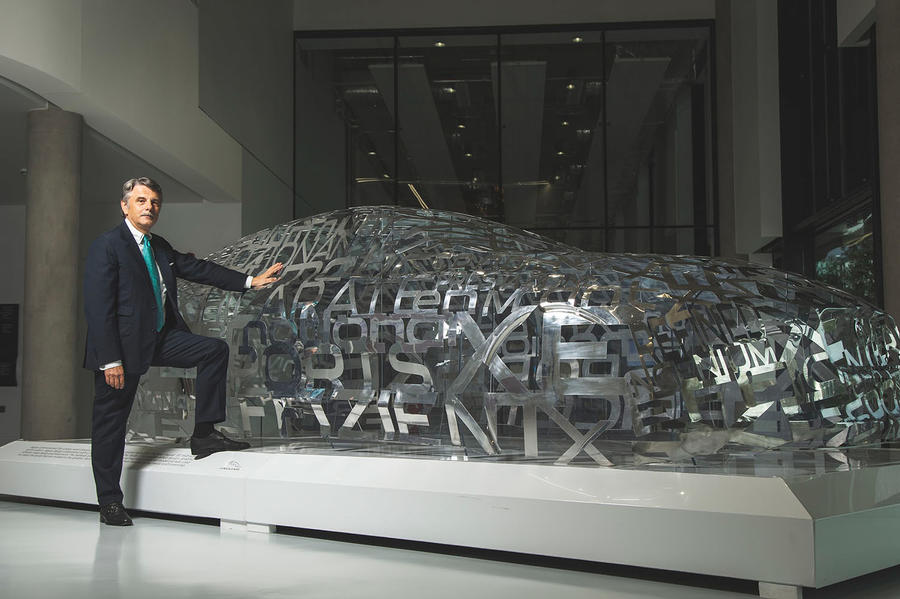 “Our advantage is we’re agile. We are on track to over-deliver on the short-term part of our programme, called Charge, to cut costs and improve cash flow.” JLR’s second-quarter results showed the truth of this, with a predicted upturn in fortunes – revenue up 8% year on year and a £156 million pre-tax profit – following impressive recent sales improvements, especially in China.

Speth says: “The longer-term part of our plan, called Accelerate, aims to attack systemic issues like improving quality and time to market. That will take longer. We’ve asked our existing teams to meet and communicate better, and that’s also working. And a data analytics team of seasoned, experienced people I set up a couple of years ago has started paying off in a big way.

“We’ve implemented our toughest decisions first. Do it any other way and you lose momentum…” 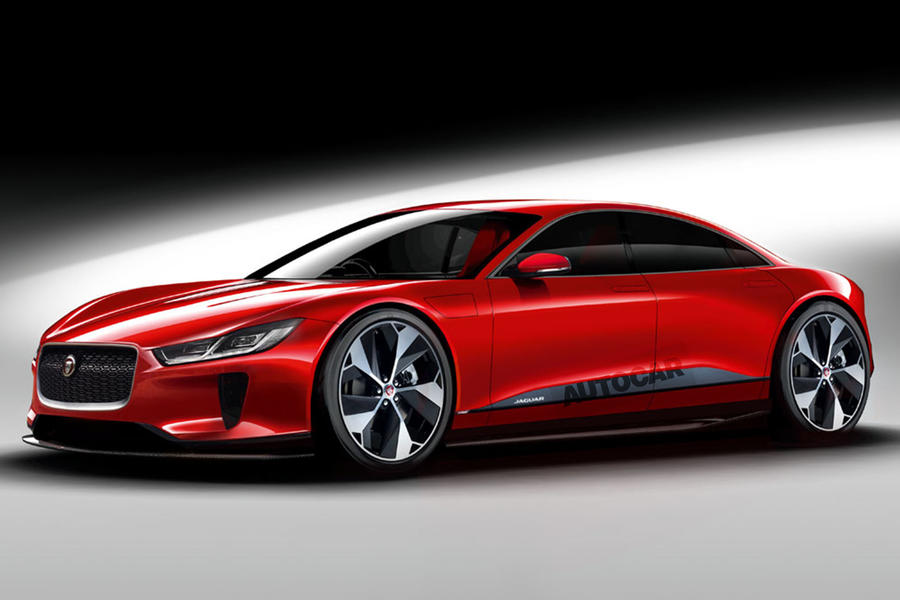 Times have been tough, but it’s very telling that Speth (who turned 64 last month) continues firmly in the biggest job at JLR, unmolested by rumour mongers and financial denizens who have recently taken to giving other car industry leaders a hard time.

“The task now is to prepare for new things,” says Speth, “to simplify our engine and model ranges as much as possible, and also to prepare some very go-ahead projects we have in the drawer.”

“I’m so glad that during restructuring we haven’t had to reduce our investment much,” he says, reaching instinctively to the future. “I defend our big projects because they define segments and also earn salaries for our next generation. When this disturbance ends, we want to be ready.”

Speth doesn’t seem to care much about what the car market will be like in a decade’s time, except to say that diesel and petrol cars will be around “for a long time”. He reckons maintaining a high degree of manufacturing flexibility holds the key – and already sees this policy, steadily maintained at JLR for years, starting to bear fruit. 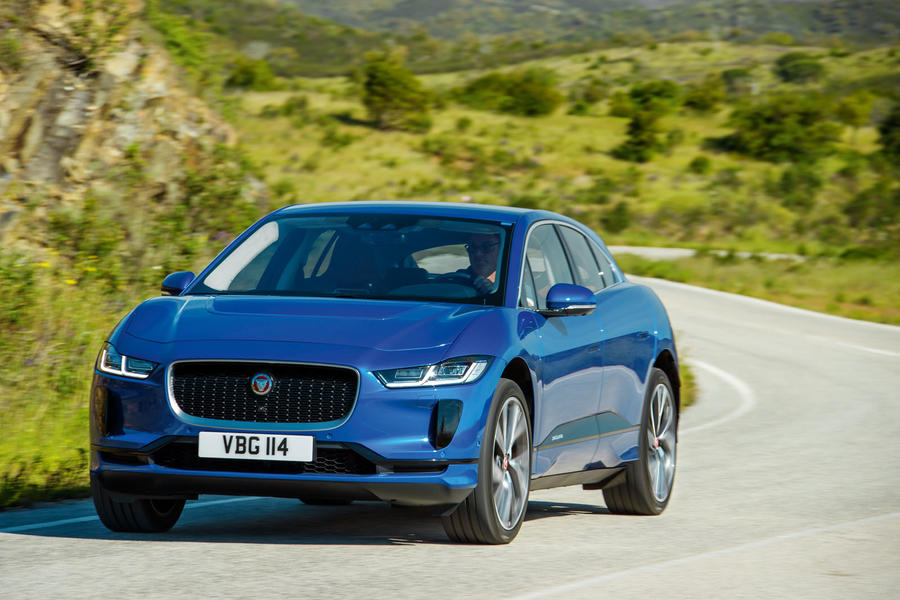 The centralisation of JLR engine manufacturing – production of modular triples, fours, sixes and EDUs (electric drive units) at the company’s Wolverhampton factory – is one huge move towards flexibility, allowing JLR to source conventional, hybrid, plug-in hybrid and full electric powertrains from one site. The same goes for an embryo battery assembly operation at nearby Ham’s Hall, where a run of 7500-cell batteries even larger than that of the Jaguar I-Pace (perhaps for the luxurious XJ saloon and its Land Rover sibling?) will be constructed by an automated process that involves 15,000 welding operations to be completed in just 11 minutes.

However, Speth reserves special pride for the forthcoming Battery Industrialisation Centre (BIC), which is under construction on a huge site near Coventry Airport. There, the capabilities and innovations from universities all over the UK can be brought together in realistic manufacturing conditions – and also tested for re-use and recycling. Speth has long recognised the need for at least one UK battery gigafactory. Success for the BIC could lead directly to this – highly desirable provided the new place embraces next-gen technology and is run on a financially competitive basis. “This could be sensational for the UK,” says Speth, “but there’s no point in setting up a battery factory just to have one. It has to deliver great products at a competitive price.”

The JLR chief may see his own company selling pure diesel and petrol vehicles for years to come, but his commitment to electrification and zero emissions – along with zero congestion and zero accidents – seems to be total. JLR’s factories are already carbon neutral. Speth is scathing about the fact that 1000 coal-fired power stations are currently under construction around the world – and critical of a German process that subsidises coal mining, sends the mined product to Poland for firing, then brings it back as clean fuel. “Does the environment know it’s clean?” he asks. 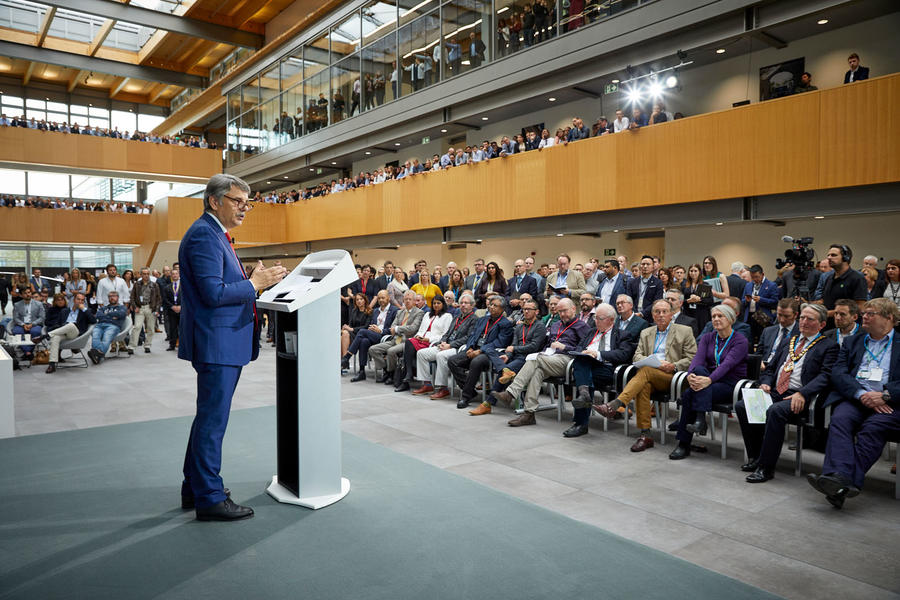 Whatever the future, says the CEO, JLR must grow to be stable and successful. He’s optimistic about the prospects: “Of course, it’s not manufactured volume that matters: it’s cash in the pocket. But economies of scale are vital. To be competitive, you need advanced technologies and they’re expensive. If you’re VW and can divide your costs by 10 million, that helps. If you’re JLR and the figure is 600,000, it’s tougher.”

I press for the ideal JLR annual production figure, admittedly without much hope. Speth is famous for not revealing targets. But maybe because it’s nearly Christmas, he relents. “A million is not out of reach,” he murmurs. “We have plans to expand our model range and we have some great designs in the drawer. But we must accompany any expansion with the very best sales and marketing techniques. But I believe we have the substance. Look at our cars in the high street: they are authentic, honest and they all have their own character. I am proud of that.”

Speth is late for his next appointment so we really have to stop talking. Trouble is, I always find interviews with Speth turn into uplifting events and so I hang about to the last. This quietly spoken man has rare insight, quiet wit and a powerful ability to fill you with enthusiasm for the future. He is most definitely (we can say this now) a national treasure.

It turns out that Speth likes quotes from great people, an enthusiasm I share, and I’m delighted to find that he recently used a favourite from Abraham Lincoln in a recent speech – as a way of inspiring others. “The best way to predict your future is to create it” was Lincoln’s killer line. Here and now in 2019, the person making best use of these words is a slim, moustachioed engineer from Munich, who nowadays lives in Leamington Spa.

JLR has had an incredible run since the launch of the first XF back in 2007, what they're achieved is incredible but a bad year brings out all the naysayers. Some people will never be happy. If you don't like them, don't buy their cars - it's really that simple.

Surprised Speth wasn't asked about the future relationship with BMW and how far they will cooperate. It does seem interesting for example that JLR's battery plant is located at Hams Hall where BMW's engine plant is