BACK TO ALL NEWS
Currently reading: Jaguar could revive C-X75 concept as next-gen F-Type
UP NEXT
New Aston Martin DBR22 is £1.5m, V12 speedster

Jaguar is favouring a mid-engined layout for the next-generation Jaguar F-Type – and it is set to revive a number of design cues from the ill-fated C-X75 concept.

The brand’s designers and engineers are mulling key decisions about the direction of the next-generation Porsche 911 rival, chief among which is whether to stick with the current front-mid-engined layout or reinvent it as an electrified – or even pure electric – model with a mid-mounted powertrain. Autocar understands that the latter is favoured by those close to the project.

Speaking recently to Autocar, now former design director Ian Callum revealed he had laid out a blueprint for the next generation of sports car in collaboration with his successor, Julian Thomson. “We could get quite close [to the C-X75],” Callum said. 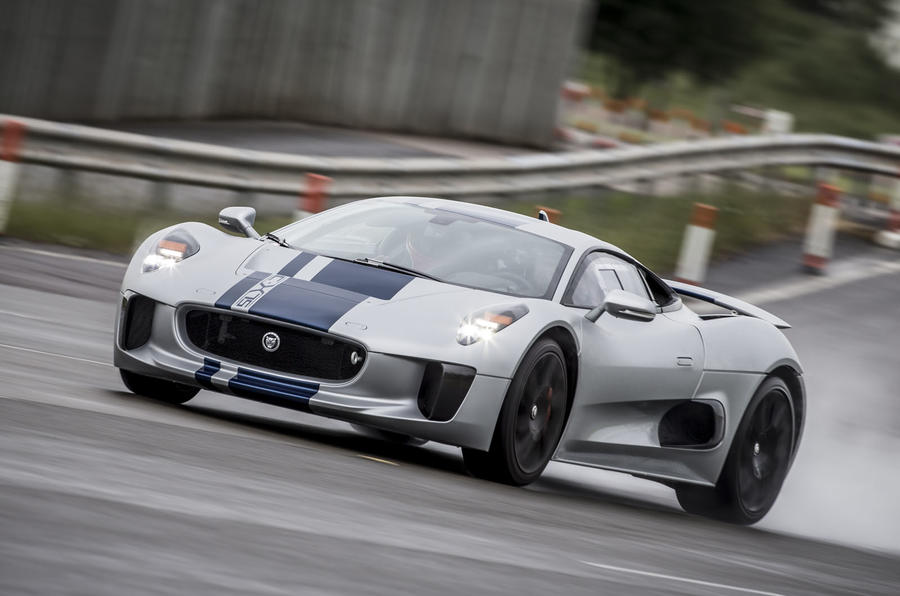 “There’s still a formula within Jaguar for a front-mid-engined car. I have a preference for mid-engined cars. It’s certainly something I would like to see.”

The suggestion is that Jaguar has progressed at least two design approaches: one in the short-nosed electric/mid-engined format Callum prefers and another with a longer bonnet to accommodate front-mounted internal combustion engines (ICE), including a hybridised V8.

The current F-Type is still set to be on sale for another three years with a round of updates to bring it into line with newer competitors. But Callum confirmed in April that the development cycle for its successor would have to begin “soon”. 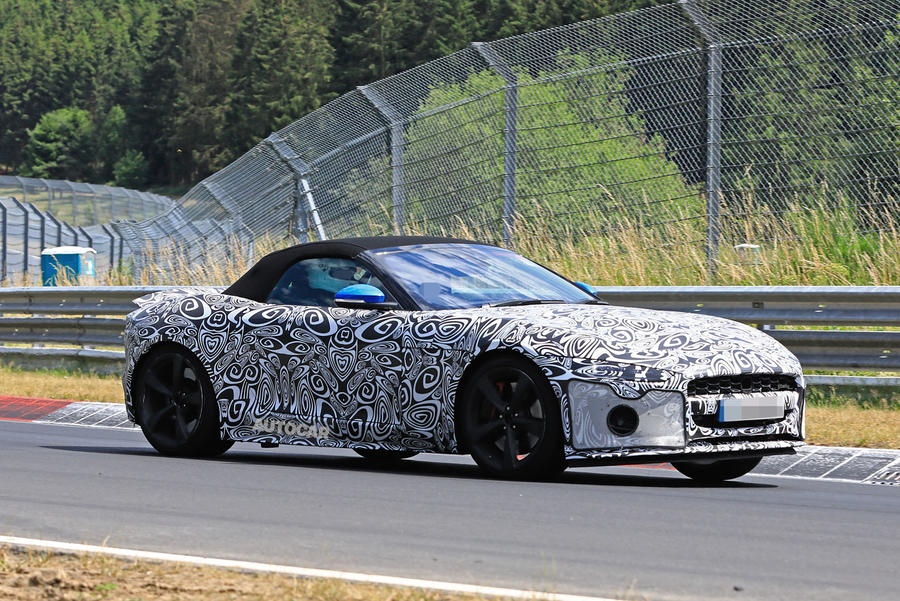 One of many stumbling blocks to developing the new sports car is the platform itself, which – if to be designed from scratch and bespoke to the model – would require lots of cash and resources at an uncertain time for Jaguar Land Rover. The company lost £395 million in the last financial quarter and hopes models such as the updated Jaguar XE, new Range Rover Evoque and heavily revised Land Rover Discovery Sport can offset significant recent investments and a slump in demand from China.

One cost-effective solution is to again join forces with BMW. The British and German makers recently announced they would develop and assemble electric drive units for future models together, but already sources suggest BMW will supply combustion engines to JLR too. As previously revealed by Autocar, JLR may also use BMW’s FAAR front-driven platform for a range of compact models, including Land Rover SUVs.

BMW bosses are said to be deciding whether to turn the next-generation i8 into a fully electric sports car. Prototypes of such a model have already undergone testing, according to a Munich-based engineering source. By sharing development of an EV sports car platform, BMW and JLR could considerably reduce costs while at the same time pooling engineering expertise and resources.

Another alternative is to make use of Jaguar’s well-proven electric car platform used in the Jaguar I-Pace. This would require investment to adapt it for a different purpose, but EV platforms tend to be easier to modify to suit different bodystyles and drive configurations than ICE ones. 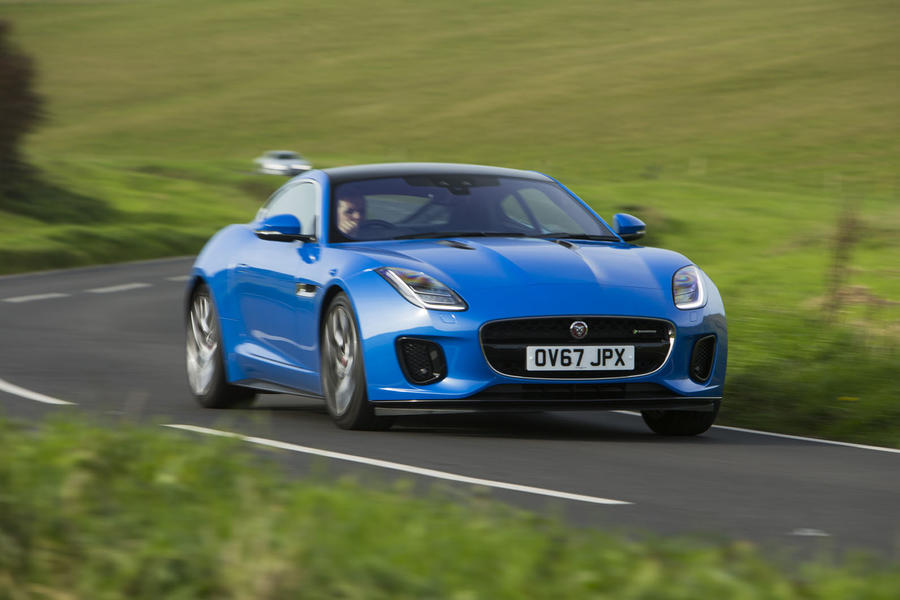 With Callum’s departure, the F-Type has immediately become his legacy in terms of Jaguar sports cars. With global sales of around 62,000 (70% in coupé form, 30% as convertibles), the model has helped rebuild Jaguar’s reputation as a maker of alluring sports cars – as it also strives to become renowned for other types of car such as SUVs. While the F-Type’s sales continue to significantly trail those of class leaders such as the Porsche 911, Callum is adamant that a successor is integral to the brand. “We will also do sports cars,” he said. “End of story.”

The C-X75 was a groundbreaking supercar originally conceived to use jet turbines as generators for an electric propulsion system when Jaguar first unveiled the concept in 2010. Working prototypes were then produced that instead used a more conventional petrol-electric hybrid system.

But by the end of 2012, the decision was taken to pull the plug on the whole project, meaning Callum’s highly praised exterior design never made it to production.

Two new compact Jaguar SUVs on the cards, tipped to use BMW platform​

Porsche has been fortunate in making a car that is unique in the market place. Their engineers have continued to keep it relevant in the face of all competition. I remember stories in various car magazines about how the new 928 was going to replace the 911 and how the Porsche engineers couldn't wait to kill off the 911. Now Porsche succeeds because 60% of its production is not from sports cars. Hopefully Jaguar is coming to the same conclusion, its future is not sporty saloons but SUVs, and in particular hybrid and pure electric ones (Geely and Volvo seem to have come to the same conclusion). The F-Type is not a halo car, and that is what Jaguar needs in its replacement.

Let’s just to step aside from the Brexit rants and buy-British xenophobia that infiltrates these forum/rants and try and examine the sentiment of new luxury or sports car buyers. The are far from daft - research indicates only around 30% of them buys with a buy-British or buy-German mentality in this segment. That’s slightly lower than the mass-market – simply because a wealthier, more educated buyer is putting a good deal of their own, or their company’s, cash into the purchase/lease.

911 is a case in point, it is super-easy to throw things at it for its same-again looks but people at this level don’t buy Porsche, or reject Jag, on nationality. The Jag lacks 2+2 which is massively important to many 911 buyers even though they hardly ever use it. The Porsche comes with a sublime purchase experience that is, unfortunately, way off a JLR dealer’s and of course reliability. With that comes healthy residual values and the satisfaction of buying “success”. The problem is that the F-Type is dating fast, surprisingly so, and weighs far more than it should and the tech so-so. Although not awful in reliability terms, it lacks the bulletproof nature of a 911. The poor old F-Type was too much of a stretch for Callum’s design team and beyond the scope of the engineers who wanted to take on a car that was best-in-class. Instead, we got the compromise we did when an XK might have clung on to existing buyers, it is nice looking but not jaw-dropping. The 911 gets around this by endlessly polishing the same shape, to a point of perfection that the buyer almost enjoys each vintage being a small, but discernible change.

The problem though is not the decisions made 10 years ago that led to the F-Type. Instead, it’s the perceptions that were framed at that time - a decade ago. Jaguar isn’t really relevant to most people – Brits (especially JLR employees and 50% of Autocar readers it seems) think it is. But, jingoism aside, the majority of British buyers don’t get wrapped up in the Union Flag and the further one gets away from the UK the less important that side of the brand’s reputation becomes – what’s left for Americans is a whiff of olden-times unreliability and to newer Chinese buyers a modern-day whiff of locally-made poor quality.

The high-end buyer just looks elsewhere, it’s not nationalism but head and heart rationalism. The head wants a solid purchase that makes fiscal and logical sense while the heart wants a great-looking sports car from a modern brand. I’d love to say the F-Type, and Jaguar, ticks these boxes but the further one travels from heartland UK it becomes less and less likely an 80k sports car buyer is going to think so. Naturally, there will be those that accuse me of JLR fan-club disloyalty but sadly I have to wonder now if Jaguar’s days are done.

Don't make me laugh, we have one left on our fleet and we replaced the last one with a Volvo!

They have proved to be the most unreliable cars we have run.

Another alternative is to make use of Jaguar’s well-proven electric car platform used in the I-Pace. This would require investment to adapt it for a different purpose, but EV platforms tend to be easier to modify to suit different bodystyles and drive configurations than ICE ones.