BACK TO ALL NEWS
Currently reading: BMW lines up all-electric future for next-generation i8
UP NEXT
New Aston Martin DBR22 is £1.5m, V12 speedster

BMW lines up all-electric future for next-generation i8

BMW is on the verge of making the next generation of its flagship i8 sports car a fully electric model, according to sources at the firm.

Bosses are at a crucial decision-making stage with the next i8 and senior officials at the German car maker are now said to be favouring a pure-electric model.

The second-generation i8, tentatively slated for introduction by the end of 2023, was originally conceived as a high-powered four-wheel drive evolution of today’s petrol-electric hybrid. That type of set-up has been clearly indicated by BMW development boss Klaus Fröhlich on a number of occasions over the past year.

However, recent information out of BMW’s R&D headquarters in Munich, Germany, reveals the development of an alternative plan under which the next i8 would adopt a newly developed pure-electric drivetrain. The Current i8 combines a three-pot petrol with electric power move would be part of a “race to road strategy” that, Autocar has been told, aims to provide a “tangible link” between BMW’s involvement in Formula E and its i electric car division. 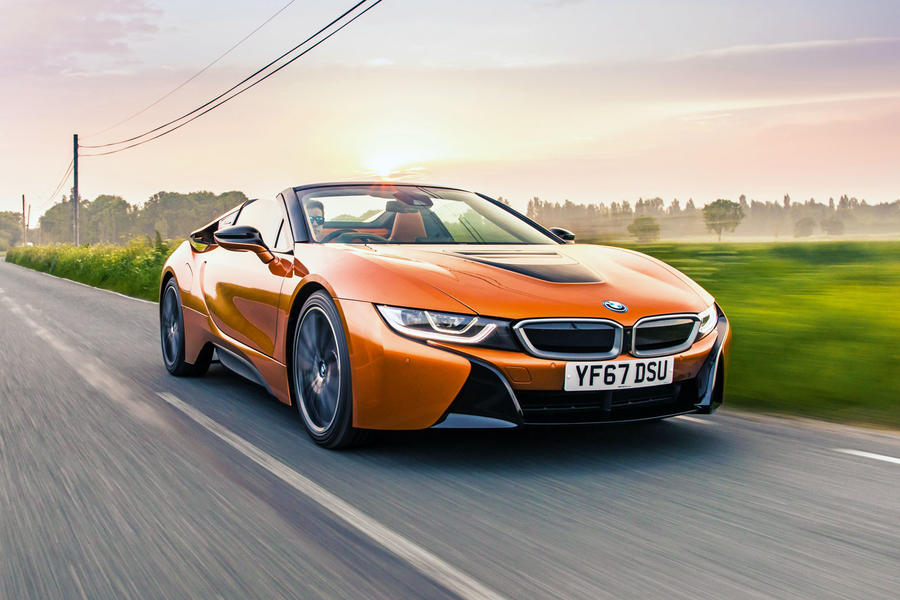 The alternative pure-electric plan developed for the i8 revolves around what one key Munich insider describes as a “new high-torque pure-electric driveline”. Its adoption could put the successor to today’s first-generation model into direct competition with a number of emerging limited-volume zero-emission supercars, including the Tesla Roadster and a planned pure-electric replacement for the existing Audi R8, while eclipsing rivals such as the planned plug-in hybrid Porsche 911.

Secrecy surrounds the new electric driveline and the amount of power it develops, although Autocar has been told it shares key elements with the four-wheel-drive system being developed for the production version of the BMW iNext, which is undergoing testing ahead of its planned launch in 2021.

Among its innovations is a new generation of electric motor. Developed in-house, it is claimed to achieve “significantly higher rotational speeds” than the existing synchronous units used in the hybrid system of today’s i8.

Prototype versions of the new electric motor, which is scheduled to be produced at BMW’s drivetrain plant in Munich, have already been tested in i8 mules, according to Munich-based engineering sources. They suggest the new motor has been conceived to provide future BMWs with the high-revving characteristics of the company’s combustion-engined cars.

The battery pack for the all-electric BMW sports car is expected to draw on lithium ion cell technology from Chinese battery specialist CATL. The two companies have already announced plans for battery manufacture at BMW’s Dingolfing plant in Germany from 2021 in readiness for the introduction of the iNext.

Although BMW has studied automotive applications for solid-state battery technology with US partner Solid Power since 2017, one source said such tech is not deemed sufficiently mature for consideration for the next i8. The source admitted that although simulation tests under laboratory conditions have brought promising results, it is still not yet ready in the unit capacity that would be required for ranges over 250 miles.

A further sticking point in the proposal to turn the i8 into a pure-electric model is the platform. Although it has been described as being suitable to support pure-electric capability, the existing model’s carbonfibre structure lacks the modularity of more modern skateboard-style designs used by rival car makers. 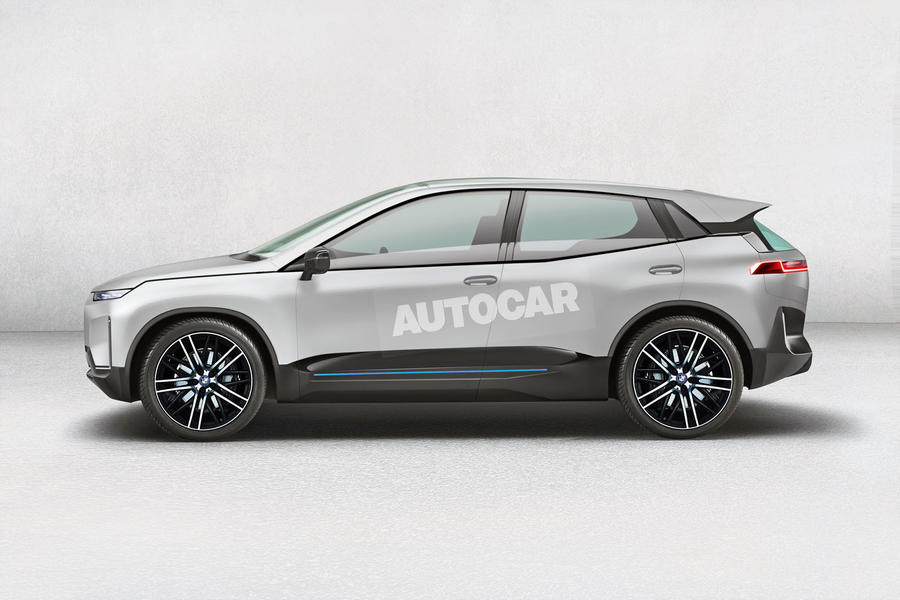 One possible scenario is to base the future i8 on a modified platform from the production version of the iNext (above), which, unlike the upcoming iX3 and i4, is set to receive a newly developed structure.

“There are two lines of thought on the new i8. Both appear to have their merits, but there is no definitive decision as yet,” a high-ranking BMW official said in response to rumours in the German media suggesting the company had already settled on the alternative all-electric option.

With raw material and battery cell sourcing contracts becoming an increasingly important consideration in the production of hybrids and pure-electric cars, a decision on how the i8 will progress would likely need to be taken before the end of 2019 to ensure it meets its planned introduction date.

Among the factors favouring BMW’s original hybrid plan for the next i8 is the relative ease and little cost with which the existing model’s carbonfibre and aluminium platform could be upgraded to accommodate a new petrol-electric hybrid drivetrain.

“I have a carbonfibre chassis in the i8, so I would like to use something like that with much more performance – electric and conventional,” Fröhlich said in response to queries on the future of the i8.

BMW’s head of development also indicated the new i8 could receive a four- or six-cylinder combustion engine in place of the three-cylinder petrol unit in use today: “Then it will be very soon in the 600bhp-or-something region and it will not have a weight of two tonnes.”

With today’s facelifted first-generation model developing 369bhp, such a move could potentially provide the second-generation i8 with nearly double the power of its predecessor. However, such a figure is still significantly down on that of a number of recent electric hypercars, most of which exceed 1000bhp and are from start-up firms.

Maintaining the i8 as a plug-in hybrid may allow BMW to keep it at a more reasonable price point than those cars, which tend to list in the seven-figure range. Although a full-electric car is likely to be pricier, BMW’s economies of scale and engineering would still help keep costs (and therefore the car’s price) down.

A decision on whether BMW will opt to spend big and turn the i8 into a pure-electric model or adopt a significantly more powerful hybrid driveline within a modified structure from the existing model is expected to be made during a board meeting in the second half of this year.

The electric i8 would have to beat

Audi is set to reinvent the R8 as an electric supercar in 2022, according to sources. While that will spell a sad end to the glorious naturally aspirated V10 engine, it will likely give a substantial performance increase. A battery-powered R8 will serve as the ‘halo’ model in Audi’s market-leading electrification plans, with targets to sell 800,000 electrified cars by 2025. The current R8’s sales haven’t been as strong as its predecessor’s and this radical rethink aims to address that. 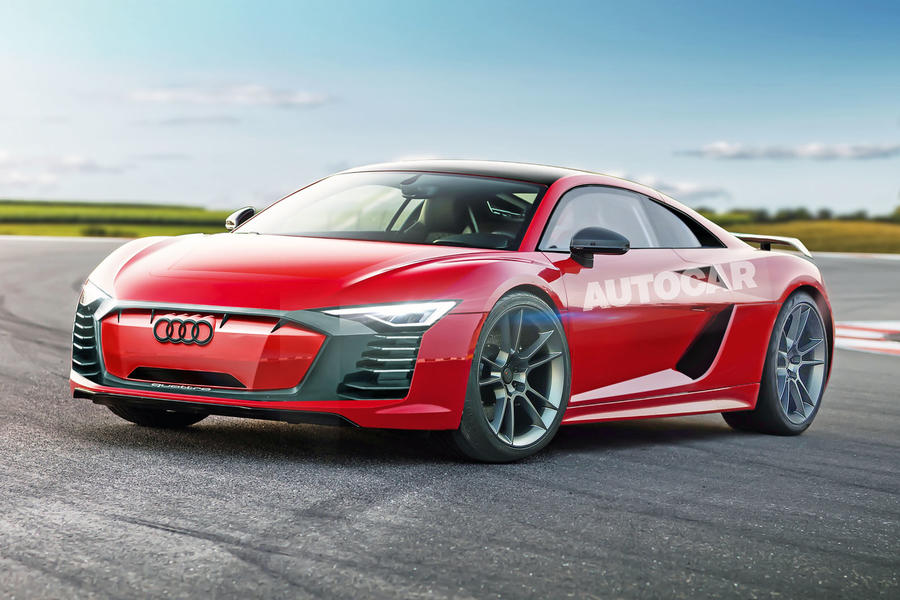 The second generation of Tesla’s all-electric Roadster has been a long time coming, and the first examples of it aren’t expected to be delivered until 2020. The Californian brand is making typically bold statements about the performance and efficiency of its Roadster, claiming it has the highest range of any production EV, at 620 miles. The promised acceleration stats are just as mind-blowing: 0-60mph in less than two seconds and a top speed of more than 250mph. 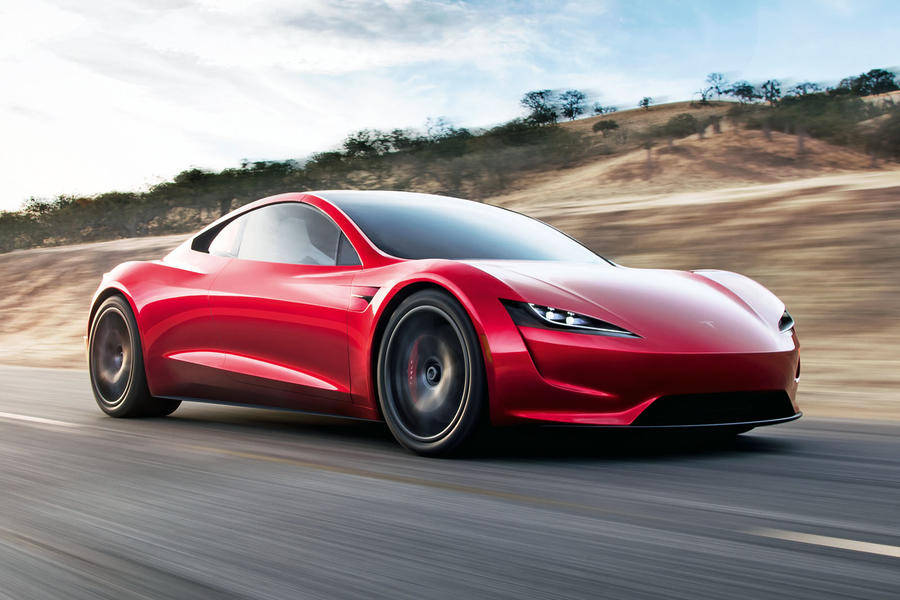 Okay, it’s not strictly an EV and not due for a good couple of years. But the Porsche 911 is the archetypal sports car and has eclipsed the i8 in terms of sales. Such a traditional car moving to a plug-in hybrid is a sign of the times. Its powertrain is likely to adopt much of the tech from the Panamera S E-Hybrid’s system, albeit mated to a flat six and at the rear. Large performance increases are expected, but it remains unclear if such a heavy system could upset the car’s balance. 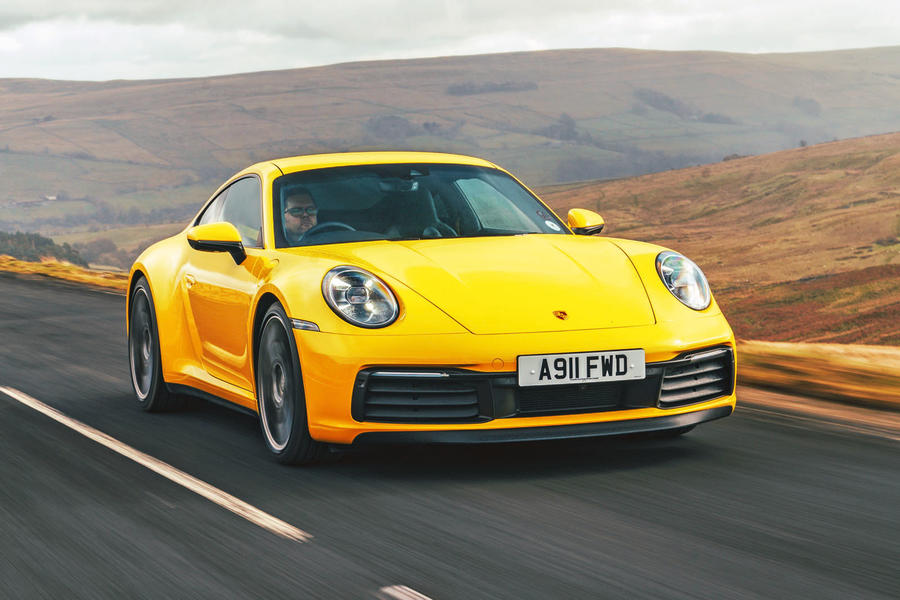 Yes, BMW have dropped some of the styling cues which gave the current I8 its individuality, but this second gen car looks good,ok, you could say it’s joining the Herd shape wise, but, having only this artist impression it looks well proportioned, it’s what is underneath that matters......

Its like some weird kind of spam, isn't it? Non stop innane drivel, and he puts his name to it! lol

Why have two engines on supercar?

I posted a few years ago as to they don't dop the engine, gearbox, transmission, exhaust etc.. and replace it with a bigger battery and mod the chassis. Weight and price wise it wouldn't be that different and could complete against the new Taycon and other forth coming BEV's.

Anyway if it goes ahead PHEV fans won't be able to blame the dropping of the plug-in grant.