BACK TO ALL NEWS
Currently reading: Future of Audi A1 in doubt, revival of A2 as an EV on the cards
UP NEXT
New Aston Martin DBR22 is £1.5m, V12 speedster

Audi boss says a successor to today's Audi A1, Q2 set to become the smallest model. A compact EV reviving the spirit of the A2 is mooted, however
Open gallery
Close

The future of the Audi A1 is in doubt, with Audi concerned about the cost of electrifying small cars relative to the list prices that they can command, Audi boss Markus Duesmann has revealed.

Speaking to jounalists prior to the unveiling of the Audi E-tron GT, Duesmann made it clear that a successor to today’s premium supermini – now in its second generation and sharing its platform with the Seat Ibiza, Skoda Fabia and Volkswagen Polo – is looking unlikely.

He said: “We do discuss what we do with the small segments. In the A1 segment, we have some other brands [in the Volkswagen Group] who are active there and very successful, with very high production, so we do question the A1 at the moment.”

“We will certainly offer Audi Q2s [small SUVs] and the like,” he continued. “That might be the new entry level for us; we might not do anything smaller.”

The future of small cars has come under sharp focus in recent years. Profit margins have become extremely slim as manufacturers battle to meet stricter legislative and safety requirements, reduce emissions and offer a greater array of technology yet still sell at a palatable price to a market now more interested in SUVs.

The cost of electrifying small cars is proving an even tougher problem, although Volkswagen brand CEO Ralf Brandstätter has said that he’s committed to producing an electric ‘people’s car’ with a starting price below £18,000 as part of the ID range. 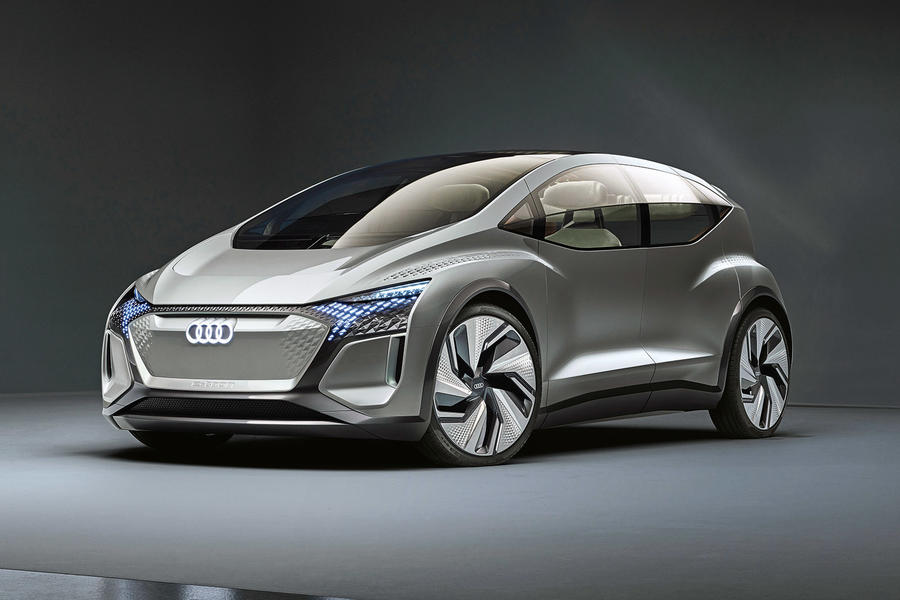 Despite this difficulty, Audi’s forward-thinking Artemis division is understood to be working on an electric successor to the 1999 A2 supermini, based on the Audi AI:ME concept shown two years ago.

When asked if this will be a direct rebirth, Duesmann said: “Maybe not exactly with that design, but I like the A2. Certainly we discuss the Audi A2 segment as well. So it might be an A2 or an ‘E2’, or an Audi A3 or an ‘E3’. We’re at the moment discussing that.”

“We have to cut back,” he said. “As we look at Audi Q4 E-tron [SUV], we have a model where we have similar combustion-engine-powered models, and certainly we don’t want to have the same portfolio electrically.

“We make purpose-built electric cars because we can offer more functionality [that way], so we will certainly cut back our combustion portfolio in the next 10 years. We have to and we will.

“As we have so many synergies in the Volkswagen Group, maybe we can have a few more models than others.”

Promoted | Audi e-tron GT: in the design team's own words

Log in or register to post comments
Andrew1 10 February 2021
"due to the costs of electrifying small cars relative to the list prices that they can command"
Renault Zoe, Peugeot 208 must be having a good laugh.
Citytiger 10 February 2021

Perhaps Audi are just admitting that like the Citycarvery or whatever its called, no one buys them.

Th A1 was only ever a shrunken A3, so I can see where dropping it in favour of a different looking A2 (with a raised floor for batteries) makes sense. The A2 was at least innovative in design and appearance.The A2 and the original Mercedes A class were ideal for electric drive, due to this feature, but it never happened. Perhaps now is the time.