BACK TO ALL NEWS
Currently reading: BMW M340i xDrive officially unveiled at LA with 369bhp
UP NEXT
UK EV charging network to improve after "horrible" summer

Just over a month after the unveiling of the standard 3 Series, BMW has pulled the covers off the range-topping M340i version at the LA motor show.

The performance flagship sits above the 330i in the upcoming G20-generation 3 Series range.

The M340i marks the first time that BMW’s sporting sub-division has preceded the model number of a 3 Series, reflecting the volume of design and tuning elements carried over from full-blown performance models such as the M3. 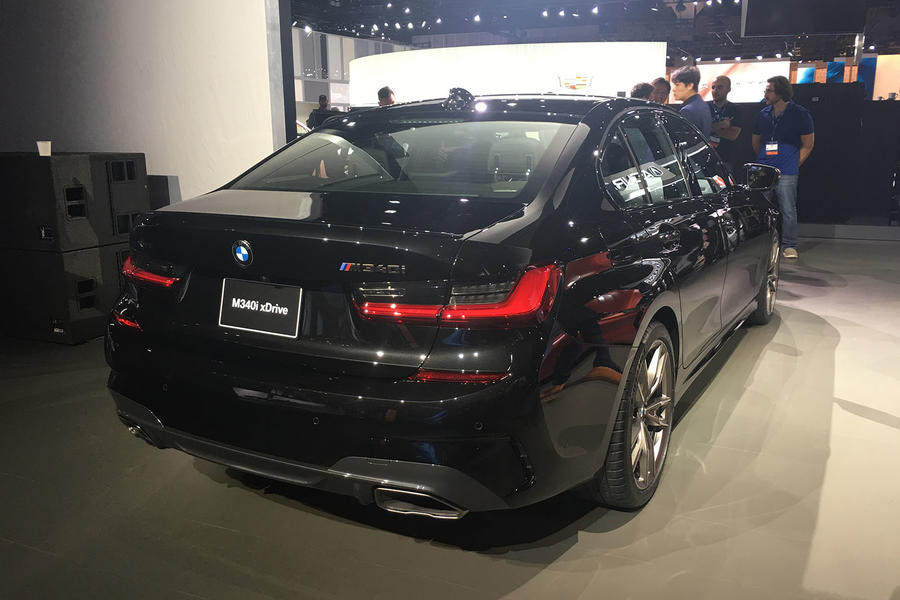 At 369bhp, the power output of the six-cylinder unit is 47bhp more than that of the most powerful previous-generation 3 Series. Peak torque is up as well, rising by 37lb ft to 369lb ft.

The power upgrades translate to a 0-62mph time of 4.4sec, 0.5sec faster than the outgoing 340i - an achievement brought about in part by the shorter ratios of BMW’s latest eight-speed automatic gearbox.

The M340i comes equipped with BMW’s xDrive four-wheel drive system, which, alongside an M Sport differential, allows drivers to modify the bias of power toward the rear wheels.

The new model sits 10mm lower and has a wider track than other variants in the 3 Series line-up, while electronically controlled dampers come as part of the optional Adaptive M suspension system. 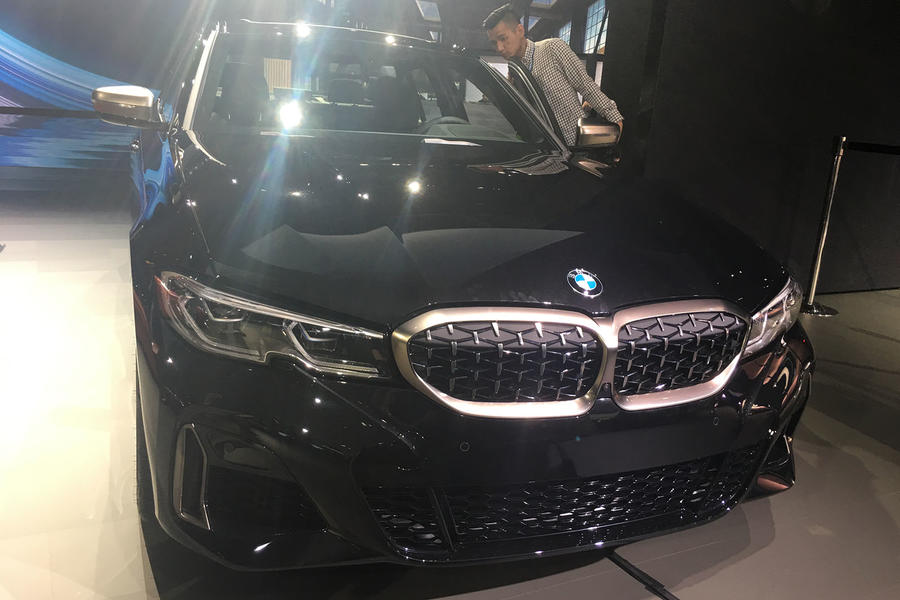 M tuning extends to the standard brake system on the M340i, with M-branded calipers mounted to 348mm discs at the front and 345mm discs at the rear. M-branded 18in alloy wheels can be wrapped in a range of performance-oriented tyres.

The M340i’s design also sets it apart from the rest of the range. Extra vents at the front are said to “optimise both the cooling air supply and aerodynamics”, while model-exclusive styling elements include a colour-coded rear spoiler and trapezoidal exhaust.

The launch of the M340i follows speculation that the 2019 Geneva motor show will see the debut of the 3 Series Touring, which will likely be available in M340i-spec.

Customers can order an M340i from approximately £49,000 as of May 2019, with first deliveries expected from August.

I'm interested in the BHP figure.  Is the 369 for Euro models?  The same engine in the Z4 is rated at 374hp in the US, but only something like 335 in Europe due to emissions restrictions.  I'm interested to know why the 3 series appears to get the full output in Europe (if it does) but the Z4 doesn't.

They have managed to out-ugly the last 3 series inside, and that takes some doing. Current model was so bad it put me off the 330D I owned for two years - rubbish interior design and poor quality - if you misjudged the stupid seat back adjuster you were lucky not to cut your hand on the plastic mould line under the surround. After the wonderful F10 5 series I owned I was so disappointed by interior design and quality.

For those that don’t know the seat back adjusters on the 3, it works on teeth that are way too big, and when you pull the handle it fully disengages and leaves you contorting your back to adjust the seat back angle, and seems to have 5 degree increments. Why they can’t use a fully adjustable rotary knob I have no idea. Can they not just sack the entire interior team?

How is it possible to make the interior worse in terms of design? It’s neither classy or interesting. It’s ugly and fussy.

I’m on my fourth and haven’t had a duffer yet, , whether they’re on trend doesn’t matter a jot, it’s how they drive, some of you will never understand....

Putting aside the OTT bodykit and the horrendous rear exhausts (give me normal circular exhausts any day of the week), this could be the most complete 3. Can't wait to see reviews.