The all-new Aston Martin DBS Superleggera leaked on the internet hours before its official reveal, showing its full design and the specifications of its uprated V12 engine.

Leaked specs show that the Ferrari 812 Superfast rival uses Aston's turbocharged 5.2-litre V12 engine in its most potent state yet, offering 715bhp and 664lb ft of torque to enable a 0-60mph time of 3.4sec. Drive is sent rearwards through a ZF eight-speed automatic transmission that has been specially adapted to handle the additional torque.

There are clear design links to the DB11 and Vantage, but the car has sleeker tail-lights and quad exhausts with sharper, more aggressive front-end styling to emphasise its added potency.

Leaked info on TopSpeed says that the body produces 180kg downforce at top speed; this is more than any other series road-going Aston model (so that excludes Vulcans converted for road use). 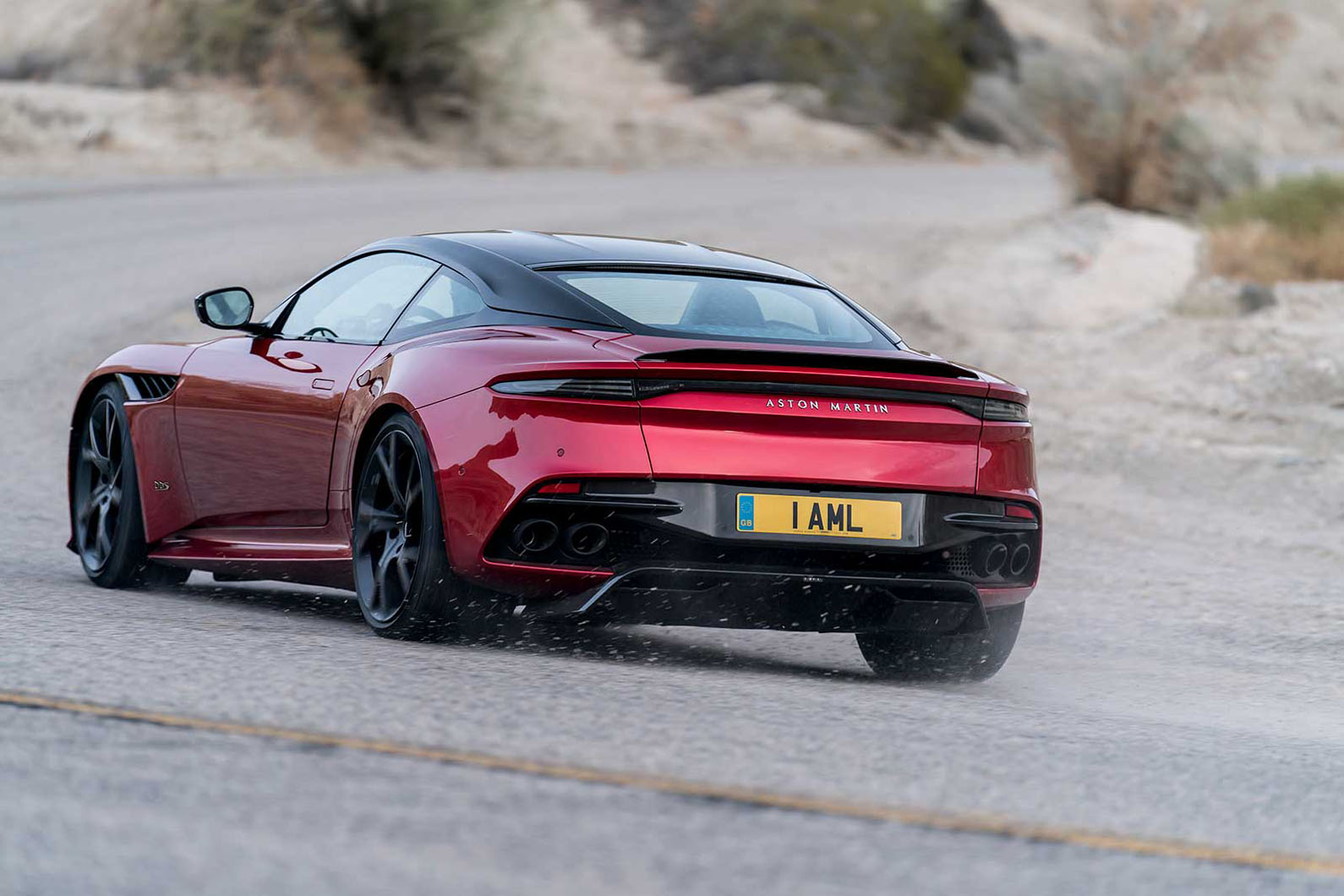 Aston has refrained from commenting on the numbers and images, but it is thought that they are genuine and illustrate the major step forward in performance Aston's latest models are taking.

As confirmed by previous testing shots, the DBS Superleggera will also spawn a convertible version that looks set to become the brand's fastest drop-top yet. Following the coupé in June, the DBS Superleggera Volante, which has just been spotted testing for the first time, will arrive in early 2019 to create a pair of high-performance successors to the current Vanquish and Vanquish Volante.

In keeping with the Superleggera name, which has through history been reserved for only the highest-performance Astons, the DBS Superleggera will move away from the luxury-focused Vanquish and its present rivals, such as the Bentley Continental GT, to compete against proper performance models including the 789bhp Ferrari 812 Superfast.

Company boss Andy Palmer stated his intentions for this harder Vanquish successor to Autocar last year, alongside confirmation that the convertible version would follow.

More recently, Aston chief creative officer Marek Reichman emphasised the DBS Superleggera's potential, stating that the brand has "pushed the boundaries of performance and design to give this car a distinct character and ensure it’s worthy of the heritage and weight that this name carries". 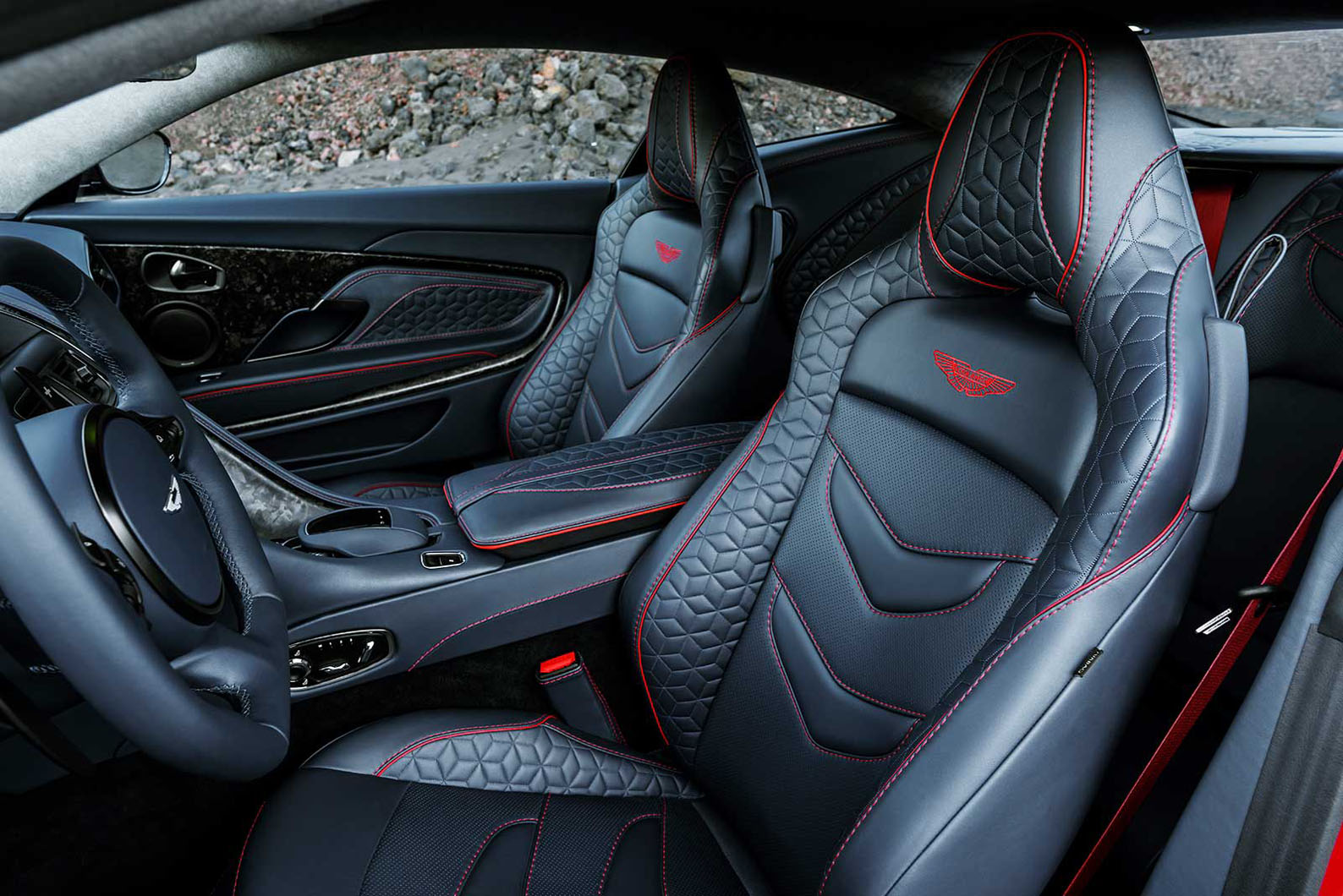 Early mules for the DBS Superleggera, described as “bloody good” by Palmer, were based on a DB11 because the car's structure is an adjusted version of that car's (as well as the new V8 Vantage's). Palmer has previously emphasised the adaptability of the new structure, telling Autocar that each car that it is spawning is helping Aston shed "perceptions of old technology, old platforms and the question of whether we can survive as an independent manufacturer".

The DBS Superleggera is part of a major product offensive for Aston. The British marque will also launch the DBX SUV in 2019, to be built at Aston’s new factory in St Athan, Wales. In addition, there will be two Lagonda models. The first will be a saloon, previewed by the recent Lagonda Vision Concept, in 2021 and it will be followed by an SUV to rival the Bentley Bentayga in 2022.

Aston plans to launch a mid-engined rival to the Ferrari 488 GTB and McLaren 720S in 2021. The car, which will inherit the Vanquish name, has been signed off for production and will use an all-new powertrain.

The new cars will sit beneath the brand's halo model, the Valkyrie hypercar.

Love it with the exception of the Aston Martin script on the boot which is awful. Just the winged badge for me please. But I love the aggression of the big grille offers, do the Vantage grille like this and it would be a winner. As it is .... the Vantage is a munter but this like the DB11 is fantastic.
Tris Buckley 26 June 2018

For years the critisim with Aston Martin was, unlike Ferrari, all of its cars looked alike!

Maybe Aston Martin should be more honest and just call their same basic plaform/same basic shape car one name and then offer variations based on performance. Maybe the DB11 S (for sport)?

Looks like it's taking a massive gulp of air. A bit OTT and out of proportion with the rest of the body, will be less obvious in black but...this isn't a Model T.