BACK TO ALL NEWS
Currently reading: Jaguar I-Pace eTrophy racing series starts in December
UP NEXT
Fisker goes radical with Pear EV SUV

The eTrophy race series, win which race-honed Jaguar I-Paces race as a support series to Formula E, has been confirmed to begin on December 15, in Ad Diriyah, Saudi Arabia.

Ten rounds of the all-electric race series will take place, with each race taking place in a different country, although the last two races in the series will both take place in New York. No UK race is planned, despite Jaguar being a UK-based brand. Each race will last 25 minutes, plus one final lap, and the prize for the winner is in excess of £500,000.

Qualifying and practice rounds will come before each race, the last of which takes place on 15 July 2019. Each race will also have a celebrity driver, both from the motorsport sphere and elsewhere, competing.

Jaguar’s Special Vehicle Operations (SVO) division provides the racing variant of the I-Pace to compete in an eTrophy series to support Formula E later this year.

A field of up to 20 cars will race during the Formula E weekend schedule of 10 events in the 2018/19 season, giving the eTrophy a role similar to that of the Formula 1-supporting Porsche Supercup series.

To prepare the all-electric I-Pace SUV for the harsh environment of racing, SVO will equip it with competition suspension, a roll cage and other track-spec modifications such as a fixed rear wing and diffuser.

Jaguar has yet to confirm the power output of the production I-Pace, let alone the racer, but the concept that previews it offers some insight into the performance we can expect. The production I-Pace uses two electric motors - one at the front and one at the rear - with a combined 395bhp and 513lb ft, with energy supplied by a 90kWh lithium-ion battery. The production car can hit 60mph in 4.5sec, but performance of the racer could be enhanced with increased output as well as a reduced kerbweight.

Last year, Autocar revealed how Jaguar was using the development work of its Formula E programme, where it fields two cars in the Panasonic Jaguar Racing team, to speed up the progress of its I-Pace road model. The launch of the I-Pace racing series is seen as a way to boost the appeal of Jaguar’s first electric car, which was described as being a “driver’s car” that “maximises performance” by the brand’s Formula E team director James Barclay.

Jaguar Racing chairman Gerd Mäuser said: “We’ve always said we want to prove our electrification technologies on the track – this is the proof. I am looking forward to seeing a full grid of Jaguar I-Pace race cars in late 2018, soon after the first Jaguar I-Pace hits the road in Europe. Ultimately, this innovative series will enhance the technology in our future electric vehicles and benefit our customers.”

The launch of the eTrophy series will help to pad out the weekend schedule of Formula E events, which so far have lacked a support series. The driverless series Roborace was supposed to fill some of this void, but its introduction has been delayed. 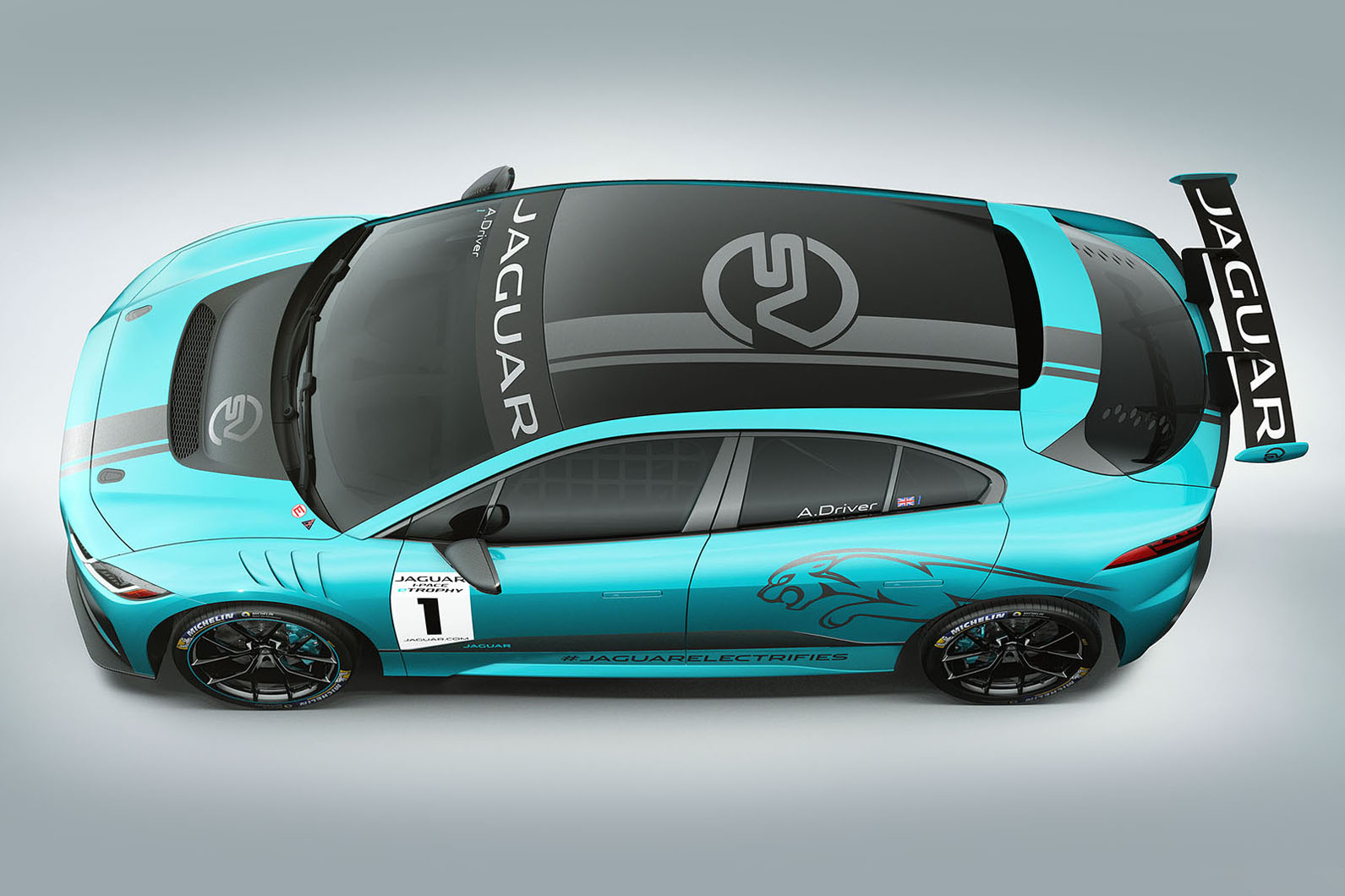 Formula E founder and CEO Alejandro Agag said: “I’m delighted that we will be adding to our race-day schedule with a competitive new support series for season five. The Jaguar I-Pace eTrophy will bring more entertainment for fans in-between sessions and will be a further testament to the advances in battery technology and exciting electric performance.”

Maybe Austria didn't want a race of teh car it builds    :)

Has anyone else noticed, that beyond the ground effects package and the slits in the front wing/fender this is the production bodyshell. The front and rear lights are probably the production units as well. The reveal can't be too far of now. Perhaps, L.A. Auto show in November?

Following the great Touring Car adage, Race of Sunday, sell on Monday. I Pace series could make Formula E weekends worth watching! Imagine getting the Formula E drivers into cars you can own and watch them race, a bit like the 1960's when Jim Clark and co would race in the support events as well at the main event!