Audi has revealed its first fully electric racing car, the E-tron FE04, which it will use to defend the Formula E driver's title in the 2017/2018 season.

Team Audi Sport Abt Schaeffler’s single-seater will make its competition debut on 2 December in the first round of the championship in Hong Kong. It will mark the start of the team’s status as a fully-fledged factory-backed outfit.

The E-tron FE04 has ditched the three-speed transmission of its predecessor for a new single-speed system.

Audi said that its engineers, many of whom have been transferred across from Audi Sport’s now-defunct World Endurance Championship (WEC) and Le Mans programmes, chose this less common option in a bid to improve drivetrain efficiency. 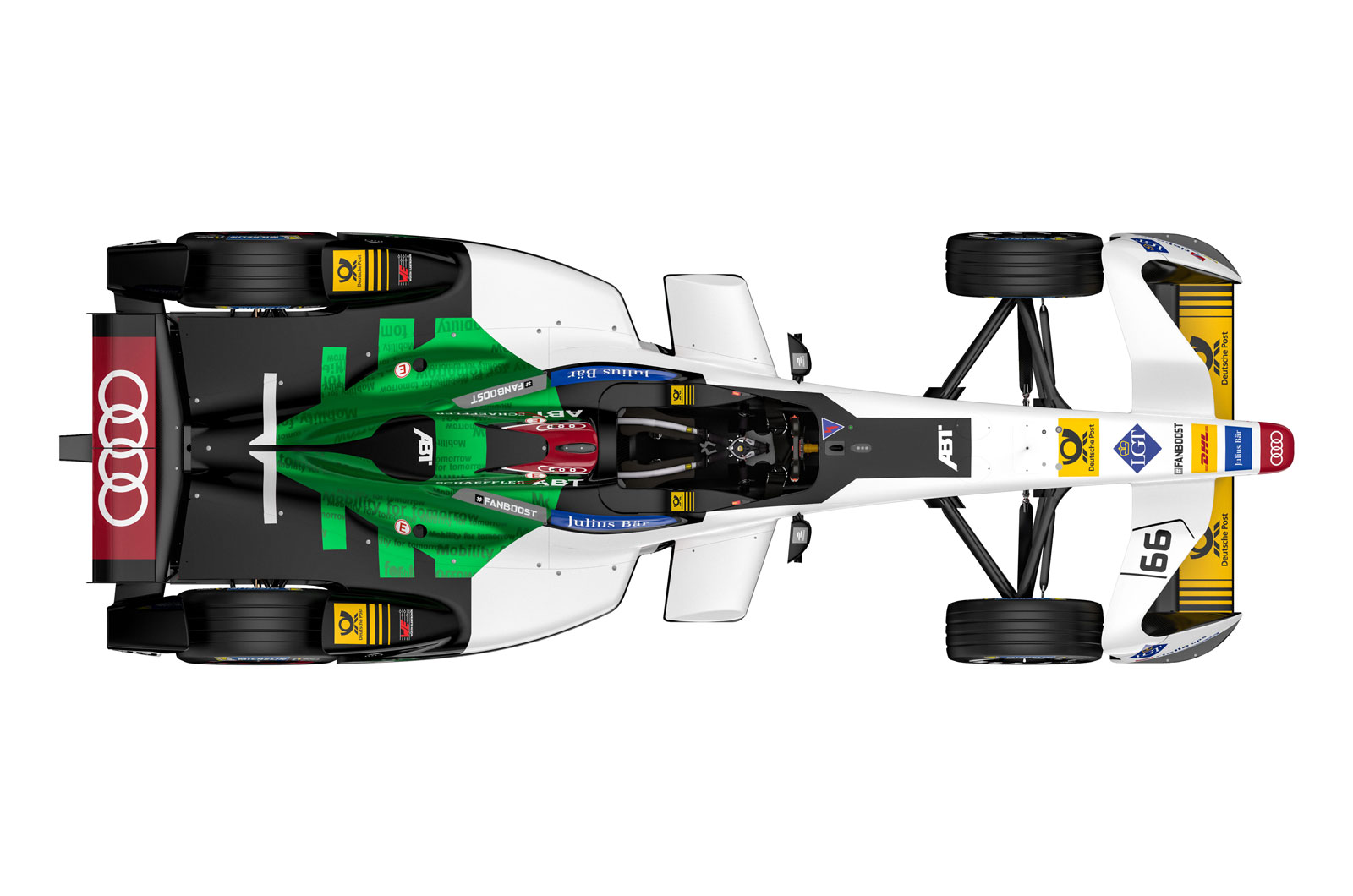 It also more closely aligns the racer to the brand's EV road car projects, the first of which, the E-tron SUV, will make production in 2018, followed by the E-tron Sportback (pictured below). Audi is also considering producing an all-electric supercar as a successor to the R8 e-tron.

To mark its increase from part to full factory support, the FE04 gets an all-new green and white livery in place of the green, red and yellow colours of the previous FE02. Like that car, the new model will produce about 266bhp in qualifying trim and accelerate from 0-62mph in around 3.5sec.

Reigning Formula E champion Lucas di Grassi and teammate Daniel Abt will begin on-track testing and development of their new racer next week in Valencia at the only official pre-season test. 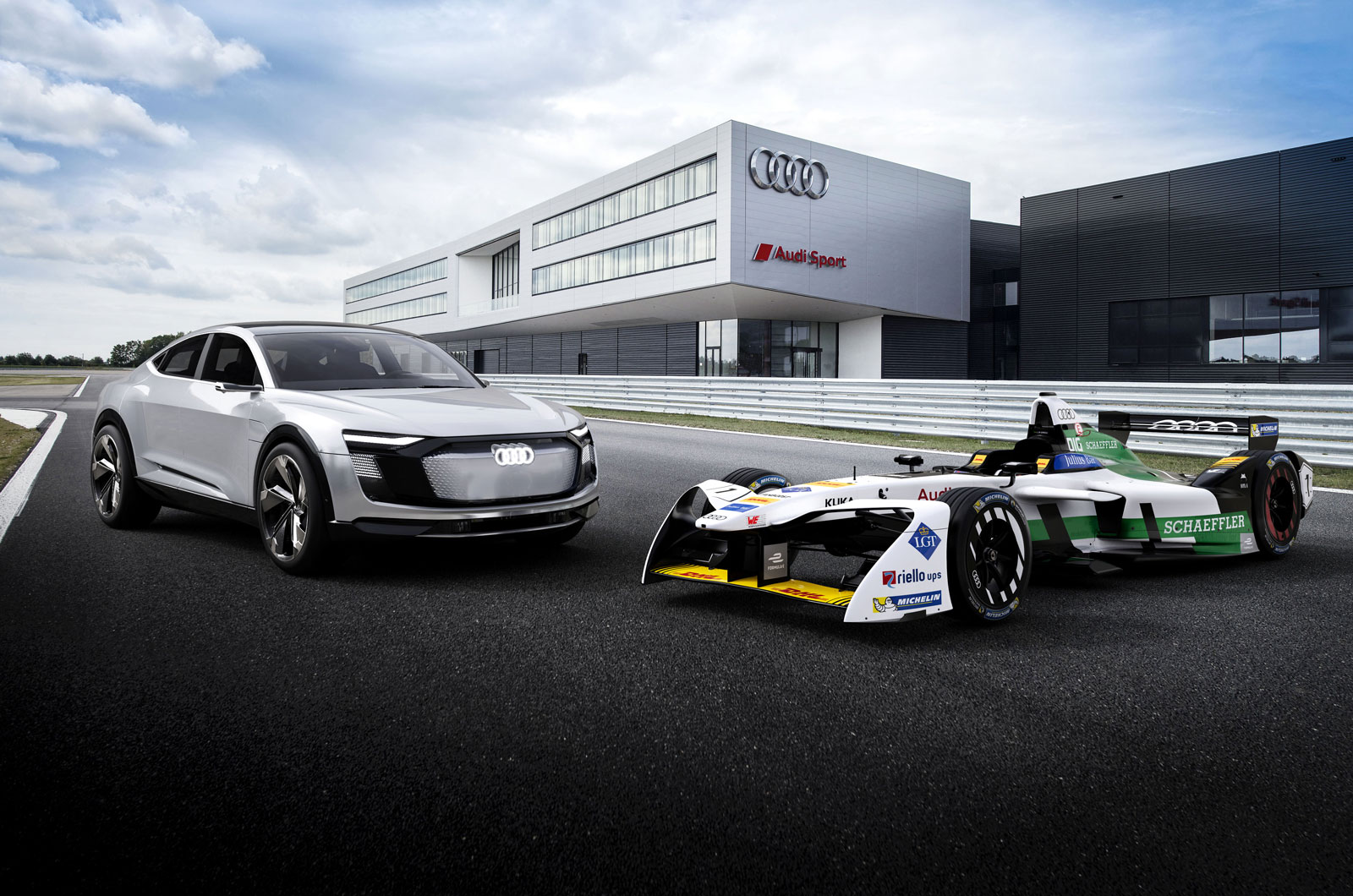 Formula E will soon be able to lay claim to having the most major car manufacturers on in its grid of any major racing season. For this coming season, reigning constructor’s champions Renault remain favourites, while DS, Jaguar,  Mahindra and NextEV all continue their factory support.

BMW has partnered with Andretti Autosport for the upcoming season, but it won't enter as a factory team until the 2018/2019 season. Mercedes will also join with full support in the same year, while Porsche will make its entry in the 2019/2020 season.

Volvo has revealed plans for it to enter the championship with its performance brand, Polestar, but it is yet to make any official movements.

Toyota - Big Turbo's in world rallying, so serious they were a banned.

Soon as audi gets involved with any motor-sport they want to change all the rules so they have an advantage, they've done it 3 times as far as I can remember rallying, touring car( with 90 degree crank...banned) and le mans 24 hour with diesel engines.

Formula E isn’t going down the route of obscuring the driver from the viewer by adding that Halo rubbish. Things like that and major manufactures becoming part of it might make a bit of dent in the populatity of F1/F2(next year) etc in the coming years.

One of reason the big boys are involved are the relevance and the low cost, you won’t get through 5 multi million pound engines/gearboxes in a year! That’s not even including practice and testing!