The third international Concours of Elegance, featuring 60 exceptional classic and modern cars, is under way at Hampton Court Palace.

Present at the show include early motor cars, such as the 1904 Oldsmobile Model N ‘French Front’ Touring Runabout, and familiar classic race cars like the Ford GT40.

Also among the myriad notable and immaculately presented entries are the Lancia Stratos Bertone Zero, the legendary McLaren F1, the Mercedes-Benz 300SL Gullwing and the Jaguar XK120 ‘Jabbeke’.

Modern cars featured in the concours include the BMW i8, LaFerrari and Bentley Mulsanne. The 60 entries are also joined by over 500 other cars from car clubs, as well as many other classics in a dedicated 'tax exempt' parking area.

As well as viewing the many cars, some of which have never been seen in the UK before, visitors will also be able to browse several manufacturer stands, including the recently revived Atalanta.

Classic British manufacturer Bristol is present at the concours too; it used the first day of the event to announce its intent to launch a new model in 2015 and outlined future plans for a "mega-luxury" hybrid grand tourer.

The show is open to the public on Saturday 6 September and Sunday 7 September, although the number of tickets is limited. Adult passes for the day cost £35, granting entrance from 10AM, or an afternoon pass – valid from 1PM onwards – can be purchased for £25.

Child admission costs £12.50; those under five can enter for free. Senior citizen tickets cost £25 or £15, for the day or afternoon. 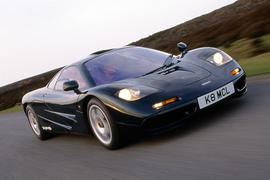