BACK TO ALL NEWS
Currently reading: Shanghai motor show 2019 notes: news, updates and more
UP NEXT
Grand touring: 1000 miles across Europe in the new Alpina B3

Shanghai is quickly becoming one of the world’s premier motor shows, with home-grown manufacturers looking to expand outside their native territory and European brands searching for a lucrative piece of the world’s largest car market.

Manufacturers are happy to cater to the Chinese appetite for extended-wheelbase saloons, big-grilled SUVs and electric cars, with BMW introducing the 3 Series LWB and Aston Martin unveiling the Rapide E.

At this year’s show, the likes of Geely, BYD, Wey and Nio have introduced cars that will eventually make their way to Europe (including the UK), while Geely-owned Lotus finally confirmed its electric hypercar, the Type 130.

From an entire conference centre filled with new cars and industry executives to question, our reporters have spilled their notebooks to bring news straight from Shanghai.

Here’s a curiosity of the Chinese market: a Lexus MPV. Showing that brands can mean different things in different markets, the LM is one model you can bet won’t ever make it to Europe. A vast thing with strange proportions and a grille to make the BMW X7 look reserved, it's one we’ll happily go without. 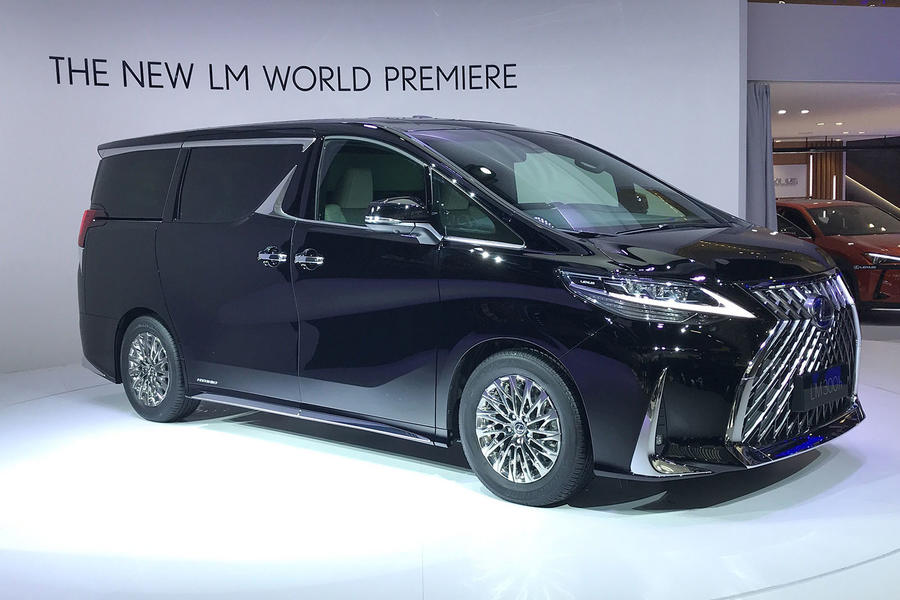 After announcing that it's pulling out of Europe, Infiniti is pinning its hopes on the Chinese market. Sales and marketing chief Christian Meunier has confirmed that its first electrified model will be built in China for China. The upmarket Japanese brand is also launching its QX50 SUV in China for the first time. 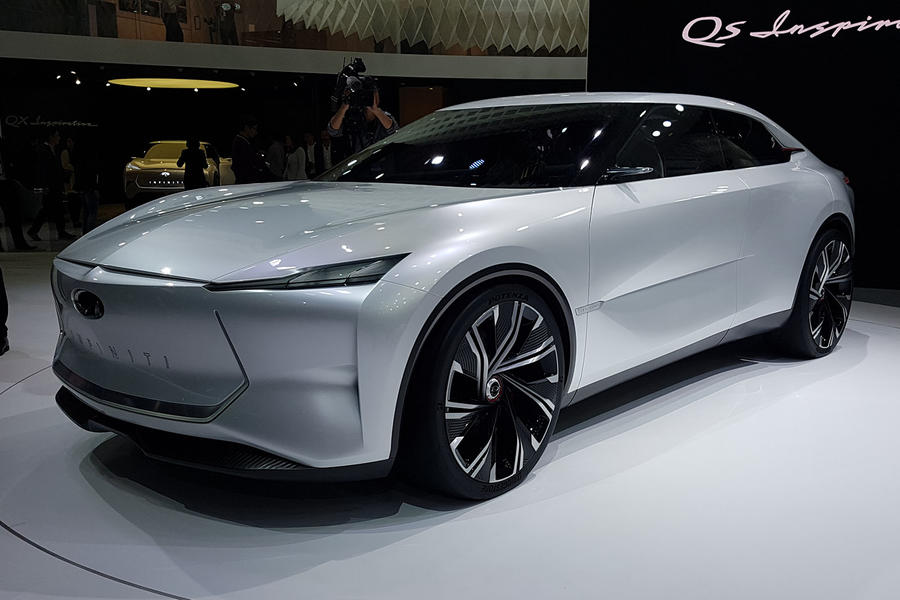 Great Wall's new premium SUV brand, Wey, has confirmed its intention to launch in Europe to take on the likes of Audi and BMW. It has also revealed a high-tech concept car called the X, which includes a host of technology, such as laser headlights, that Wey plans to launch on its future models. 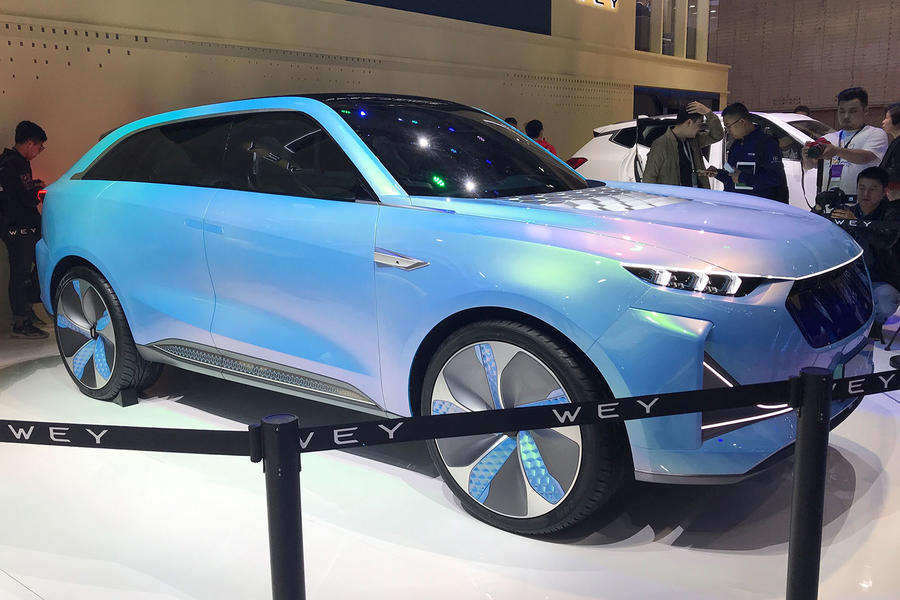 Great Wall is one of China’s largest car groups, with the best-selling Haval and Wey SUV brands. There’s talk here Volkswagen, the long-term market leader, is increasingly concerned and wary of its growth and success.

Perhaps it would be paying even closer attention if Ferdinand Piëch had invested; the ex-Volkswagen chairman met Great Wall founder Wei Jianjun at the Frankfurt motor show two years ago to discuss investment and involvement, but it never came to anything, insiders claim. 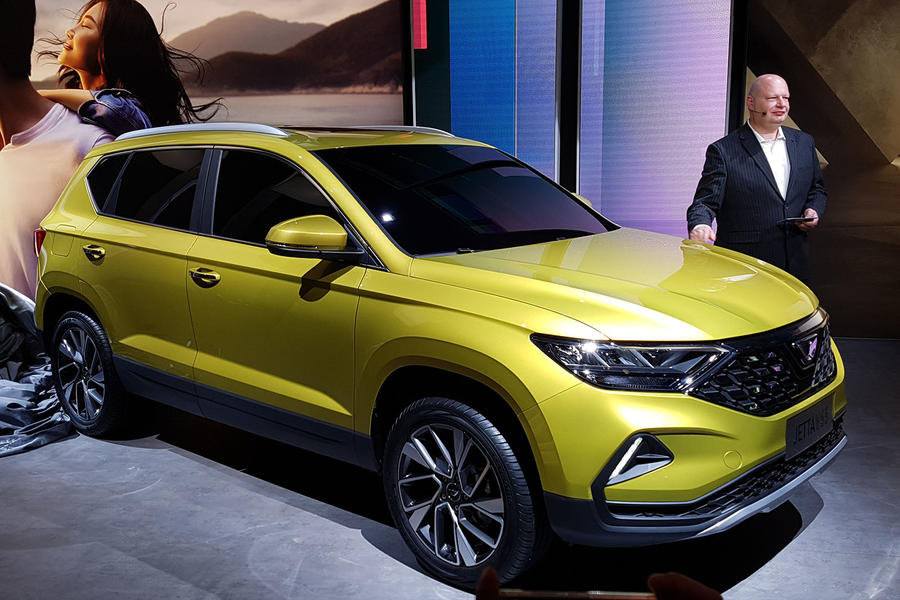 There’s a Chinese EV start-up named Weltmeister, which means world champion in German. Why such a name for a Chinese car company with no export ambitions?

However, perhaps the move has backfired, because Shen told us that the firm is struggling to register the Weltmeister name as a trademark, so it might end up calling itself WM Motor instead. 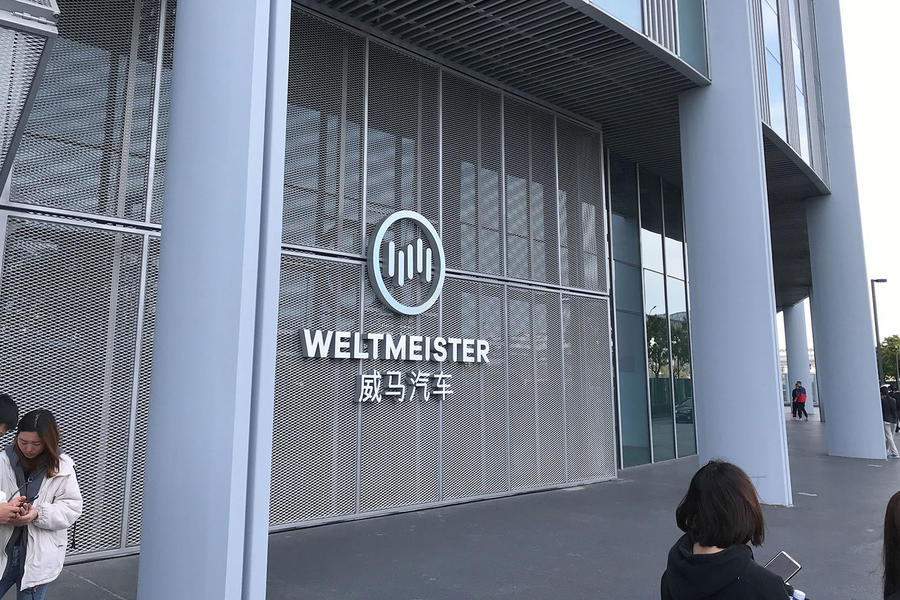 Geely is perhaps the stand-out performer among all Chinese brands for design, which is no surprise, given it has the talents of industry veteran Peter Horbury atop its team. Its Shanghai show star in 2019 is the Preface concept, a sleek saloon that’s said to preview Geely’s future styling direction. It also shows Geely’s desire to push its models upmarket with ever sportier styling – particularly its saloons. 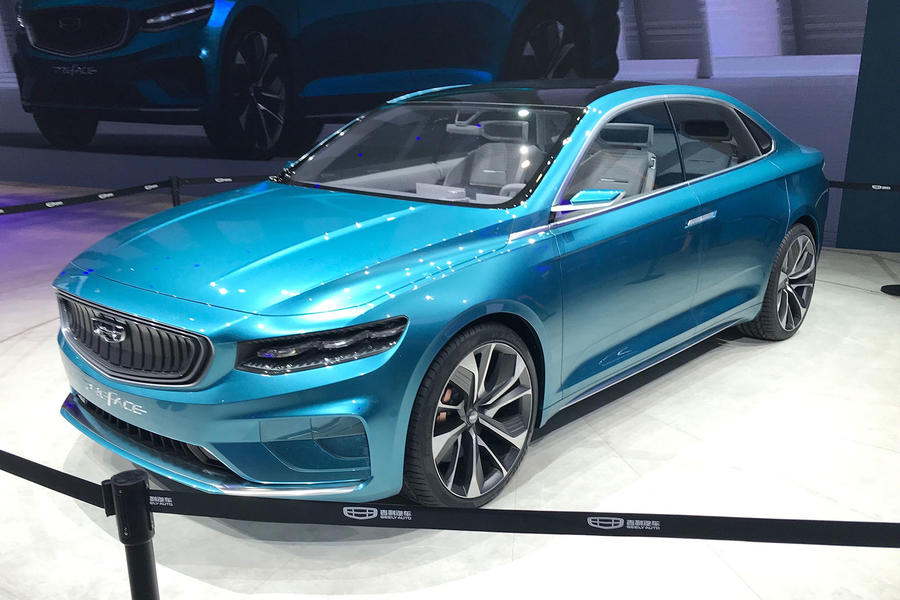 China's own brands have pride of place

European motor shows are often dominated by the big German car makers, but Shanghai is different. Yes, the Volkswagen Group has a huge presence here, but Chinese brands have taken the lion's shars of floor space. Nio, a relative newcomer, reflects the vastness of the Shanghai show with its huge – and hugely popular – stand. 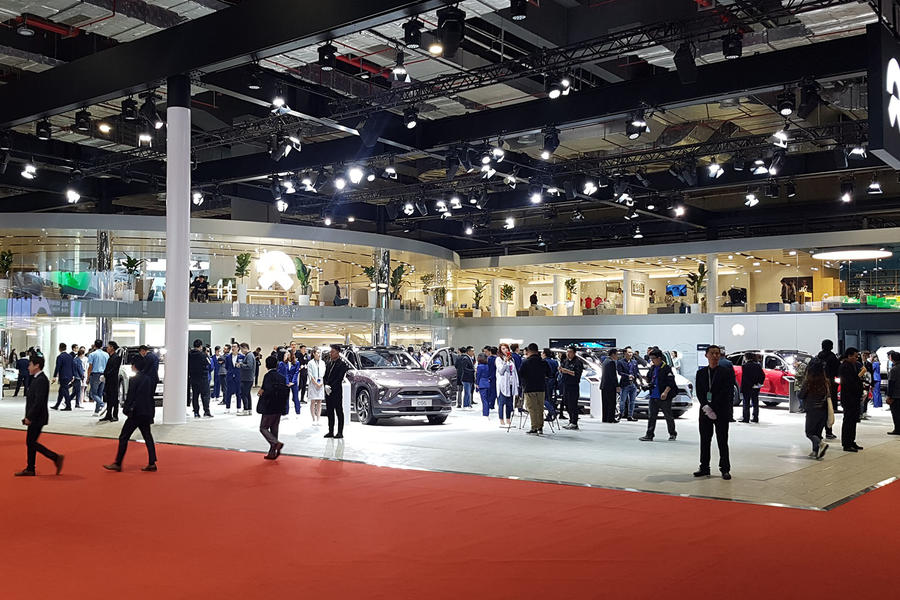 Weltmeiester (or WM Motor) has revealed its second model, the EX6. Like so many at the show, it’s an electric SUV. Weltmeister hopes to be different by offering several different battery pack sizes in the same body, saying only Tesla does this in China. It’s also proud to be be a mid-market brand; CEO Freeman Shen says most EVs are either small and cheap or large and expensive and thinks his firm can step in the middle. 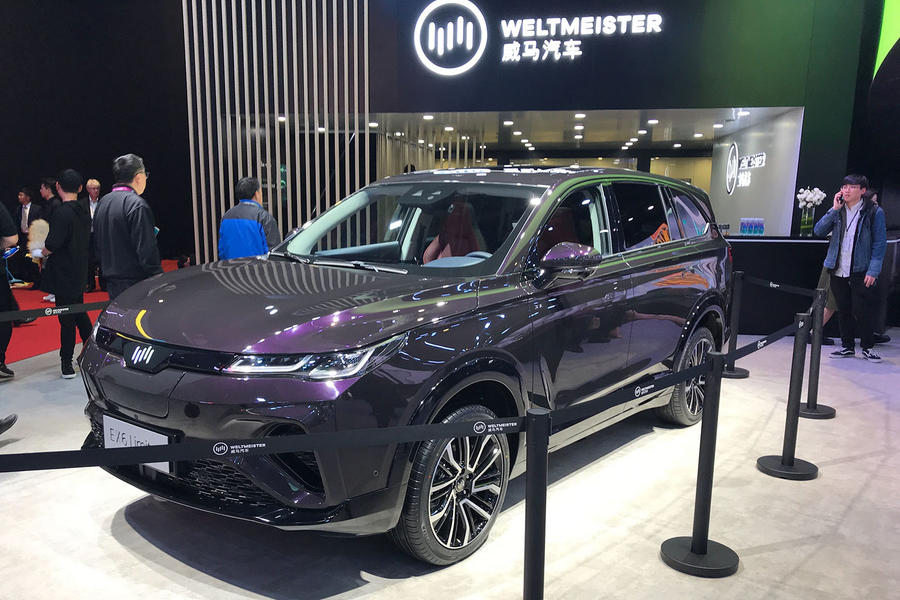 We’ve long craved a return for MG in making performance cars as part of its rebirth under Chinese ownership. When it arrived today, it wasn’t quite as expected, MG bringing back its short-lived X Power performance branding on a concept version of the 6. Perhaps that’s not the best MG era to draw inspiration from... 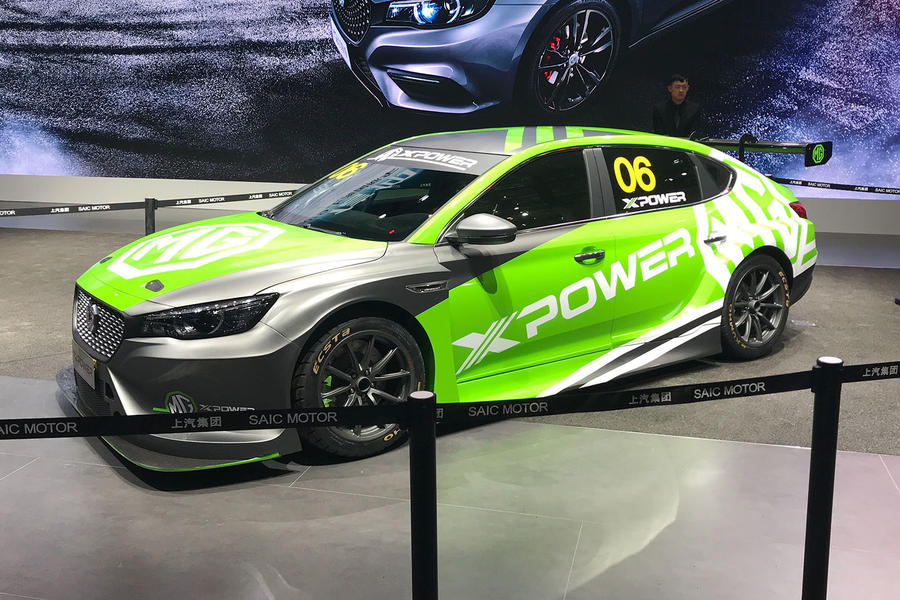 Geely's new marque is EV only

One of the biggest crowds today was around Geely’s new Geometry electric car brand. The first model, a saloon, is smart and inoffensive enough. Yet it's by some margin the most credible looking and priced of China’s entry-level electric cars, a class that’s full of somewhat dowdy and poor quality efforts to this point. This could be the latest big success for the car industry’s biggest growing force. 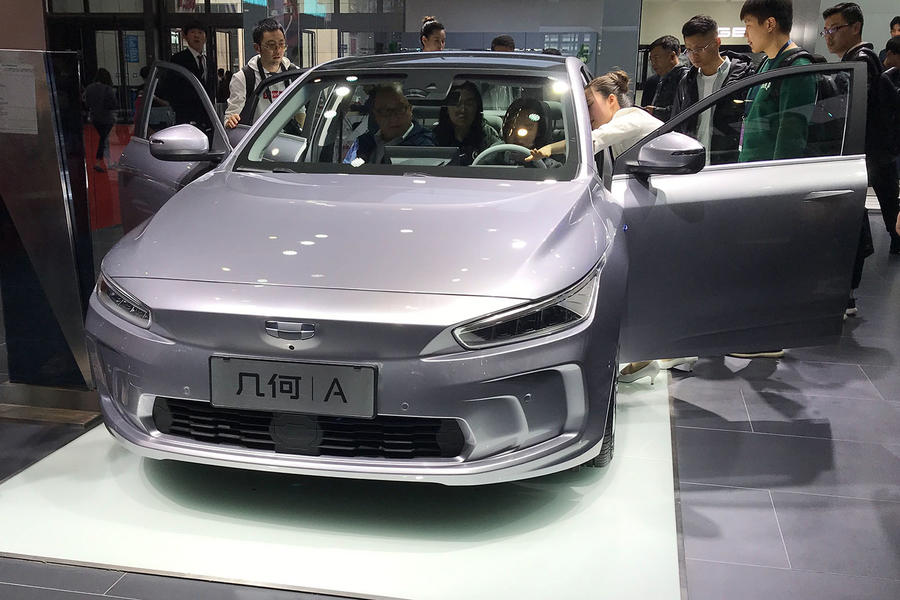 Toyota goes electric - but only in China for now

We think of Toyota as staunchly hybrid, yet in China it has now gone fully electric, and with a model that’s familiar here as the C-HR. China’s regulations make EVs a necessity but perhaps it could prompt a change of strategy elsewhere, too? 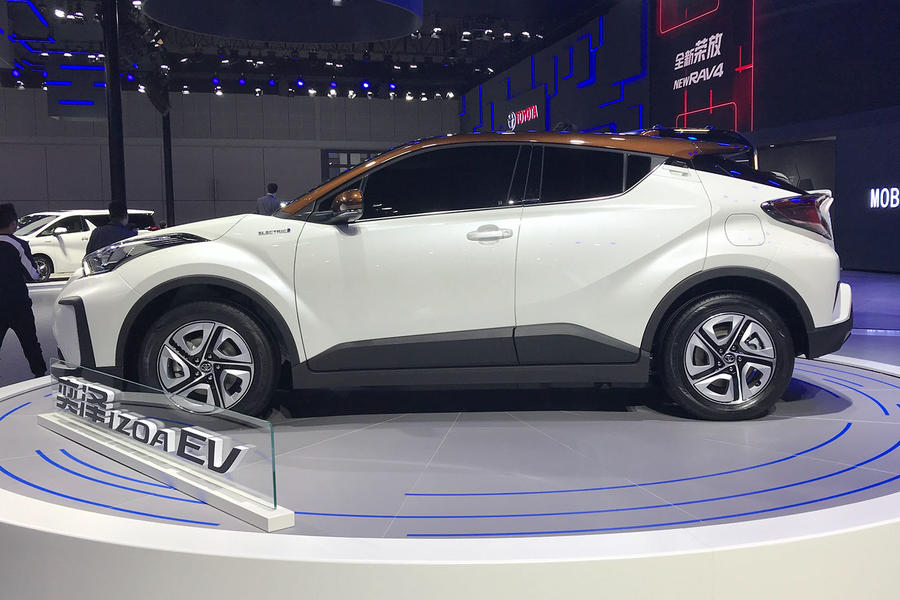 One way to eliminate range anxiety

Electric car maker Nio displayed its battery swap technology at the show. Already up and running on the highway between Beijing and Shanghai, it can swap the batteries out of a Nio ES8 in less than five minutes. The stations can deal with a total of 70 swaps in any 24 hour period. What range anxiety? 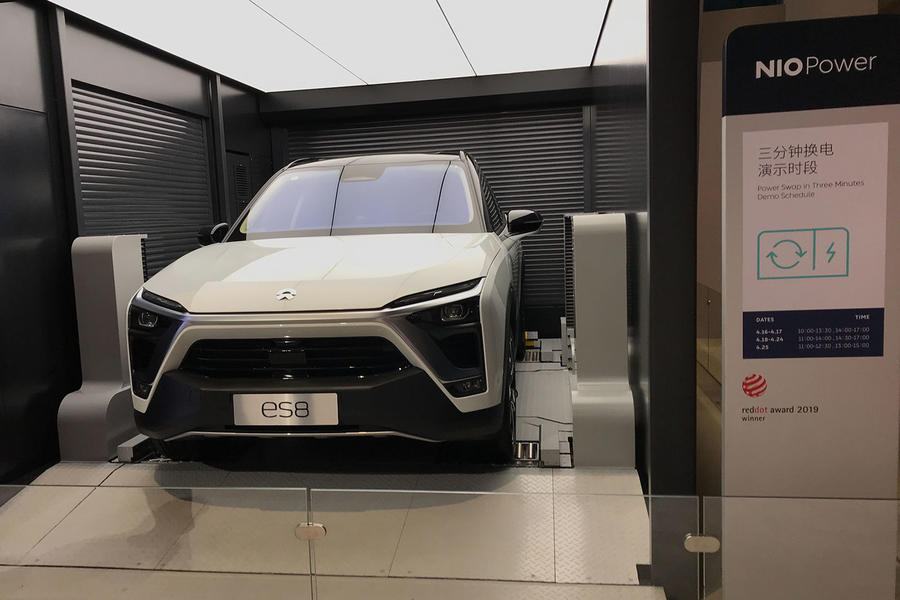 That's the number of Chinese EV .... manufacturers. By the time this message is uploaded the number will be 488. In 2022 400 are gone. Have perished. Will cease to exist. Be a goner.