Chinese premium brand Wey will launch into Europe at this September’s Frankfurt motor show, with a range of SUVs designed to rival the likes of BMW and Mercedes-Benz.

The SUV marque, owned by leading Chinese firm Great Wall, was established just over two years ago. It has already sold more than 250,000 cars in its home country.

Wey’s entry into Europe will be one of the most intriguing yet for a Chinese car maker given that it was set up with the express intention of global exports and is trying to position itself as a maker of quality and desirable SUV models.

“Yes, we do have a global strategy,” said sales and marketing boss Liu Yan. “It’s too early to say today but we will launch in September at the Frankfurt show. We’re already doing preparation for products and the business model. Our founder Wei Jianjun says to be a successful brand you need to be a global brand.” 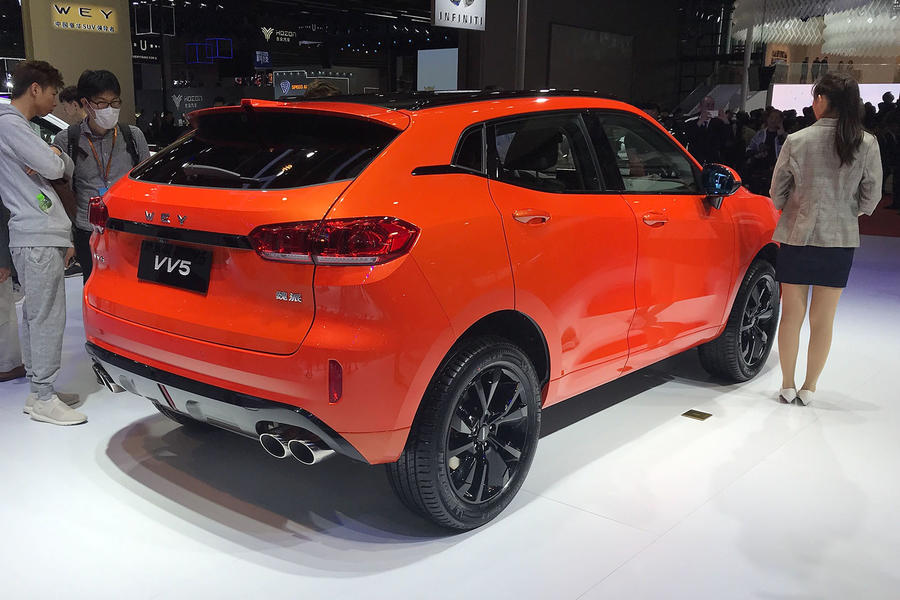 Wey launched its new VV5 SUV at the Shanghai motor show, and that model will spawn an all-electric version in 2020 that’s understood to be key to Wey’s plans in Europe. Plug-in hybrid versions of its VV6 and VV7 SUVs are also set to be launched.

Wey has so far only launched SUVs but has not ruled out other bodystyles in the future.

They're going to need more than strategy to sell this in Europe,if the sales of it's parent company Great Wall have enjoyed in the UK. The Steed pickup truck has been on sale for over five years,but hasn't made much progress in Blighty despite low prices and a long warrenty. Also no further Great Wall products such as the HavaL H6 SUV have yet come to the market either,to make headway in a sophisticated environment such as Europe it'll take more like a miracle for the China Wey to make any headway in the "premium" sector at all.

You could always say that its

You could always say that its good to have more choice, but its not more choice is it? Its just yet another SUV, the actual choice of different types of vehicle nowadays is pitifully narrow. It really disappoints me.

There are enough nonsense SUVs being produced by existing UK marketplace companies without this rubbish adding to the cesspool.

I get irritated when I see people driving MGs and (Not so)Great Wall vehicles and want to ask them why??