BACK TO ALL NEWS
Currently reading: Lynk&Co tests fifth model in run-up to European launch
UP NEXT
New Kia EV9 primed as premium electric range-topper

Based on the mid-sized 01 SUV, the coupé-styled 05 will take on the BMW X6 following its unveiling in Shanghai
Open gallery
Close

The new Lynk&Co 05 SUV-coupé, which is set to rival the BMW X6 and Mercedes-Benz GLE Coupé, has been spotted testing in Germany ahead of an expected unveiling at the Shanghai motor show next month.

The high-riding model will be offered by the Chinese brand, which is owned by Volvo parent firm Geely and intends to offer cars purely via subscription, in both the European and Chinese markets. While the 05 name isn't confirmed, it fits in with the firm’s existing naming strategy.

Like all other Lynk&Co models, the 05 will sit atop the same Volvo-developed Compact Modular Architecture (CMA) platform as the Volvo XC40 compact SUV and recently revealed Polestar 2 electric fastback. 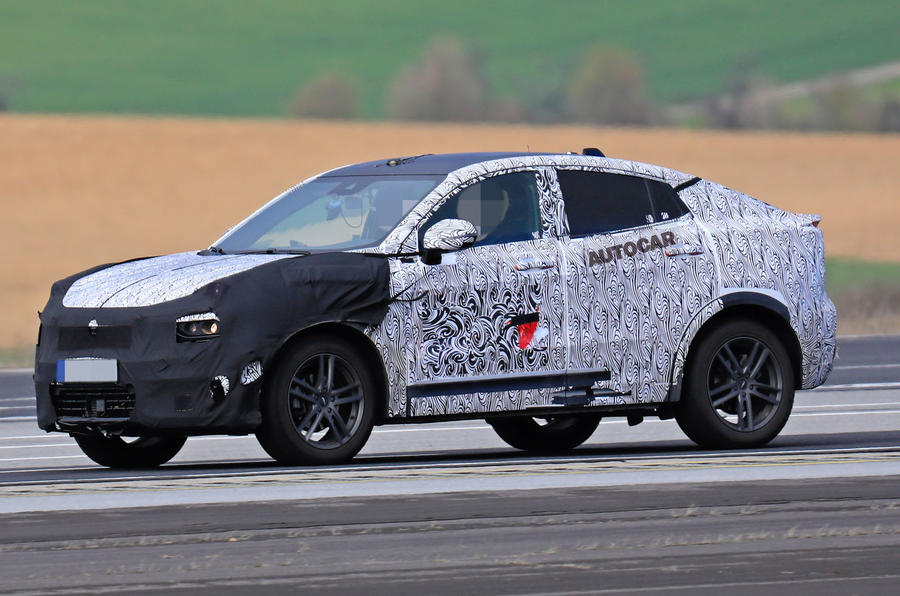 Although the prototype is heavily camouflaged, it bears a heavy resemblance to the 01, which will spearhead Lynk&Co's European launch when production begins in Ghent, Belgium in early 2020.

The 05, which follows the the 03 saloon and 04 hatchback, looks to share its distinctive wing-mounted headlight layout with all other Lynk&Co models, being marked out from the 01 by its rakish roofline and rear spoiler.

Details on the 05’s powertrains are scarce, but like the 01, it's set to make use of Volvo’s range of 2.0-litre four-cylinder and 1.5-litre three-cylinder petrol engines, with a plug-in hybrid variant likely to follow.

A European launch date hasn't yet been specified, but it will come some months after the car goes on sale in China. 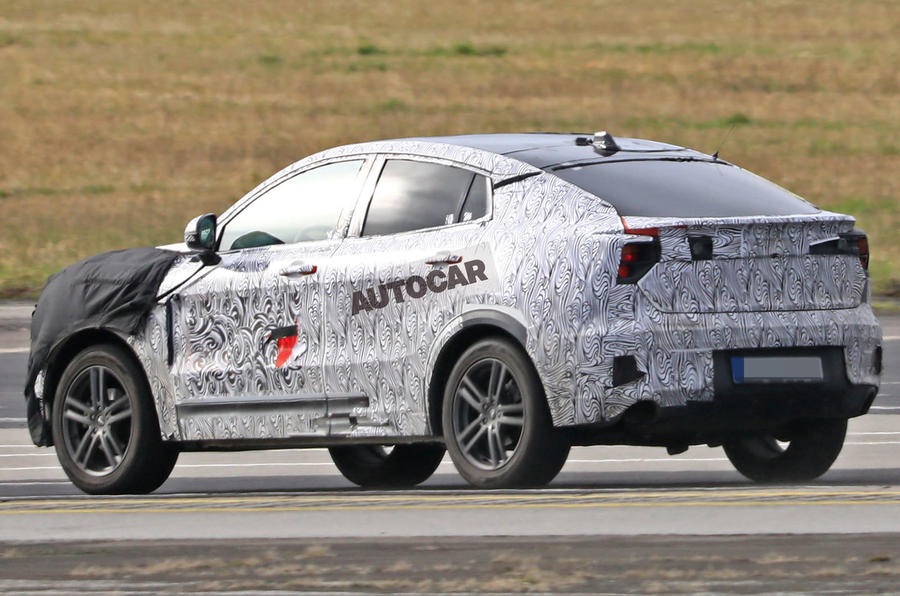 Founded in 2016 by Geely, which also owns Lotus and taxi maker LEVC, Lynk&Co has been selling cars in China since November 2017. It took just 137 seconds of the 01 being on sale for it to receive 6000 orders.

The 01’s European launch will be followed by that of the smaller 02 SUV before the hybrid-only 04 arrives in late 2020. The 03 will remain on sale only in China, where the saloon market is much stronger than in Europe.

"What car do you drive then?"

("Wish I'd bought something with a proper name.")

Volvo's chief seller in 2018 was the XC60 which was in 59th place (down from 51st) in the European sales chart. The XC40 will sell well'ish but then by dropping the old V40 any advantage will be lost.

They'll get there but it's not yet

Not with that ridiculous name it wont....plus 'made in China'.

The Volvo name might be able to mix-it with the premiums, but a car with the name Lynk & Co which sounds like a cufflink manufacturer wont cut the mustard at premium price levels (anymore than Infiniti did), in this label conscious Western world.

Not with that ridiculous name it wont....plus 'made in China'.

The Volvo name might be able to mix-it with the premiums, but a car with the name Lynk & Co which sounds like a cufflink manufacturer wont cut the mustard at premium price levels (anymore than Infiniti did), in this label conscious Western world.

Except Volvo has been giving the Germans a bloody nose for some time now. They have strong market interest, and are making headlines in the right ways (unlike the Germans).

Lynk & Co have some excellent branding that will appeal to a younger audience.

I think Volvo has a long way to go before you can claim a bloody nose for the German premiums!

Certainly they have a fresh new range with a refreshing look to their interiors compared th the black austerity of the Germans. They may have the big 3 taking notice now, but there isnt exactly a mass exodus yet.

But....Lynk and Co isnt Volvo despite be owned by the same company. Its a big conceptual leap to see Lynk and co acheiving similar results and pricing to Volvo.

The younger generation may be taken in by the concept....but this just reflects naivity and lack of financial common sense. Eminently possible given what people will pay to own the latest Apple phone!