BACK TO ALL NEWS
Currently reading: Lynk&Co 02: European-focused crossover is "production ready"
UP NEXT
Southern comfort: Bentley Continental on the English Riviera

Lynk&Co, the new brand from Chinese car firm Geely, has revealed that its new 02 small crossover is now "production ready" and will go on sale in China this June.

Following the car's reveal at an event in Amsterdam last month, the model will go on sale in Europe, the market it has been primarily designed for, in 2020

The 02, which will only feature electrified powertrains, sits alongside the bigger 01 SUV - the firm’s first product to go on sale in Europe, in 2019 - and a saloon called the 03 in the nascent company’s range. The firm says that 02 will offer 'sporty' handling to appeal to a European audience.

The 02 will initially go launch using the three-cylinder 1.5-litre engine from the Volxo XC40, likely in both hybrid and plug-in hybrid form. A full electric version is planned, but it unlikely to arrive before 2021. That will use the same electric motor as the forthcoming XC40 EV.

Lynk&Co, which has the same owners as Volvo, began selling cars in China last year. It says the new 02 is central to its plans to gain a share in the European market.

Geely Group CEO Cong Hui An said: "Our new car is a sports crossover that builds on the success of the 01." He added that it joins the Lynk&Co range to bolster its "European credentials". 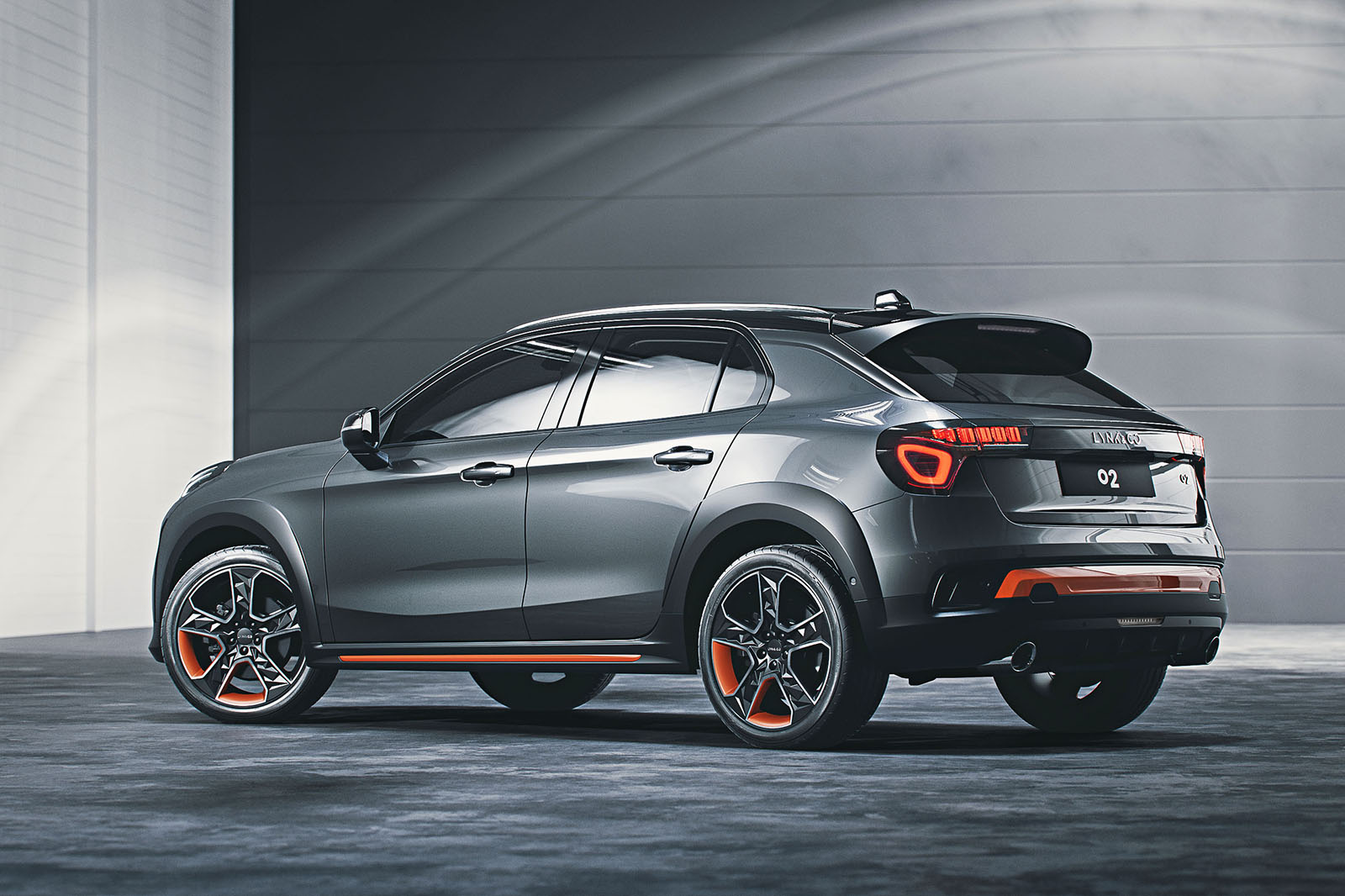 All of its European models will feature hybrid electric powertrains, and will launch with the three-cylinder 1.5-litre hybrid engine that will be introduced into the XC40 later this year. It will be offered as a hybrid and plug-in hybrid at launch, both driven through a seven-speed dual-clutch automatic gearbox. The PHEV version will have the ability to do 31 miles of pure electric running.

Lynk&Co’s design boss Andreas Nilsson said that the 02 “sits at the absolute centre of our brand”.

Like the 01, the 02 is built on Geely's Compact Modular Architecture (CMA) platform, also used by Volvo for the XC40. The platform is highly adjustable, and the 02 has a shorter wheelbase, lower ride height and wider rear track that the 01. It also has stiffer rear suspension, to make it more sporty.

Mats Fagerhag, who headed up technical development of the 02, said that while the 01 was conceived primarily for China, the smaller model has been given a more European focus. "It's a bit more firm and stiff," he said. "It will be more sporty, with more high-speed stability. It will be fun to drive."

The 02 will be offered in a range of two-tone colours schemes, with a limited number of 'personas' instead of trims. 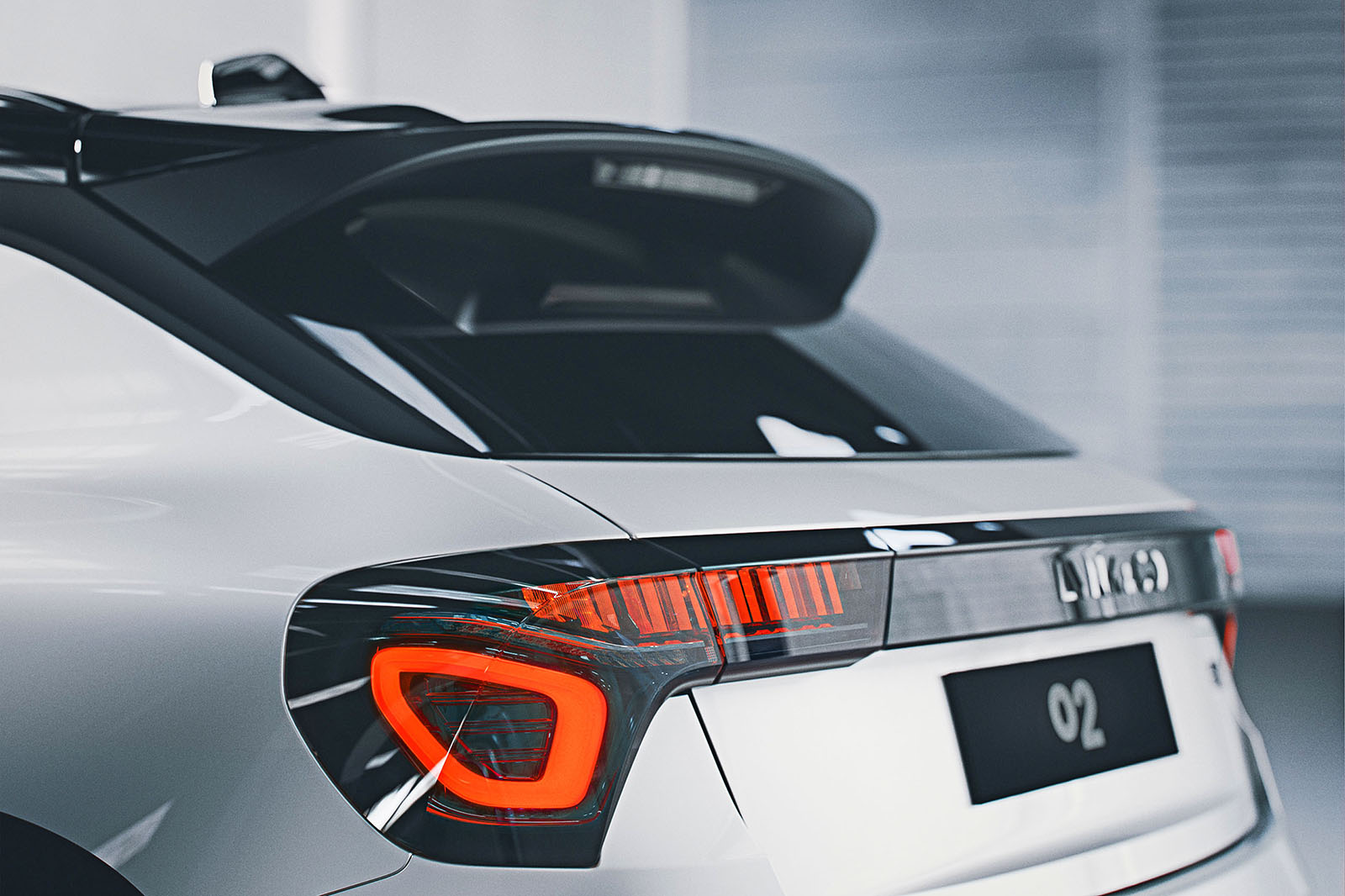 Lynk&Co has put a heavy focus on in-car connectivity, with large touchscreens and infotainment systems, along with what it claims is the ‘world’s first in-car share button’. Lynk&Co models won’t feature traditional trim levels and options. Instead, the firm says it will offer a series of one-price collections.

The company is planning to offer a total of eight 02 'persona', which cover the available engines and colours.

The company says that its models will be designed with European handling tastes, with an emphasis on being fun to drive.

Alain Visser, Lynk&Co's sales boss, said: "We will roll out sales with an initial focus on key European cities for our target audience of globally connected urbanites. We will manufacture in Europe, for Europe, focusing initially on hybrid-only electrified derivatives of our new range of cars." 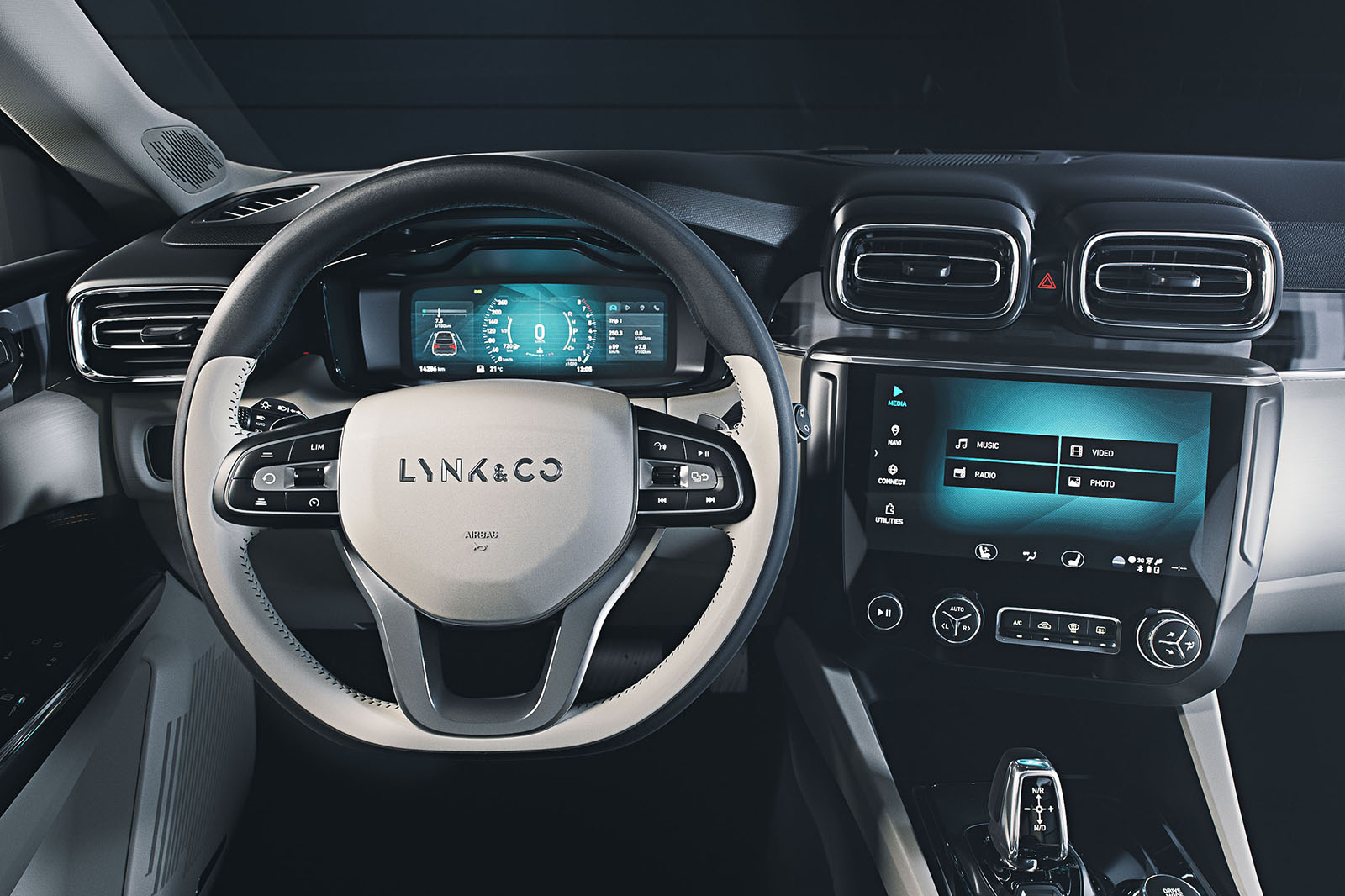 Lynk&Co will offer cars via a subscription model similar to that offered by Volvo’s new performance brand Polestar. That system will allow customers to choose anywhere from a one to 36-month loan period, and will enable to 'share' their cars, for a fee, when not needed. Visser said the subscriptions would be "no commitment", helping the firm to reach a wide customer market. He added that the brand was "for people who don't want to own cars", adding: "There are lots of people who love cars, but don't want to own one."

While Lynk&Co plans to make heavy use of an online store, it will open a number of stores in European cities. The first of these will be in Amsterdam, with London following soon after alongside Barcelona, Berlin and Brussels.

There will also be a series of pop-up shops in European cities, using a fleet of trucks. At the launch event, a graphic suggested that Bradford, Glasgow, Leeds, Liverpool, London, Manchester and Newcastle would be among the cities the pop-up should would visit.

Visser added that by focusing on online and a limited number of shops would greatly reduce the cost of the firm's sales network, which would be reflected in the price of the cars. He said: "Massively reducing our distribution network allows us to offer a premium model for an affordable price."

While no pricing has been set the 02, which will be available for purchase as well as on subscription, is likely to cost around £25,000.

Lynk&Co's focus on 'globally connected urbanites' was also shown by a new partnership with online designer retailer Tictail, who will work with the car firm on a collection entitled 'The City Dweller Series'.

Geely's European ambitions go further than expanding into Europe. An said: “Geely is a young firm benefitting massively from globalisation and market growth in China. We hope Geely brands can be known around the world and help reshape the automotive world."

Finally I found a great post with interesting topic. I read every points of this post that is really so enjoyable and I have bookmark your site for get back again here.

Of all the cars on the market, there are two Lynk stories in the menu. The Chinese government are certainly throwing the cash around to get another brand across the world.

the looks of the XC40 upon which it is based...