The globalised nature of the car industry throws up some strange anomalies.

Back in May 2016, Volvo previewed the Volvo XC40 at an event in Gothenburg, Sweden, telling us that it planned to offer the production version of the car with a very clever three-cylinder plug-in hybrid powertrain. Nearly three years on, we're still waiting to experience that car, but we have finally had the chance to sample the new powertrain in a very different environment: the test track of Geely's Hangzhou Bay R&D centre in China, and fitted to the Lynk&Co 01.

Lynk&Co is the Geely brand using the same Compact Modular Architecture that underpins the 40-series Volvos. Its first three products are already on sale in China, and we've previously driven the 01 and lower 02 SUVs, but the 01 PHEV is the first we've experienced that is destined for sale in Europe, albeit on what we're promised will be more dynamic chassis settings.

The powertrain is compellingly clever. Currently front-drive-only, as it will be in its Volvo applications, it uses a seven-speed dual-clutch automatic gearbox to integrate the efforts of the petrol and electric sides of its powertrain. So while the 177bhp 1.5-litre turbocharged three-cylinder engine can turn either of the gearbox's two shafts, the 80bhp electric motor is connected only to the one that does second, fourth, sixth and reverse gears.

The e-motor sits downstream of the clutch pack, meaning the 01 can be driven purely electrically with the engine switched off, or the motor can add assistance and, sometimes, will be in two gears at once, with one shaft turned by combustion and the other by flowing ions. The motor can also vary levels of regenerative braking by switching between different gears. 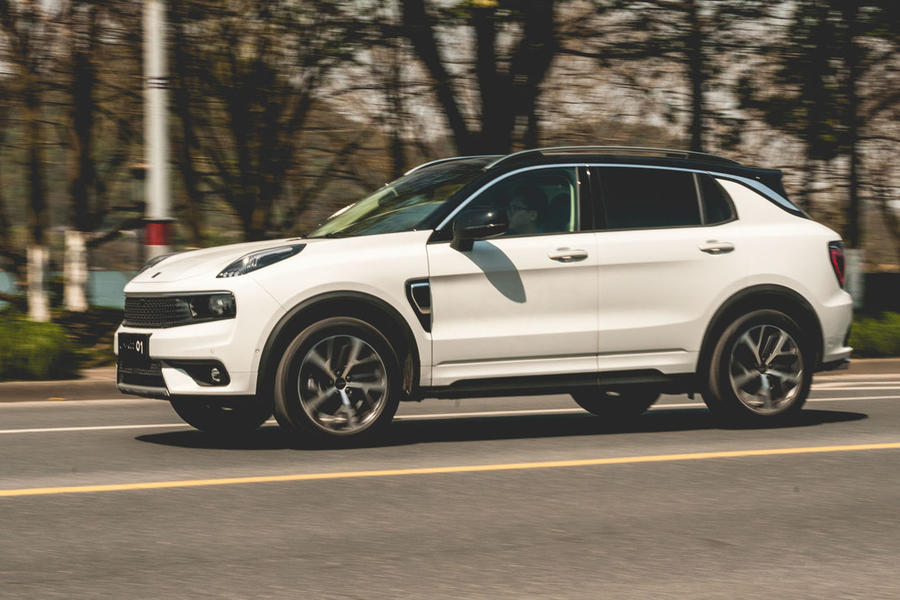 While the Hangzhou Bay track has only slow-speed corners, it features two straights long enough to test the 01 PHEV's acceleration. With aggressive starts, our test car launched itself electrically, with the engine then cutting in as the car started to roll. Under hard use, integration between the two sides of the powertrain definitely wasn't seamless, with a noticeable pause before the three-pot started to really pull.

It sounds muscular under harder use, and the gearbox's responses are certainly snappier than the slurring common to CVT hybrids such as the Toyota Prius. The car feels quick, too; barring the slow getaway, Lynk&Co's claimed 7.3sec 0-62mph time seems entirely achievable.

Under the sort of lower-intensity duty the 01 is designed for, the petrol and electric power sources played far nicer together, with the default hybrid mode allowing the motor to add its assistance unobtrusively. There is an electric-only mode, although one we only experienced briefly, because of a mostly depleted battery pack. Acceleration is limited but almost entirely silent. Lynk&Co claims a 31.7-mile electric-only range from the 9kWh battery, although that's calculated under the generally optimistic NEDC protocol.

Even on a smooth test track, the 01's suspension settings felt soft, with the front axle struggling to digest the combined torque output on the hairpin bends. While better resolved than the very soft chassis of the Geometry A saloon we drove at the same event, the 01 had lots of body roll under even moderate cornering loads. We're promised the suspension settings for European versions will be better disciplined. 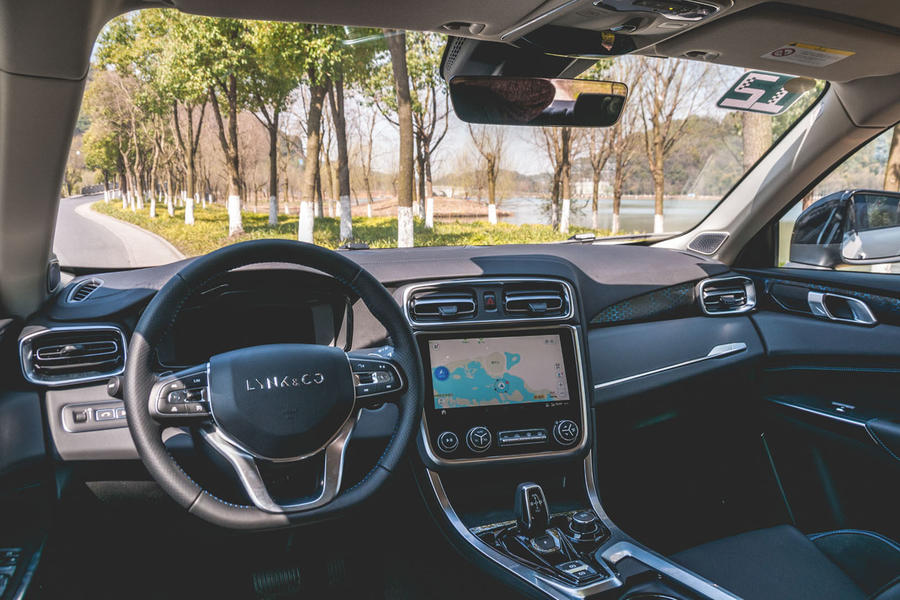 Although Lynk&Co's conventional models are selling well in China, alongside the 01 PHEV, the brand will be electrified-only in Europe. Firstly with the 01 PHEV, which will be launched in some markets next year, then shortly afterwards with an electric model based on Geely's new, EV-specific PMA architecture.

We still have some significant unanswered questions about Lynk&Co's plans for what will primarily be a subscription-based distribution model in Europe, but the brand's products continue to impress.

The front lights are a bit of

The front lights are a bit of a mess. I appreciate that this is the trend to have headlights all over the place to try and do something with the height of an SUV, but I think it would look better without the Nissan Juke style lights up the bonnet, and stick with the Dodge Charger style headlights in the grille.

And if manufacturers are putting stupid grilles on their cars and blaming the Chinese market, then why does this Chinese car have a relatively small grille?...

Spring to mind , I don't remember them being desperately popular 20years ago , times change. I can see this car doing well .
sbagnall 1 May 2019

Spring to mind , I don't remember them being desperately popular 20years ago , times change. I can see this car doing well .

I've been following one of these along the A5 in the UK occasionally on my commute to work, it's either been going to or coming from the motoring research facility. A KIA Sportage is the impression you first get when seeing it, it's bigger than it looks in the photos and the detailing is very fussy.

As for the car

The looks are a bit of a mess. The inside looks decent though .