BACK TO ALL NEWS
Currently reading: First drive: Lynk&Co 02 2018
UP NEXT
Volkswagen ID Buzz to kick-start wave of enthusiast-oriented EVs

Ahead of its European launch, we put new brand Lynk&Co's compact SUV to the test to see if it works as a cut-price Volvo XC40
Open gallery
Close

The 02 is the third model from a new Car brand called Lynk&Co, which will arrive in Europe next year. While you might not be familiar with the brand, its owner, the behemoth Geely, is slowly but surely taking over the automotive world. Its core brand Geely sells 1.25 million cars in China annually, and it also owns Volvo, Lotus and London Electric Vehicle Company (which makes London cabs) and recently bought a 10% stake in Daimler, Mercedes’ owners. Quite serious business, then.

The idea is that premium Volvo sits at the top of Geely's European line-up of car makers, with Lynk&Co below it as a mid-range brand. This then paves the way for the possible introduction of Geely as a budget brand in Europe.

The 02 compact SUV follows reveals of the 01, a larger SUV and the 03, a saloon. The 01 will arrive early next year in Europe and the 02 will follow in 2020. Meanwhile, the 03 is likely to be sold only in China, where saloons remain popular.

Lynk&Co bills the 02 as a sporty crossover. It sits between the Nissan Juke and Qashqai in terms of dimensions and rivals models such as the Mazda CX-3 and more premium Mercedes GLA.

It is based on a platform called Compact Modular Architecture, on which the 01 and 03 are also based. It’s a Geely-wide architecture but is best known in the West as the platform for the well-received Volvo XC40.

The similarities don’t stop there. The 02 for Europe will only be sold as a plug-in hybrid, regular hybrid or battery electric vehicle; the PHEV will arrive first and will be based heavily on the XC40 plug-in hybrid, on sale later this year.

While little has been confirmed on Lynk&Co’s equivalent, it’s fair to say not much will change over Volvo’s PHEV, named T5 Twin Engine. It uses a 177bhp 1.5-litre three-cylinder engine along with a 75bhp electric motor driving through a new seven-speed dual-clutch automatic gearbox. Range is likely to be 31 miles on electric only. 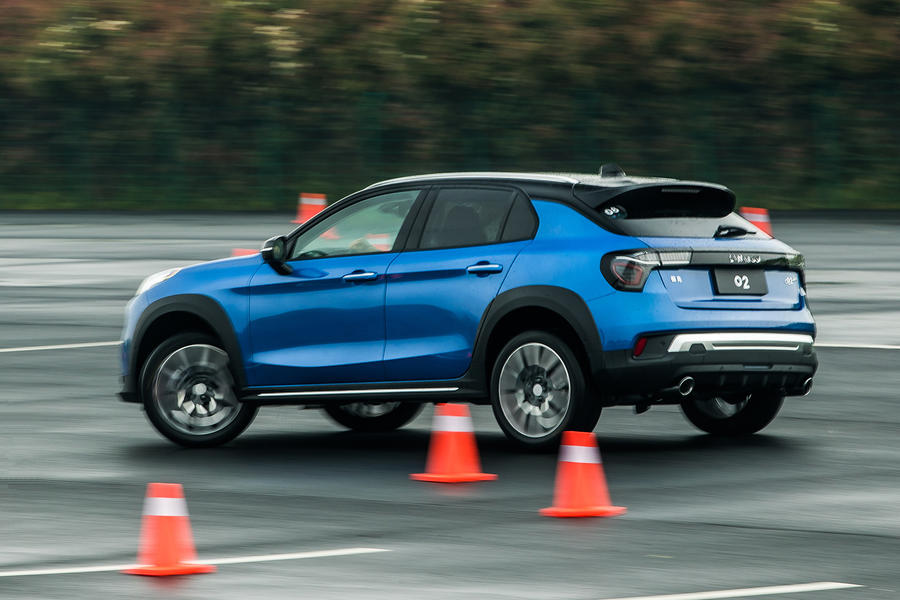 Full disclosure: we drove the 02 for 15 minutes on exceptionally smooth roads near the shiny new Lynk&Co factory in Zhangjiakou, China. The cars currently being made are for the Chinese market, which, for now, only get a standard 1.5-litre or 2.0-litre petrol, rather than the electrified versions coming to Europe.

We drove the 177bhp 1.5, which is the same engine that Volvo uses and will also help to power the PHEV. When quickly accelerating at low revs, the engine is gruff, but get above 3500rpm and it coasts along happily. The dual-clutch auto, which we’ll get on the 02 PHEV, is fairly smooth, too.

Ride at low speeds is comfortable in the front or rear, but at motorway speeds it gets notably fidgety. Given that the test roads were silky smooth, there’s some work to be done to keep British drivers happy.

Meanwhile, handling is impossible to review, given that we only turned three wide corners in our 15 minutes with the car. Steering is light (as are the brakes) and while it’s not precise steering, there’s a satisfying connection with the car when turning.

So, the signs are mostly encouraging, and there’s more work to be done for Europe. R&D boss Ling Zhi tells us that upcoming European 02 models will be more dynamic, because Europeans “care more about handling and ride” than Chinese people, who mostly drive on long, straight highways.

The interior is attractive and functional, with good-quality materials. We were proudly told the glass for the 10.2in central screen is the same as that used in the Apple iPhone 8, and the infotainment system was seemingly intuitive to use – though testing was limited, because it was in Chinese.

There are plenty of cubbyholes and lots of nods to connectivity – something Lynk&Co has claimed is central to its products – with an in-built dashcam, two USBs, wireless phone charging and, most notably, free wi-fi for the entire ownership period. However, this is for China and is not confirmed for European models.

The materials, particularly on the dashboard and below, are original but subtle in design, while appearing durable too. At first go at least, there are some of the best (and most interesting) finishes we’ve seen on a car for some time. 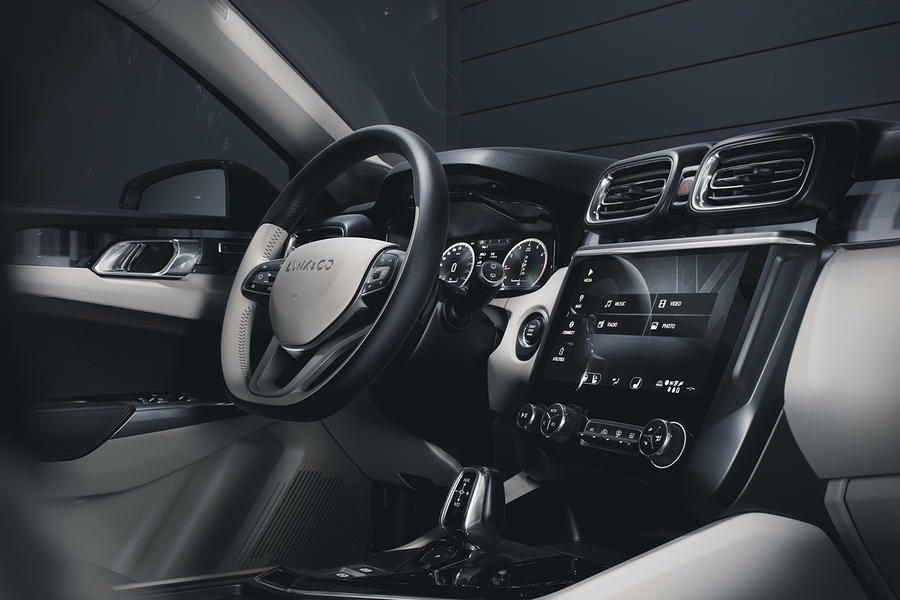 Should you buy a Lynk&Co 02 at launch?

One key element for Lynk&Co’s future success will be its selling strategy. It’s keen to push a subscription model – a Netflix for cars, if you like – and says it will be more competitive than rivals. That’s down, at least in part, to a choice of just eight specifications and no options, as well as a very limited dealer network: just one store per country. It’s too early for pricing, but in China, its starting price as a straight-up purchase is around £15,000.

To drive, early signs for the 02 are very promising. It’s not especially fast or dynamic, but a car in this segment doesn’t need to be. This car is aimed at young urbanites who aren’t necessarily into cars. For those buyers, this will do the job nicely, not least because it has plenty of style appeal – so much so that Lynk&Co predicts it may well sell more 02s than the more mainstream and slightly bigger 01. 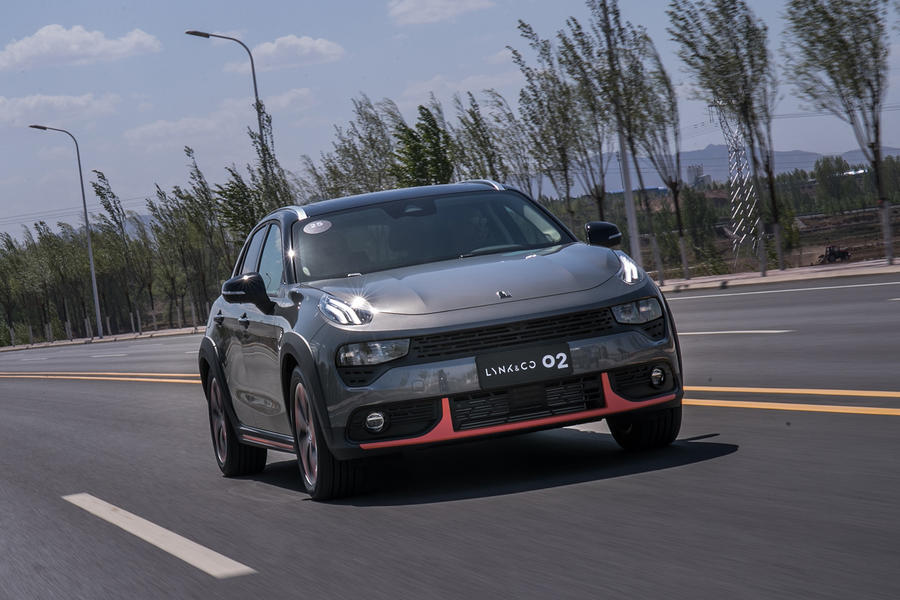 They should drop the '& Co'

They should drop the '& Co'.  It is obviously a contrived name, the '& Co' only serves to make it appear even more contrived.  Perhaps it makes sense in Chinese, but in English it is just ridiculous.  It is not as if 'Lynk' is an actual person or founding family.

Stupid name.  And few things are naffer than stitiching the name onto the seats, but they all do it, from Rolls Royce down.

Be interesting to see what happens when the proper European cars are reviewed and available. I.e how well it really drives, what the dealer support network is like etc  and crucially the price.

The XC40 has done very well so if this uses its floorpan etc and is cheaper it could be good.

Worked okay for Dacia who use Renault underpinnings.

Be interesting to see what happens when the proper European cars are reviewed and available. I.e how well it really drives, what the dealer support network is like etc  and crucially the price.

The XC40 has done very well so if this uses its floorpan etc and is cheaper it could be good.

Worked okay for Dacia who use Renault underpinnings.

It worked out well for Skoda and SEAT as well, whilst Jaguar and Volvo benfitted from charging a higher price for Ford parts, Jaguar still do..