Volkswagen has previewed its plans for a new electric-powered crossover-style estate with the unveiling of the ID Space Vizzion at the Los Angeles motor show.

The new car, with a claimed range of up to 367 miles on the WLTP test cycle, is the eighth ID-branded concept revealed by the German firm, which has already laid out plans to produce up to one million EVs per year by the end of 2022.

The ID Space Vizzion is set to go into production alongside the ID Vizzion saloon at Volkswagen’s Emden plant in Germany in 2021. Both models are due to wear the ID 5 model name, according to senior Volkswagen officials, who suggest the production version will hold true to the concept in terms of appearance and technical specification.

VW's US boss, Scott Keogh, has confirmed a version of the Space Vizzion car will also be produced in the USA and sold there from 2022 onwards. 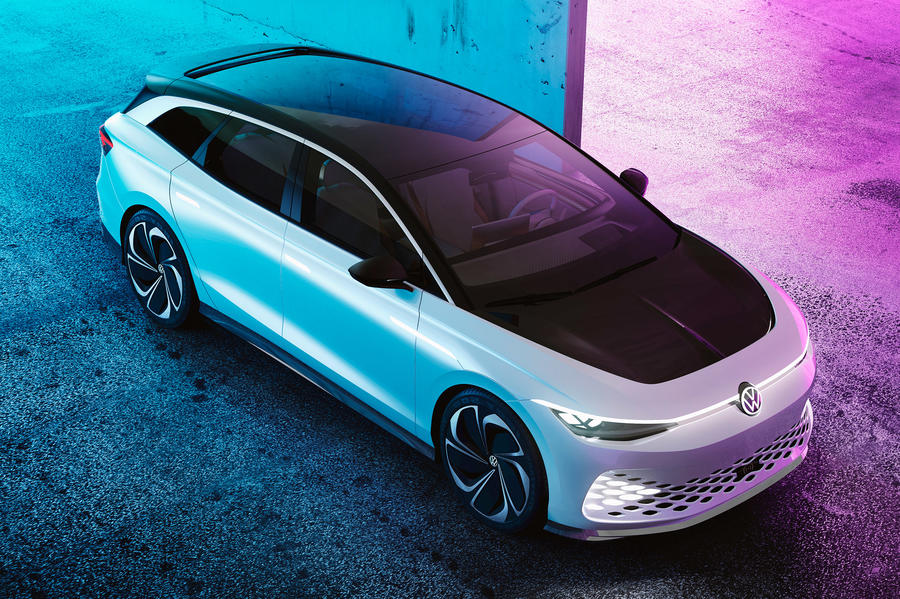 The latest ID concept updates the more conceptual lines revealed on last year’s ID Vizzion saloon with various styling elements that help to link it visually with the latest Passat estate, including the shape of its headlights.

But whereas the design of the Passat is restricted by the space dedicated to mounting a combustion engine within its front end, the ID Space Vizzion takes advantage of the inherent packaging advantages of its electric driveline by having a relatively short bonnet and a lengthy cabin.

Drawing on the versatility of Volkswagen’s MEB electric car platform, the ID Space Vizzion is of a similar size to the A6 Avant of sibling firm Audi, with a 4958mm length, 1897mm width and 1529mm height. 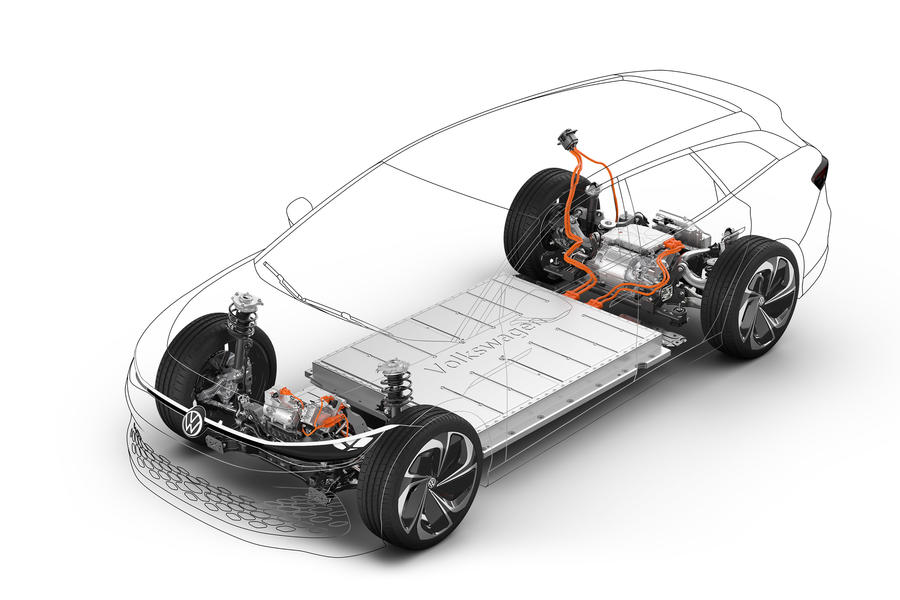 With short overhangs front and rear, and 22in wheels, it also receives a lengthy, 2965mm wheelbase, providing scope for either a four- or five-seat layout and up to 586 litres of luggage space behind the second row of seats.

Inside, the new Volkswagen concept sports a clean and uncluttered interior devoid of physical switches and buttons. All controls are concentrated within touchscreen panels and displays, including those of the steering wheel, whose design has been inspired by that used by past Volkswagen models. 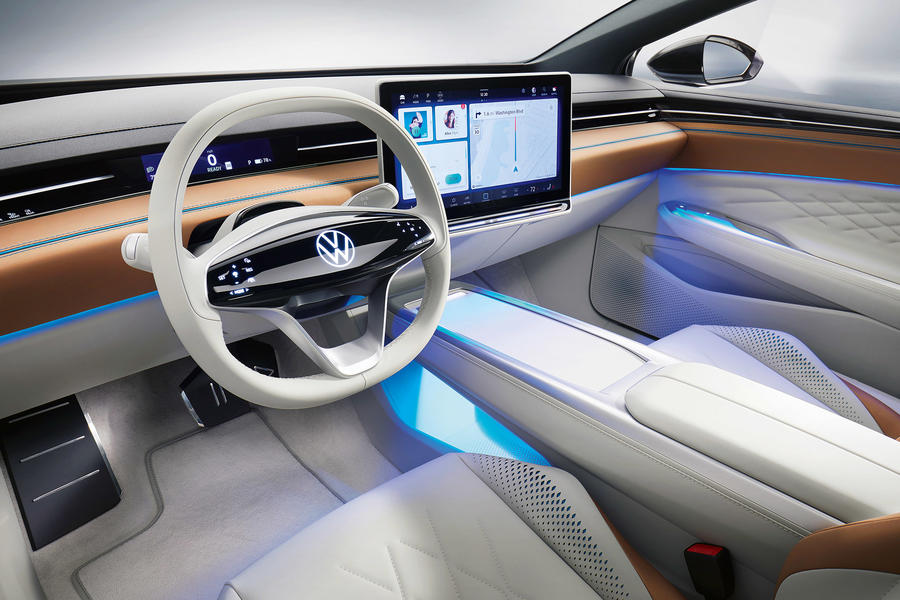 Volkswagen quotes a 0-62mph time of 5.4sec and a governed top speed of 109mph for the four-wheel-drive variant, which is expected to form the basis of an even more powerful ID 5 GTX performance estate that’s due in 2022.

Energy for the electric motors is provided by a 82kWh lithium ion battery mounted within the floor. It can be charged to 80% of its capacity within 30 minutes using a 150kW system.

exactly shiakas why has no

exactly shiakas why has no one done a electric wagon, volkswagen basically invented the wagon so invent the electric one.

apart from that i love the look of this vehicle, hopefully the interior isnt quite so futuristic but other than that its pretty astounding, just make it volkswagen, NOW!

I like. Great design. I hope the interior remains largely untouched too!

Why have VW decide to mount the engine at the back? Surely it'll rob luggage space and is it not better to fit the engine up front and make the car FWD which is safer to most drivers. I like the design but an estate shoudl be just that and not a 'sportswagon', vertical rear end please.

Er, it's called a motor

And in the diagram you will note there is one motor on the front axle and one on the rear.  Tesla have been doing it for several years.

Why have VW decide to mount the engine at the back? Surely it'll rob luggage space and is it not better to fit the engine up front and make the car FWD which is safer to most drivers. I like the design but an estate shoudl be just that and not a 'sportswagon', vertical rear end please.

did you read it, it says there is a FWD version available, if you're that fussed get the less HP one and have the extra luggage space, but i wouldnt.