BACK TO ALL NEWS
Currently reading: Volkswagen ID Vizzion concept previews future Phaeton replacement
UP NEXT
Mercedes-Benz: electric C-Class likely to arrive after 2024

Volkswagen has revealed its plans for a new electric-powered luxury saloon that is set to join its line-up as an indirect replacement for the discontinued Phaeton with the unveiling of the bold ID Vizzion concept at the 2018 Geneva motor show.

The four-wheel-drive concept previews the fourth in what officials at VW's Wolfsburg headquarters in Germany have confirmed to Autocar will be a series of five new ID production models already granted a green light by chairman Matthias Müller. The ID Vizzion has been conceived to sit at the very top of the German car maker’s line-up, featuring limousine-like exterior dimensions, a plush leather-lined interior and, in a pointer to the technical details of the upcoming showroom version of the new car, a combined 302bhp and an electric range of 413 miles.

Set to go on sale in the UK in 2021, the big saloon forms an integral part of VW’s £10 billion Strategy 2025 electric car programme. It will join production versions of the ID Hatchback, ID Crozz and ID Buzz, plus a yet-to-be-revealed seven-seat SUV in an extended line-up of electric-powered models aimed at establishing VW as a leading player in the electric car ranks.

Hinting that the latest VW concept, which uses a twin-motor drivetrain similar to the ID Crozz and ID Buzz, is more than mere fantasy, VW says its latest concept mirrors how it imagines an electric-powered luxury class model could appear in the future.

“It transfers the characteristic design elements established on other ID models to a large saloon. Status is achieved through the intelligent use of space that provides for more interior accommodation than with conventional combustion engine limousines,” said Klaus Bischoff, head of VW brand design.

In a double role, the ID Vizzion also serves to showcase Level 5 autonomous driving, self-learning, hologram-based interior control and augmented-reality technology that VW says it is developing and expects to incorporate on its models from 2030. 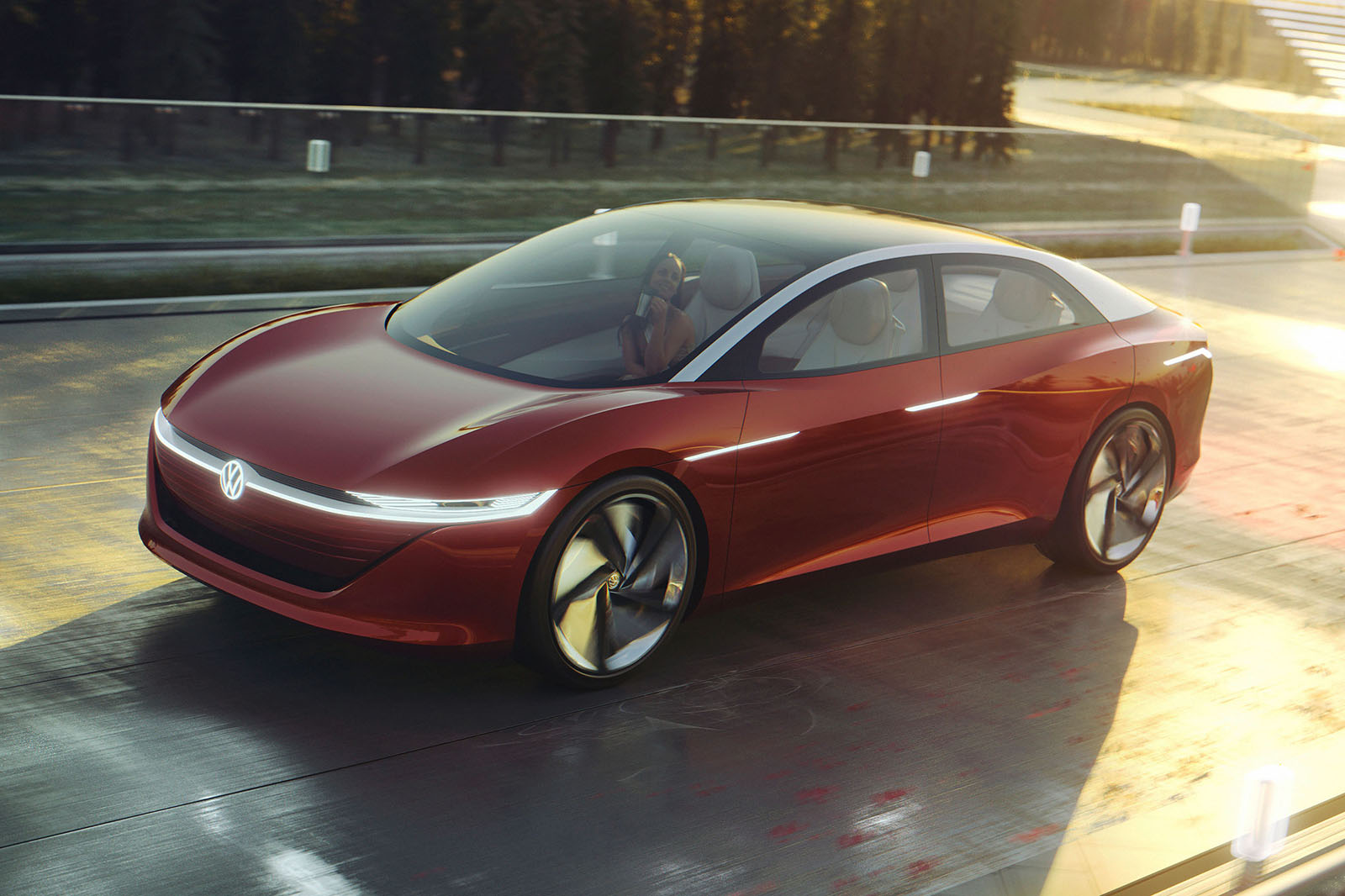 Among its hi-tech arsenal are LIDAR laser scanners, ultra-sound sensors and radar sensors, as well as a series of cameras at the front, rear and sides. A further central component in VW's vision for the future of production cars is an artificial intelligence system that goes beyond the model-based programming of today’s driver assistance systems and the machine learning capability of systems touted to be introduced within the next five years by providing fully independent decision-making processes that allow it to drive exclusively without human input.

VW said it predicts that both Level 4 and Level 5 autonomous driving functions will be a reality by 2025, suggesting fully hands-off driving will arrive faster than currently expected.

Although the new concept car on display in Geneva goes without a steering wheel in a preview of VW’s plans to introduce fully autonomous driving capability to its production models by the end of next decade in a four-seat interior described as a lounge on wheels, the new saloon is planned to be launched with a more conventional control layout similar to that of other first-generation ID models. 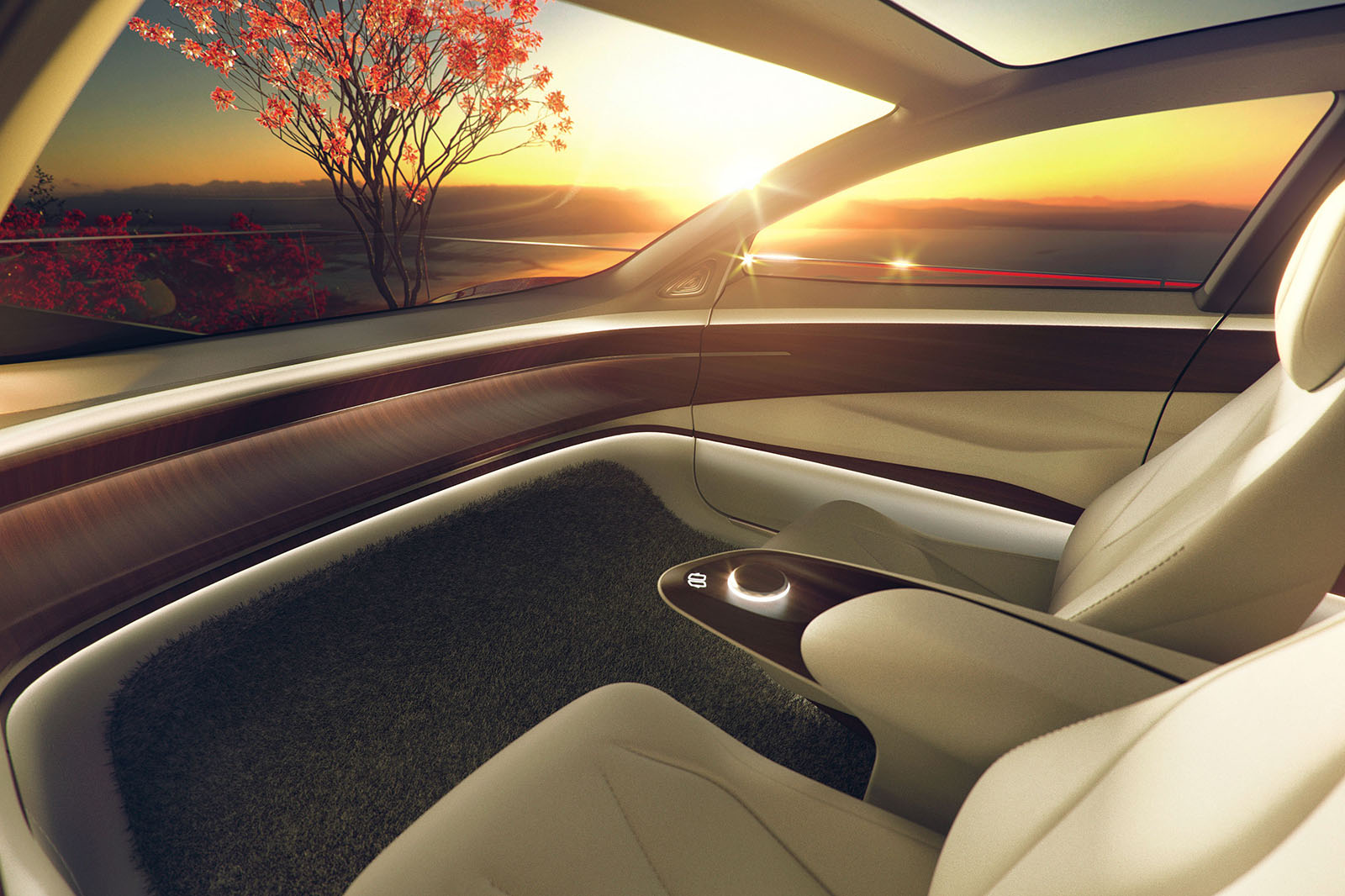 “It’s our intention to launch the car with a steering wheel,” said Bischoff. "Although we are already thinking about the next step and that is full autonomous capability where the steering wheel will become superfluous.”

The dimensions of the ID Vizzion back up VW's claims that it previews a new range-topping model. At 5163mm in length, 1947mm in width and 1506mm in height, it is 16mm shorter but 39mm wider and 56mm higher than the long-wheelbase Phaeton, VW’s long-running, range-topping saloon that ceased production in 2016.

The basis for the big one-box luxury car is VW’s MEB (modularen elektrik baukasten or modular electric architecture) platform. It has been tailored to the requirements of the ID Vizzion with a wheelbase of 3100mm – some 199mm shorter than that of the ID Buzz. 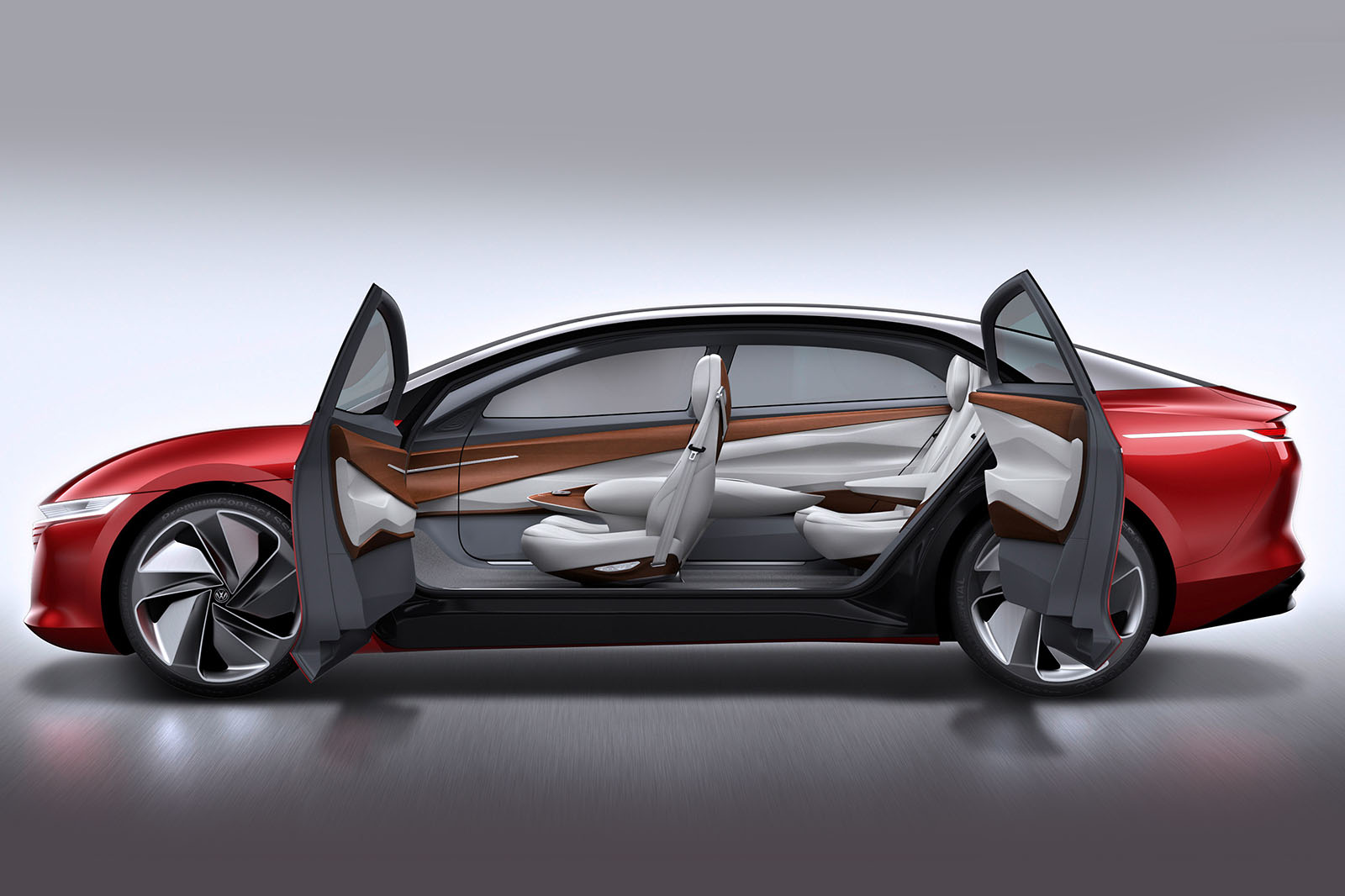 Powering the latest ID concept are two individual electric motors – one delivering 101bhp up front where it drives the front wheels and the other with 201bhp sited at the rear powering the rear wheels. Sourced from a modular range of in-house-produced electric motors that VW says will power the entire ID line-up, they provide the Vizzion with an overall system output of 302bhp, with drive channelled directly to each axle and, subsequently, all four wheels.

Although no weight figure has been revealed, computer simulations carried out by VW point to a 0-100km/h time of 6.3sec – which roughly compares to a turbocharged 2.0-litre four-cylinder petrol engine powered Passat. The German car maker also provides a theoretical (limited) top speed of 180km/h.

Energy used to run the electric motors is stowed in a large 111kWh lithium ion battery, which is mounted within a flat floor structure to keep the centre of gravity of the big luxury car comparatively low and its weight distribution at a near perfect 50:50 split front to rear. All up, it is claimed to provide a range of up to 413 miles – some 227 miles more than today’s eGolf, which receives a 204bhp electric motor and 48kWh lithium ion battery.

I wish my family lets me purchase this Volkswagen and get this My family loves this car because it’s luxurious but I love this Volkswagen. try this web-site typemyessays to find the professional Buy Essay.

This concept looks great but,

there's no way the production model will look that good. Nowhere near boring enough for VW.

Coming soon to a tabloid near you..... "Electric Gate!" Brought to you by VW, sponsers of all things bling and not quite as they seem.

Much prefer the I-Pace and the jap offerings as well as tesla.