BACK TO ALL NEWS
Currently reading: Q&A: Pininfarina boss talks Battistas, Rimac and SUV aspirations
UP NEXT
New electric cars 2022: what's coming when

We sit down with Michael Perschke, the CEO of Automobil Pininfarina, and quiz him on the future of the luxury brand
Open gallery
Close

At 90, Pininfarina is ready to ruffle a few feathers. The Mahindra-owned design house is morphing into a high-end automaker whose goal is to conquer territory held sacred by some of its past clients. The brand’s first shot is a 1900bhp EV named Battista and a salvo of SUVs will follow in the coming years.

Autocar sat down with Michael Perschke, the CEO of Automobili Pininfarina, to gain insight on what it’s like to create a carmaker essentially from scratch, and what the company will look like in 2025.

Battista production will start in late 2020. How many reservations do you have so far?

It depends on the region. In the United States, we’re about 60 to 70% sold out; it’s our strongest region. That’s partly because we first showed the car in Pebble Beach in 2018. It’s at about 50% or slightly less in Europe, and in Asia we just started showing the car towards the end of 2019. We see a strong demand, but we need to bring the car back there. We’ll build 125 to 150 units, and we expect about 50% of the production will go to the American market. We’re working on allocations; it’s a little bit of push and pull. 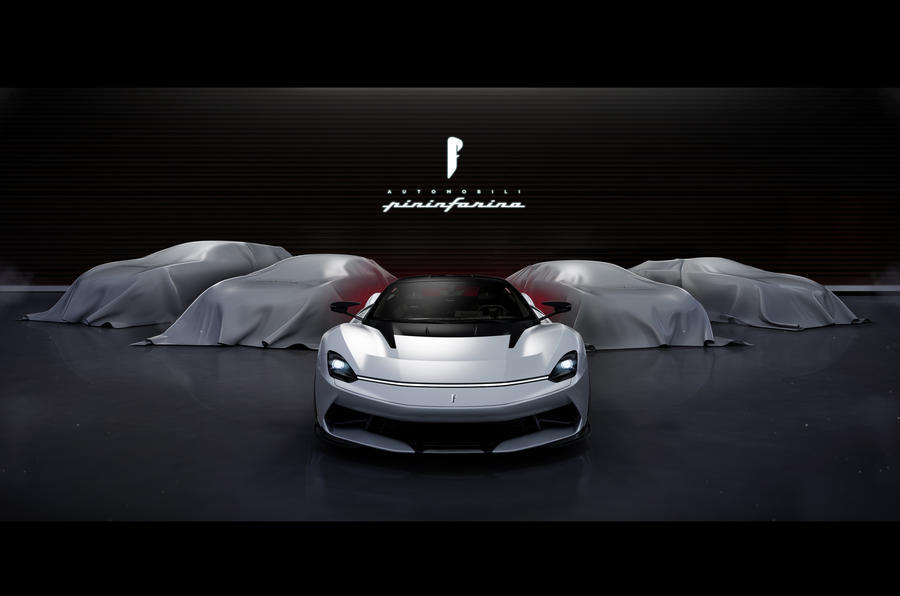 We predict a lot of conversion will happen prior to the test drives. People have kind of that typical fear of losing out. There’s a limited number of cars available, and the test drives are coming up. Nobody’s ever driven an electric hypercar because none are really on the market yet. The segment doesn’t exist, so people are definitely still in the consideration phase. They’re more open to the idea than they were a year and a half ago, though. We saw a big change from Pebble Beach 2018 to Pebble Beach 2019.

You’re using Rimac technology for the Battista. What’s your relationship like?

We’re friends and we’re also competitors. Do we really complete for the same client? I would say no. If the person decides to spend £2 million on a Rimac, it’s probably 50% because he loves Mate and his story, and 50% because he wants a cool tech tool. I think we’re the more natural choice for someone who is really brand- and design-conscious. These brands sit side by side. You wouldn’t compare a Tesla and a Ferrari, right? I think that’s where we see Rimac and us. It’s a very different customer profile, a very different target audience, and very different positions. Even the vehicle attributes are different. Sure, the cars share a battery and components, but the ride and handling will be different.

The Battista is a limited-edition model. Will you cap production of your next cars?

As a luxury brand, you should always make slightly fewer cars than the market demands. That’s logic.

Speaking of, Pininfarina’s next car is an SUV. Why did you choose to release the Battista first?

You can only build a brand once. It took Audi about 30 years to move from an Opel/Ford image to a Mercedes-Benz/BMW image. Moving up the ladder is much more complicated than moving down. We said “Pininfarina is a collector’s item.” Go to Pebble Beach, check out the auctions, and one out of five cars is Pininfarina-branded. We have a very good reputation with collectors and connoisseurs. If you have a brand like Chateau Lafite Rothschild, you wouldn’t start going to Aldi or Lidl to market your wine.

We have this chance only once, and we’re building a brand with [the Battista]. We saw that very clearly at customer clinics. If you put a Battista on the stand and then you show people a concept like the Pura Vision, there is an immediate halo effect on the pricing. People perceive you in a different price category because you’re proving you’re part of that luxury club. If you start directly with a product on a lower level, your price ambition would probably deteriorate by 10 or 15% because you’re lacking that halo effect. It’s important, especially in the luxury segment. It’s how people perceive you as a brand.

Is your upcoming SUV based on Rivian technology as rumours claimed?

No. We intended to work with Rivian until November 2018, but then Amazon acquired part of the company and asked it to focus only on its own models, and not to work with anyone who is not a shareholder. That’s why there’s a Rivian-based Lincoln in the works.

We did a feasibility study. We liked the Rivian skateboard, though it would not have allowed us to do body styles like GTs because it’s purely made for SUVs. We believe we have something which gets very close to Rivian’s platform, though.

Where do you see Pininfarina in five years?

We don’t believe another luxury brand will wholeheartedly embrace electrification by 2025. From day one, we’re going to be 100% electrified and 100% zero emissions. If you’re Lamborghini, and you have three combustion-engined models, you can make the fourth one electric but that still means 80 or 90% of your model portfolio is going emit about 300, 400, or 500 grams of CO2 per kilometre. You have a legacy, and that is a liability. We don’t have that legacy; we don’t carry that baggage.

We have the ability to start with a white piece of paper. So, if the product portfolio comes into place, and if the brand acceptance is there, we could come close to Bentley or Lamborghini. Maybe not today, and not tomorrow, but when we have three consecutive models in the right segments. That likely means a combination of sports cars, GTs, and SUVs. I think the market potential is principally there.

Is there room in your future range for a petrol- or diesel-powered car?

That means no hybrids, then?

No, unless you define a fuel cell-electric combination as a hybrid.

Is this technology in the works?

We are an integrator. Our objective is to find the best technology available with partners. We’re not going to start developing hydrogen [technology] from a white piece of paper. We’d look at companies we want to partner with. But, for us, hydrogen is a technology we won’t see until after 2030.

The greatest cars by Pininfarina