BACK TO ALL NEWS
Currently reading: 2017 Seat Ibiza supermini priced from £13,130
UP NEXT
Why last-mile delivery EVs are big business for car and retail firms

The sleeker, more technically advanced Ibiza ushers in a new platform for the next generation of small models from the Volkswagen Group
Open gallery
Close

Prices of the new Seat Ibiza have been revealed; the Ford Fiesta rival starts at £13,130.

The new Ibiza will be offered with five trim levels — S, SE, SE Technology, FR and range-topping Xcellence. Entry-level kit on the S will includes automatic lights and autonomous emergency braking, although only the front windows are electric.

15in alloys come with SE spec, as do front fog lights, automatic wipers, cruise control, multicolour ambient lighting and a multimedia package, while SE Technology, expected to be the top-selling spec, upgrades the multimedia package, adds bigger 8.0in screen than the standard 5.0in one, sat-nav, DAB and two USB ports.

Sporty FR spec gets 17in alloys, tinted rear windows and twin exhausts, while inside, four selectable drive modes, sports seats and a flat-bottomed steering wheel add sporting touches, and tech upgrades include smartphone integration. Rear disc brakes and sports suspension also are fitted. It is yet to be decided whether or not the fifth-gen car will get the Cupra treatment. Luxury Xcellence trim gets Alcantara upholstery, front and rear parking sensors and a rear-view camera, as well as other luxury kit.

Seat has also partnered with Beats on an upgraded audio sound system, but is an optional extra, rather than being used in a stand-alone special-edition model or offered as a trim. 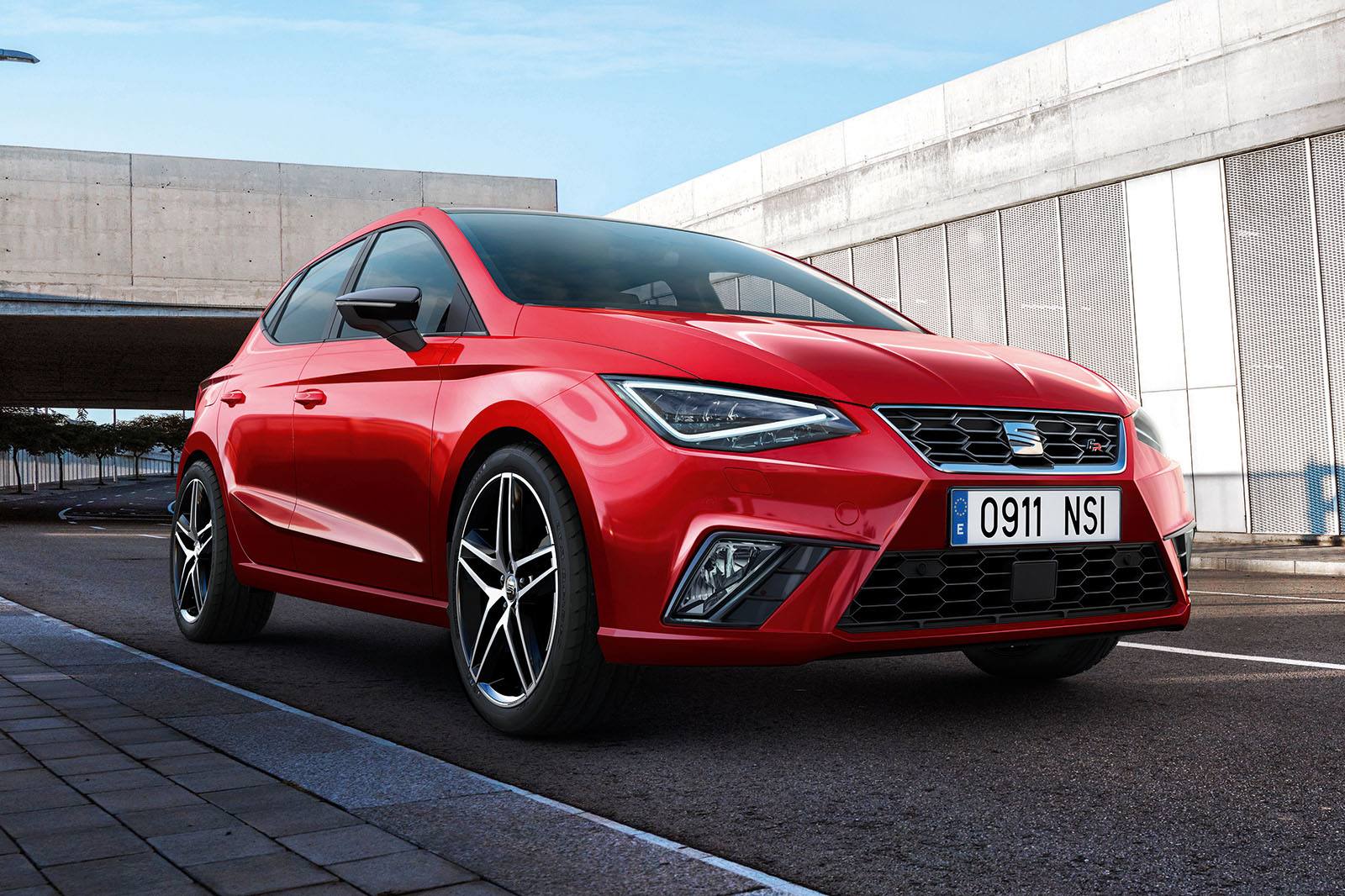 The latest Ibiza is the first car to be built on a new platform that’s crucial to the success of future Volkswagen Group superminis and small SUVs. It's on display at the Geneva motor show.

For its fifth generation, the Ibiza gains a new design, a roomier interior and more kit to take the fight to tough supermini rivals such as the Volkswagen Polo, Vauxhall Corsa and recently revealed new Ford Fiesta.

The Seat Ibiza is good looking, well-priced and spacious supermini that doesn’t quite live up to Seat’s sporty image

The Ibiza was the best-seller in Seat’s range until very recently, when it was overtaken by the new Leon. It has shifted more than 5.4 million units worldwide, with an average of 18,000 a year in the UK since 2008. Those sales figures include three bodystyles — three-door, five-door and ST estate. However, the new Ibiza will be sold as a five-door only.

Traditionally, the three-door model has accounted for as much as 40% of the Ibiza’s sales, but a downturn in sales in recent years has prompted Seat to offer the fifth-gen model as a five-door only, just as Renault has done with the Renault Clio, Nissan with the Nissan Micra and Skoda with the Skoda Fabia. 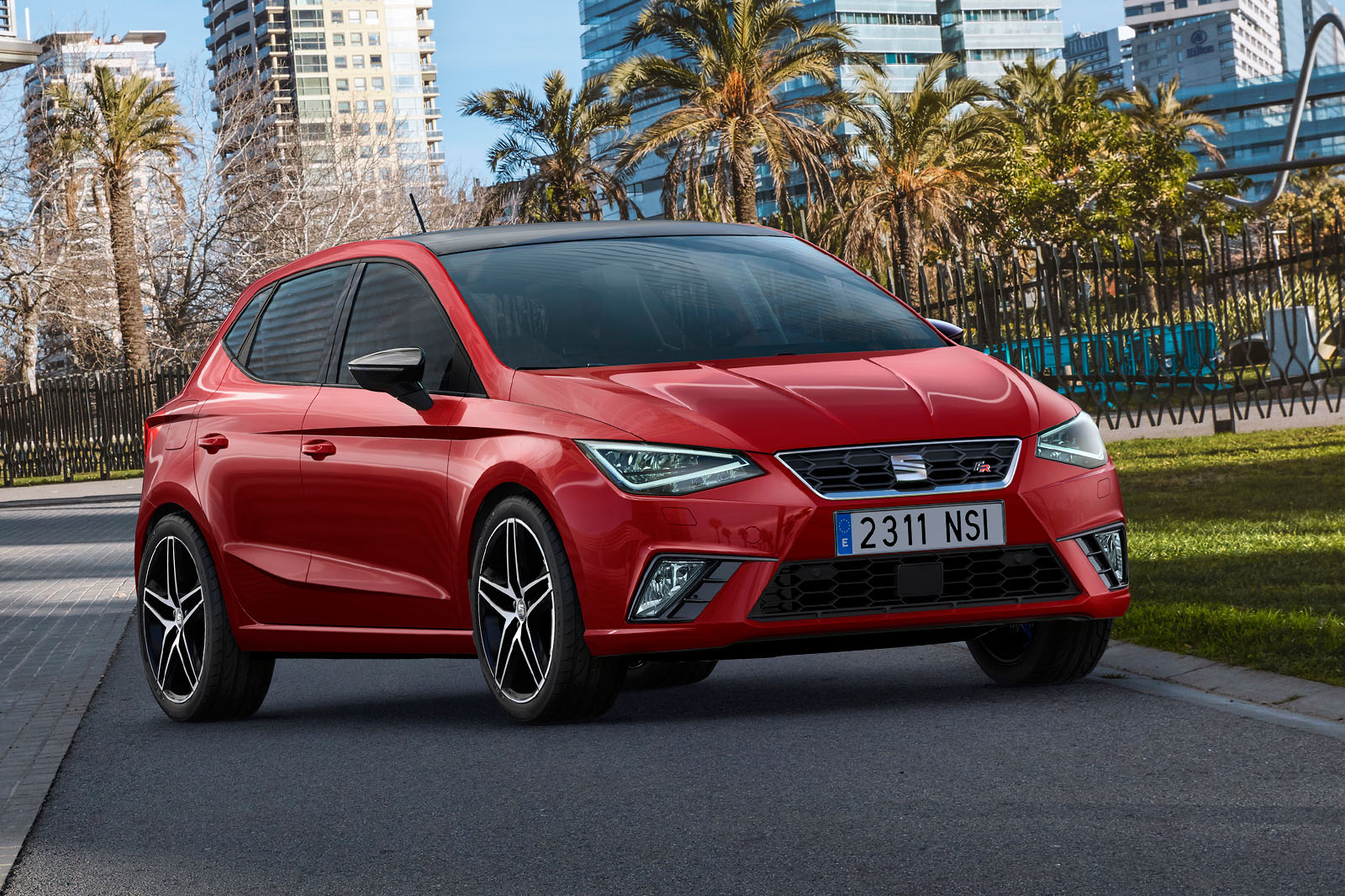 Also, there won’t be estate version; that gap will be plugged by the Arona, the forthcoming Ibiza-based small SUV.

The Arona will share the Ibiza’s VW Group MQB A0 platform, which is also expected to underpin the future Polo and Fabia. The architecture is said to be lightweight and capable of supporting different bodystyles within the same segment.

The new Ibiza is 87mm wider, 2mm shorter and 1mm lower than the model it replaces. The wheelbase is 95mm longer, which, Seat says, has enabled it to create a more spacious cabin. The boot volume has increased by 63 litres, giving it a total capacity of 355 litres.

Most engines will be carried over from the current line-up but there will be a new four-cylinder 148bhp 1.5 TSI petrol unit. The range will also include a three-cylinder 1.0-litre petrol engine and a 1.6-litre diesel. 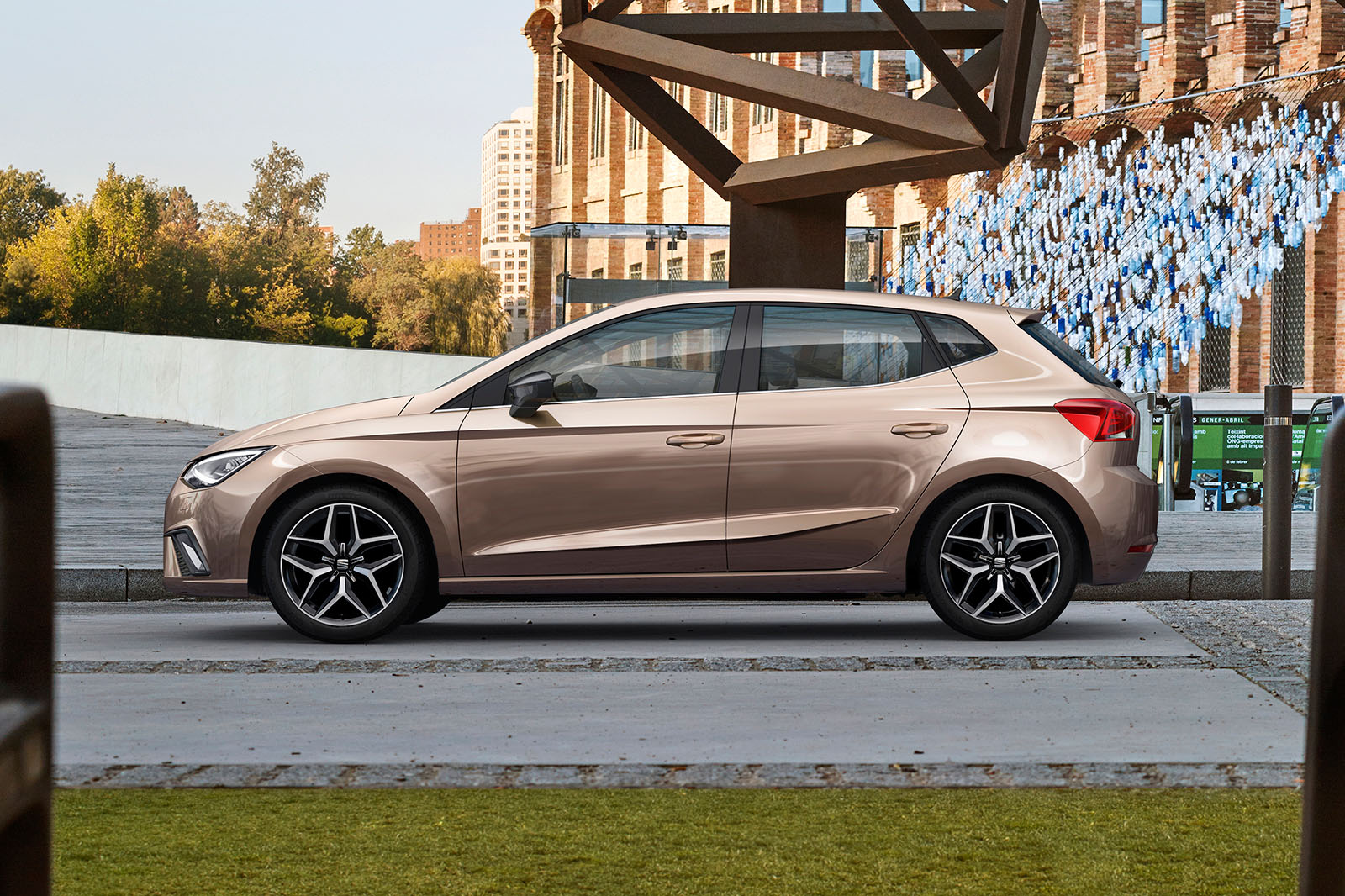 Hot superminis are popular in the UK but not globally, so Seat wants to see if there is an appropriate business case to create a Cupra version. If it does, Cupra models usually follow six to 12 months after the base model is launched.

Having read all the negatives in most of the posts here. Can only say.....what are you wanting?!,my Wife is on her second a 2016 model,she drove her first for eight years and it never missed a beat,it stood out from the rest (Lima green paint job) it was a five door too,it was a Sport model so it drove well in my opinion,this newer one shows how far the Ibiza had come to us anyway,it's an FR 1.2(110bhp) Technology,so it has all you need,it rides well,excites when you push it,and we had it in Lima Green too which I think is one of the great color options,so,whether you think it is a baby Leon or not,it is a good Car.
nicebiscuit 5 May 2017

Its smart, but so what?

I think it looks nice. But why bother? Seat and Skoda look so similar now you might as well drop one or the other. And VW arent much different.

I thought the whole point of the VW modular architecture was that you could spin off a wide variety of cars from the same platform.

Go back 15 years and think VW Golf, Beetle, Seat Leon, Skoda Octavia, Audis A3 and TT. All very distinct. Now all we get is basically this car with slight variations of size, headlamp shape and how jacked up to look like an SUV you want it.

The upper rear-end design looks like a Cupra. Still quite nice though, the new dash and instrument pod design is really nice though. Seat's desirability seems to have really gone up over the last couple of years. I would never of even considered one up until now...
Cyborg 1 February 2017

The upper rear-end design looks like a Cupra. Still quite nice though, the new dash and instrument pod design is really nice though. Seat's desirability seems to have really gone up over the last couple of years. I would never of even considered one up until now...

I meant Leon not Cupra.