BACK TO ALL NEWS
Currently reading: BMW plays down interest in Honda Swindon factory
UP NEXT
Sorry, wrong number: the forgotten problem of car clocking

Success of X1 SUV and lack of extra capacity at Oxford Mini plant could see the German car maker move some production to Wiltshire, although BMW has officially denied it
Open gallery
Close

BMW is said to be looking at transferring more car production to the UK in light of booming demand for the X1 SUV, among other models – and it is considering taking over the Honda plant in Swindon, according to Autocar sources.

The Honda factory is currently scheduled to close in 2021 when production of the Civic ends, but sources understand BMW is in discussions to take on the site after that date. However, BMW has officially denied these claims. A short statement read: "BMW has absolutely no plans to buy the Honda plant in Swindon."

Yet despite the official line there are a number of reasons that BMW is said by Autocar sources to be looking closely at expanding its operation in the UK, including the highly integrated production system already in place here.

BMW builds Minis, which are based on the UKL1 transverse-engine platform, at Oxford, using engines from its Hams Hall plant near Birmingham and body panels from its pressing plant near Swindon. 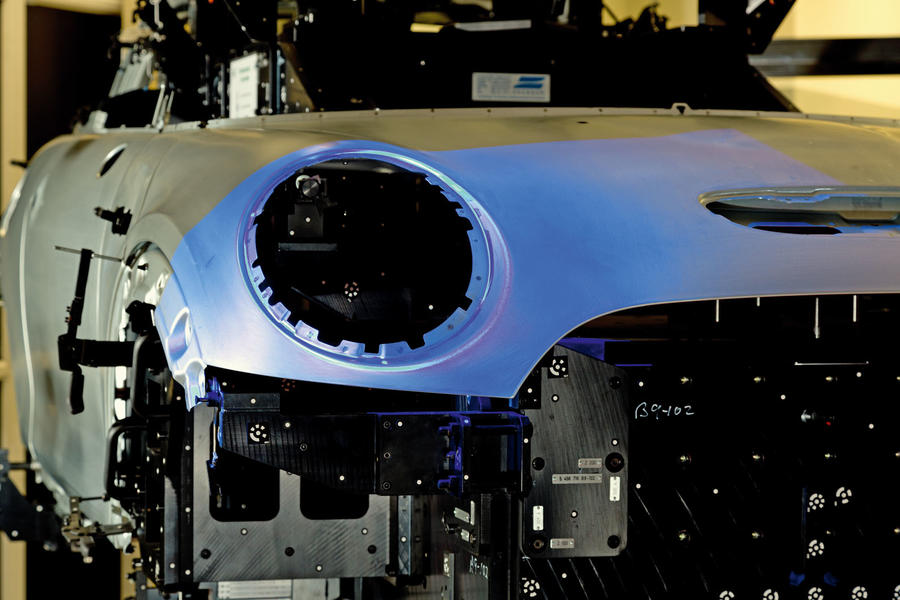 Currently, BMW also contracts Mini production to the VDL Nedcar factory in the Netherlands. Last year, VDL said output rocketed from 169,000 cars in 2017 to more than 200,000, due to the launch of the new BMW X1, based on the same architecture as the Mini family.

X1 demand is very strong, accounting for more than 13% of all global BMW sales.

Autocar recently revealed some 1 Series production could be moved to the UK, a car BMW sold around 200,000 units of globally last year.

Another clue that BMW is preparing to re-allocate UKL production appears on the VDL company website, where it states it expects fewer orders from BMW next year and, perhaps, in the years beyond that. The company has reduced its flexible workforce by more than 1000 employees.

BMW insiders remain tightlipped, admitting only that “some reorganisation” is being considered at Mini Oxford.

With BMW selling around 687,000 UKL1-based cars last year – made up of the 1 Series, 2 Series, Mini, X1 and X2 – basing much of this in one place would make huge financial sense, as well reducing the length of supply lines post-Brexit.

Was Honda on the brink of committing to Swindon when it pulled the plug?​

Oxford could build the BMW 1 Series​

A rumour without foundation?

This is just another rumour without foundation. Why would BMW ever want to expand in Britain given that like all other car companies at the moment they are in the process of making cutbacks to make their operations more efficient? This is just a "feel good" story made up in order to stop the public getting so depressed about the doom & gloom that Honda's decision to close Swindon has made. Can Autocar substantiate what their sources have said?? Who where the sources??? Perhaps BMW itself, trying to get the UK car buying public into thinking that they are saviours & that would encourage the public to buy more Beamers??

Someone impolite might call you a complete idiot.  The brilliant thing with the internet is that you simply have to type something in the Google bar...

I found 13 links to this story.  Here's a fun game - see how many you can find, you complete idiot.

Well, having asset stripped and removed a huge amount of car producing capacity from the UK 20 years ago, BMW are now looking to increase their capacity in the UK.

Can't say I'm particularly enamoured by this, frankly I'd rather BWM, nasty unethical company they are, went to the wall.

Better to be in the life boat before the ship sinks

No need for further expansion when it comes to Brexit and the perilous state of  the EU, even their accounts are not approved ,full of fraud and maladministration,they can't even decide where they should reside . A farce to charter two trains every month to spend 4 days in Strasbourg, then move back to Brussels.About 28 plumbers and mtc employed to flush drains and toilets etc to keep it open .751 MEP's move with all the cost and duplicate staff , what a co2 cost to the environment they are a  _ucking disgrace.

No need for further expansion when it comes to Brexit and the perilous state of  the EU, even their accounts are not approved ,full of fraud and maladministration,they can't even decide where they should reside . A farce to charter two trains every month to spend 4 days in Strasbourg, then move back to Brussels.About 28 plumbers and mtc employed to flush drains and toilets etc to keep it open .751 MEP's move with all the cost and duplicate staff , what a co2 cost to the environment they are a  _ucking disgrace.