BACK TO ALL NEWS
Currently reading: Unlikely track day stars: top picks for under £2000
UP NEXT
Style vs substance: cars which might surprise you

You don’t need vintage metal or a flash new supercar to be a track-day star, just one of these low-cost larrikins
Share
Close
Share story

To the casual observer, they appear to be worn-out wrecks. But the Autocar team knows better. These are 10 of the most entertaining, affordable used cars that will be a hoot on track.

Cheap but cheerful (well, until a wheel falls off), they are a great way to understand why, when you visit places like the Nürburgring, it’s drivers of old Volvo 340s and Citroën ZXs who are laughing all the way round the lap. And when it rains, imagine how smug you would feel overtaking a supercar in a £1500 Subaru.

So with the summer now in full swing, why not give into temptation and get yourself sidetracked with an unlikely track-day car. 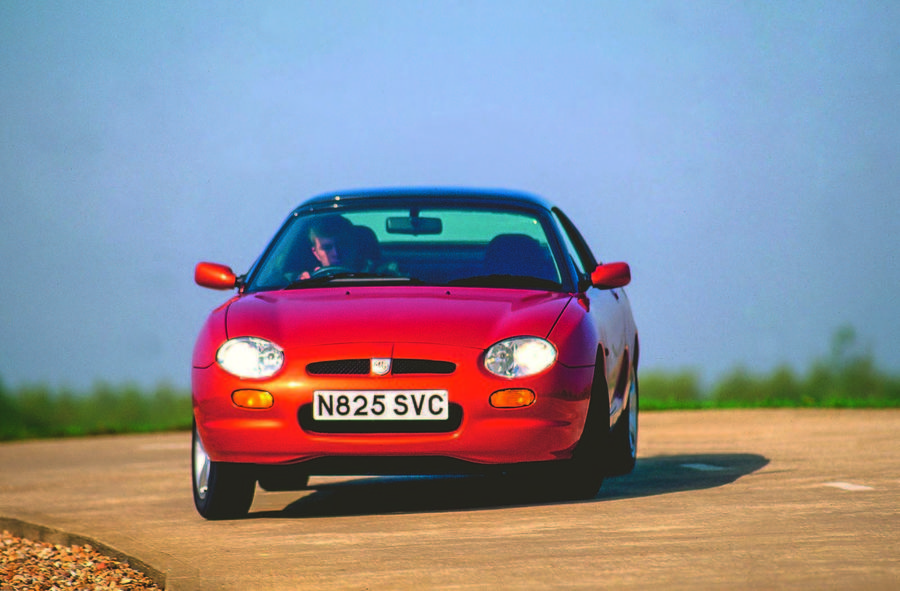 The correct roadster in which to learn the dark arts of pedalling a mid-engined car without falling off the track and remodelling the nearside bodywork should be a Toyota MR2. But the MR2 has a reputation for being good, so prices aren’t all that affordable. The MG F, or TF, is still as cheap as chips, though, probably because those in the know are worried about head gasket failure or the Hydragas-based suspension expiring. Yet snap one up with a long MOT and you’ve got yourself a car as entertaining as it is challenging to master, just like those used in the one-make MGF championship. 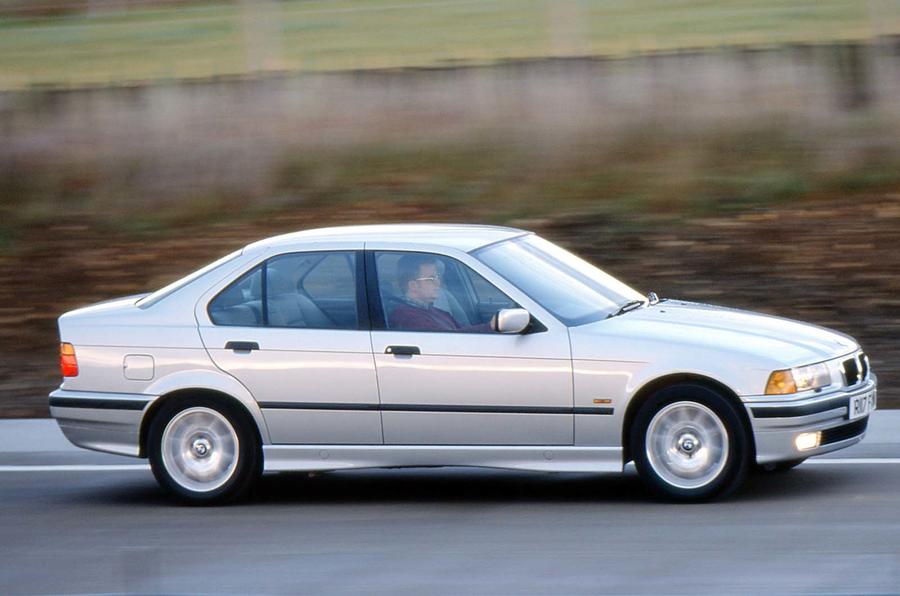 ‘Is there a better £15,000 sports saloon?’ asked the Autocar coverline of 24 April 1991. Before you could ponder the question, the crack squad of road testers had answered it for you: ‘We don’t think so.’ Which is why budding track-day drivers should stop fantasising about clipping apex after apex in an E46-era CSL, and start searching for a humble, 28-year-old BMW 318i. It was a joy to drive. And with a few new bushes in the suspension, it probably still is. So track one down and decide for yourself whether the 318i is the best sports saloon – albeit for now less than £1500. 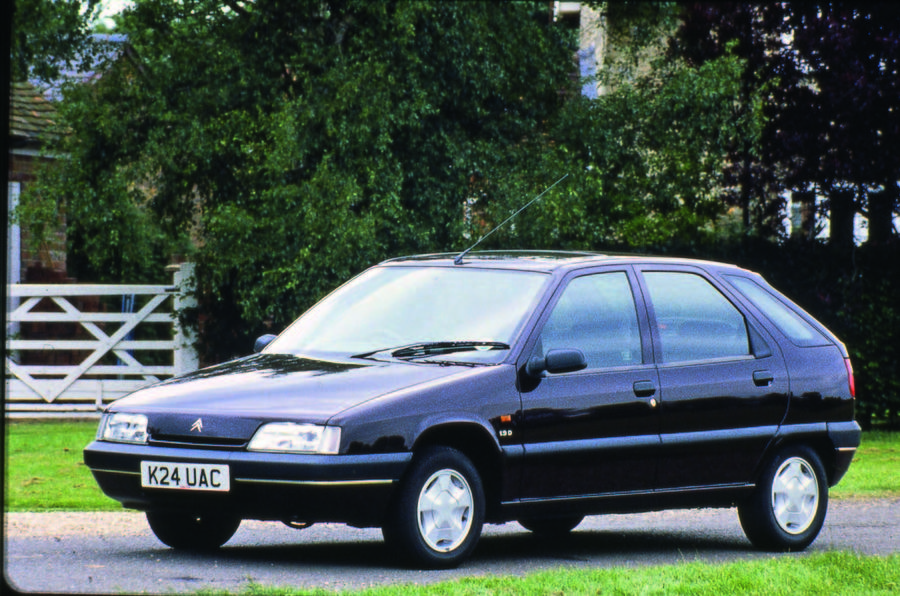 It may cost just a few hundred quid. You might be left wondering whether a couple of cylinders are on strike. And there will be misaligned panels following years of Parisian-style close-contact parking. But none of that matters one bit. What counts is that it will teach you everything you need to know about car control in a front-wheel-drive set-up. The ZX, like its Peugeot 306 cousin, features a passive rear-wheel steering system, and once weight transfer takes hold, the tail can be coaxed into angles Ken Block would be proud of. 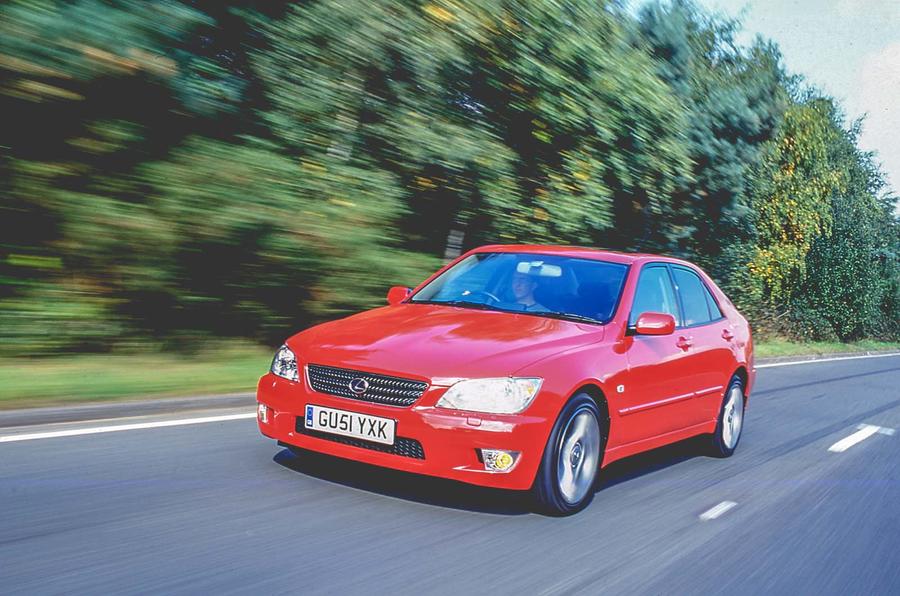 When Lexus released the original, straight-six IS 200, it was a departure from what we’d come to know of US-influenced Japanese saloons. The steering was direct, the alloy-capped, Ferrari-like gearlever had a short-shift action and the rear-drive chassis was set up to reward drivers who treated every trip as though they were running late for a job interview. And then there was the interior, which was like peering into the window of a posh watch shop. Engineered to last, and surprisingly resistant to rust, a well-cared-for IS 200 should give track-day drivers a really satisfying steer. 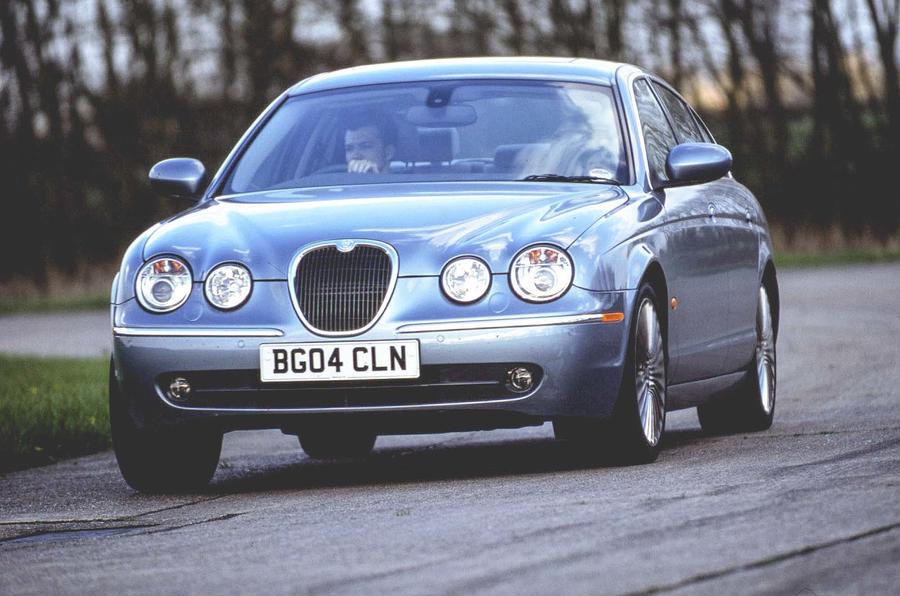 The S-Type wasn’t Jaguar’s finest hour. Bits of the original, pre-facelift car’s interiors felt like they were lifted straight from Ford’s giant parts bin – because they were. Some of the switchgear was lifted directly from the Lincoln LS, a car that in turn looked like a mediocre Hyundai. Nonetheless, with the V6 turbodiesel engine, it’s got plenty of effortless urge, yet won’t run the tank dry in a handful of laps like the supercharged V8 R version would. Find a fully serviced, 100,000-miler for less than £2000 and you’ll be able to lap the circuit – and drive home – in comfort. 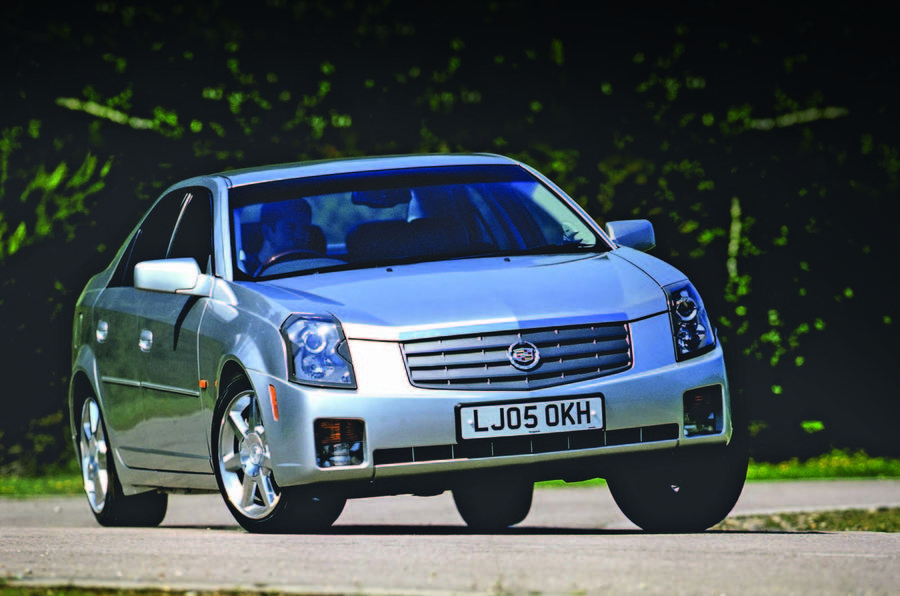 Want to be loud, proud and stand out from the crowd? Then consider one of the most famous names on the road. The CTS is a sports saloon that was sold during Cadillac’s dalliance with the European market. However, Brits didn’t embrace it with quite the same enthusiasm as rock ’n’ roll, Hollywood or drive-throughs, so they’re nearly as cheap as a bottle of flat Budweiser. A potent 306bhp, 3.6-litre V6 drives the rear wheels, making this a proper 155mph highway hauler for less than two grand. 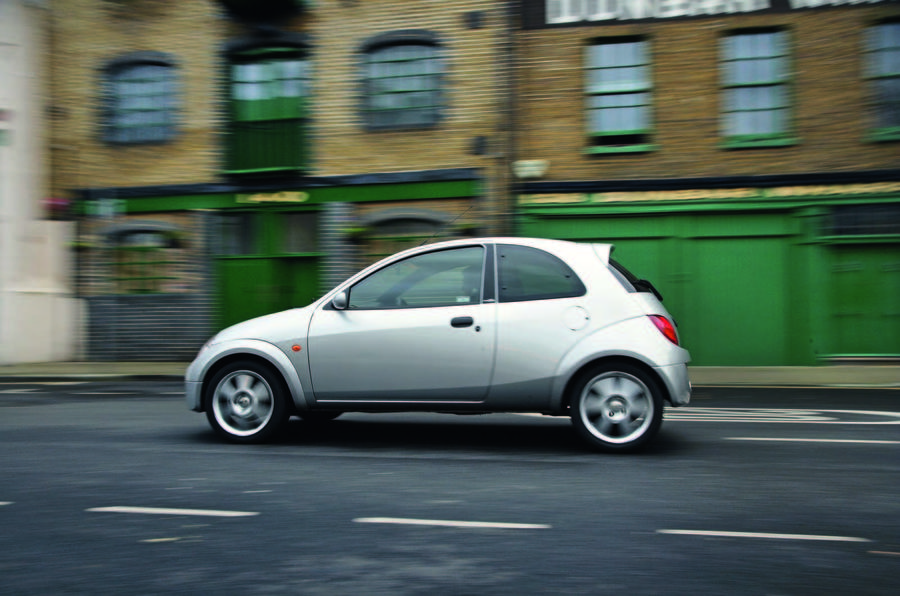 The success of the original Ka took Ford by surprise – it outlived its planned life cycle. But during the first seven years of production, the first question from fans of fast Fords was always: “When’s there going to be a hot version?” It was worth the wait, though. To create ‘the Ka’s evil twin’, Ford dropped in a larger, 1.6-litre engine, paired it with the Puma’s super little gearbox, widened the chassis’ front track, lowered the whole show by 14mm and made both the front anti-roll bar and rear torsion beam stiffer. The result was an intoxicating little buzz box that cost less than £10,000 when new. 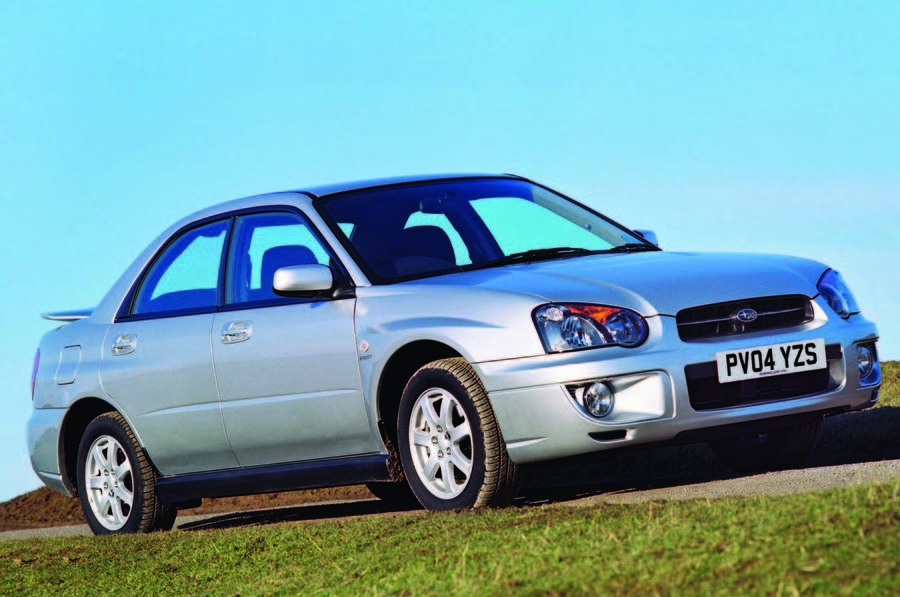 Ah, the Impreza. The wheels of choice for Colin McRae, Ari Vatanen, Carlos Sainz and Richard Burns. But don’t get too excited, because a tidy Impreza Turbo will set you back thousands rather than hundreds. Instead, choose a model without a turbo. Not only is there less to go wrong, it’s lighter (maybe you can convince yourself it’s some sort of homologation special) and, with four-wheel drive, the car will teach its driver how to conserve momentum at every possible opportunity. Better still, check the weather forecast, book a track day when it’s due to rain and enjoy humbling six-figure supercars as you call on all-wheel-drive traction to take the outside line around them. 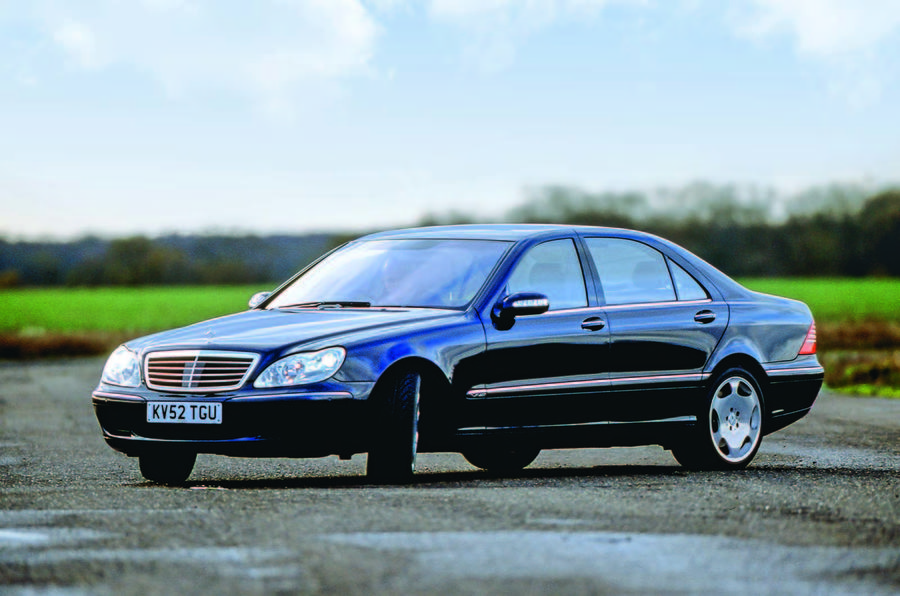 The S-Class is the epitome of Mercedes engineering. Yet it’s also a right old laugh when you cancel the traction and stability control systems and use the floor-hinged throttle pedal to coax the tail into the sort of angles that few airport chauffeurs would have adopted on the way to Heathrow Terminal 5. Sure, plenty can go wrong on a car like this, but seek one out with a fully documented, no-expense-spared history and then chuckle in disbelief at those unlikely tailslides. 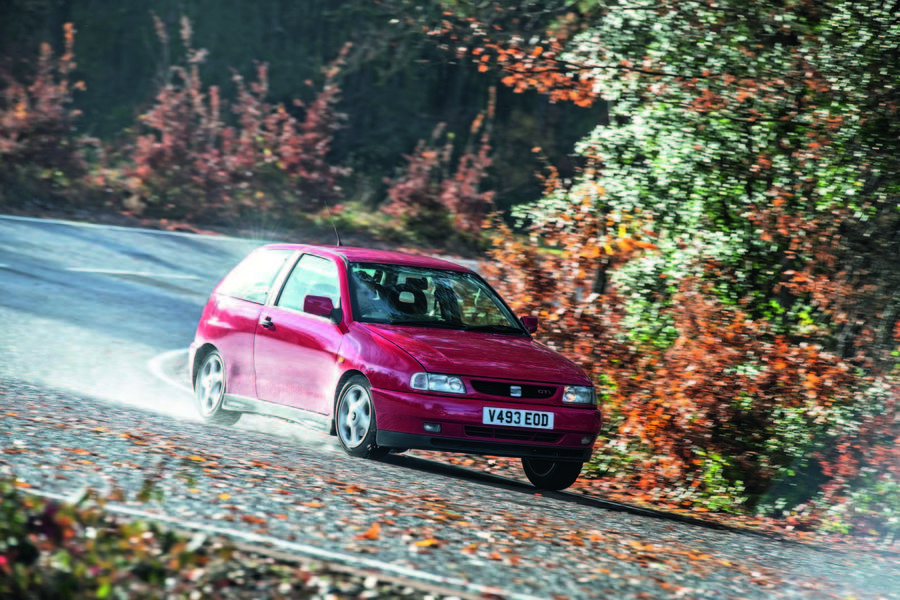 If you can find one of these (alas, we didn’t), don’t let it get away from you. The GTI version of the second-generation Ibiza had the lusty 2.0-litre, eight-valve engine from the Golf GTI and was much easier to get on with than the 1.8, 16-valve screamer. Seat did a surprisingly good job tuning the steering and chassis, too, meaning it responded in a way none of its cars had done before. The running costs are low and mechanical spare parts are easy to come by, but the tricky issue for any aspiring track-day driver on a budget is finding one. The Ibiza GTI appears to be rarer than an RS Porsche.

Behind the wheel of the ultimate Caterham track car​

Unlikely track day stars really nails it! This article is so far off the mark it's hardly surprising no journalist wanted to put their name to it. Ibiza GTI sounds tasty though?

Subaru looks an amazing even

Subaru looks an amazing even now, superb car, I am going to buy one of these for sure. For weekends ride this is going to be the perfect car, thanks for usuful tips!