BACK TO ALL NEWS
Currently reading: Shift work: 10 of the greatest manual cars
UP NEXT
New 2023 Porsche 911 GT3 RS is "most track-focused" ever

As the manual gearbox enters its autumn years, we celebrate its finest hours by picking 10 of the greats where manual labour is a labour of love
Open gallery
Close

In the US, where everyone has a cause, it’s possible to buy a fairly complete wardrobe bearing the ‘Save the stick’ slogan. Stickers, too, are available to those who want to take up the cause. One wag came up with ‘Anti-theft device: this vehicle is equipped with a manual transmission’. It’s a gently amusing line with, perhaps, an unintentionally serious point.

The car industry is phasing out the manual gearbox, often claiming it is helping drivers by removing distraction when actually the truth is that economies of scale and emissions legislation are reducing choice, and sports cars in particular are becoming so powerful that the average driver would probably ruin their car’s clutch or transmission faster than they could dial the number for the maker’s roadside assistance.

And actually, setting aside the pleasure that is to be derived from driving a manual, operating one rather than letting an automatic do the work makes for a more attentive driver. All four limbs get involved in the physical act of driving, so there’s less temptation to handle a smartphone, more focus on the act of managing the machine and – assuming it’s a good gearbox – more pleasure to be had from perfecting all those upshifts, downshifts and heel-and-toe moments.

Obviously, it’s almost too late to do anything about it. Electric cars spell the end for the stick shift. So if you want to continue to revel in the simple act of changing gear, set aside a car that will continue to offer you the interaction. Here are 10 that will get you engaged. 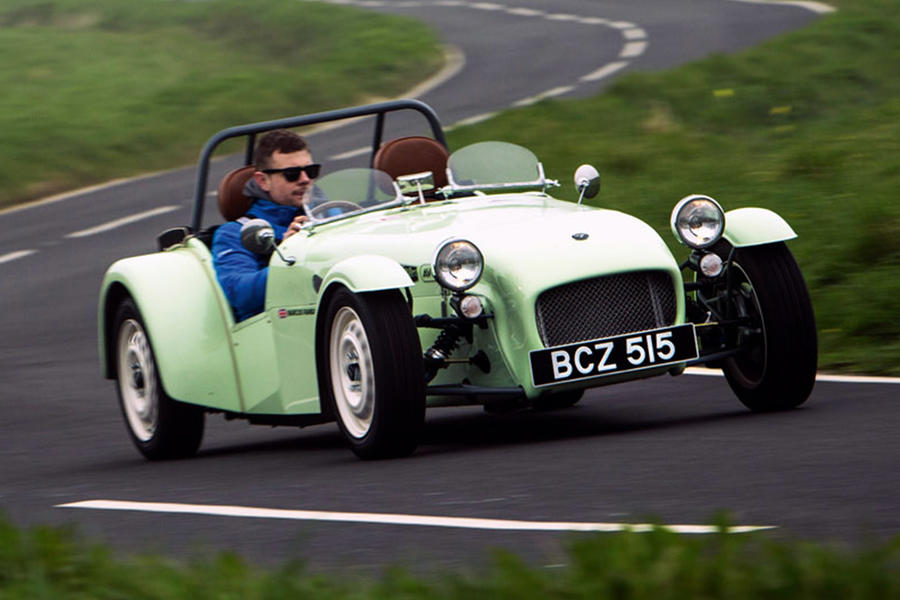 It’s hard to overstate what a transformation the six-speed gearbox made to the Seven when it was introduced in 1993. The close-ratio unit made the lightweight roadster even more invigorating to drive, keeping the sweet-revving Rover K-Series engine singing away at the top of its rev range, with barely any discernible let-up between each gear. It had, and still has, one of the shortest throws of any manual gearbox and remains the highlight of the range after nearly three decades of service. 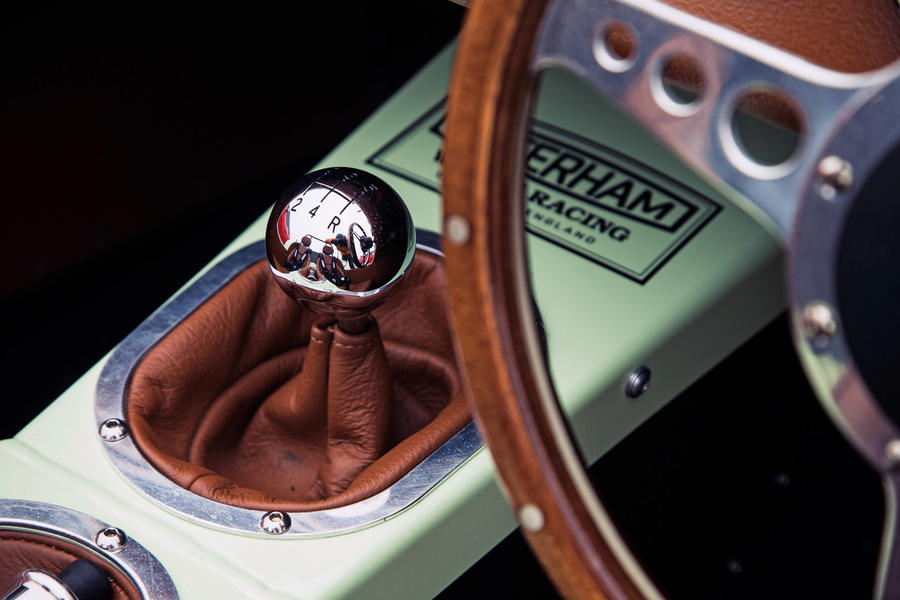 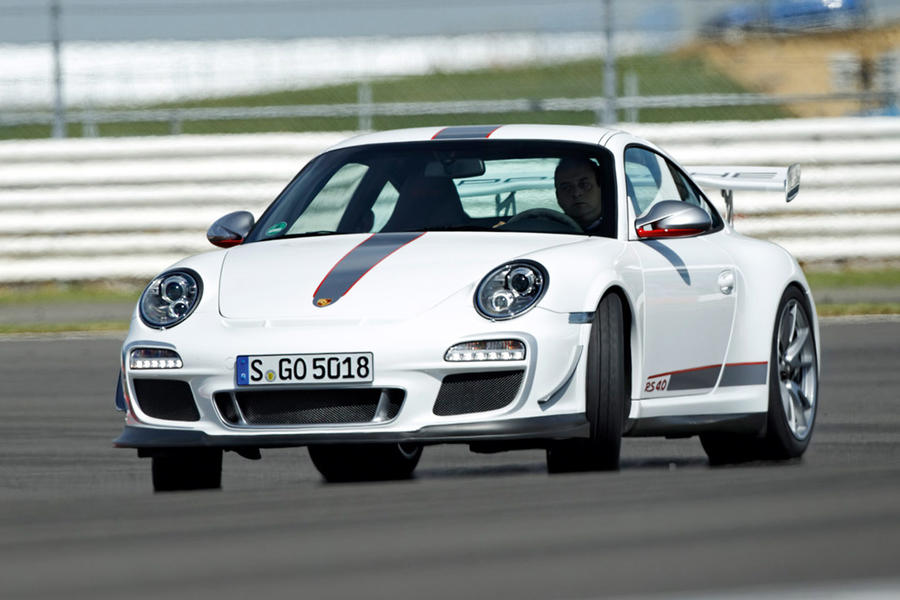 The final version of the 997-generation 911 GT3 RS featured an engine block that was shared with the 911 RSR race car and was able to summon more than 490bhp from its four naturally aspirated litres. Happily, the extra power and wider spread of torque over the regular RS meant the tall gear ratios worked better, while the gearshift remained a delight. But with only 600 of them made, prices have shot up faster than the engine’s rev counter. They’re now around £400,000, compared with less than £130,000 when new. 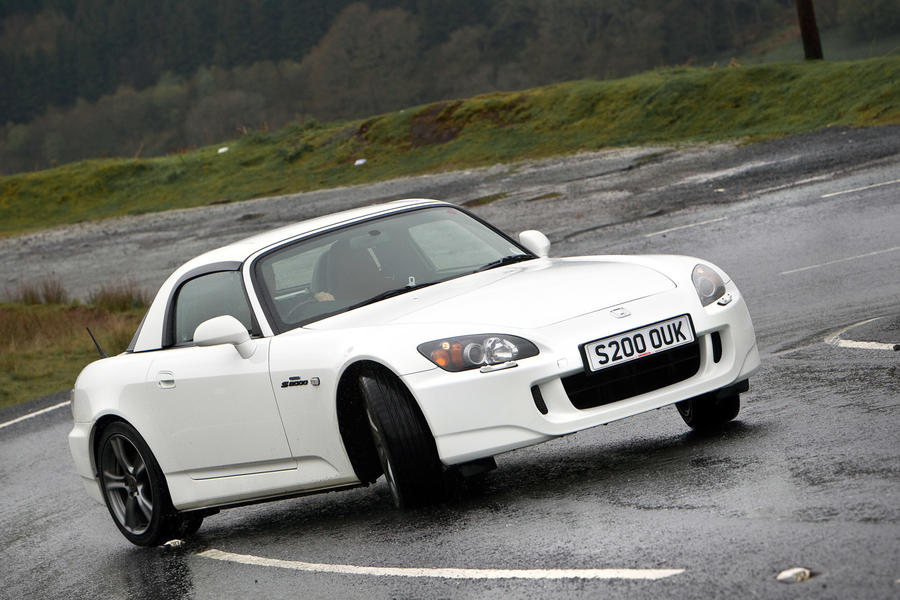 With a 2.0 engine that could rev to 9000rpm and didn’t deliver all its torque until 7500rpm – beyond the rev limit of most of its contemporary rivals – Honda’s S2000 would have been nothing without a masterpiece of a gearbox. Happily, the six-speeder was a gem – one of the greatest of all time. 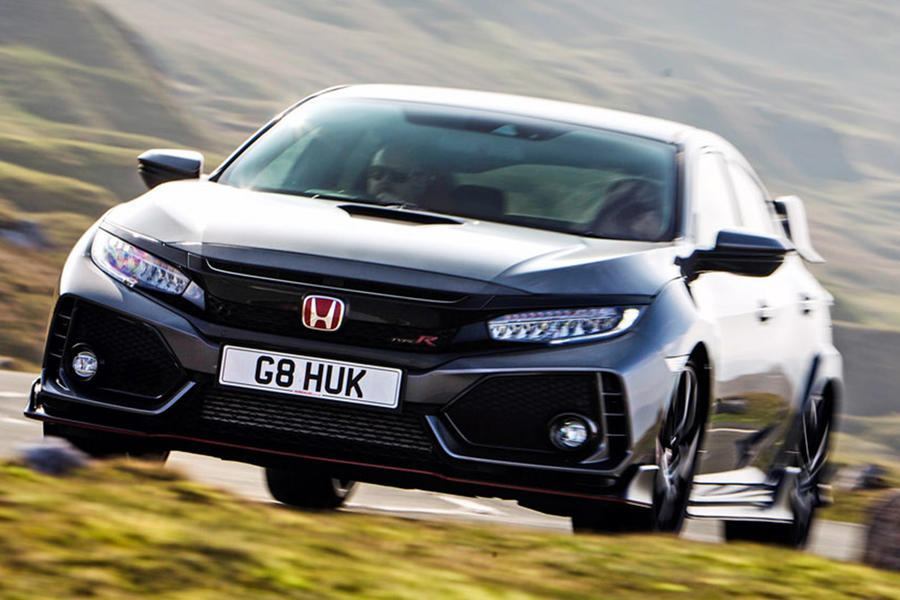 For two Hondas to feature in this list tells you all you need to know about the Japanese car maker’s pedigree when it comes to gearboxes. The current Civic Type R has the best gearchange of any hot hatch on sale today and is all the better for shunning the dual-clutch automatics of certain competitors. 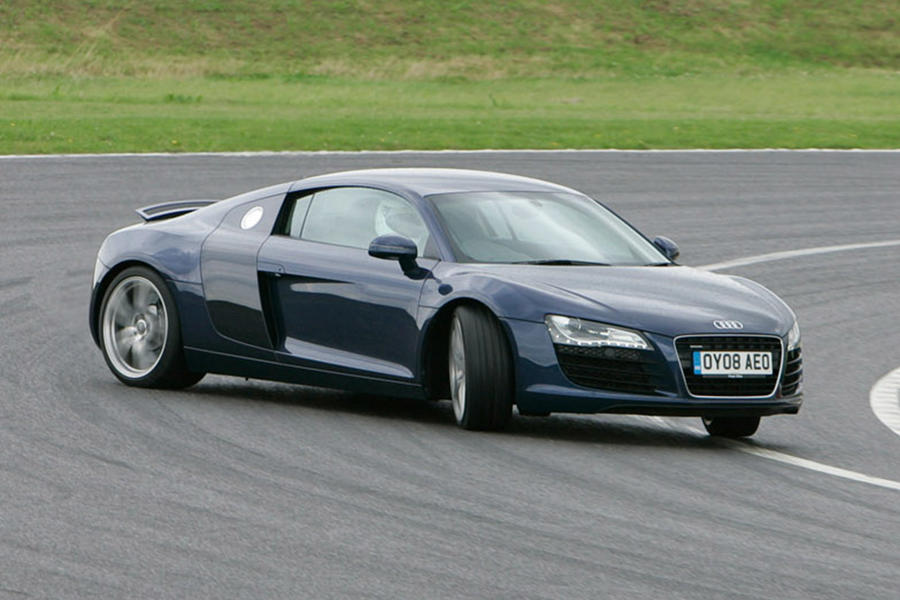 With its low-slung body gently enveloping the mid-engined aluminium monocoque and quattro four-wheel drive system, the original Audi R8 – designed by Frank Lamberty and Julian Hönig – is ageing far better than its angular successor. And there was something about the way the first R8 drove that made it feel less like a product of Audi (even Quattro GmbH) and more visceral, as though Porsche’s GT division had had a hand in its creation. It was a high point under the watch of Stephan Reil, former technical director at Audi’s sports car division. Both the V8 and V10 models were offered with a six-speed manual gearbox. And both gave a nod to Ferrari, with an aluminium gate celebrating the goodness of a stick shift. 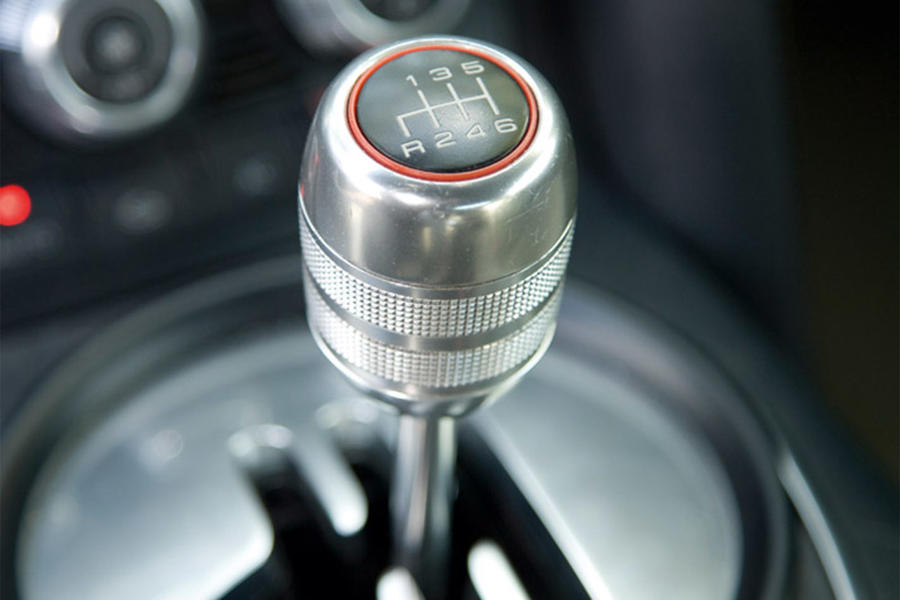 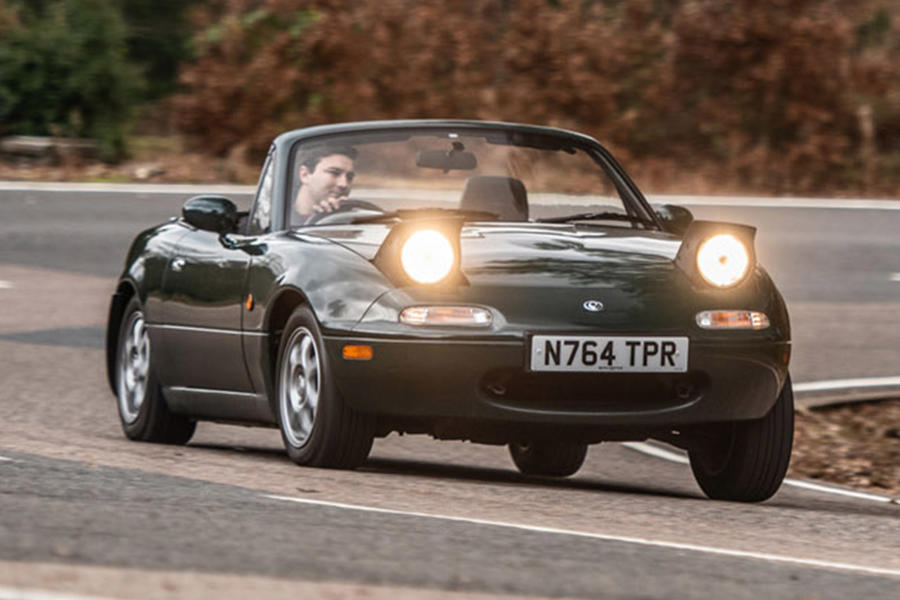 Although the latest, fourth-generation MX-5 runs it close, the Mk1 MX-5 will always be the original and best when it comes to the drivetrain. To appreciate why, read what Autocar’s testers had to say in 1990: “The real ace up the MX-5’s sleeve is its gearbox. Rising no more than a couple of inches from the transmission tunnel, the well-weighted gearlever snaps through its tiny throws with millimetric precision. The whole driveline encourages you to drive as precisely as it operates. Co-ordinate the light, quick clutch with that rifle bolt of a gearchange and combine the two with the split-second reactions of the engine and you will be rewarded with a rare degree of driver satisfaction.” 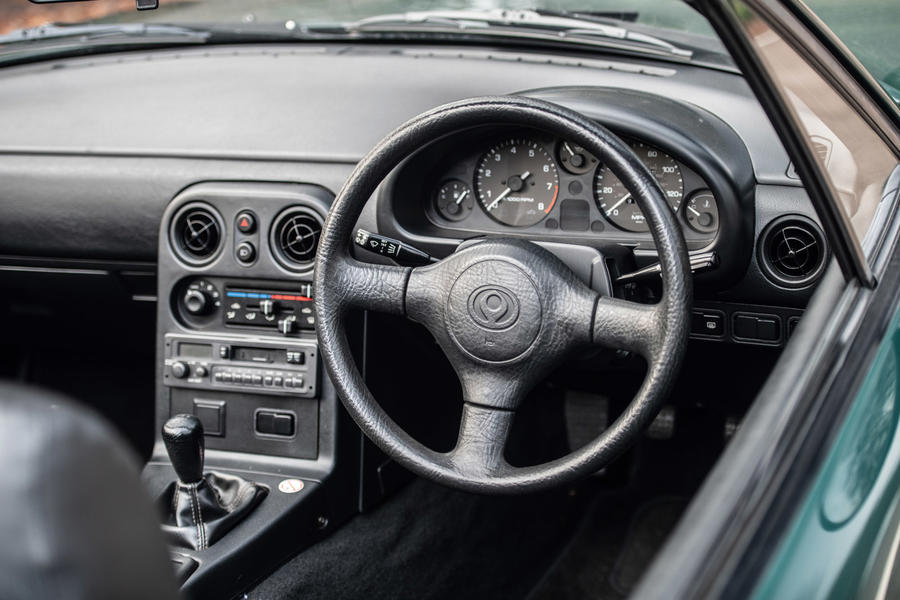 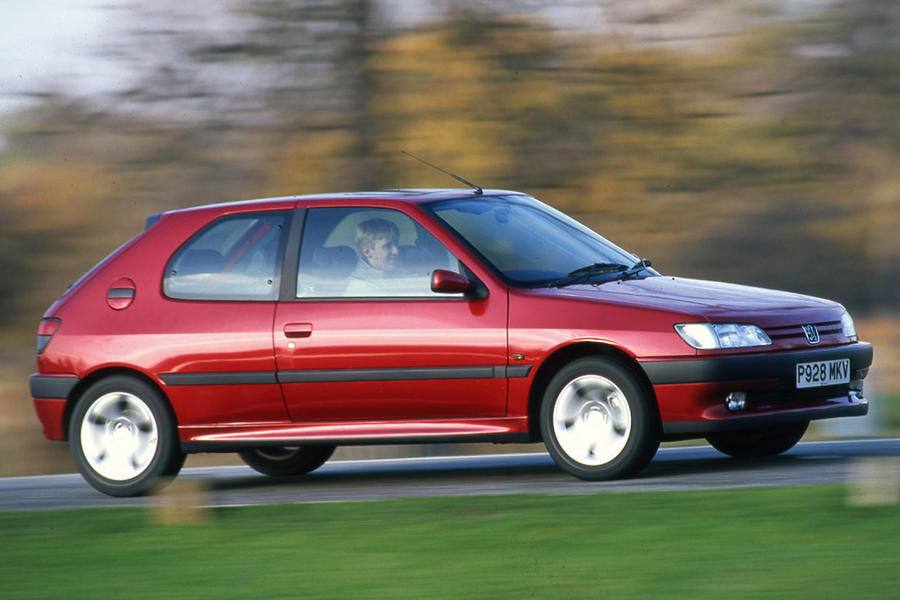 Somehow, the 306 GTi-6 never seemed to earn the acclaim it deserved. After all, in 1996, this was the first hot hatch to feature a six-speed gearbox, and with almost 170bhp, it was more powerful than most of its rivals. The close-ratio gearbox helped keep the 2.0-litre 16-valve engine on the boil – a good thing, too, as it liked to rev – and the steering feel and poise of the chassis could teach most modern hot hatches a thing or two. These days, you’ll need to source an example that has been well cared for, or it may prove a money pit. 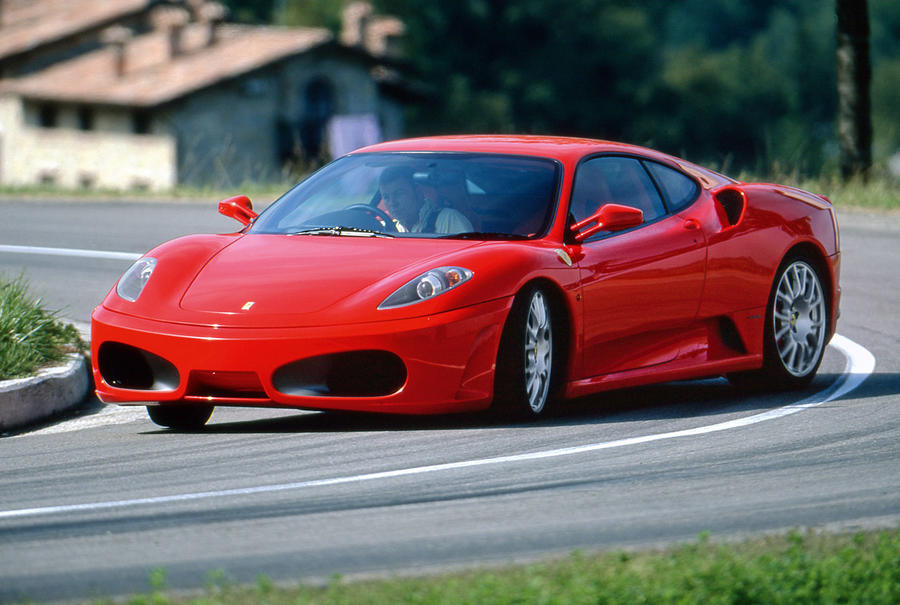 The F430 isn’t the very last road-going Ferrari to feature a manual gearbox, but it’s one of the last and most accessible for anyone considering ownership of their first Italian sports car. With the exposed aluminium gate standing proud on the leather-trimmed transmission tunnel and the drama of an alloy ball-topped lever, it represents decades of theatre from Italy’s greatest showmen. 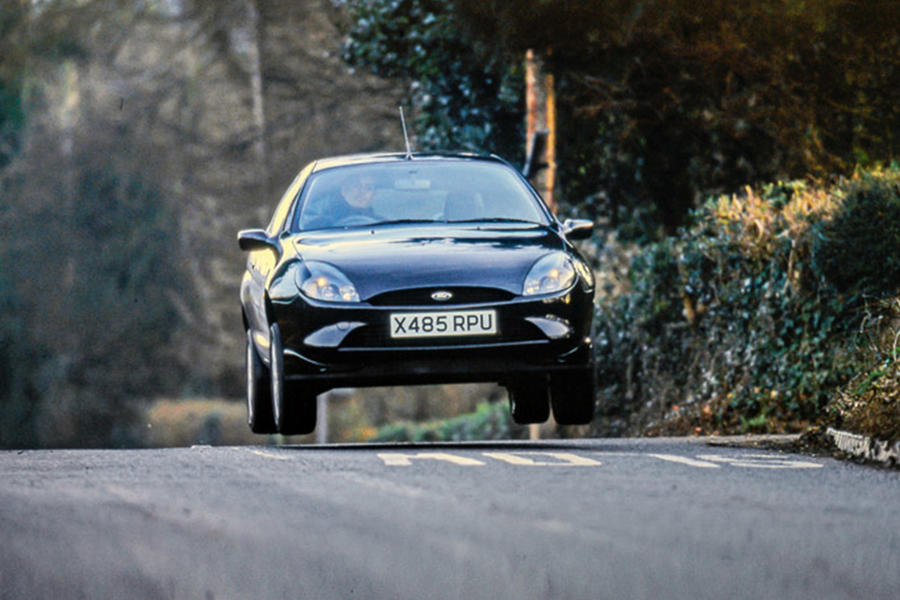 Is there anything more satisfying than sliding behind the wheel of an affordable small car, setting off down the road and finding yourself grinning from ear to ear within the first mile? Ford was at the top of its game when the Puma arrived in 1997. Led by Richard Parry-Jones, the firm’s engineering development chief, Ford effectively over-engineered its cars, investing in the ingredients that would make them feel good to drive. The Puma was a case in point: small, agile and perfectly happy to be taken by the scruff of the neck. The best examples had a zesty 1.7-litre Yamaha engine and a short-throw gearlever topped by an alloy cap. 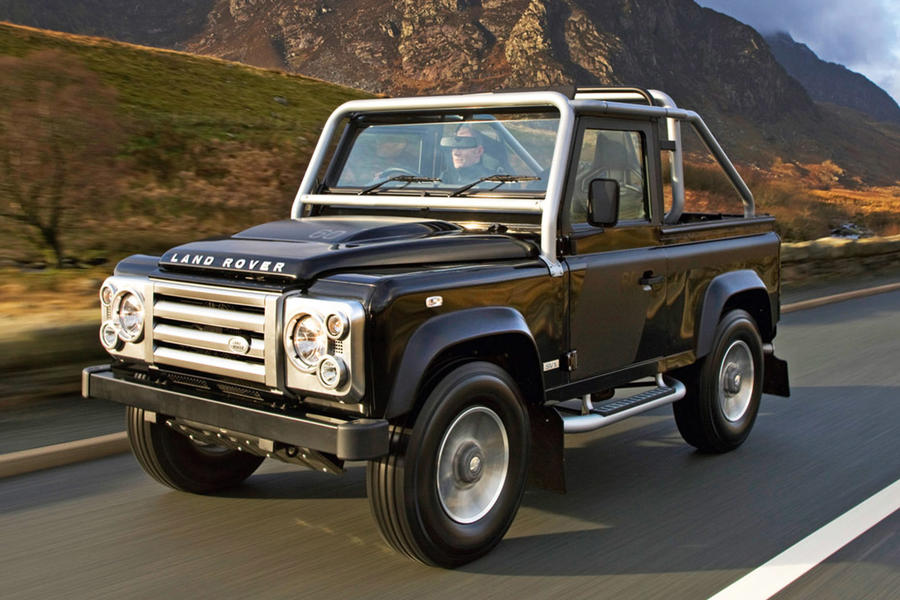 When it comes to a rough-and-ready, hands-on feel, you’d have to reach inside a gearbox to get a more mechanical sensation than changing gear in a Land Rover Defender. Unlike most cars on this list, which carry sporting pretensions, the Defender is all about unhurried shifts, an appreciation for the components at work and the hope that it won’t spring an oil leak out in the middle of nowhere.

Caterham Seven at 60: a time-warp road trip in the Seven Sprint

The  extra housing for the six speed box meant the Pug had the worst turning circle known to man, which could turn a blast down the lanes into an embarrassment of three point turns.

Tbe sort of article that

Tbe sort of article that shows Autocar still actually has an opinion.

I would pay a lot of money for a magazine that did so on a regular basis.

Tbe sort of article that shows Autocar still actually has an opinion. I would pay a lot of money for a magazine that did so on a regular basis.

Yes, a refreshing and enjoyable read. Its rare to see a motoring journalist contradicting some of the PR put out by manufacturers these days.

the writer is smoking something dodgy, is when they name a Defender as have one of the best gearboxes... I take it he hasnt lived with one for an extended period of time..

the writer is smoking something dodgy, is when they name a Defender as have one of the best gearboxes... I take it he hasnt lived with one for an extended period of time..