BACK TO ALL NEWS
Currently reading: No electric plans for Porsche GT division
UP NEXT
Testing the UK's newest circuit in a Porsche Cayenne Turbo GT

Porsche’s GT division has no plans to electrify its models, according to boss Andreas Preuninger.

He claims that electrification is “not something we think about at the moment”. The company’s main line-up will soon include an electric Taycan and a hybrid 911, but the GT variants will continue to be all about the purity of a petrol engine without assistance, Preuninger said.

“There are ideas to maybe look in that direction for the normal sports car line but not for the GT cars. If we would decide to make all the racing cars electrified overnight, then we would have a reason to look into that but, as always, it has to be a connection between the cars we use on the track to the cars we sell with a numberplate attached,” Preuninger said.

“Firstly, for homologation, but also we have to have the same DNA in the car and share the same platform, otherwise you lose credibility.”

He continued: “I think it’s very correct and the right thing to concentrate on three pillars [across Porsche] – hybrid, complete electric and hardcore, typical sports car. Ferry Porsche once said the last car on earth would be a sports car and I’m absolutely sure he’s right.” 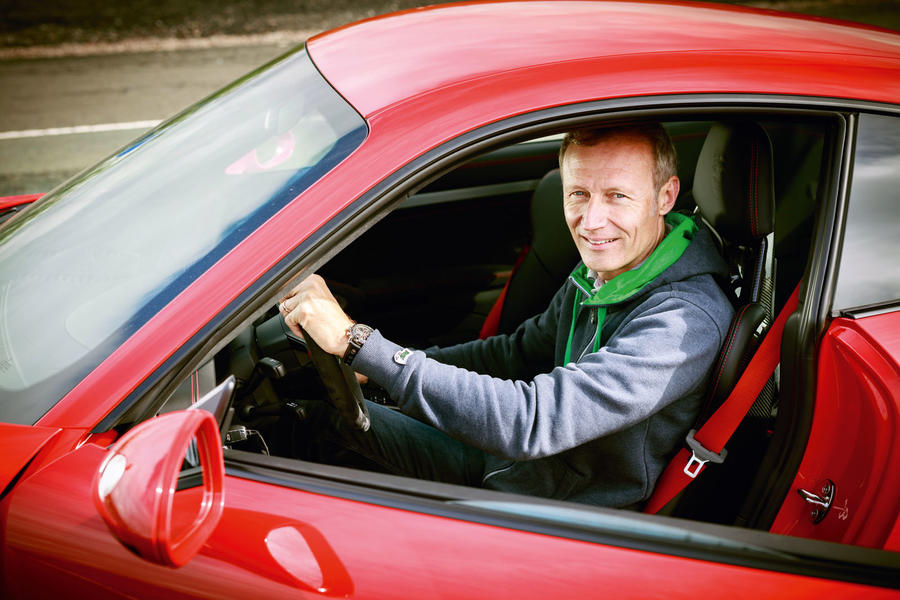 Preuninger also claims that Porsche’s board members are “really aware” of how important the GT division is not just to the brand’s clientele, but also to the integrity of the company’s image as a manufacturer of sporting models for enthusiasts.

“Luckily our board members support us with GT projects which are pure Porsche in a way a 911 always was. In other teams, Porsche concentrates on fields such as digitalisation and electromobility. We’re in constant interchange but I don’t think we should put everything in one barrel.

Preuninger added: “We have to have different cars to share different purposes and as long as this customer group is willing to buy our cars and enjoy the cars so much, why should we stop?”

All the details on the upcoming hybrid 911

I forgot to add, particularly

I forgot to add, particularly the GT class

No plans for electric

No plans for electric

Bullshit, of course they have plans.

No disrespect lambo58 but let me say I think you are wrong in your statement. Those of us close to the Porsche GT department, through ownership of GT products, factory visits, customer clinics and forum chatter can attest to Andreas being straight regarding future product. I have no problem believing this article. Some automotive heads talk bull**it, think Lotus, Ferrari, Lotus, Lotus, but Andreas speaks the truth. I challenge you to quote a statement from him that was manifestly inaccurate re Porsche GT products? Think how many 'quality' motoring mags, this one included, that claimed the new Cayman GT4 was going to use the GT3 engine. Andreas never said it!

Boris, I don't doubt your

Boris, I don't doubt your sincerity, but a company as driven by Porsche in every sense of the word not having secret plans to develop electric assisted cars at the very least in the world of advancing technology from other car manufacturers doesn't ring true at all.

It is becoming obvious to anyone even only remotely interested in performance cars that electric is the way forward concerning instant torque etc.

So if you don't mind I will agree to disagree with you and still say what hes said its crap.

Actually a bit like I remember eons ago the 911 would only ever have an air cooled engine...