BACK TO ALL NEWS
Currently reading: Seat to add six electrified models by 2021 after record 2018
UP NEXT
Toyota bZ4X deliveries still on hold after wheel detachment concerns

Seat will introduce six electric and plug-in hybrid models by 2021 and lead development on an entry-level electric car following a record 2018.

The Spanish manufacturer's electrification strategy will begin with an electric version of the Mii city car later this year. The el-Born electric car will then go on sale in 2020, following the Volkswagen ID hatchback and becoming the second Volkswagen Group model to use the MEB platform.

Seat has also confirmed that the next-generation Leon hatchback and the Tarraco large SUV will receive plug-in hybrid variants. The seven-seat Tarraco recently went on sale in the UK and indicates the design direction of future Seat models, while the fourth-generation Leon is expected to make its debut later this year ahead of going on sale in 2020.

Performance sister brand Cupra will also add electrified models to its line-up. It has already confirmed that its first non-Seat-derived model, the Formentor SUV-coupé, will feature a plug-in hybrid powertrain. It will also offer a plug-in hybrid versions of the Cupra Leon. Cupra is set to expand its range to seven model by the end of 2020, with the Formentor due to be built at Seat's factory in Martorell, Spain.

Seat had previously confirmed that two electric models would arrive by 2020, but the brand has, along with the rest of the Volkswagen Group, accelerated its plans for electrification. Seat's strategy also includes the Minimó urban mobility concept revealed ahead of this year's Geneva motor show. It will lead development on micromobility for the entire Volkswagen Group. 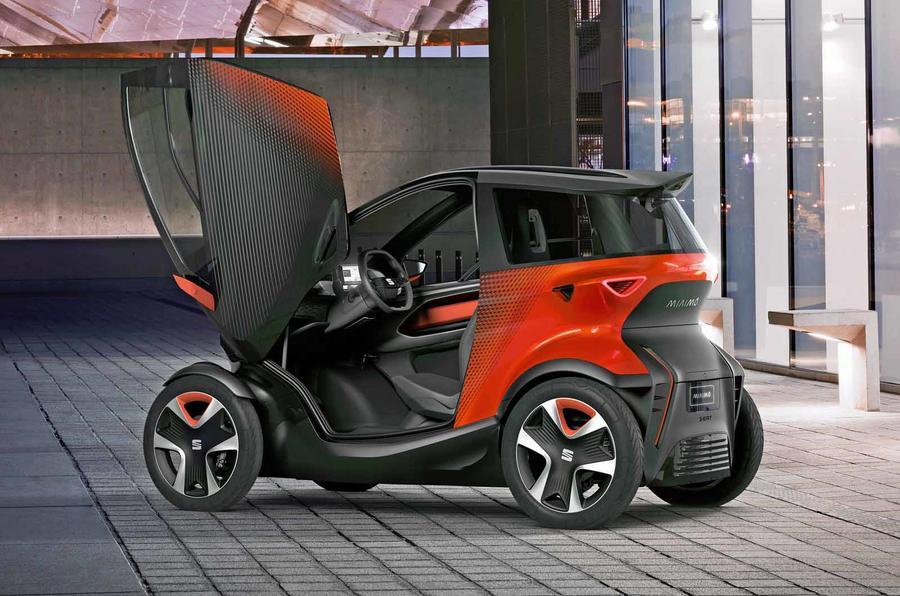 Seat delivered more than half a million cars in 2018 to become Europe’s fastest-growing automotive brand. The 10.5% gain over the previous year equated to 517,600 vehicles sold, bolstered by the popularity of the Seat Arona and Seat Ateca SUVs. That number places Seat behind Skoda (1.2m vehicles sold), Audi (1.8m) and Volkswagen (6.2m) in terms of overall Volkswagen Group sales.

Seat is also targeting a sub-£20,000 price for a forthcoming entry-level electric car that will be based on a smaller version of the MEB platform. In a first for the brand, Seat will lead development in collaboration with Volkswagen. Resulting models will be around four metres in length and rolled out across other Volkswagen Group brands.

“2018 was the best year in the history of Seat,” company CEO Luca de Meo said. The brand saw a sixth year of consecutive growth, fuelled by the continued popularity of the Seat Leon hatchback and Seat Ibiza supermini, as well as the addition of SUV models to the line-up. “One of every three Seats sold in 2018 was an SUV,” de Meo added. “We had none three years ago.

“A big part of the growth was explained by our SUV offensive, which is working beyond our realistic expectations.” The Ateca has already become the brand’s fourth most popular model, despite supply restrictions at launch, and the introduction of the high-end Seat Tarraco will allow Seat to stretch its line-up more towards a premium offering than ever before. 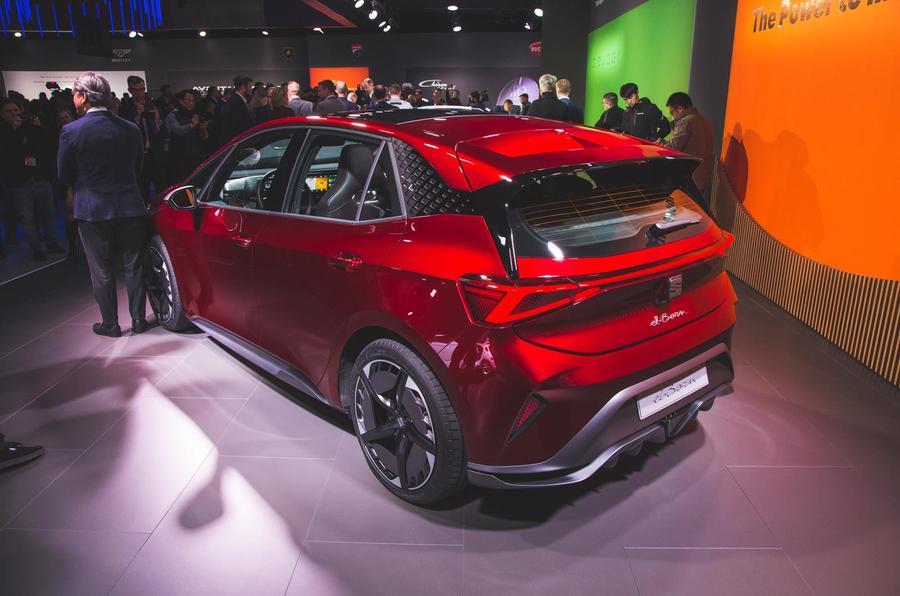 Establishing Cupra as a standalone brand also helped boost sales, with 14,400 cars sold in its first year of independence.

Of Seat’s production output for 2018, 80% was exported, making the brand Spain’s largest industrial exporter, accounting for almost 3% of the country’s total exports. The Martorell factory produces the Seat Ibiza, Arona and Leon, as well as the Audi A1, and builds more than 2300 cars per day.

Seat is aiming to continue its global expansion in 2019, starting with North Africa, where it will lead the Volkswagen Group’s vehicle assembly project in Algeria. It's also targeting Latin America, with plans to start operating in Chile later this year.

China, the world’s largest car market, is the brand’s biggest opportunity for growth. Seat is already part of the JAC-Volkswagen joint venture and is preparing to enter the Chinese market soon.

It's also targeting software as a way to gain an edge over rivals, by integrating its existing Metropolis:Lab hub in Barcelona with other Seat companies including Xmoba. It will focus on mobility schemes, including ride sharing and on-demand buses.

The need for electrification

The pressure to reduce emissions and switch to electrification will prove tough, not just for Seat but the industry as a whole, according to de Meo. “It will be a hard proving ground for many before a new era of automotive can blossom again.

“The next two or three years will be challenging, But the next ten will probably be fantastic, for the whole industry.”

“There’s no alternative to electricity to cut emissions and make mobility CO2 free,” VW Group chairman Herbert Diess said. “We are aligning the group with e-mobility like no other company in our industry.” The group’s vehicles are responsible for 1% of all transport-related emissions worldwide, and it is committed to becoming carbon neutral by 2050.

The Group is investing in charging infrastructure, but the current situation was described as ‘chicken and egg’ by de Meo. “The infrastructure leaders are waiting for us to prove electric cars work, and we are saying if we don’t have the infrastructure we can’t sell enough cars.

“Clearly there will be a market, as we have emissions targets to meet, and will sell cars that need to be charged. It will happen.”

There are many news articles on car industries electrified models. The records you must follow for essaymama.com reviews car news. The industries were so much important to have auto car new models.

Can just imagine what these

Can just imagine what these are going to be like cheap fairly reliable and quite good interior quality i reckon these could be good.

Skoda, VW and Audi gave out similar new just recently, its not really 6 new cars is it, its just another rebadging exercise, thats all VAG seem to do these days anyway.