BACK TO ALL NEWS
Currently reading: Land Rover plots comeback with hybrid-led new model blitz
UP NEXT
Prodrive P25 is uprated Subaru Impreza 22B with 400bhp

Land Rover will this autumn kick off an extremely significant two-year period of consolidation and expansion, following a turbulent 18 months, that will define the brand for the next decade.

A great deal of the activity will relate not just to the launch of four new vehicles but also increased electrification within its line-up. Although the marque’s pure-electric vehicles are still some years away – with sibling brand Jaguar leading the group in this market segment – all new Land Rover models from late 2019 will be offered with the option of mild-hybrid or plug-in hybrid drivetrains, allowing it to leave its diesel difficulties behind.

Perhaps the most important addition during that time will be the all-new Mk5 Range Rover, imagined by Autocar above, which is expected to be unveiled in 2021. The mainstream version of the new flagship will be a plug-in hybrid based on an all-new aluminium platform, dubbed MLA. It has been designed to be much lighter than the current Jaguar Land Rover aluminium architecture, as well as accommodating conventional engines and/or electric drive. 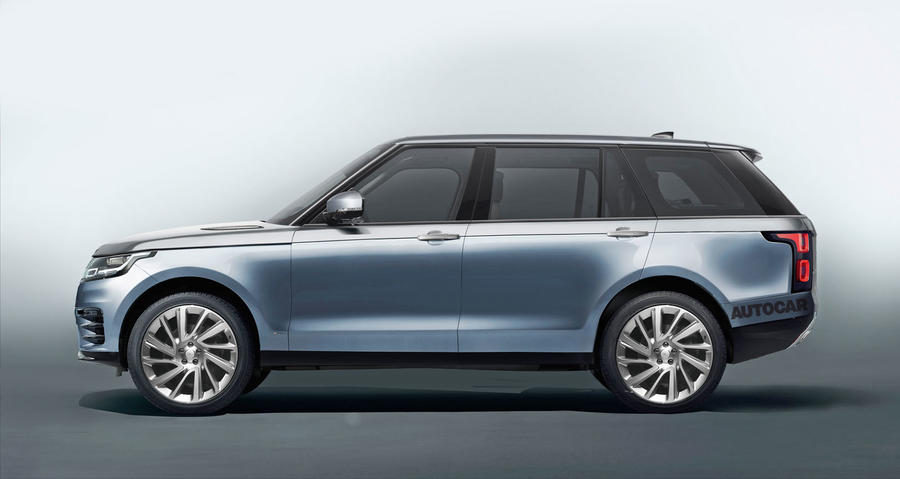 Autocar understands that there will be an all-electric Range Rover 5, but it will be targeted at city users, particularly in east Asia. The vast majority of sales, however, are expected to be of the plug-in hybrid version, which will combine the new straight-six Ingenium engine with twin electric motors – one assisting the front wheels and one driving the rear axle.

Land Rover engineers hope that the combination of the new architecture and downsizing the engine will offset the weight of the battery pack, which will offer around 40 miles of pure-electric driving.

A mild-hybrid Range Rover 5 will use a very similar set-up to the upcoming Range Rover Sport, so expect 300- 400bhp versions of the new straight-six Ingenium engine assisted by both a 48V electric supercharger and a twin-scroll turbocharger. Kinetic energy that would otherwise be wasted is harvested and stored in a small battery that, in turn, powers the engine’s electric supercharger. 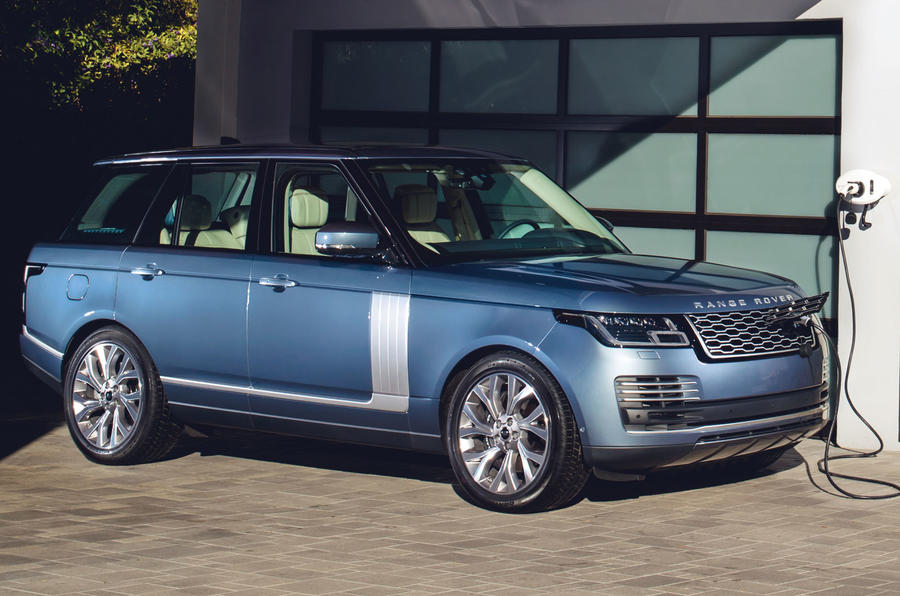 The upshot of this electrification push is that JLR should easily meet its 132g/ km EU CO2 target in 2021. This target is less stringent than the 103g/km applied to its Volvo rival because JLR is a smaller-scale manufacturer of large cars selling fewer than 300,000 vehicles in the EU. As such, the UK government successfully argued, it needs more leeway in meeting fuel economy targets.

However, the EU fleet CO2 targets for 2025 (15% lower than 2021) and 2030 (31% lower) are far more onerous, and it’s possible an expanding JLR will lose its derogation, making large-scale sales of plug-in hybrids essential from 2024 onwards. And here, for once, JLR is confidently on the front foot, as its prepares to roll out the new MLA architecture.

Elsewhere in the line-up, Autocar understands that the Range Rover Sport is getting a significant mid-life hybrid makeover now as a vote of confidence in its enduring appeal. Sales continue to be very strong and a replacement is thought to be at least three years away. 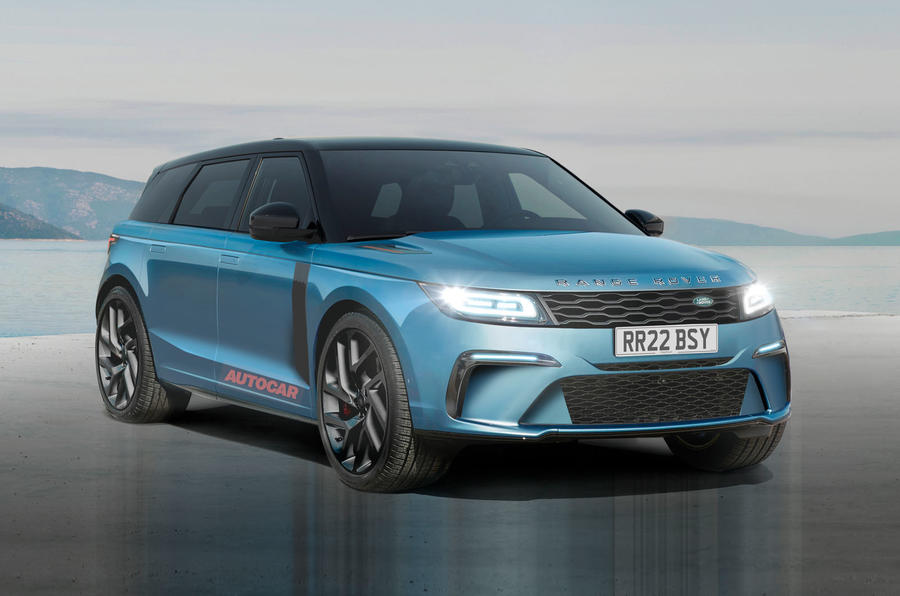 Further out, it’s thought that the first globally targeted Land Rover EV will be the so-called ‘Road Rover’, which will be much lower and more aerodynamic than other Range Rovers.

Despite JLR’s new ‘Project Charge’ cost-cutting efforts, Autocar understands the Road Rover is still on the company’s model cycle plan and will most closely compete with Porsche’s next-generation electric Macan and be twinned with the next-generation Jaguar XJ.

The future, MLA-based Velar could also be offered in pure-electric form, but that next-generation model is thought to be more than four years away from launch, and remains at the planning stage.

In the shorter term, the long-awaited Defender will be revealed to the public this year. It will be sold in mild-hybrid and plug-in hybrid forms. Fears that a plug-in Defender, with an electrically powered rear axle, would be compromised off road are, Autocar understands, misplaced. 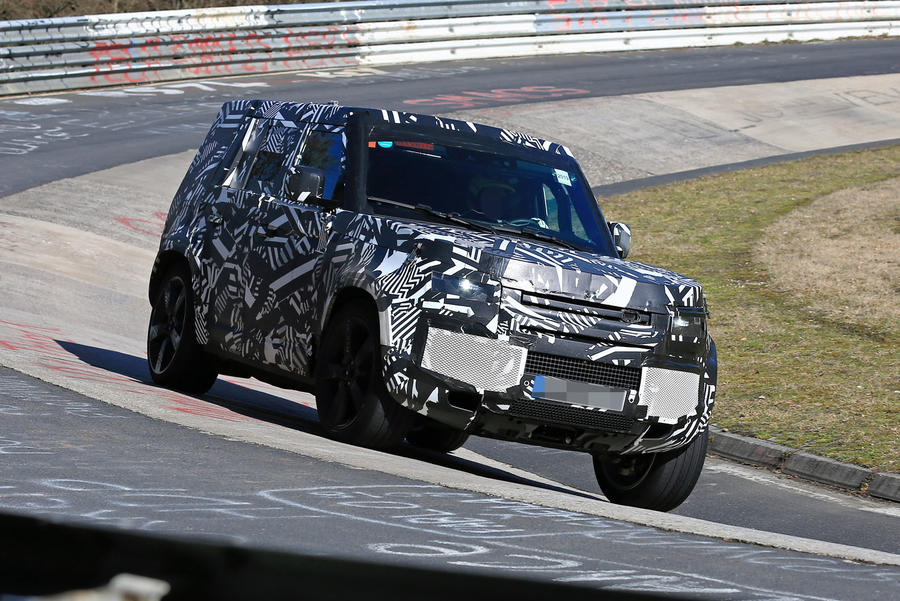 There’s no firm news on a pure-electric version of the Defender, but it remains a possibility. However, a plug-in hybrid with 35 miles of silent and emission-free electric range could be as useful off road as in a city centre.

In the immediate future, the new Range Rover Evoque, which rolls on a completely re-engineered platform and has received praise for its refinement and poise, is already available with a mild-hybrid set-up, assisted by a belt-driven starter/generator.

Early next year, though, the Evoque plug-in hybrid will arrive using a three-cylinder engine, a 48V hybrid system and an electrically driven rear axle. The three-cylinder engine alone develops a healthy 197bhp and 148lb ft of torque from 1.5 litres.  In addition, the electric motor on the rear axle generates 106bhp and 192lb ft. The vehicle’s electric range is expected to be about 35 miles.

The Discovery Sport – until recently Land Rover’s best-selling model – has been suffering against some strong competition, from Volvo especially. Judging by the reception for the new Evoque, however, its imminent reinvention as a more luxurious car with both mild-hybrid engines and plug-in capability should significantly revitalise sales in 2020.

Another new Range Rover? Used to be a time when very long product life cycles, eg Defender and Mark 1 Range Rover, did wonders for retained residual values and sorting out quality/design issues.

The hybrid should use a 4

The hybrid should use a 4 cylinder engine, not a 6. Why is LR hving such a problem with EVs ? -  makes one, its not hard to build a Land Rover on the same platform.

Didn't I read last week that the majority of PHEVs never see a charging socket, making them a ploy by the manufacturers to circumvent regulations.

Simply put, for a given weight, the same amount of energy is required to move it - it's just the source of that energy and efficiency of conversion that differs, and that's where the EV wins. It's more efficient at turning energy in to movement (iro 60% compared to 30% for ICE). Just a shame that all that efficiency gain is lost by the difference in storage density between petrol and battery.

The only real solution to the transport dilemma is (unfortunately) more mass-transit, more self-powered transport and fewer miles travelled.

I can see personally owned cars becoming a weekend play-thing, like the way that classic cars are used today