BACK TO ALL NEWS
Currently reading: Aston Martin share capital released onto London Stock Exchange
UP NEXT
2025 Volkswagen ID 1 is Spanish-built, £17,000 entry EV

The amount of available shares totals 228,002,890, up from the initial 57,000,723 share offering that represented 25% of the company. An initial offer price of £19 per share valued the British car maker at £4.33bn, although early trading saw that amount drop almost 5% on the first day of trading. It has continued a downward slide, with shares trading at £16.06 at the time of writing.

Based on the initial share price valuation, Aston fell just short of being eligible for inclusion in the FTSE 100 index (for the companies listed on the London Stock exchange with the highest valuation).

The company is now trading on the LSE under the ticker 'AML'.

Before the flotation, Aston has revealed a guide price of between £17.50 and £22.50 per ordinary share. Eligible Aston Martin employees, customers and owners' club members based in the UK benefit from a specific share offer. Daimler retains its 4.9% share, locked in for 12 months, while Investindustrial's stake will be locked in for 180 days.

Earlier this year, Aston also published its half-year financial results that show a 14% increase in revenue to just below £450 million, with pre-tax profits rising from £20.1m to £20.8m. At the initial valuation given for the company's shares, it stands a good chance of becoming part of the FTSE 100 as the value increases.

The British supercar maker is currently owned by Italian and Kuwaiti shareholders, alongside other minority investors. Investindustrial took a 37.5% stake in Aston in 2012, with Daimler also owning a 4.9% share. With interest globally, there was debate about whether the company should float its shares in London or New York. 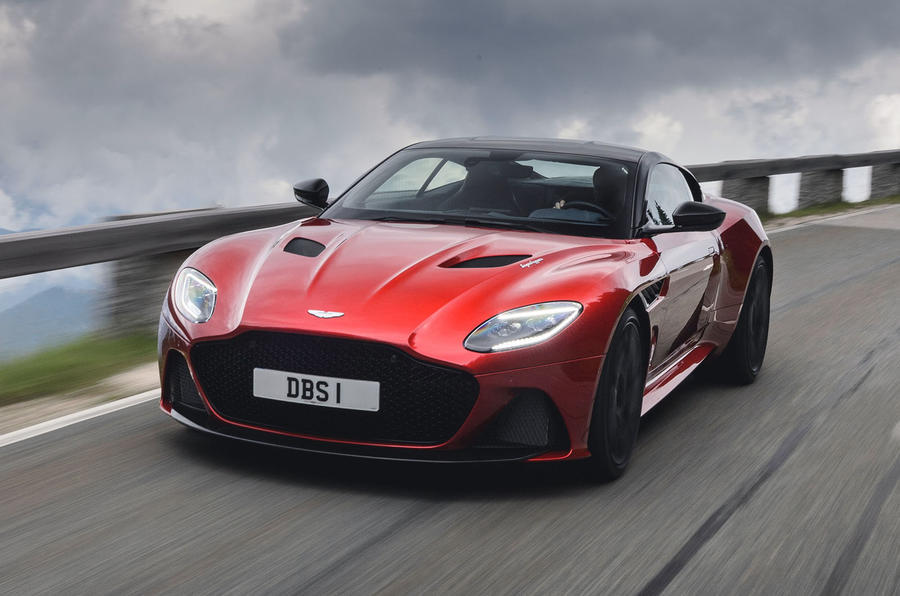 The decision to float Aston has been long been mooted as sales continue to grow, with new products such as the DB11 and Vantage ensuring the company’s financial outlook is strong.

There is more to come, with the Gaydon-based car maker's 'Second Century' plan seeing one new 'core' model launched every year until 2022, such as the DBX SUV and an all-new Lagonda saloon. Each model will have a seven-year life cycle before being replaced.

The most recent financial results show seven consecutive quarters of profitability, with CEO Andy Palmer leading a turnaround that marks an end to a tumultuous period in the brand's 105-year history. Aston spent years losing money, with the threat of bankruptcy recurring several times. Last year, it turned its first profit since 2010. Palmer called the IPO a "key milestone" in Aston's history.

At the time of the IPO, he said: "Today's results show that we have continued to deliver sustainable growth, margins and value for our shareholders whilst launching three new models and variants in the first half of the year."

Rival car maker Ferrari had great success with its stock market flotation in 2015, doubling the company’s value to around £15bn in little less than a year. McLaren has also considered a stock market entry in a bid to further boost investment.

Aston Martin DB4 GT continuation models to be built for £1.5m each

Crazy comments on this story. Aston isn't about cars any more. It is a brand, and the coolest in the market. Stand a Ferrari one side, a Bentley the other, and people will choose the Aston, because the badge is the least embarassing to be seen driving at the traffic lights.

But they'll also happily wear it on a polo shirt, or on the bows of the yacht they buy, that Aston built, or on the nose of the moon rocket (when Aston starts making those). Stock float was great news, I love looking at the cars as they drive past, and I'm now a shareholder in AML.

Not surprised really I think that by comparing Aston to Ferrari they may have shot themselves in the foot.Ferrari are a true Premium product producing thir own engines and having a very significant presence in the very top echolons of motor sport. Aston have been using other makers engines since the introduction of the DB7 with it's Jaguar emgine followed by the Ford based V-12 and now the Mercedes/AMG units currently used. As things stand they have done well to get production levels as high as they have,but the increase in production dilutes the exclusivity of the marque. I'd rather think that if you've an optimistic view the output of 14000 units per annum it's challenging,if you look at it with a more cynical eye you could think it was fantasy,still it'll be interesting to view the company's performance in five years and see what's come to pass

Sooner rather than later, the

Sooner rather than later, the scales will fall from the world's eyes, and SUVs will go back to where they came from. There is nothing magical, or sexy, about a jacked-up estate car, whatever badge it wears.

When that happens, a lot of business models will collapse.

Sooner rather than later, the scales will fall from the world's eyes, and SUVs will go back to where they came from. ..... When that happens, a lot of business models will collapse.

Don't you mean 'IF'. SUV's sell because poeple want them especially one's who've experienced owning one before.