BACK TO ALL NEWS
Currently reading: Analysis: Tesla is making progress but still faces challenges
UP NEXT
Alfa Romeo to show new sports car in early 2023

A year ago, one noted automotive analyst admitted privately that he thought Tesla might have effectively gone bust.

He had good reason: the link between Tesla’s share price and its financial performance had long since been severed. Even in the wake of this week's surprise quarterly profit and subsequent share price rise, overall revenues were below expectations, and well short of last year's figures.

The reason a banker with huge experience would have questioned Tesla’s viability is simply that the stock market valuation was detached from the real value of the business.

This detachment peaked in 2017, a year in which Tesla delivered around 103,000 cars globally. Ford, by comparison, delivered around 6.5 million cars. In June 2017, the market valued Tesla at $64 billion, rather more than Ford and GM.

Even with the Model 3 rolling off the production line, Tesla lost $710m in the first quarter of 2018 and $718m in the second quarter. In the third and fourth quarters, it made profits of $311m and $139m respectively, although some claim this was partly because Tesla sold ‘pollution credits’ to other car makers.

First, there was a 31% drop in Tesla sales between January and March. According to US media, Tesla shifted around 50,900 Model 3s but the aging Model X and Model S netted only 12,100 sales between them. Upshot: a loss of $702m.

The losses were pulled back in April to June of this year, but only to $408m. According to analysts, Tesla also spent $1.5bn from its cash pile and borrowed $500m from Chinese lenders as its new Gigafactory 3 near Shanghai got under way.

The harsh reality was that Tesla’s second quarter profit margin was -19%.

Even so, in September, Tesla is still being valued at well over $40bn. Not bad for a car maker that expects to sell fewer than 400,000 vehicles in 2019 and probably won’t make a full-year profit.

As we head into the latter part of 2019, Tesla is poised to make some big announcements that, it insists, will finally push it into sustainable profits.

This pivots around tapping into the Chinese market, still the world’s biggest for EVs, and launching the Model Y, an SUV based on the Model 3. 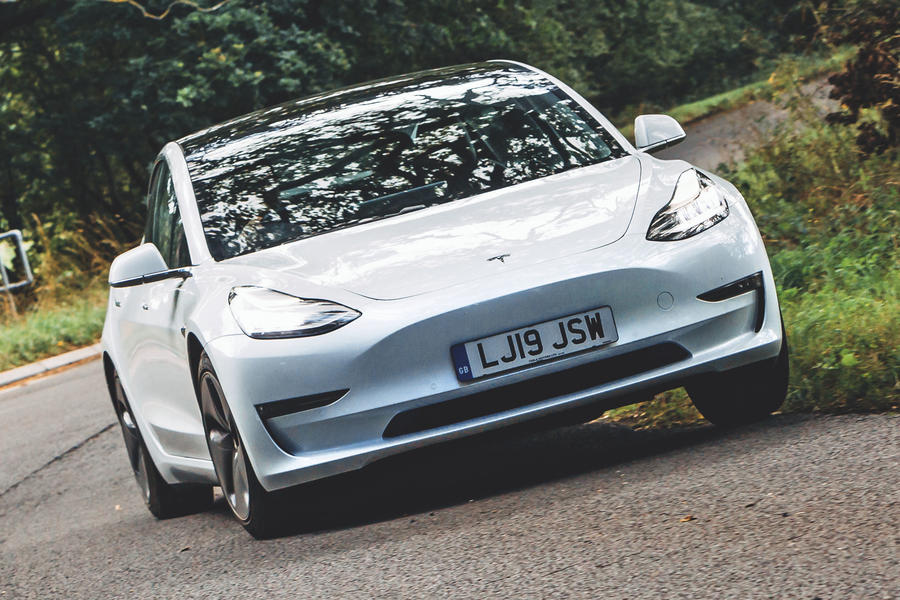 At the end of August, the talent of CEO Elon Musk for picking up excitable publicity from Tesla fans was in full effect when pictures from inside the Gigafactory 3 appeared online. Although the building was clearly complete – impressive when construction had only begun in December 2018 – it was not recognisably a car factory.

Even so, a Model 3 bodyshell was seen front and centre, described as the first “China-built” 3.

A few days later, this car was displayed at the World Artificial Intelligence Conference in Shanghai, as Musk flew in for a public debate with Jack Ma, China’s richest man. In terms of publicising Tesla’s arrival in China, Musk could hardly have done a better job.

However, his tendency to promise unusually rapid progress remains: the claim is that Chinese Model 3 production will begin before the end of this year.

The Model Y is being promised for 2020 and hype about the Tesla ‘truck’ continues to swirl online. But there are big hurdles.

Musk’s purchase of solar panel maker Solar City is in difficulty, with plans for a huge plant in Buffalo, New York stuttering and a lawsuit from retail giant Walmart, which accuses Tesla of “gross negligence” because of alleged solar panel fires.

Musk is also pressing on with the promise of full autonomy in the near future, something the rest of the car industry doesn’t believe is safely achievable.

Tesla has also launched its own insurance scheme in California to try to reduce owner costs.

And although the Model 3 is doing relatively well, sales of the Model S and X are falling as rival EVs from premium car makers, such as Audi’s Audi E-tron, finally go on sale.

Tesla remains the definitive outlier, a car firm that is defying normal financial gravity and seems to be able to raise cash and expectations while losing huge amounts of money.

No one could bet against its survival, even after the giant car makers finally arrive in the EV market, all guns blazing.

Note: this piece was originally published in Autocar magazine before Tesla's Q3 financial results were confirmed.

Very poor timing and also falling prey to what has been termed the stasis falacy.

The stasis falacy is to assume that things will always stay the same (Tesla is small, the cars it produces today are the same ones it will produce tomorrow, electric cars are on ~1% of the market) rather than looking at the fundementals.

Tesla has made a small profit and increased its cash pile, even at burn rates seen in Q1-2 it would take years before it had to re-finance.

The reason why it has such a high valuation is because:

1: By the late 2020's following current trends in growth of electric cars and decreases in battery costs all cars will be electric.

2: Tesla is currently by far the largest electric car manufacturer

4: Tesla has the most knowledge of how to design and build electric vehicles and achieves a high gross margin on the vehicles it sells

5: Tesla has some very strong plays in the field most likely to distrupt the automotive market - autonomy.

6: Tesla has achieved all this while making  small profit this quarter.

The reason Tesla is valued so high is that it is likely to be as large as VW in 10 years (3 doubling periods required), what you are buying a share of is a future much larger company which when it settles down is likely to be very profitable.

For example Tesla is now heading towards 1 million cars, when it starts to reach that sort of opperating base it is likely that third party developers would be able to write apps for the car. This could be another large revenue stream with very high margins and also improve the user experiance in a way that no competing manufacturer can currently offer.

And you all just bit. The article asks an inflammatory question, describes itself as analysis and then gives no answer to the question. It draws traffic to the site from across the world, driving ad revenue at very little value to the advertisers and pisses off regular readers. It's a short sighted  short term revenue model, ironically at odds with that of Tesla. Weak.