BACK TO ALL NEWS
Currently reading: Analysis: Industry eyes mobility jackpot
UP NEXT
Fisker goes radical with Pear EV SUV

There’s no bigger buzzword in the car industry right now than mobility: most of the major manufacturers now refer to themselves as mobility companies, trying to reflect the fact that they want to do more than just sell cars.

Trouble is, few people really understand exactly what ‘mobility’ is. In fact, it’s not really clear if the firms racing to show off how good they are at ‘mobility’ even know what it is. This lack of clarity has made it hard to get people to engage – but that hasn’t stopped the industry becoming fixated by it.

The reasons why are clear: profit margins on cars are being squeezed by new technology that’s set to change the way we own – or rather don’t own – and interact with vehicles, so the business models of car makers must fundamentally change.

According to a 2018 report by analysis firm Accenture, revenues from global new car sales are expected to increase to around £1.7 trillion by 2030 but combined profits will fall from £107 billion to £104bn. By the same date, Accenture estimates ‘mobility as a service’ (MAAS) could generate £1tn revenue – and £188bn profit.

There’s just one big question: how will car firms actually make that vast profit from mobility? The short answer is that they don’t know yet – and that’s because nobody really knows exactly how mobility services will evolve. But they’re in a hurry to figure it out. 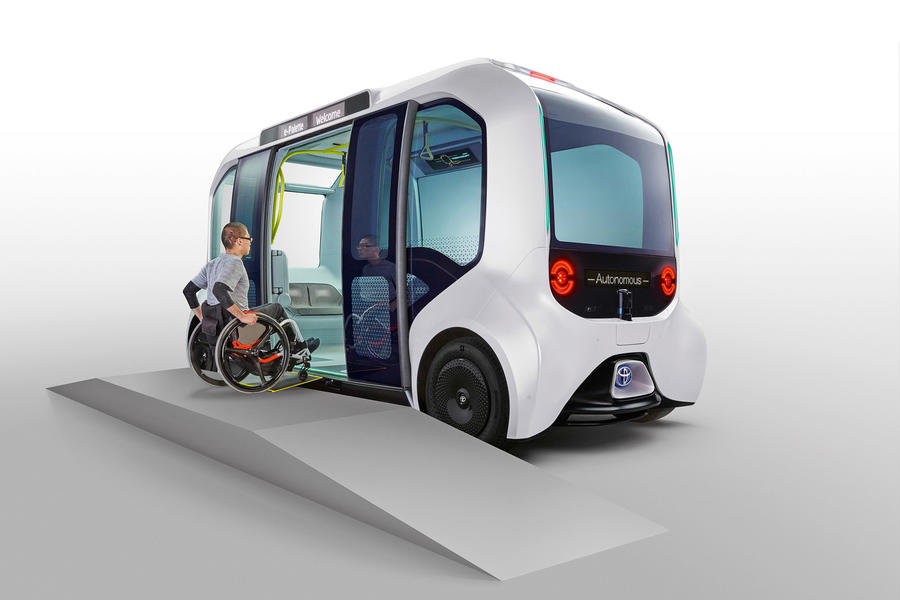 Effectively, mobility services is what happens beyond car ownership as we know it. At the simplest level, that includes subscription services and car-sharing schemes.

While some third-party car-sharing schemes, such as Zipcar, are fairly successful, they haven’t really worked for manufacturers. Daimler and BMW recently canned their joint Share Now project – which was formed from their Drive Now and Car2Go schemes – in North America due to its lack of success. It seems the public are reluctant to pay to gain access to a branded-up hire car found in a side street when they could just own one, hire one or get an Uber. So car firms are looking to the next level of MAAS.

That also goes beyond subscription services – a single payment that covers the hire, insurance and tax for a car – as they currently exist. MAAS really begins with, for example, a subscription service that gives you access to a range of cars at different times.

“People want a more flexible model,” said Lex Kerssemakers, head of the Direct Consumer Business arm at Volvo. This is a stand-alone company created recently with the freedom to act as a start-up and tasked with investigating how MAAS can work in both the medium- and long-term future.

Kerssemakers said the new Care by Volvo subscription service is a “spearhead” that will evolve to include “numerous ownerships or sales models”, and one that requires a structural change. That’s likely to include flexible subscriptions without long-term commitments, allowing customers to swap to different cars for short periods or when their circumstances change.

But even those subscription services are based on the concept that people want to have their own car, and car makers are also looking beyond that. The latest is Toyota’s new Kinto brand, which joins other nascent mobility divisions such as Volkswagen’s Moia and the PSA Group’s Free2Move.

Toyota fleet mobility boss Tom Fux said Kinto will come in “after car subscriptions and flexible owning – when peopleask if they need a car at all.” 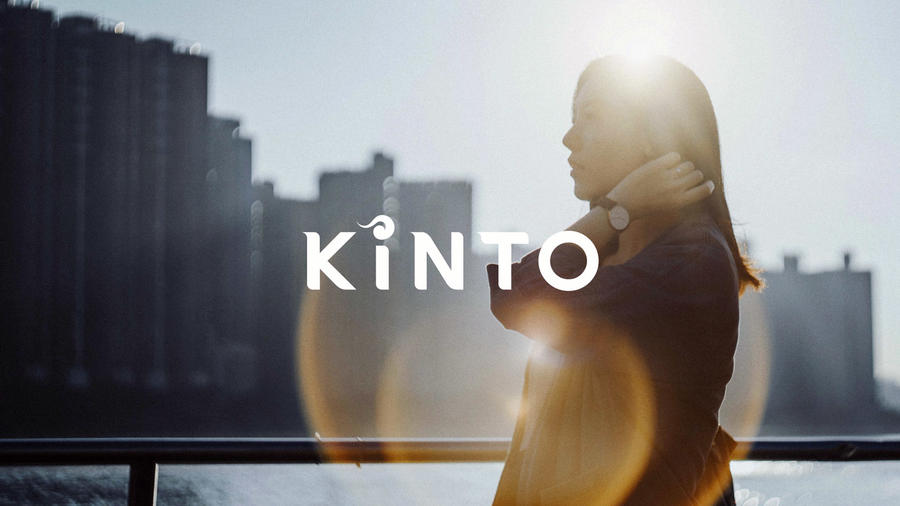 That form of mobility is likely to be focused on cities, where private car ownership is increasingly being discouraged or penalised for environmental, safety and space reasons. What nobody is certain yet is how the public will react. Will they all switch to mass transport? Or ride-hailing apps such as Uber? How about shared multi-purpose autonomous shuttles, such as Toyota’s e-Palette concept and the recently revealed Cruise Origin, which is slated for production just two years from now by a start-up owned by General Motors?

Exactly how these shuttles will work and be used is unclear, too. Toyota will test deploying its creation in the host cities of the next three Olympic Games: Tokyo this year, then Beijing in 2022 and Paris in 2024. It will also use them in the 175-acre autonomous vehicle-only experimental city that it plans to build from scratch in Japan.

The Origin is intended to first be used for a San Francisco ride-sharing service before rolling out elsewhere. Only by conducting such real-world tests will firms find out exactly how future customers will use their services and vehicles.

Kinto isn’t the first mobility sub-brand of a car maker, and Luigi Luca, Toyota’s director of mobility, said that’s by design. He said the firm has learned from others and, like them, is taking a long-term approach, comparing this to the huge ahead-of-its time investment in the Toyota Prius hybrid and Toyota Mirai hydrogen fuel cell cars.

“It’s a marathon, not a sprint, to make it successful and profitable,” said Luca. Except, unlike a marathon, nobody actually knows where the finish line is yet – or even what it looks like. In fact, the whole concept of MAAS is still unclear – in particular how it might work in the more limited infrastructure outside of cities. 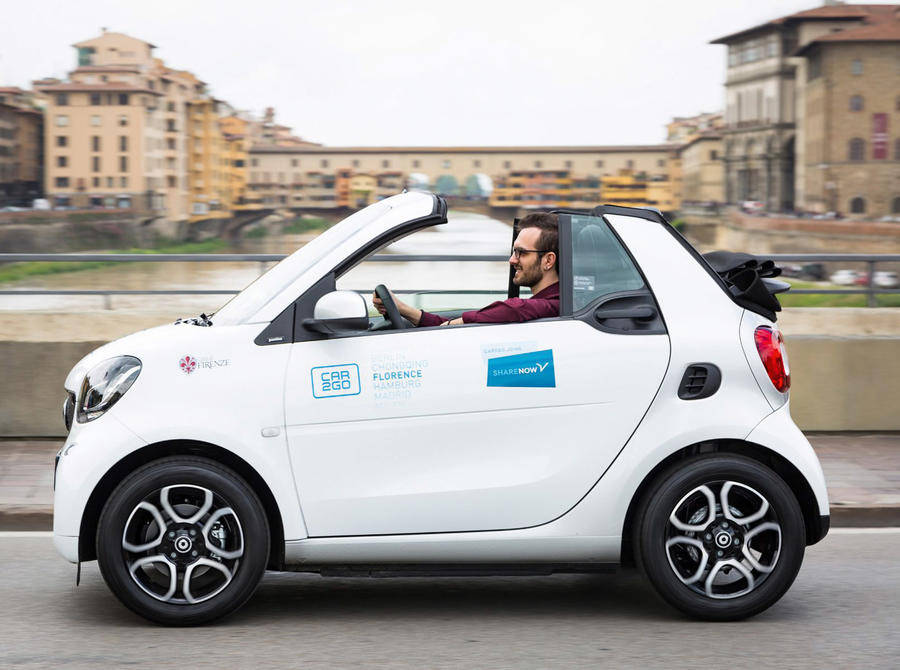 Still, the appeal to car firms is clear: mobility services offer more opportunities to interact with customers, which means more opportunities to sell things to them. Currently, a car maker might interact with a customer every three years, when it’s time to negotiate a new PCP finance deal. But the increasing connectivity of cars will soon create an opportunity to sell apps, products and services through their infotainment systems. Think of how subscriptions and micropayments have changed the whole economies of the music, mobile phone and computer game industries.

Mobility services could take that a step further: car firms would make money every time you hail an autonomous ridesharing vehicle, for example. Except they might not, because it’s yet to be proven that people will do so. In theory, MAAS opens vast new revenue streams to car firms: selling products to people who don’t own a car. Although nobody yet knows how to exploit these streams – or if they really exist.

And it’s not just car companies trying to take a chunk out of that theoretically lucrative market: technology firms and existing app-based ride-hailing services such as Lyft and Uber are as well. That has forced car makers into an approach akin to technology start-ups: they are trying to create and grow mobility businesses right now and will worry about how to make money from them later.

"How about shared multi

"How about shared multi-purpose autonomous shuttles..."

Car makers think they can change the mind set of drivers old and new, convince us we really need this type of vehicle,and, if new technology gives all drivers no option, then we change whether we like it or not, it's the idea of starting to clean up our World so the population of the future, and that to me is important.

I am not sure if this market actually exists Peter....its certainly failing to garner much interest yet.
So far MaaS has been priced in the stratosphere....that wont help its case!
This is after all public transport ( with all the inconvenience and other peoples filth included) dressed up with a fancy acronym!
Frankly it will take more than a few electric boxes on wheels to save the planet'. Human greed and over population will always negate concern for the environment. Ultimately this will be the downfall of the human race.
Peter Cavellini 6 March 2020

I am not sure if this market actually exists Peter....its certainly failing to garner much interest yet.
So far MaaS has been priced in the stratosphere....that wont help its case!
This is after all public transport ( with all the inconvenience and other peoples filth included) dressed up with a fancy acronym!
Frankly it will take more than a few electric boxes on wheels to save the planet'. Human greed and over population will always negate concern for the environment. Ultimately this will be the downfall of the human race.

Your solution would be?, there isn’t one, we can slow it down.

Cool, what of it?

Excellent .. but current car buyers aren't asking for it? ...

Why are autocar writing articles about vehicles that have zero interest to drivers?

The mobility market, as you describe it, appeals to people who don't currently own cars.

A new market, fine. But what of automaker's current customers?