BACK TO ALL OPINION BLOGS
Currently reading: Matt Prior: What makes some old cars better than others?
UP NEXT
Opinion: Mercedes EVs will get you home on the range

A previous-generation Wrangler is still a hoot to hoon, as is an old Lotus Elise
Open gallery
Close

State the price of an expensive new car and it’s a fair bet that somebody will tell you what else you could buy for the same amount.

Yeah, fine, whatever. You know what none of those comes with? Absolutely brand-new components, a long warranty and a manufacturer PCP finance deal. Get over it. You can’t compare new things to old things. They’re not the same. Stop it.

Except? Well, except first when it comes to magazine features, because it’s occasionally a very useful trope. And, second, when I did it last week.

I was talking to a mate who lives in the US about the fact that I’m running a Jeep Wrangler as my daily driver. “If I lived where you do,” I said, looking at the vast expanses of America’s west on his Instagram, “I would buy one. Loads of open spaces to play in, long spells of dry weather.”

He agreed. Nice car. Terrific off road. Brilliant rugged honesty and, in the US, they even feel compact. The trouble is that new Jeeps, by his reckoning, are quite expensive. And that’s true, relatively speaking. I configured one – a three-door Wrangler Rubicon with modest options – to $51,085 (£39,028), which doesn’t sound expensive for a new 4x4 here but is over there.

“Doesn’t matter,” I told him, finding myself using precisely the argument I rail against when some chump on Twitter uses it, “I would buy an old one anyway.”

And the thing is, I would. Yet I wouldn’t make this argument about a BMW 3 Series, or a Toyota Prius, or a Ford Fiesta, or an Audi TT, or any manner of other new cars.

It’s just that with a Jeep, somehow it doesn’t matter so much. Last week, I tooled around a disused quarry in a new Wrangler. Three years ago, I did the same thing in a previous-generation Wrangler, and it was almost as capable and just as much fun. I love the new model, but I would be just as happy in an older one.

I think there are a limited number of cars to which this applies. I wouldn’t make the argument about a new Range Rover but probably would about a Defender or Series Land Rover (all-new Defender excepted). 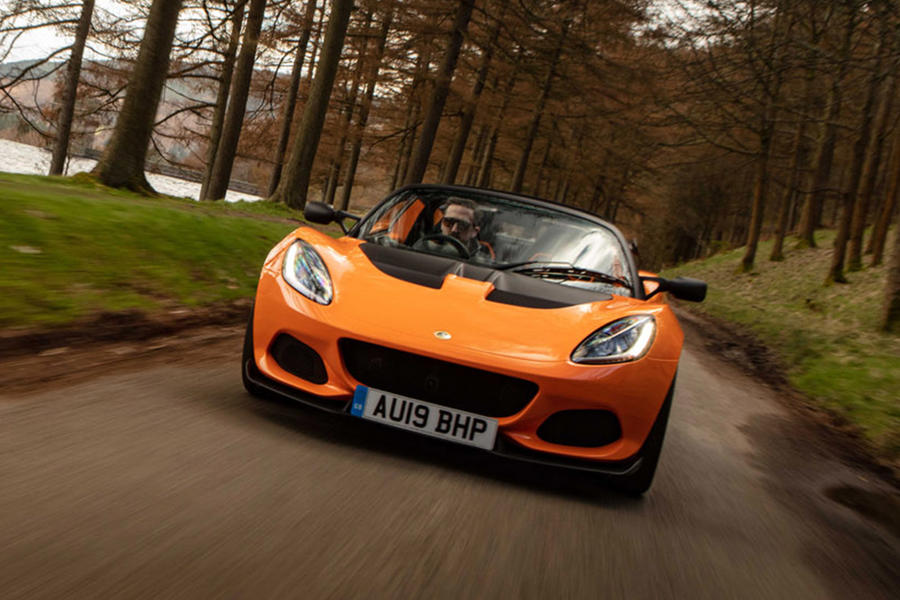 I wouldn’t about a Porsche 911, either, but I absolutely would about a Lotus Elise. A new Elise costs from £44,665. In March, a mate offered me a Cat D repaired Series 1 Elise for £6000. Six grand! It won’t be as good, it’s true. This is pushing the idea to the extreme: it won’t be anything like as tidy, pristine, fast or low-maintenance, but it could be almost as much fun. And a 10-year-old Elise for £20,000 would do a splendid job.

I’m still trying to work out the criteria for why I think this is okay. A vehicle needs a long life cycle and an evolutionary design, so that the new one does things just a bit better than the old one. Ideally it would have a narrow or specialist set of abilities, too. And perhaps a chassis that doesn’t use spot-welds so that, over time, it doesn’t get any floppier.

And if there are no set criteria, well, maybe I’m just a hypocrite.

I agree, but, buy what you like, get some advice on what your looking for, then go looking for one, doesn't matter what others say.

Design aims are what counts not the age of the design

does everything I need it to do, it was designed by people who used to put driving above all else, I doubt if I could even get a car such as the one I have any longer now that the design aims are completley different from what they were. So the original engineering direction determines the vehicles "fun longevity" not the time it was designed in for example my car has older hydraulic steering, Ilike it because I like to feel my stering "kick back" and tell me stuff such as "it's raining and grip may be inconsistant" however what I could do is trade that "feeling" for the vehicle that's able to navigate itself out of a car park with light, numb electric modern steering that the designer has deliberatley dumbed down because it sacres people, the designers of my car I know left some induction roar so the driver had some aural feedback but today that would be seen as uncouth and unrefined etc etc. If it were not for Encap and emissions etc I doubt if I would even buy anything made in the last 15 years because most cars are designed for people who like to feel nothing that it to say people who don't want to hear or feel anything in a vehicle any longer and that's not a fun vehicle no matter when it was made.

Surely any make of old car is good if it's still going strong after 15 - 20 years??? It doesn't have to be a classic or exotic, any old car still performing shouldn't be overlooked. In 15 years time all old ICE cars will be sought after & kept on the roads for as long as possible because not everyone will be driving or even be able to afford an EV!!!!!