BACK TO ALL OPINION BLOGS
Currently reading: Matt Prior: There's no shame in liking the Rover Streetwise
UP NEXT
Opinion: the expectations of 2022's new-look F1

Three weeks ago, we ran a feature on cars that Autocar staffers like but perhaps shouldn’t. The phrase ‘guilty pleasure’ crept into the reasoning. But not for me.

In a motoring context, there’s no such thing as a guilty pleasure. Not unless it involves anything illegal or particularly immoral, and I doubt anyone could argue that liking the Rover Streetwise is either of those. There’s merely the pleasure. No guilt.

Thinking about this reminds me of Hagerty’s annual Festival of the Unexceptional (due to be held last week but cancelled for obvious reasons), a show celebrating cars that were the workhorses of their day.

It features cars such as the Austin Maestro and Nissan Bluebird. This is the kind of metal that’s described as a guilty pleasure for those who like and love them, whereas pouring the same amount of time and effort into, say, a Ferrari 250 SWB, isn’t thought of the same way. Average, common-in-their-day cars are perceived as less worthy of the attention and affection.

I don’t think they are. The proportion of rare and expensive classics that ends up cherished is high. There’s no peril for these cars. The mainstream stuff, which is a living museum for ordinary family life, deserves its place in history too.

So if you like a car, like it. And don’t think you ought to feel bad about it. Yes, even the Streetwise. 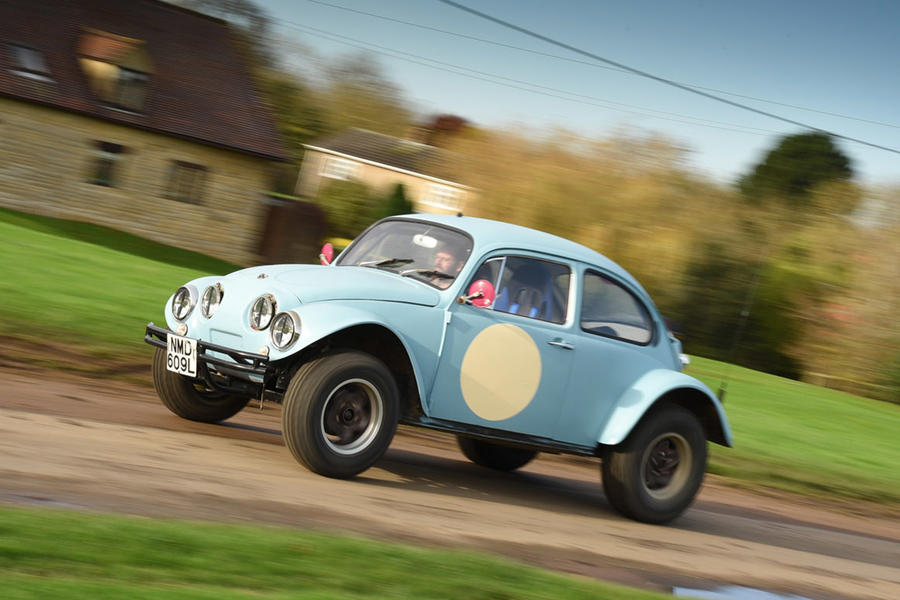 ■ My guiltless pleasure is a ‘Baja’ 1970s Volkswagen Beetle, which has hit problems: a failure to run under load at higher revs. No, they don’t all do that, sir. At least not this badly.

It started after it had been sitting for quite a while. As with all things combustion, there are a few things it could be related to: air, fuel or spark. I think I know, but I’m hoping it isn’t that. So I started with the hopefuls.

It’s definitely getting enough air. I replaced the spark plugs and HT leads and checked the distributor, points gap and coil. I’ve replaced the old fuel lines, too (modern fuel wasn’t treating them too kindly), so I’m pretty confident that everything is fine right up to the carburettors.

Nice carbs, these: twin Dellortos. And I suspect that petrol hasn’t been kind to them, either, while the car has been sitting in a garage that’s not as dry as it could be.

Petrol today contains ethanol – up to 5% (E5) and soon up to 10% (E10). Ethanol is a solvent, hence the fuel line risk, and hygroscopic, meaning it absorbs water from the atmosphere. And that in turn can corrode metals – not just iron and steel but copper, tin, brass, zinc, whatever. (Zinc is used to galvanise steel because it corrodes first, protecting the steel it contacts).

I suspect there’s corrosion in the carbs, limiting the fuel flow, meaning I’ll need to remove them to clean it out. That’s usually not a big deal but, because the way the modified body sits over them, I don’t think I can unbolt them without removing the engine. It’s like replacing a radiator in an old central heating system; silt or pressure changes put the whole thing out of whack and, before you know it, you’re thousands of pounds deep into a boiler change.

So maybe I’ll check the valve clearances first, just to make sure it’s not those. Heck, at least I’ll be learning something – and not feeling guilty about it.

Matt Prior: Why lane-keeping assist systems need a rethink

How I fell in love with cars: Matt Prior

Thre Streetwise was a great

Thre Streetwise was a great little car and on the bigger alloys it was a hoot to drive. It had the feel of a rally-car.

I did the Festival of the Unexceptional a few years ago when it was at Stowe and loved it and I'm one of those anoraks who are really into that kind of car.  It's a 'minority sport' part of the publishing world which was covered by Modern Classics in its early days before Keith Adams moved on from being its Editor (after which it could have rebranded 'Aging Boy Racers' such was its shift in focus) - Bauer has just informed subscribers to Modern Classics that it has now printed its last edition.  Nice that Matt Prior recognises the validity of us anoraks - perhaps AutoCropley can devote a regular column or section of the magazine to this iinterest area now that Modern Classics is no more.

I too noticed the change in

I too noticed the change in direction of modern classics, and whilst I've never been to the festival of the unexceptional, I would certainly like to, as I also like older ordinary cars not necessarily in a sporting spec.
FastRenaultFan 14 August 2020

The Renault Megane Classic was a good car that deserves attenti

It was a good handling smooth riding, spacious car for it's time that was well put together too. Unfortunatly there is not that many of them left around anymore. I think they could be a future classic.
View all comments (12)