BACK TO ALL OPINION BLOGS
Currently reading: Matt Prior: Why low-slung off-roaders get short shrift in the UK
UP NEXT
Opinion: Vandoorne back on form as Formula E hit Monaco

You need space to get the most out of cars like Ariel's Nomad R, and unfortunately, the UK is short on it
Open gallery
Close

Turns out the Ariel Nomad R is good fun. Who would have thought it? It was interesting to be reminded, while I was there, that the Nomad (which, forget the Ford Puma, is still the world’s only great compact crossover) is generally its owner’s fifth car.

The Autocar Awards 2020: Atom, its on-road sibling, might be car number three. Which makes sense, I guess: people do more road driving and track days than they do off-roading in the UK, just owing to sheer accessibility of roads and the allure of going fast in circles.

In Britain, off-roading tends to be a slower-paced affair, because our public off-road spaces also usually contain walkers, cyclists and horses, while private off-road leisure spaces are mostly disused quarries and pits: the extreme stuff, generally run in four-wheel drive and low ratio, with differentials locked and wellies on.

The Nomad, and I imagine even the R, retains decent rough-track credentials but is a different kind of off-roader. If we were American, we would call it a sandrail. Cars that resemble it are more prevalent in the US, understandably, because there’s more room and hardly anyone to be found in vast tracts of it, so you can put your foot down a bit.

That’s what you need in the UK, too – and if you have access to that kind of habitat, you probably own a bit of land and therefore have the space and resources for five cars. Making the Nomad one of them.

All perfectly understandable. It’s a shame, though, that the Nomad doesn’t sit as high as the Atom on the list, because it makes a great road car, too. As a third or even second car, it would deliver an awful lot of laughs.

■ Anecdotes aren’t great for getting a handle on a situation, but I’ve heard enough tales from people who have gone car shopping post-lockdown to know the experience is still mixed.

These are still tough times for dealers, of course. Up to 30% of sales staff are still furloughed and one in five dealerships remains shut. 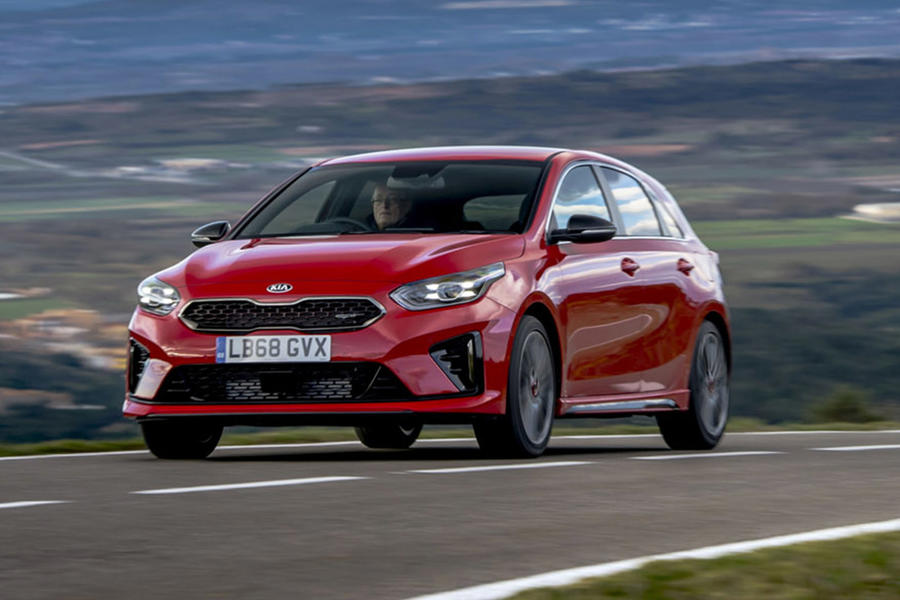 But a family friend writes to ask my advice about cars. She knows very little about them but needs a new one. She’s tempted by a Volkswagen Golf (petrol, manual, about a year old) and would really like to have a go in one to make sure she’s comfortable with it. Trouble is, her local dealer won’t let her, because it deems her not quite ‘serious’ enough a buyer – as if a full-time-working single mother of two teenage kids who doesn’t really like cars would go looking at used cars if she had no intention of buying one.

What else is there? She doesn’t want a crossover, so clearly she knows more than she thinks. We discuss the Ford Focus and the Toyota Corolla – my recommendation if what someone wants above all else is a car that won’t go wrong. She doesn’t know much about the Kia Ceed or Hyundai i30, but there’s a Kia dealer not far away.

So she calls them and they quickly sort her out with a test drive. She likes the car but they don’t have quite the spec she wants. “Not a problem,” they say: “Leave it with us and we’ll find you one.” They’ve now done just that.

You can’t draw many conclusions from this. That Volkswagen dealer’s staff could have been having a torrid time. But one thing is true: how you sell things is just as important as what you’re selling.

UK too sensible (and too wet)

You need a lot of disposable income to spend on a vehicle that may well leave you paralyzed in an accident judging by it's close proximity to the ground and your head and limbs to the scaffolding exoskeleton. I think the UK public are a bit too pragmatic to entertain such silly and impractical things except renting it at a dedicated circuit for an hour or so like go-karting.

You should interview the dealers for Autocar. It's clearly discrimination. If as suggested it's a main VW dealer they need a shakeup and few things could give them such a big kick up the rear...

Because I hate the buying exprience. I maintain the 13 year old car myself and will keep it until it needs weighing in. My own car is a company car and every 4 years I pick it through a lease company website.