BACK TO ALL NEWS
Currently reading: Matt Prior: Mobility as a Service? You mean glorified car hire
UP NEXT
PSA Group opens flagship Citroen, DS and Peugeot site in London

Manufacturers are jockeying to invest in mobility initiatives, but are these really so different from what we already have?
Share
Open gallery
Close
Share story

Have you come across the concept of Mobility as a Service, or Maas? At some point you will, and if you work for a car company, it could be that the idea of it is already giving you sleepless nights.

The idea is this: some people don’t like the idea of owning a car but still need to go places. Pretty straightforward. The Inbetweeners had a name for them. But new communications technology is making those two ideas ever more compatible, because it means people won’t have to go and wait for a bus or call a taxi in future. They will have other options: to hop on a nearby electric scooter or Boris bike, or swipe to see if a cab (maybe a shared one) is passing, and they will use those to get to work/home/a station/wherever.

Depending on where they live, the first or last mile of their journey could even be in an autonomous pod. But whatever, what they won’t be doing is getting into their own personal car.

And that last part, if you run a car maker, is the worry. As we reported earlier this year, analysis suggests that global profit from car sales will fall marginally to around £104 billion over the next decade, while Maas could generate £188bn of annual profits over the same period. Run a manufacturer that doesn’t make any money at the best of times and you can see where this leaves you.

Hence car companies are pretty interested in Maas, or securing their part in it. Ford has a programme called City:One, involving it in everything from ride-sharing software companies to electric scooters. Two years ago, it bought Michigan Central Station, a grand but derelict old railway terminus, for renovation and conversion into somewhere “mobility innovators and disruptors from around the world come to develop, test and launch new products and services that solve urban transportation challenges”. Basically, it’s a way of trying to work out what Ford’s place in the world will be when people in Southwark or Oxford no longer buy a Fiesta. 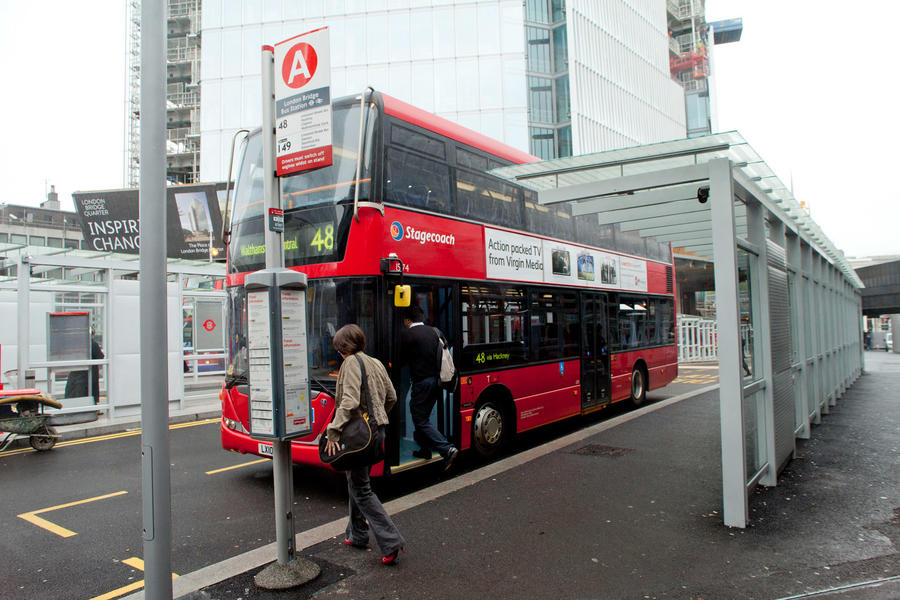 Car companies’ place in that world is moot. Volvo, which presents itself as one of the more progressive and caring car companies, is quite into the idea of you running around in a Volvo without owning a Volvo. The more it has looked at things, though, it has also come around to the idea that it’s no good you wanting to use a car just for going out for the evening, nor collecting one off some street. There’s no profit in somebody using a Volvo for a few hours and there needs to be a hub for these shared cars, because they will need to be cleaned and prepared, because people are awful and badly maintained cars are more dangerous than wonky-wheeled shopping trolleys.

And those bald infrastructure facts can’t be changed. You can fit fixed gears to hired bicycles, give them tyres that won’t go flat and make sure their brakes are tamper-proof, but even hired city bicycles get looked over now and again, and it’s not the end of the world if they go wrong or get nicked. Cars are expensive, dangerous and have an interior in which people can leave dog faeces.

So while the predicted decline in car ownership is certainly a pickle, finding a place for cars in the world of Maas isn’t straightforward. At least, finding an innovative new place isn’t. The truth is a place exists already, and it’s called car hire.

The author misunderstands the

The author misunderstands the purpose of Maas then. Car hire is a short term prospect, Maas is a long term relationship. There is a whiff of snobbery in the article particularly regarding bus 'w*****so as the writer views them.

The iron rule of retail is convenience. On line clothing isn't a universal success because its more convenient to try clothes on rather than buy, try and return. Electronics sell by the lorry load because its more convenient. Once it becomes more convenient for drivers to use Maas it will become the default. The writer makes the common mistake of thinking that people own their cars (i suspect he thinks people with mortgages own their homes - they don't,  the bank does). The writer also make the mistake of thinking that England is the defining car market. The definition of mobility will decided in the USA, China, India and other countries with huge populations and growing Middle Classes.

My car costing me £360 a month has spent the last 6 months not moving. I didn't mind the cost when it was doing 18000 miles a year but if my WFH pattern is permanent (and it looks like it) the car wont be replaced and I could very well be looking at alternative ways to access transport when needed.

That's fair, but I don't

21 August 2020
That's fair, but I don't think there was snobbery in the article, just a bit of light humour. As he says though, people are horrible, I work for a public transport company and the mess people leave behind is horrendous, people have no respect for anything, look at the mess left on beaches recently, so I can see and agree with the trepidation the author has of Maas, cars will need constant maintenance and cleaning. For it to work, I personally don't see cars, I see these horrible little pod things that are easily hosed out, well cleaned down. And I own all 3 of my pretty much worthless cars. Most of the people I know and work with own their cars, some are new PCPs, most are unsecured bank loans or savings spent on used cars.

People have no respect and few want to sit in someone elses crap.

No one has mentioned the Covid elephant in the room either. How is the car cleaned between users, which is rather a more serious issue than being revolted by other peoples  bodily fluids etc.

If the Covid virus morphs, keeping one step ahead of the race to develop vacines this could go on for a long while...pretty much rendering Maas dead in the water. Witness the empty trains at the moment.

Using Jon 1972's analogy re clothing - few would be happy to wear clothes someone else had been wearing  shortly before!

I dont hold with others view that Maas replacing static 'owned' cars will save emissions either....static cars sitting in your drive are costing you money (the price of convenience and a known state of cleanliness), but they are most certainly not emitting anything when not in use.

Final comment. Maas may work for urbanites, but it definitely wont work for countryside dwellers still a large contingent of the UK population, and clearly growing - as people start to re-assess their work/living arrangements post Covid. Arguably those who live in the countryside are a richer vein of revenue for car manufacturers anyway, owning 2-3 cars per household.

Some truth about car subscription crap or whatever name you wish to use to make it sound more attractive.  It's car rental and it will never replace car ownership no matter what so called professional analysts say.

It's not car rental though

Obviously some of us will always want to own a car, but many don't, especially the ones who don't read car mags. The concept of Maas, or Taas (Transport As A Service), could grow through technology improvements and pure economics alone.  If someone can dial up a driverless taxi on their phone, any time they want, at a cost of £100 per month, then most people would do it just to save time and money.

With million mile batteries and drivetrains, which look increasingly likely soon, autonomous EVs will easily be able to cope with this kind of continuous use.  (The typical 150,000 mile life of ICE cars possibly couldn't.)The result could be a massive change in our environment - far fewer cars parked on the street all day, as most people will only use a car when they need to travel.  Also lower air pollution and C02 emissions and a massive drop in oil consumption. There will still be plenty of enthusiasts with hobby cars in their garages for weekends and there will be more room on the roads for them to drive. It could be a win-win for gearheads.

Like most critics the author doesn't get big picture thinking.

I'll spell it out:

1: A car is expensive

3: It would be massively cheaper to the order of thousands of pounds per citizen to share cars

4: The ubiquity of communications, sensors and computational power means that we finally have to tools to make car sharing possible

The 4 points above is what make this near inevitable and also mean massive rewards for the companies which crack the problem.

But yeah MAAS is just car hire, Youtube is just a webpage with embedded videos, Instagram is just some photos on a server, Uber is just an minicab firm.

Like most critics the author doesn't get big picture thinking.

I'll spell it out:

1: A car is expensive

3: It would be massively cheaper to the order of thousands of pounds per citizen to share cars

4: The ubiquity of communications, sensors and computational power means that we finally have to tools to make car sharing possible

The 4 points above is what make this near inevitable and also mean massive rewards for the companies which crack the problem.

But yeah MAAS is just car hire, Youtube is just a webpage with embedded videos, Instagram is just some photos on a server, Uber is just an minicab firm.

1. secondhand cars are cheaper and subscription charges are crazy high

4. Just because it's now possible doesn't make it  a good idea

5. Basically you can talk it up as much as you like but it is not catching on, Volvo tried and has virtually given up

21 August 2020
Very much enjoyed reading this. Mobility is just a marketing key word used by automakers. It's a very short sighted idea that is only further hampered by current events. 5 years from now we will have moved on to some other buzz word idea