BACK TO ALL OPINION BLOGS
Currently reading: The Ineos Grenadier has to beat pick-ups, not Land Rover Defender
UP NEXT
Matt Prior: the Huracan Sterrato is an exciting proposition

The Ineos Grenadier has to beat pick-ups, not Land Rover Defender

Popularity of trucks, which are built to tight margins, could make or break new off-roader for customers
Open gallery
Close

It’s tempting to make comparisons with the original Land Rover Defender when it comes to the Ineos Grenadier.

The Defender was clearly the - how to put it? – inspiration for this new car, to the extent that Land Rover took Ineos to court over the shape of it. But ultimately, neither company is the one that the other has to worry most about.

First impressions of the Grenadier are positive, but what else is in the same market as this apparently exceptionally rugged newcomer?

The new Defender? In terms of off-road prowess and towing capability, the two will compete. But I’m not convinced that they’re natural rivals. The Jeep Wrangler retains a separate chassis and solid axles like the Grenadier, but it strikes me as more of a leisure vehicle, a fun 4x4 wagon – even the roof comes off. The Mercedes-Benz G-Class, meanwhile, is cor-blimey expensive next to how much we think the Grenadier will cost.

The Ineos isn’t meant to be like those cars. ‘A workhorse that won’t let you down’ and ‘a proper piece of kit’ are just two of Ineos’s straplines. So if you’re looking for vehicles that are meant to have seriously durable underpinnings and that are ready to be put to work in lousy conditions, as the Grenadier is claimed to be, you will look to double-cab pick-up trucks. 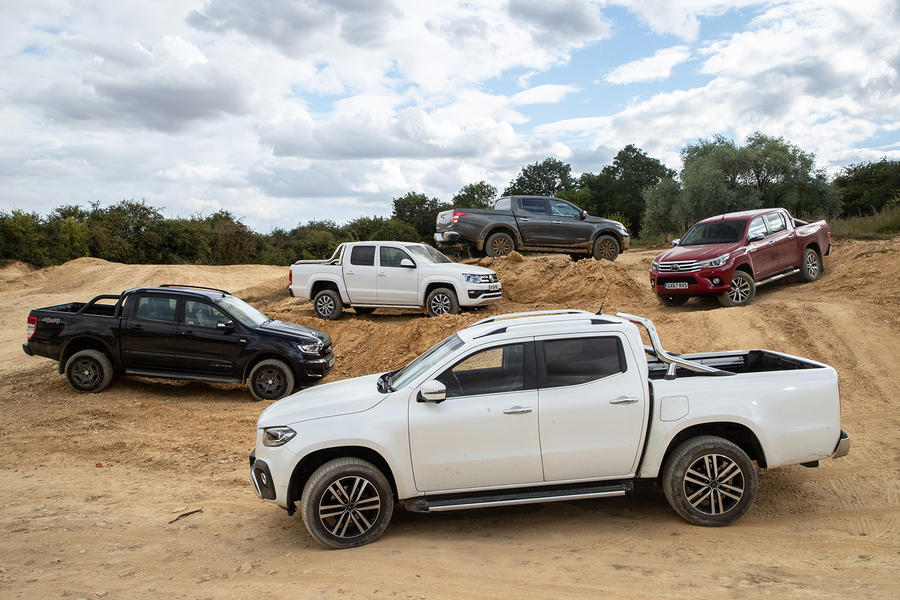 And here’s where you will find the reason why Land Rover stepped away from that market in the first place. There are big companies making millions of brilliant trucks on very tight margins; they can be bought anywhere, last a lifetime and can be fixed anywhere.

Worldwide, there are a myriad number of them that can go anywhere, tow brilliantly, carry a tonne in the back and then, crucially, take their drivers home in comfort at the end of the day. And they're backed by the most durable names in the business: Ford, Toyota, Volkswagen and more.

Ineos only wants a small piece of the pie. But it has the thickest, hardest crust to break through.

Ineos Grenadier: meet the designer of the controversial off-roader

The pick-up truck market seems ripe for disruption.  We’ve already got the fascinating 3-way emergence in the US of full sized EV trucks – the Ford E-F150, the Rivian R1T and the Tesla Cybertruck.  Soon this will trickle-down to smaller pick-ups in Europe where we’ll see rapid electrification.  Inevitably, this will mean that niche, retro vehicles like the Grenadier and the Defender will become sub-set obscurities, only purchased by enthusiasts, much like classic cars or steam traction engines.

Trying to be all the best bits of other of roaders?, doesn't matter really, it looks well built,and probably does as good a job as the Landies of old.