The entry-point of the revised, restyled 7 Series, and BMW’s renewed effort to make its executive flagship deliver on a luxury brief in ways the outgoing car couldn’t quite achieve.

The 730Ld slots in beneath the six-cylinder 740i and the V8-powered 750Li we recently sampled on the continent, with a 3.0-litre diesel powerplant sitting behind that enlarged, unmissable kidney grille.

BMW’s new-found styling boldness has certainly divided opinion here in the West - but keeps China, which accounts for more than 40% of global 7 Series sales, happy. And seeing how every other manufacturer also wants to keep China happy, they’ll eventually follow suit. At which point the 7 Series fits right in, and we all stop complaining.

Driven here in long-wheelbase form, which BMW expects to make up to 40% of UK sales, the 730d is rear-driven and rides on standard-fit adaptive air suspension, but eschews the optional Integral Active Steering and active anti-roll bars found in the Executive Drive Pro pack that had such an impact on driving dynamics during our initial encounter back in April.

It’s the presence of the rear seat comfort pack on the options list that indicates where BMW has made the greatest improvements, with a much-improved interior that can now genuinely claim to be among the class best. 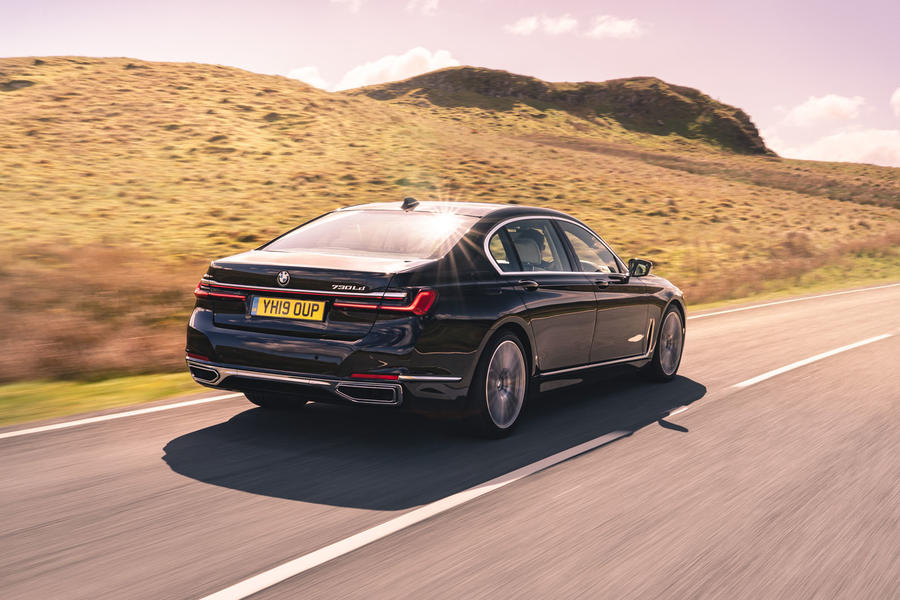 An opulent, leather-clad business class lounge on four wheels, with impressions largely dictated by which set of doors you choose to enter by.

Drivers will feel at home with the more luxurious take on the familiar BMW dashboard, which has the same slick all-digital instrument cluster as the new 3 Series, X5 and range-topping 8 Series. It isn’t quite as easily customisable as Audi’s MMI, and the angular dials take some getting used to, but the excellent iDrive controller is still a welcome alternative to a touchscreen. Less welcome is BMW’s subscription model to access Apple CarPlay, which is only free for the first year of ownership.

Both standard and long-wheelbase models are 23mm longer than the outgoing cars, with our test car providing an expansive amount of rear space. Passengers are enveloped by reclining heated seats that offer up a spa day’s worth of massage options, while being flanked by individual infotainment screens that give complete control over navigation and music.

The use of ambient lighting is more subtle here than the nightclub-esque vibe found in an S-Class, and, until a microphone can measure exact decibels, it can only be said that BMW appears to have sufficiently caught up with Mercedes in terms of cabin noise isolation.

Thicker glass and extra soundproofing in the rear wheel arches makes for refined cruising, with the smooth 261bhp diesel engine dropping to little more than a mild hum unless coaxed into action with the paddle shifters. Though there’s little point, as peak torque is delivered by 2500rpm and peak power approaches soon after. It pulls well, considering the not insubstantial mass it is tasked with propelling, although not with the ease of the more potent petrol and hybrid versions.

The air suspension dispatches potholes and abrasions, even with the 20in run-flat wheels optioned, though perhaps not with the deftness of some rivals. BMW continues to walk the tightrope between interior isolation and driver engagement, with this entry-level model settling more towards the former than it might, had the progressive steering and active anti-roll bars been fitted. And while steering is accurate, it is unnaturally light and needs a lot of working for slow-speed manoeuvres.

This entry-level model doesn’t further sharpen what was already one of the most dynamic cars in its class, but nor does it blunt it enough to give first place honours to any of the competition. 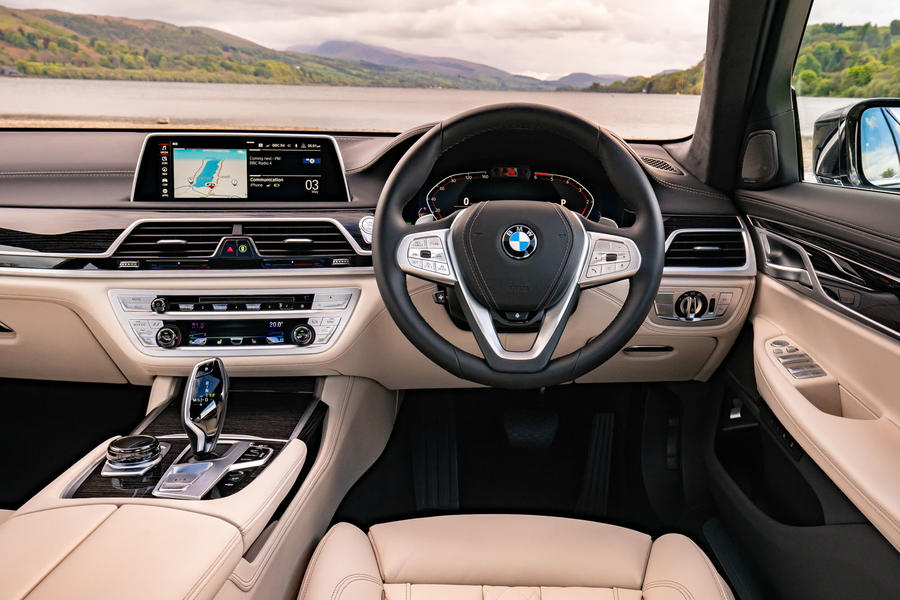 BMW’s six-cylinder diesel seems to largely suit the manner in which the 7 Series will spend much of its driven life, though it is those in the rear that will most appreciate its more relaxed attitude and refined power delivery.

At a cruise, this is a near two-tonne car that comfortably and effortlessly dispatches miles, yet can still engage its driver when required in a way that neither of its closest rivals can quite manage - if not quite as succinctly as when optioned with BMW's more advanced chassis tweaks.

Though the Mercedes-Benz S-Class may still deliver a greater overall sense of occasion, the 7 Series has so successfully narrowed the gap that choosing between them will largely fall down to which seat you plan on using most. 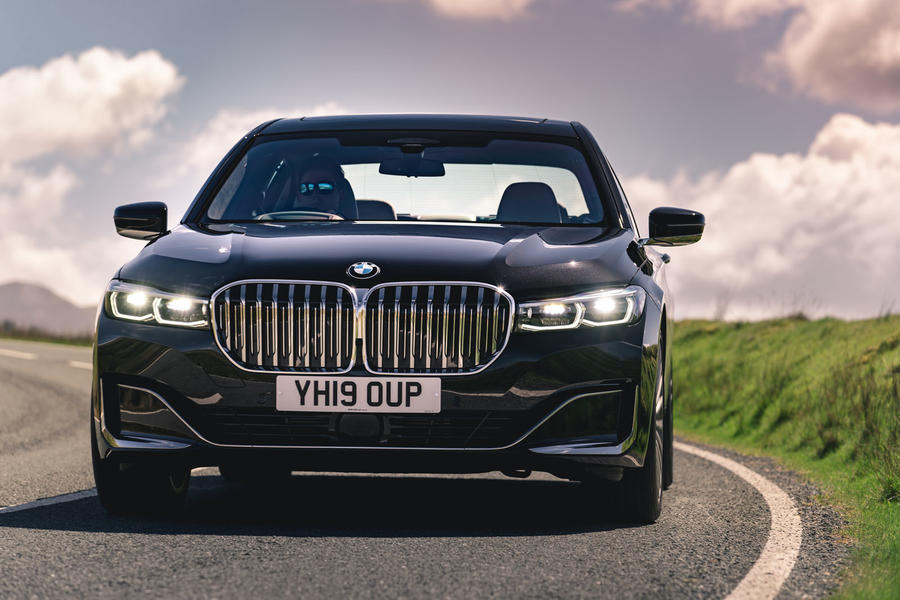 Can’t wait to laugh at it

As a vocal critic of current

As a vocal critic of current car design in general I don't find this facelifted 7 series ugly. In fact, despite the much enlarged grille the car retains its restrained presence (rather in the manner of the Rolls Royce Phantom)

Aesthetically I place this 7 series far above the incredibly fussily styled Ford Focus (especially awful in estate form). The Ford is like someone who talks non-stop but have absolutely nothing to say.

What a mother of a big ugly grille!!!! (sorry, new found styling boldness). Just to keep the Chineese happy BMW have styled an incredibly ugly looking car. In the past BMW's used to be briliantly pleasantly designed sporting saloons. Not anymore! This won't go down as one of it's classics, will it?? It's almost as if BMW, Audi & Mercedes are adding the most rediculious grilles to their cars as a swan song to when they all get replaced by really good looking EV's. In 20 years time we will look back at these dinosaurs with much amusement. (Or maybe that's the real plan......make 'em really ugly so that they don't sell & then bring on the new world order........beautiful EV's)