BACK TO ALL NEWS
Currently reading: Buy them before we do: second-hand picks for 7 November
UP NEXT
Cupra boss fighting to bring 302bhp Tavascan EV to production

Buy them before we do: second-hand picks for 7 November

We know what you’re thinking: fine in a straight line but show it some curves… In fact, the portly 1965kg SRT sits 13mm lower than standard 300Cs and is kept in check by special Bilstein dampers and uprated antiroll bars. The wheels are 20in forged aluminium. And the handling is pleasingly tidy. If it gets out of shape, Brembo brakes are standing by to bail you out. Then there’s the exhaust note, which invites you to turn around and do the whole thing again.

Inside are comfortable sports seats and a premium sound system. Don’t expect the premium ambience of a BMW M5 (the gearshifter looks straight out of a Daewoo Nexia) but it’s all fairly robust and well anchored. We found a 2007/56-reg with 142,000 miles. Don’t wince. Where 300Cs come from, 142,000 miles is average. In any case, under the SRT’s Hulk-like steel body (surprisingly, rust is not yet an issue) are quality Mercedes mechanicals. 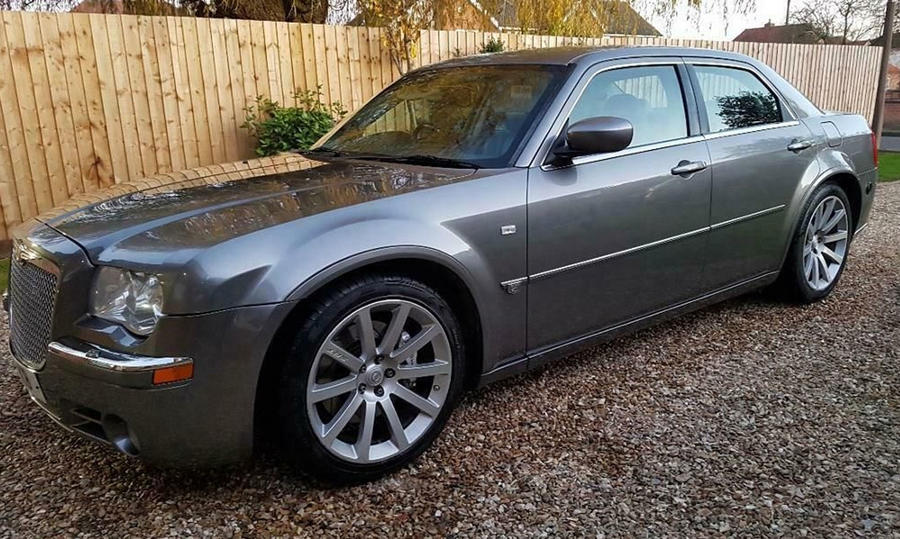 On the test drive, we’d have our ears cocked for low-speed rumbles from the torque converter and for rear diff noises. Over speed bumps, we’d listen out for moans and groans from the front suspension. (The lower front arm bushes are good for only 40,000 miles.)

The wiring system can give trouble. Under the bonnet, we’d check the harness hasn’t been burned by the air-con pipes. We’d also eyeball the two fuse boxes, one in the engine bay and the other the dash. And because it’s an MOT fail, we’d check the tyrepressure monitoring system works. 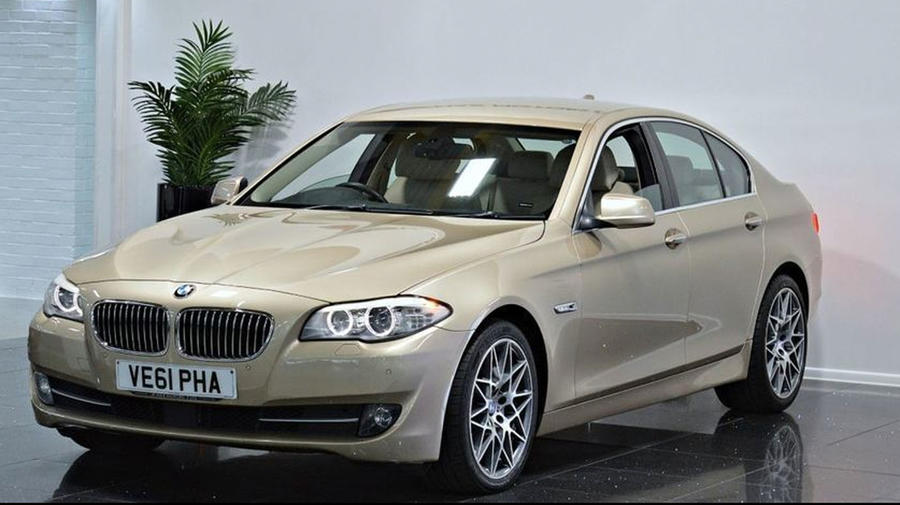 Some cars, like this 535d, are just begging to be bought. The 2012 model has done 84,000 miles and has one owner and full BMW service history. It’s finished in gold, which is a shame, but it also has upgraded comfort seats and M Sport alloys. 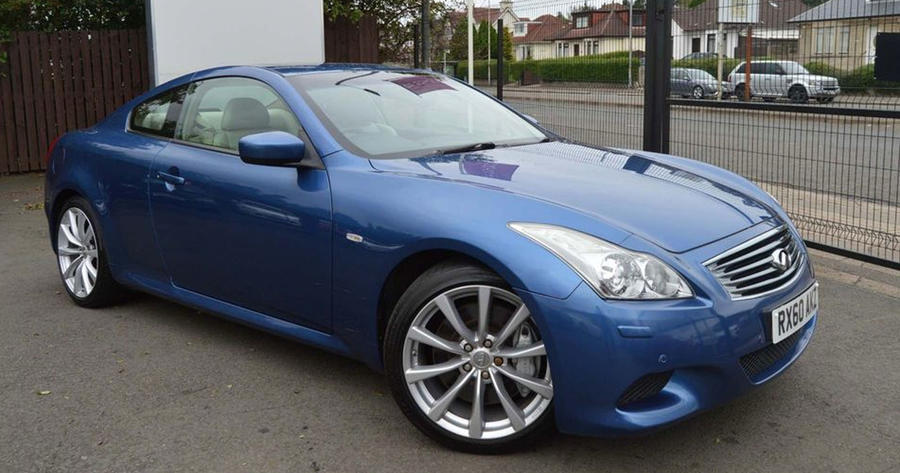 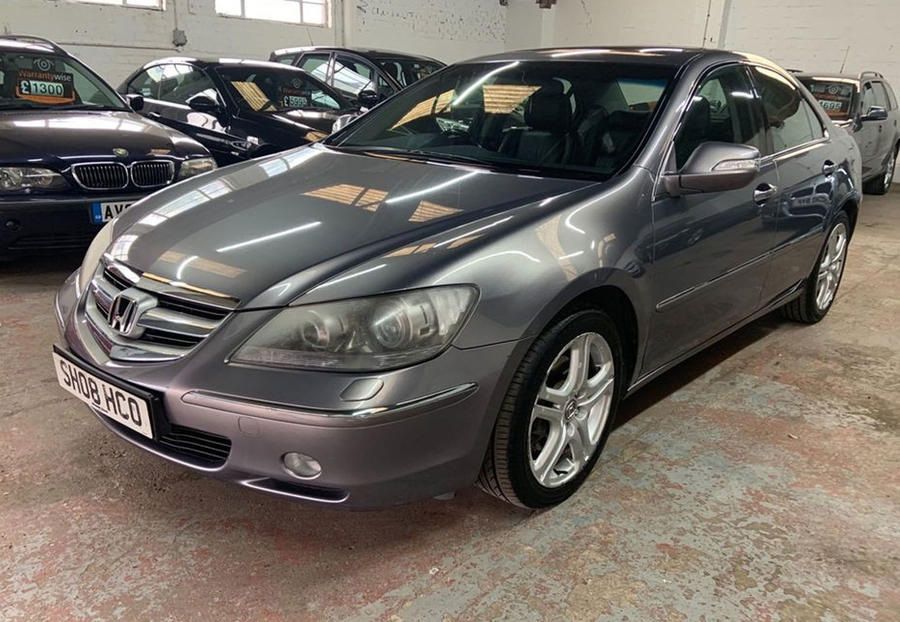 Never a legend in the new car market, the big Honda is a legend in the used one for being such great value. This 2008-reg example has done 108,000 miles but has full Honda history. The interior is classy and restrained and looks to be in perfect order. 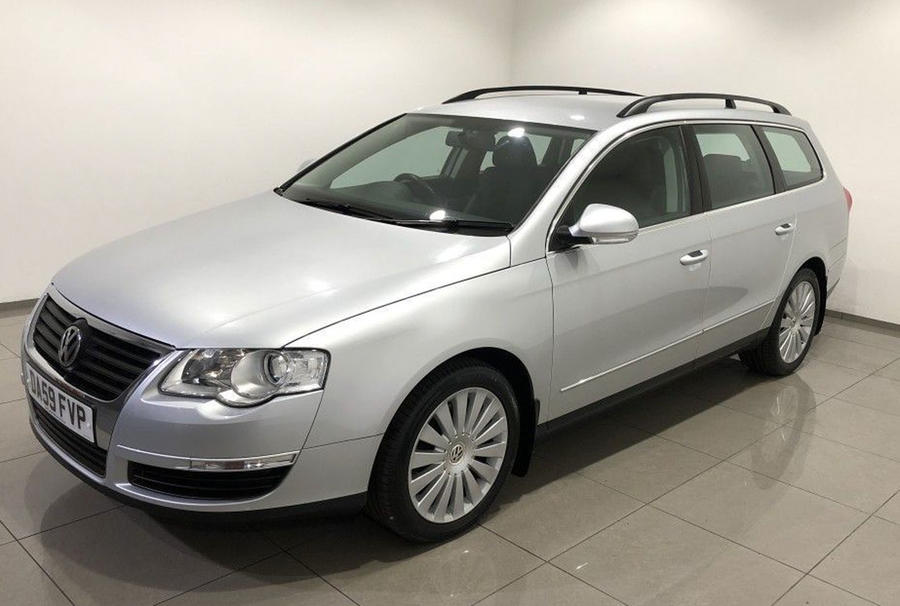 The Passat 2.0 TDI is the more sensible buy, but the 158bhp 1.8 TSI is a good substitute. This one’s a 2009-reg with 90,000 miles, one owner and full Volkswagen service history. Highline has heated leather seats and climate control. 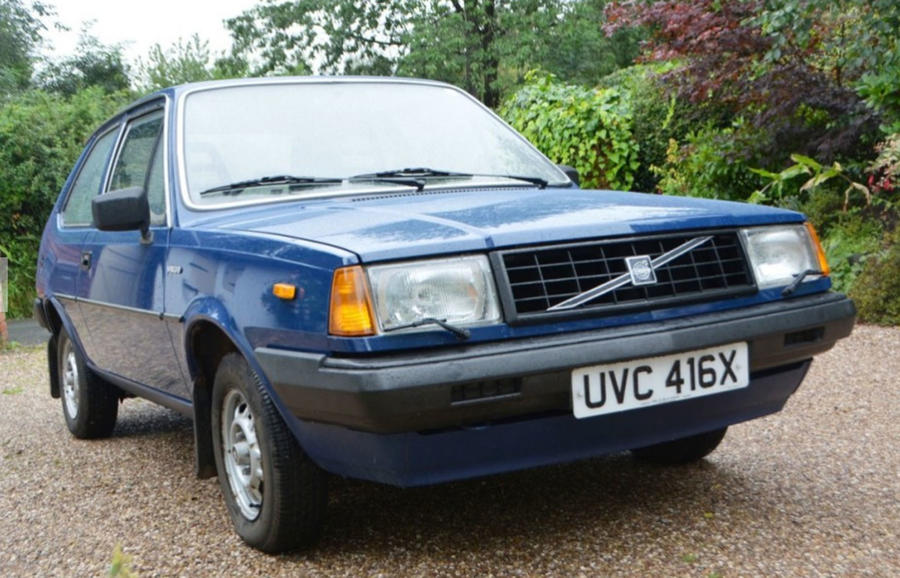 Volvo 343 DL: Those with long enough memories will recall placing Volvo’s 300-series of hatchbacks and saloons in the ‘dull but worthy’ box. However, those who drove the cars will also recall their lively but balanced driving manners thanks to a rear-drive set-up with transaxle. The cable linkage for the four-speed gearchange was a bit stretchy but otherwise there was little to criticise, the model being extremely tough and well built. 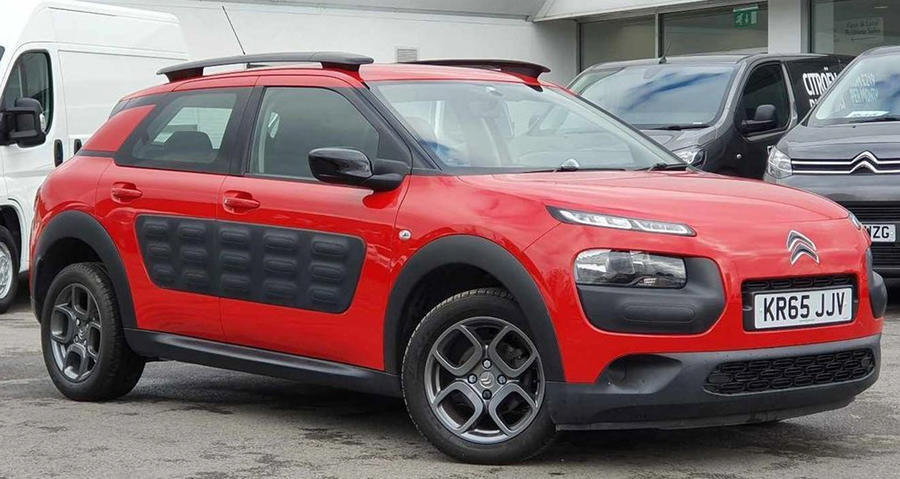 Citroën C4 Cactus, £5500: Citroën fans had had little to get excited about, but that all changed when the C4 Cactus came out in 2014. Novel Airbump protectors, sporty crossover looks, door straps… They were the sort of touches the market had been hoping for from Citroën, but it took the quirky Cactus to deliver them. Today, it’s a fairly disposable thing, with prices for tired ones on the floor, but find a decent example like our featured 2015/65-reg 1.2 PureTech Feel with 44,000 miles for £5500 and it could be sought after once the survivors have thinned out. 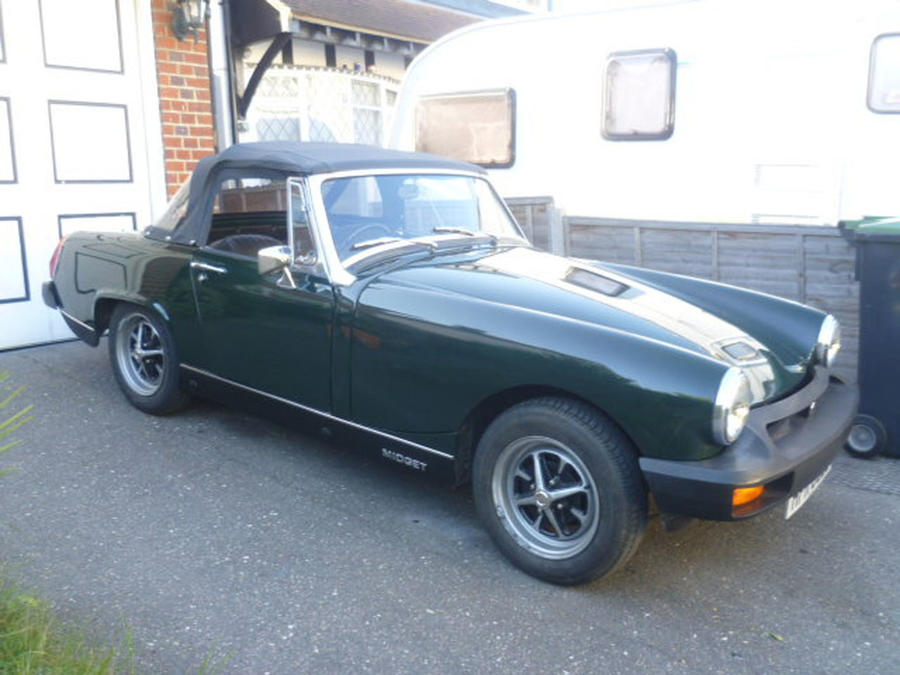 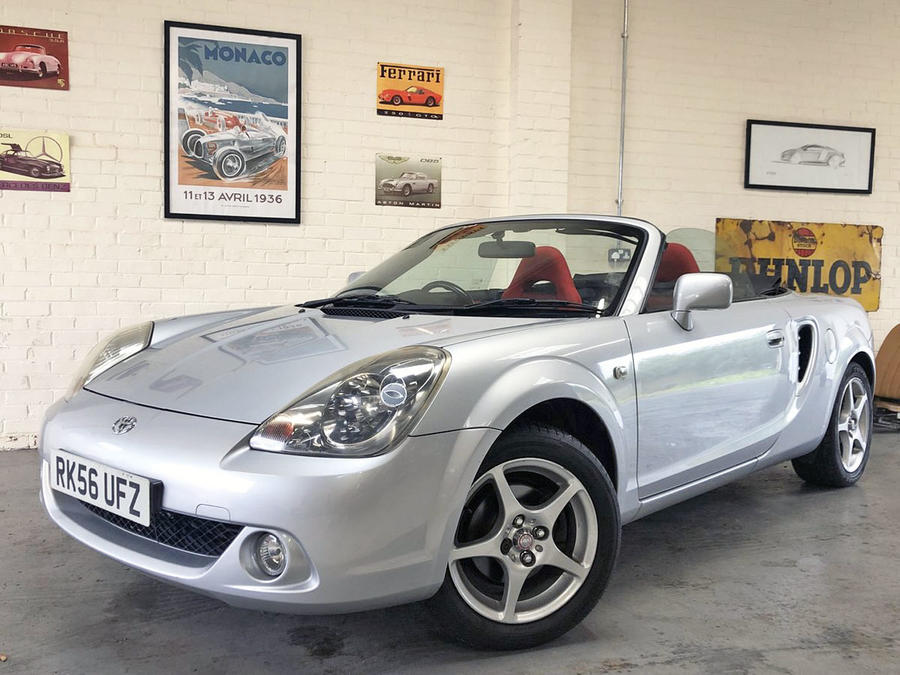 Mark Pearson: A first car needs to be something delicate and well balanced, so that the enthusiastic driver can pick up some useful driving skills. This agile-handling MR2 is a delight, zesty in engine and stiff in structure and, above all, tremendous fun. My 2006 car’s in great condition, too, with a year’s MOT. And it’s under £2k – half the price of your dodgy old MG.

Max Adams: I’ll have you know that my 1978 MG Midget is the recherché choice for the first-time driver. For a start, classic car insurance will make it affordable to run. It’s also lightweight and won’t sup much petrol, and those rubber bumpers are perfect for touch-parking.

MP: But I don’t think your MG will teach the new driver anything, other than how to wait at the side of the road for a breakdown truck, or how to recover your car from a ditch after it has slid off the road.

MA: You’d have to be a monumental clot to crash a car with only 65bhp. No, with a decent set of modern tyres, the predictable handling of a front-engined MG Midget will be better than your spikier mid-engined MR2.

MP: I think those hideous bumpers alone will put a new driver off for life.

Verdict: The MR2 it is. Now to find someone to insure it…

The hideous black bumpers on the Midget surely mark the nadir of British car styling.

Looks a bargin, what's wrong with it?

I'd love the mg but would

8 November 2019
I'd love the mg but would probably get the MR2, but not as a new driver, the insurance would be crippling.
Always loved the 300 series Volvo, they may not be a fondly remembered as something with a VW/Audi badge but they were sturdy and reliable and great fun to drive, you only have to read contemporary reviews to realise how good they were, I had 3, a 1.4, a 1.7 and a 2.0, all were great.

If it looks too good to be true, it usually is. And I'm sure that applies to the MR2 which, if correctly described seems to be about 50% underpriced. Maybe the writer is making the fundamental error of assuming that 12 months MOT =great condition?

Either way, I'm sure that the Toyota would be uninsurable as a first car for most drivers. Perhaps the MG would fare better - if only because most insurance companied would assume that it would spend most of its time off the road.