BACK TO ALL NEWS
Currently reading: The best 10 used luxury cars for 2022
UP NEXT
Supercars to e-bikes: the story of Romans International

Feeling brave? Show up your neighbours with these cut-price range-toppers
Open gallery
Close

It’s always amusing to see just ‘how much car’ you can nab on the used market for a fraction of the cost of a new alternative.

A boggo 22-plate Dacia Sandero asks more than a leggy first-gen Bentley Continental GT we found, for example. Throw caution to the wind with one of these sumptuous second-handers. 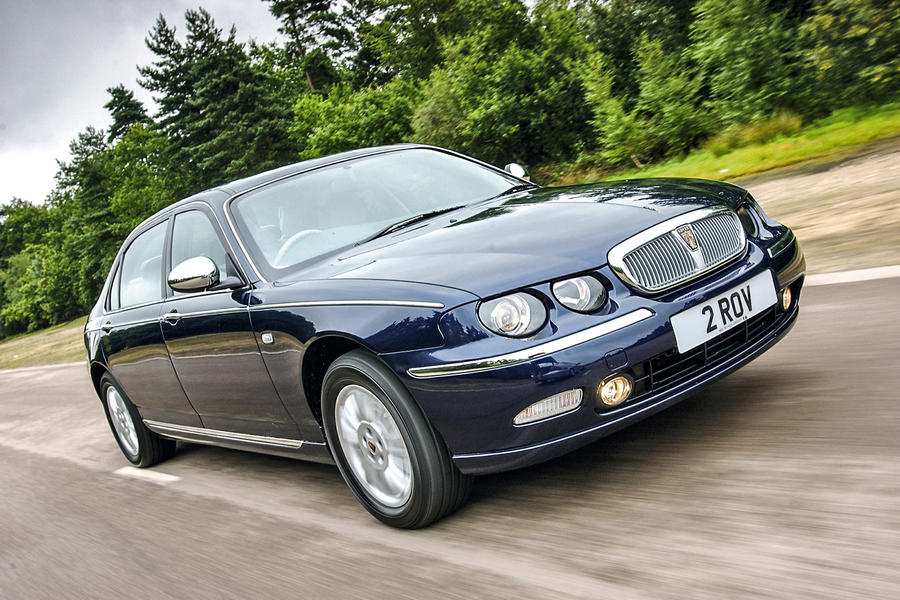 £1200-£12,000: Probably a genuine classic now, especially as the 75 arrived just as its time was gone, making it feel more ’80s than late ’90s. A very effective evocation of the classic British luxury car, but stymied by being launched into an era defined by the arrival of Germany’s tech-first, Bauhaus-influenced cars. It’s silly cheap today, even for examples that have been cared for by enthusiasts. Weak points (including the complex V6 cambelt change) are well understood by a small network of specialists. The styling is ageing very gracefully and the ride quality remains fantastic. Buy a pre-facelift V6 car that has been cared for and enjoy the 75’s unique take on luxury over apex-clipping. 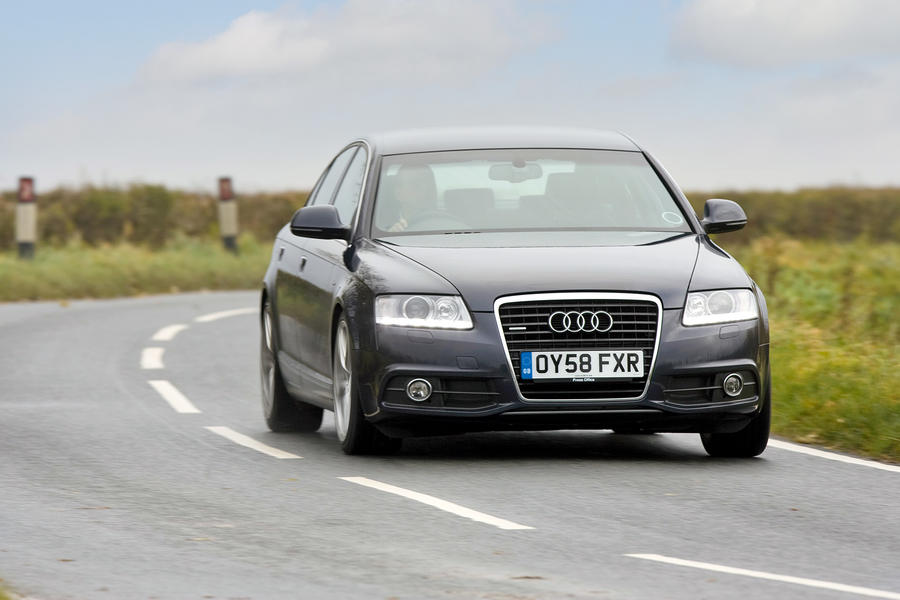 £1200-£14,000: It’s arguable that trad German exec cars are much more mile-munching business machines than true luxury transport, but an A6 Quattro will cover long distances and leave its driver unflustered. This A6 has a smooth V6 diesel with huge punch. The cabin is vast. As ever, you need to find one that has been meticulously serviced. Avoid S Line (suspension unsuited to UK roads) and front-drive A6s (Multitronic CVT, which is becoming hard to repair). 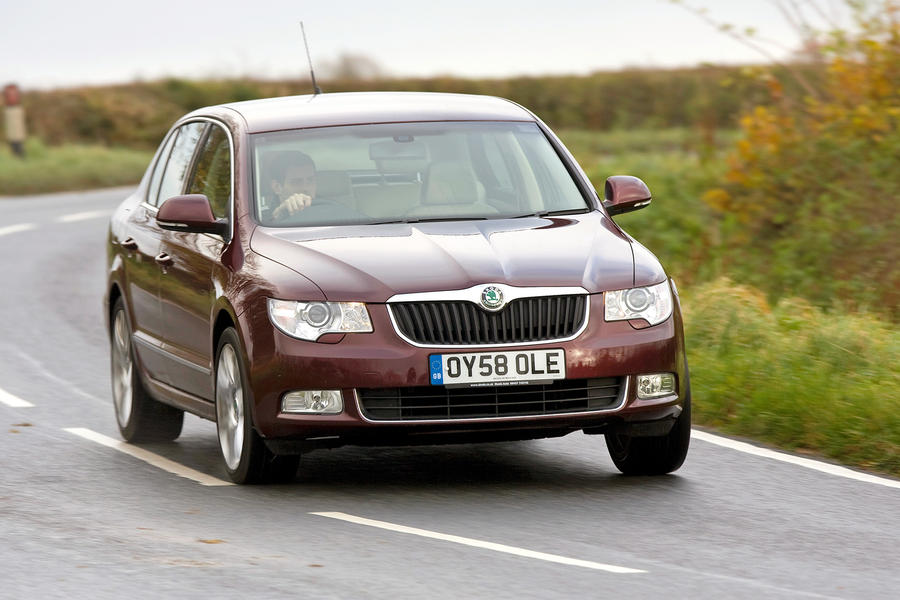 £1600-£15,000: A car that can delivery luxury travel with main street running costs. Saloon shaped, with the option of a boot opening or full hatch access, the Mk2 Superb was based on a long-wheelbase VW Group platform and was of notably higher quality than its period Octavia sibling. It’s quiet, calm and huge inside. Choose the smooth and punchy 1.8 turbo petrol over the diesel. Just two hurdles: check the 1.8 has had oil changes once a year from birth or it may burn oil (look for sooty exhaust pipes), and you’d want to see a DSG gearbox service as well. 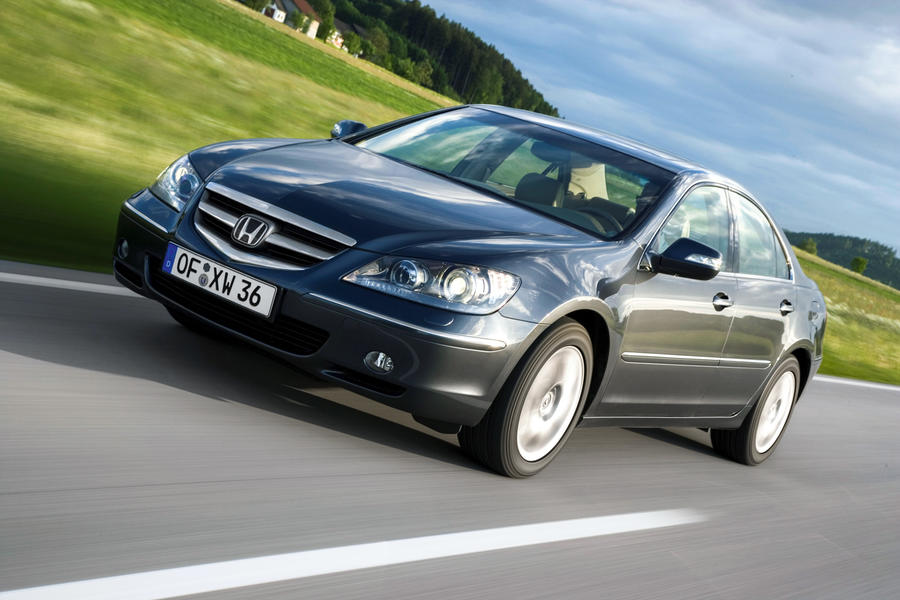 £3000-9000: I know a motoring hack who ran one and he says it was among his favourite cars ever. Rather than repeat the past Legend formula of a big, plush car with a peaky V6, Honda lent towards brisk handling. The petrol V6 has 295bhp and 265lb ft, which is delivered to the road via a sophisticated four-wheel drive system. The ride isn’t sublime but owners report terrific reliability and rave about these as a driving machine. Plush, thirsty, rare and very cheap. 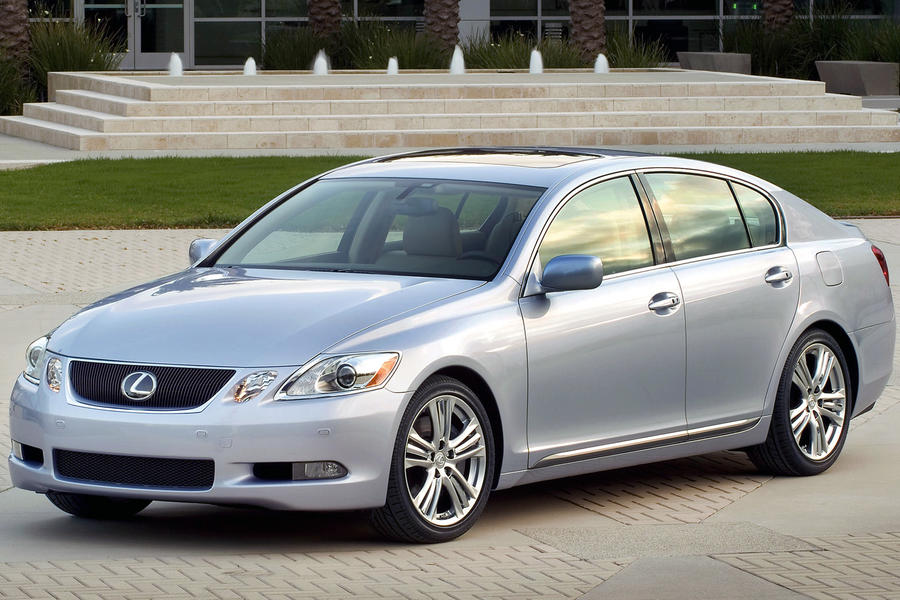 £5500-£13,500: A used Lexus is almost always a no-brainer. There’s probably no other brand of cars that stays in the dealer servicing network as long. Twelve- and 14-stamp Lexus service histories are not uncommon. And the faith in the reliability of this brand is reflected by the dealer network, which can be seen retailing Lexus models even 16 years old. Okay, so the GS has a small boot (blame the battery pack for the hybrid system) but it remains beautifully engineered inside and out. Enjoy the plushness. 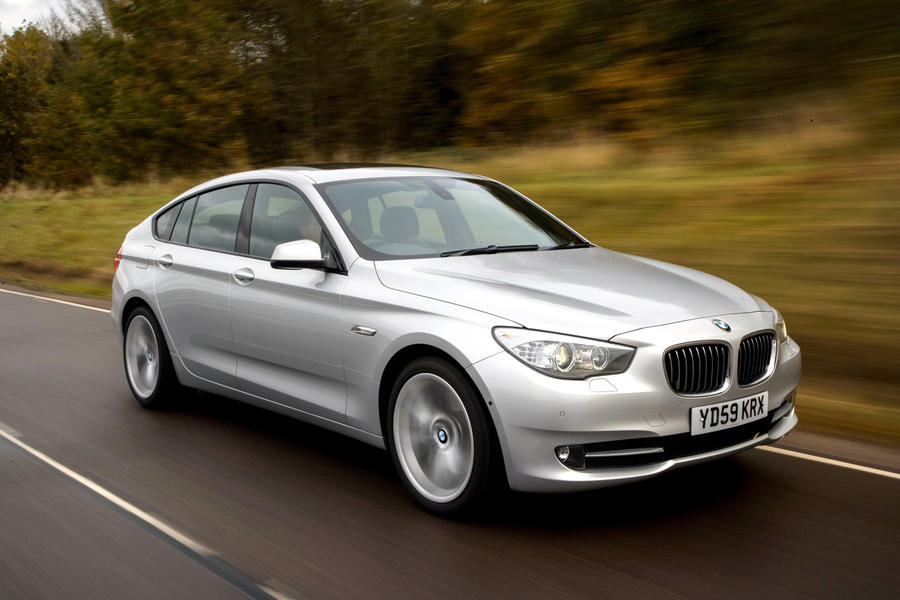 £6500-£22,000: An oddball, but I will make a case for this, having driven one from Lisbon in Portugal to Fez in Morocco and back. Regardless of the hatch-cumsaloon rear end, what made this car so amazingly comfortable and relaxing over distance was the raised driving position and superb front seats. Rear passengers also get raised ‘cinema’ seating, a much underrated feature. It’s not the full SUV but has most of the advantages in terms of comfort. The six-pot diesel is a gem, and these are tough machines generally. 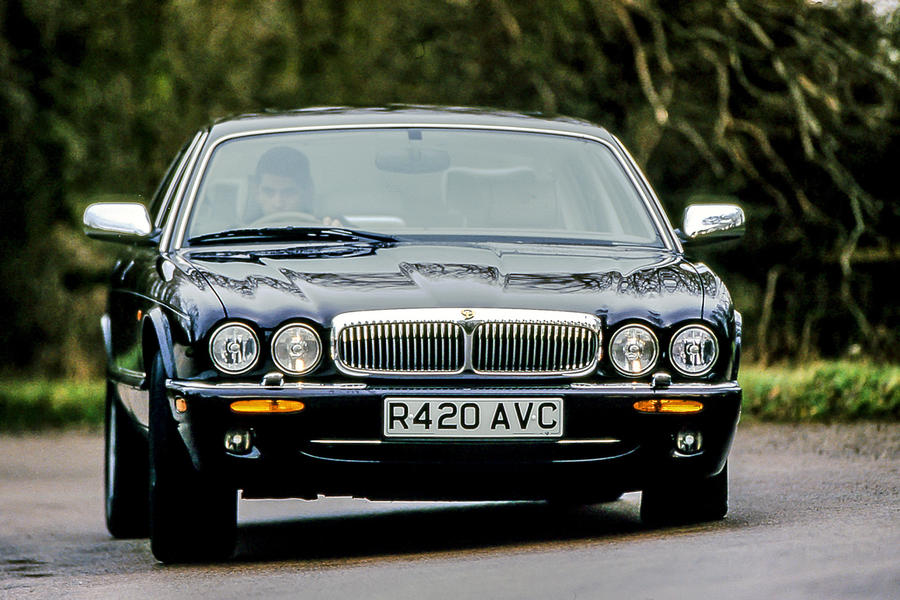 £8500-£15,000: True old-school Brit, which delivers another unique driving experience. The narrow glasshouse, higher floor and low roof are satisfyingly of another time, before luxury cars were packaged by numbers. Have no doubt that the Double Six is a true luxury experience. The V12 is like nothing since and the Jaguar dynamic balance allows a beautiful mix of flying carpet ride and surprisingly deft handling. Usefully backed up by a knowledgeable network of Jaguar specialists. 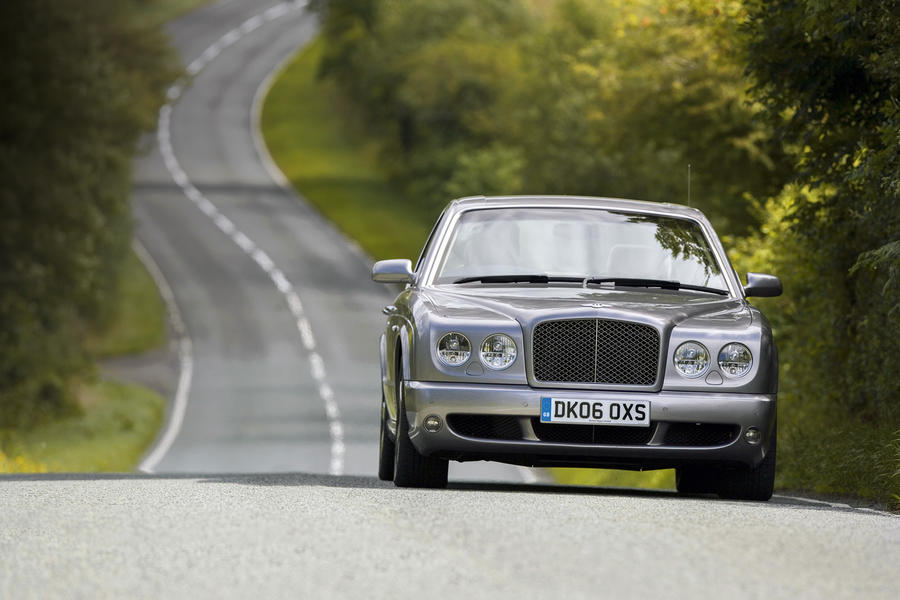 £12,500 to £53,000: From a classic British luxury brand taken under the German wing (initially by Volkswagen, then BMW), the Arnage has one foot in an old-school British drawing office. It was updated and improved throughout its production run, so the later cars are probably better, especially in terms of day-to-day reliability. Its pre-Germanic roots mean that you get a properly upright dashboard, high driving position and pre-modernist styling. Because these cars were individually specified and there were many special factory editions, choose the right one and you’ll get plenty of trad walnut, quilted leather and ‘engine turned’ trim. The best way to buy is from a specialist (they often offer their own warranties) and stick with them for maintenance. It won’t be cheap to run and fuel, but you’ll get genuine get-away-from-it-all luxury. 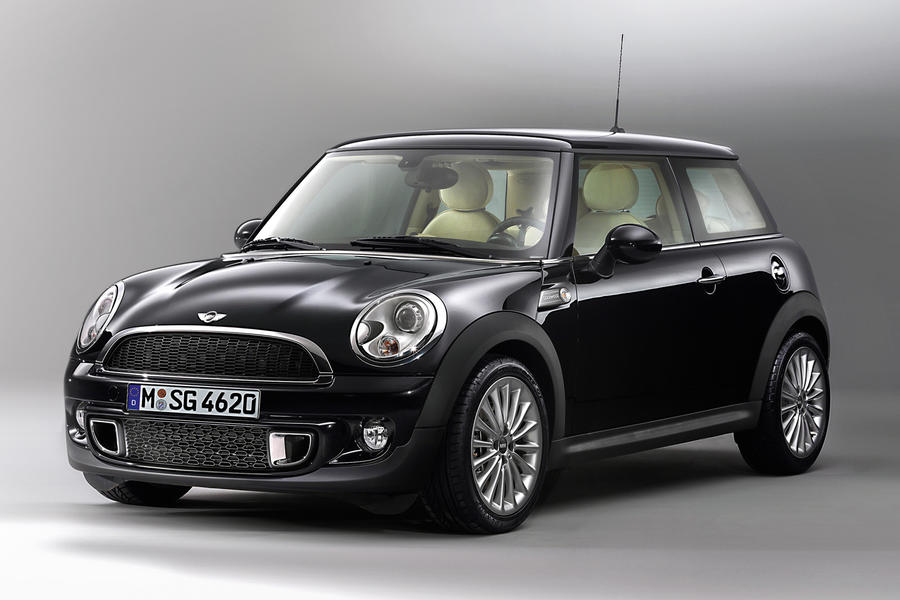 £15,000-£30,000: Another take on luxury, this time Rolls-Royce-level fittings squeezed inside a tiny city car. Only 1000 of these £41,000 cars (when new) were produced and just 250 in right-hand drive. This car was inspired by the early 1960s bespoke coachbuilt Minis (famously by Radford but there were others) commissioned by stars such as the Beatles and Peter Sellers. While everyone loved the classless design and handling of original Minis, they were also very sparse and noisy machines. That wasn’t the case with the donor Mini here, but the Goodwood took things up a good many notches by being trimmed in Rolls-grade leather and other rich interior materials. Prices are currently rocketing upwards. A genuine rarity that would be worth hanging on to. 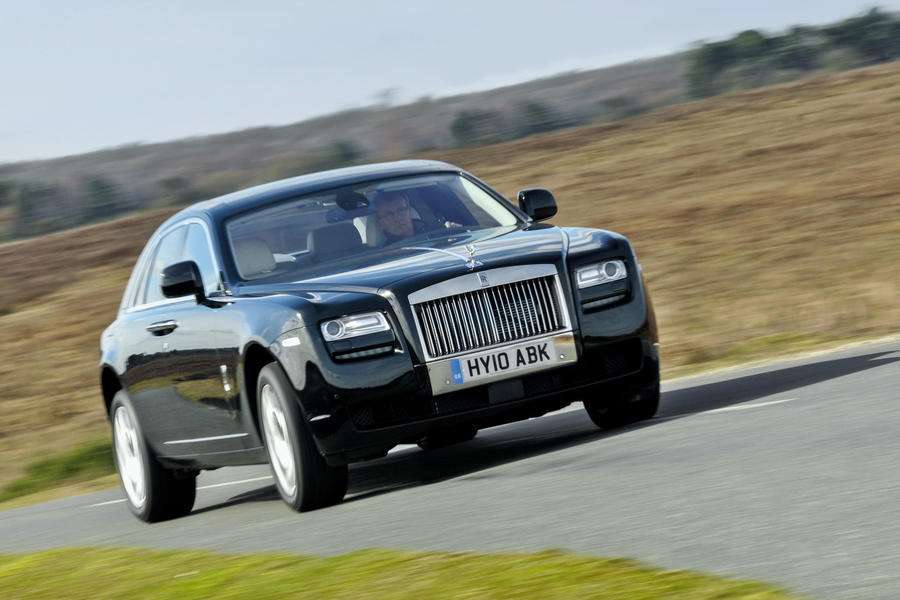 £70,000-£90,000: For my money, one of the finest pieces of styling of the past decade and perhaps one of the most stunning UK-produced cars ever. It’s unfairly overshadowed by the Rolls-Royce Phantom, but Ghost owners say they are happy to have a slightly less conspicuous machine and they feel they have lost nothing in terms of ultra-luxury. Much is made of the performance, refinement and isolation. If you drive yourself, it’s arguably the ultimate pure luxury car.