BACK TO ALL NEWS
Currently reading: Nearly new buying guide: Audi A8
UP NEXT
New 2021 Mercedes-Benz EQB revealed

The Audi A8, now in its fourth generation, is probably the most discreet luxury limousine around. But don’t mistake discretion for indifference: this is a techno-fest, with a host of features that maintain the A8’s reputation for innovation.

There’s the choice of a 282bhp 3.0-litre diesel (the 50 TDI) or a 335bhp 3.0-litre turbo petrol (the 55 TFSI). Both engines have a mild-hybrid system (a small battery and electric motor) and can cut out while you’re coasting for up to 40 seconds at a time in the name of efficiency.

When launched in 2017, there were just two trim levels on offer: no-name base and S Line. As you would expect, even that entry-level A8 is very well equipped, with the S Line being for those who desire sportier looks and trick matrix LED headlights. 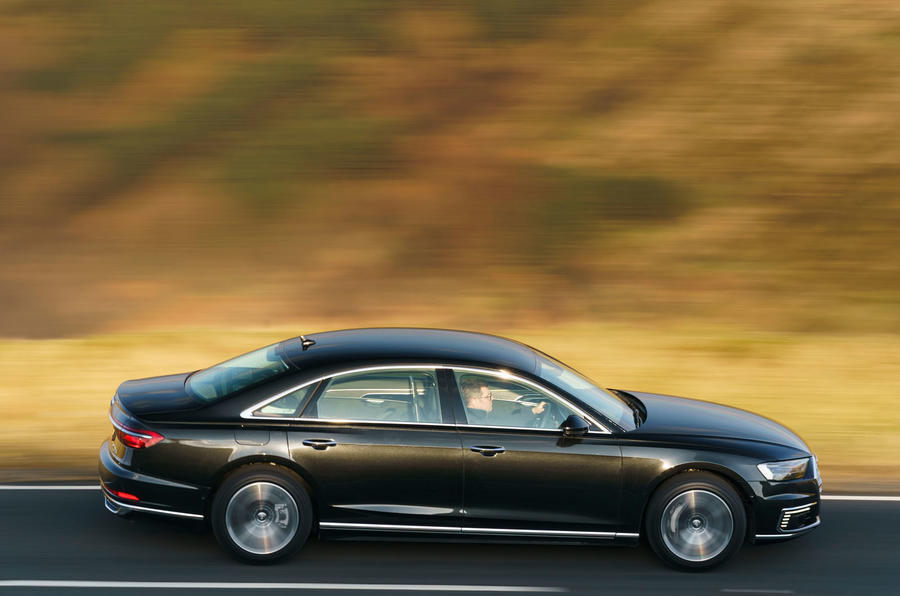 Chauffeurs can opt for the A8 in long-wheelbase L form, in which case your passengers get heated rear seats, touchscreens for controlling the infotainment system, four-zone climate control and electric rear-window blinds.

Later A8s adopted a Sport, S Line, Black Edition and Vorsprung range. The former pair echoed the original trims, while the Black Edition got styling tweaks and the Vorsprung added all sorts of goodies, including 21in alloy wheels, front seat cooling, all-wheel steering and washer jets integrated into the wipers. Phwoar!

The A8 doesn’t have the precision of the Mercedes-Benz S-Class when it’s hustled along a back road quickly, but few, if any, A8 owners are ever going to drive their cars in this way.

No, limos are about relaxation, and the A8 is about as relaxing as driving gets. Its air suspension wafts you over bumps seamlessly, while engine noise is all but absent. There’s a faint whisper of the wind and a background hum of road noise, but that aside, all is silent. Inside the A8 is a marvellous place to be. It’s not as glitzy as the S-Class, but its more understated furnishings are deeply appealing, with slivers of open-pore wood, top-quality materials and glossy touchscreens and touch controls everywhere.

That latter point is a bugbear in use, mind you, for while these items look snazzy, they’re a pain to use, because you have to take your eyes off the road to use them – and a few prods soon render them grubby.

Space is a key element of a luxury car and the A8 delivers it in spades, even in standard-wheelbase guise.

All is well up front, too, with lots of useful cubbies and big, deep door pockets, while the boot of petrol and diesel cars is one of the biggest in the class, with almost as much volume as that of some small estates. 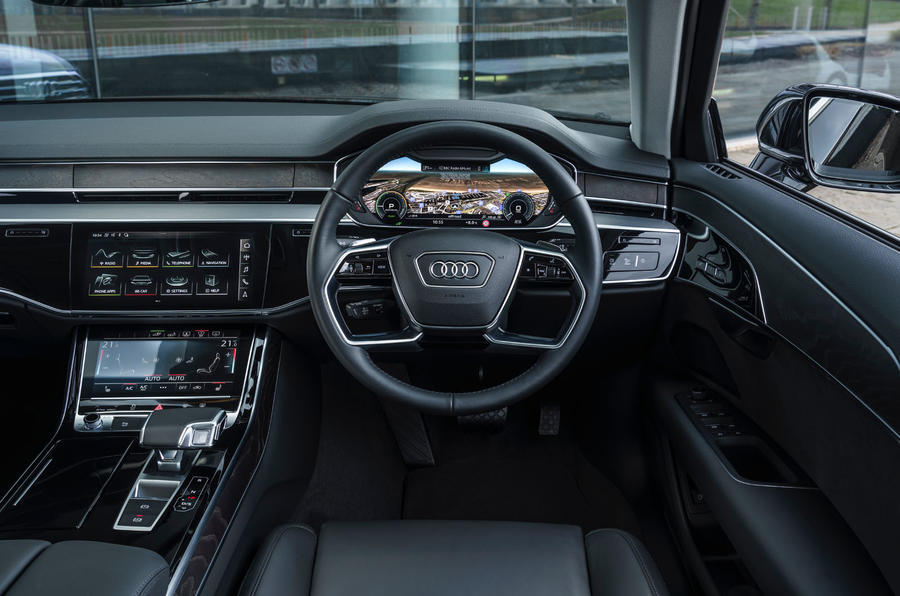 There have been four recalls, over the rear shock absorbers; a gearbox oil leak; problematic front-seat guide rails; and missing clips in the active head restraints.

The PHEV’s battery eats into the boot to make it less capacious than that of the much smaller Audi A4.

L 50 TDI Quattro: The regular diesel will do quite nicely, thanks, but we would go for the 5.1in-longer-wheelbase A8 L, because we would enjoy reclining with all that extra leg room. We just need to find a willing chauffeur… 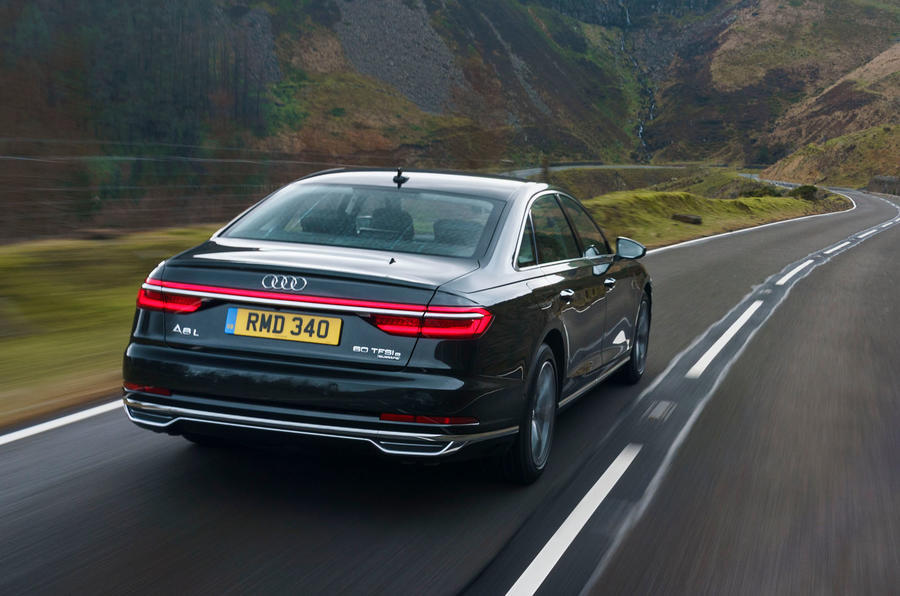 S8 Quattro: We can’t fail to mention the Ronin-spec S8 in this section. A stonking 563bhp 4.0-litre petrol V8 can propel this leather-lined barge from 0-62mph in 3.8sec. Few armed convoys will be able to get away from one of these…