BACK TO ALL NEWS
Currently reading: New Volkswagen T-Roc - latest pics and details revealed ahead of tonight's launch
UP NEXT
Lotus reveals lightweight platform for Elise and Evora successors

The Volkswagen T-Roc is “not like a normal SUV”, according to Frank Welsch, VW’s head of R&D, speaking to Autocar ahead of the car’s official unveiling tonight.

The car has now been revealed. Click here for the full story.

The T-Roc is VW’s new small SUV. It will sit beneath the Tiguan in the range but is intended to offer “more emotion” than other VWs, Welsch said as he drove us around VW’s vast Wolfsburg HQ in a late-prototype car. In its design, it’s more rakish than any other VW SUV, with a new-look front end, thick aluminium side panels to break up the visual bulk, and wheels up to 20in diameter.

On sale in December from around £19,000, the T-Roc will be similar in size – around 4.2m long – to the Nissan Juke, which, along with the Mini Countryman and Vauxhall Mokka X, VW expects the T-Roc to rival. 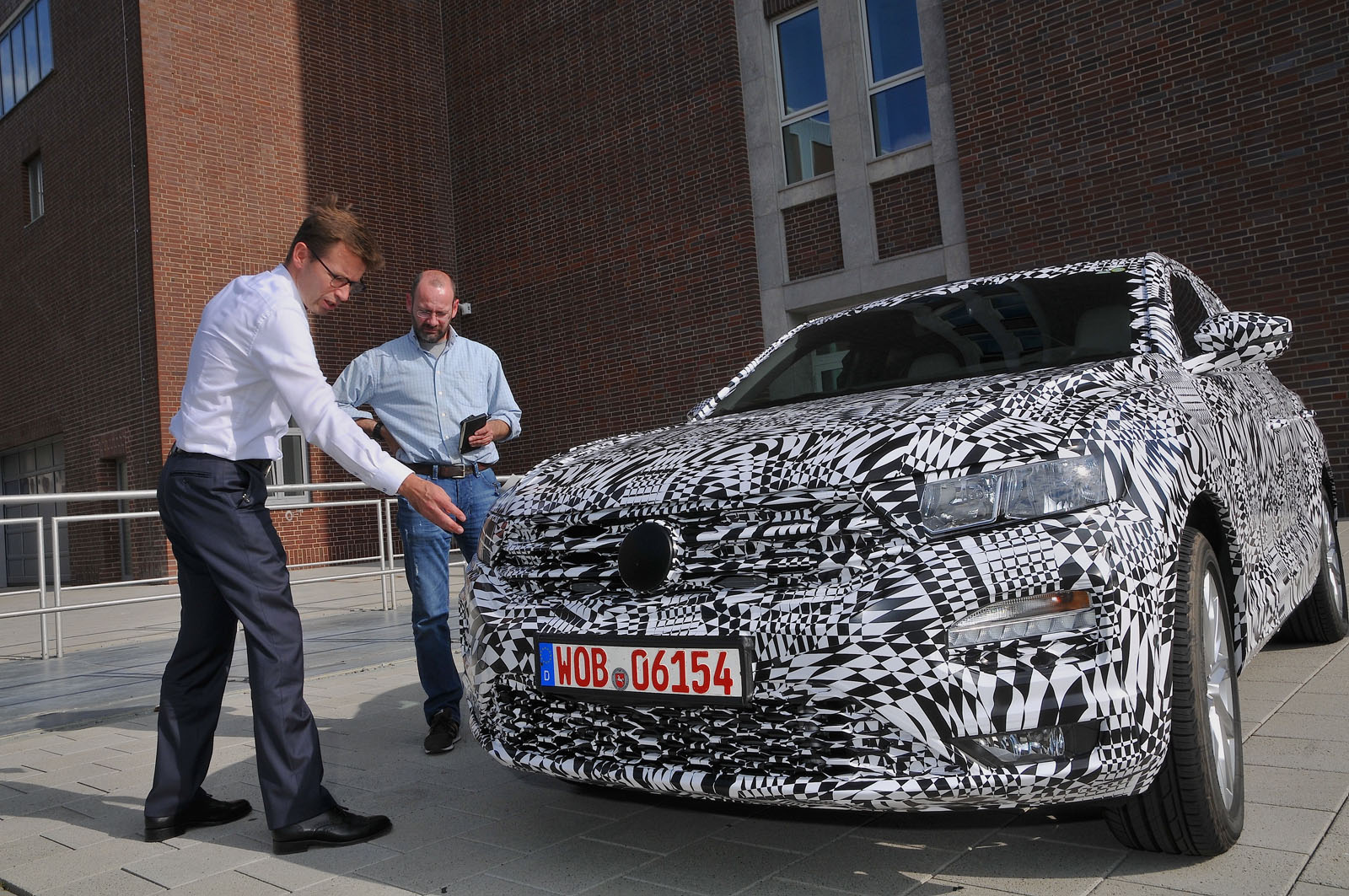 However, for price and practicality, despite its modest length, there’s as strong an argument that it’s a Nissan Qashqai rival, too. “All our cars are successful because of luggage room, and room for passengers,” said Welsch, “and this car has even more room than you’ll find in a Golf”.

As you’d expect, there’s more shoulder and head room than in a Golf, but the boot is bigger, too, at 440 litres to the Golf’s 385 litres.

The T-Roc is similar in length to a Golf, and very similar underneath to Audi’s Q2, which is no surprise because it has been conceived on VW’s modular MQB platform.

The T-Roc has a shorter front and longer rear overhang than a Golf and it rides around 8cm higher, but from the centre of its front wheels to the cabin, it’s essentially the same as a Golf underneath, just taller, owing to a raised axle line.

There’ll be six engine options at launch, three petrols and three diesels, one of each in 114bhp, 147bhp and 187bhp forms. Two and four-wheel drive will both be options, with manual and DSG dual-clutch automatic offered as well. 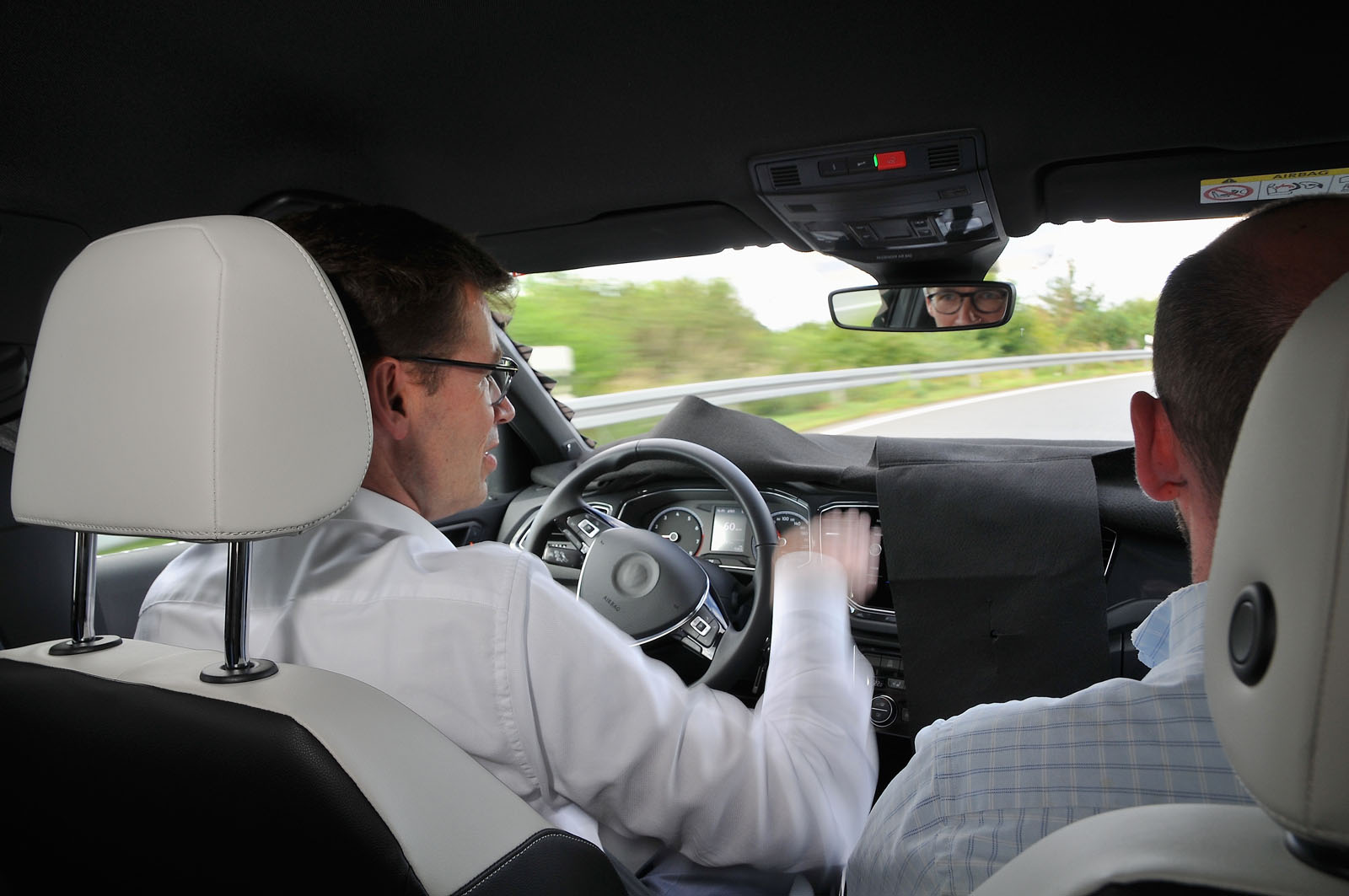 All T-Rocs get multi-link suspension so there’s no torsion-beam derivative. “We have SUV genes in here, so we can do more than a Golf does. You sit higher. The wheels are bigger. Lots of things are different, so we put multi-link in here,” said Welsch.

Although Welsch said the recent Arteon brought a new expression to VW’s exterior styling, the T-Roc “inside and out has more emotion than you would normally expect from a Volkswagen”.

VW executives were keen to pull the covers over the interior of our prototype when our cameras appeared but a finished version that we saw in a studio, and that will be on autocar.co.uk later this week, had lively — by VW standards — coloured trim and neat ambient lighting.

The new design flair doesn’t necessarily equate to the way the T-Roc drives. “We have a clear idea of how a Volkswagen should be,” said Welsch, “and this is what we’ve tried to reach here. We’ve also made this car more quiet, from wind noise and road noise and so on. People like more and more comfort.” 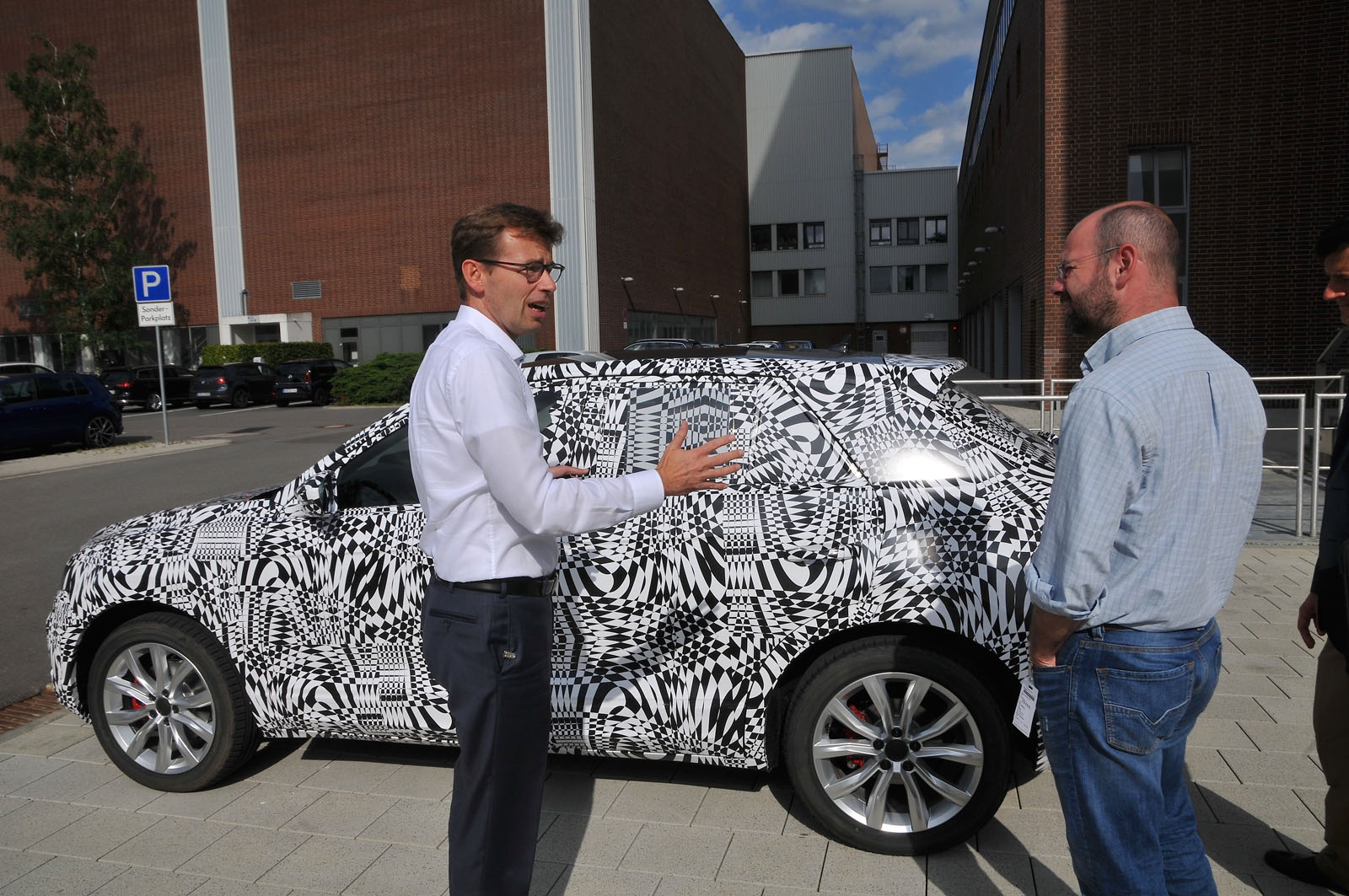 Because it’s based on the MQB platform, the T-Roc will be available with VW’s full gamut of infotainment and safety tech. “This is a 100% online car,” said Welsch.

With the addition of a smaller SUV, based on the T-Cross Breeze concept, arriving to sit beneath the T-Roc, and with two versions of the Tiguan, and a new Touareg arriving late this year, VW’s SUV range will soon encompass five models, of ever increasing popularity.

“Everywhere, in all markets — China, America, Africa — this is a very stable trend,” said Welsch, “and this is why we say that what could be next is not all boxy SUVs but more crossover concepts and coupé- like concepts like the T-Roc.”

VW is late to introduce so many SUVs, but Welsch is pragmatic. “I don’t know why we are late,” he said. “With the Touran we were late, the Sharan we were late. I cannot explain why, but here we are. I’m happy to have this car now.”

Will a hot Volkswagen T-Roc be a sales success?

What a dreadful name....

... I assume it is to match the hideous perforated plastic footwear that its buyers will be wearing?

Previous Autocar reports stated this was a Qashqai rival

Why all the secrecy?

It's just an Audi Q2 with some styling tweaks.