BACK TO ALL NEWS
Currently reading: New Renault Captur: UK prices and specs announced for 2020 crossover
UP NEXT
Lotus Emira vs Porsche 718 Cayman

UK-specific pricing and specification detail has been revealed for the new, second-generation Renault Captur ahead of Renault opening orders later this month.

The Renault Clio-based crossover, first shown to the public at September’s Frankfurt motor show, is priced from £17,595. That gets you a Play spec model with the base 1.0-litre three cylinder TCe 100 motor, which puts out 99bhp and 118lb ft of torque. 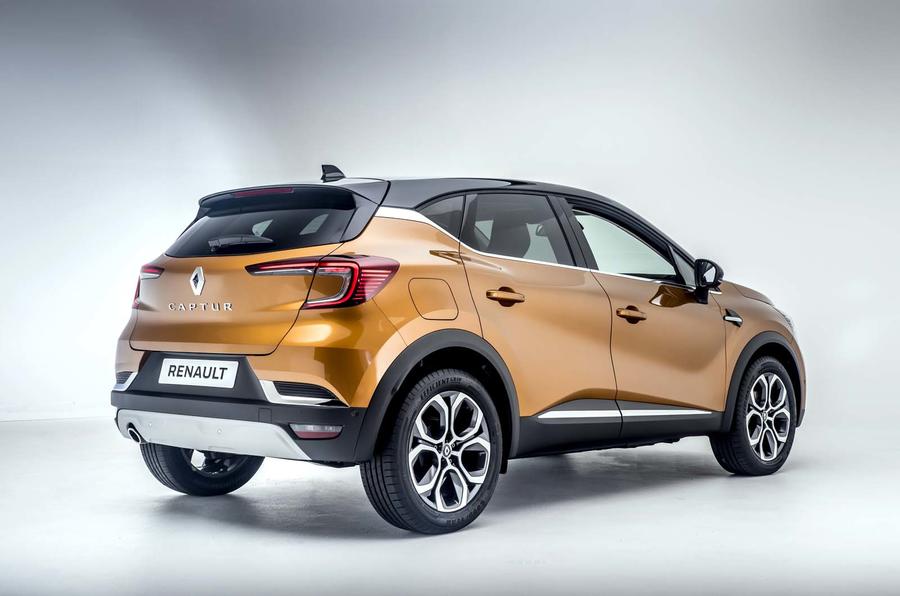 Just three specification grades will be offered at launch, with Iconic (from £19,095) and S Edition (from £20,595) specs rounding the range off.

The French maker claims to have sold more of the outgoing Captur last year than when it first launched in 2013. To continue that success, the new Seat Arona rival adopts an evolutionary approach to the exterior design that Renault describes as “more modern, more muscular and more expressive, with more SUV design cues”.

The new crossover is significantly larger than its predecessor, with 100mm added to its length – with a 33mm longer wheelbase – and a 19mm increase in width. The result is claimed class-leading rear seat space, aided by a sliding bench that can be adjusted by up to 16cm, and a 536-litre boot that is 81 litres larger than the outgoing car.

The Mk2 Captur sits on the same CMF-B platform first used for the latest Renault Clio. It’s said to weigh “about the same” as the old car despite its increase in size and equipment levels, thanks to details such as an aluminium bonnet and plastic tailgate.

The interior of the new car, like the Clio, has had a more substantial overhaul than the exterior. Renault claims it offers “a new dimension of quality and comfort rivalling models from the class above” with extensive use of higher-grade materials and newly designed seats. There’s also a new floating centre console, freeing up additional storage and space for wireless phone charging.

The infotainment is a big upgrade, with an optional 9.3in central screen – larger than in the bigger Renault Kadjar – combining with standard customisable 7in digital instruments (a 10in display is available on higher grades). A greater range of standard safety assist kit is offered, too. Renault is also going big on customisation: there’s a total of 90 exterior colour combinations and 18 interior configurations. 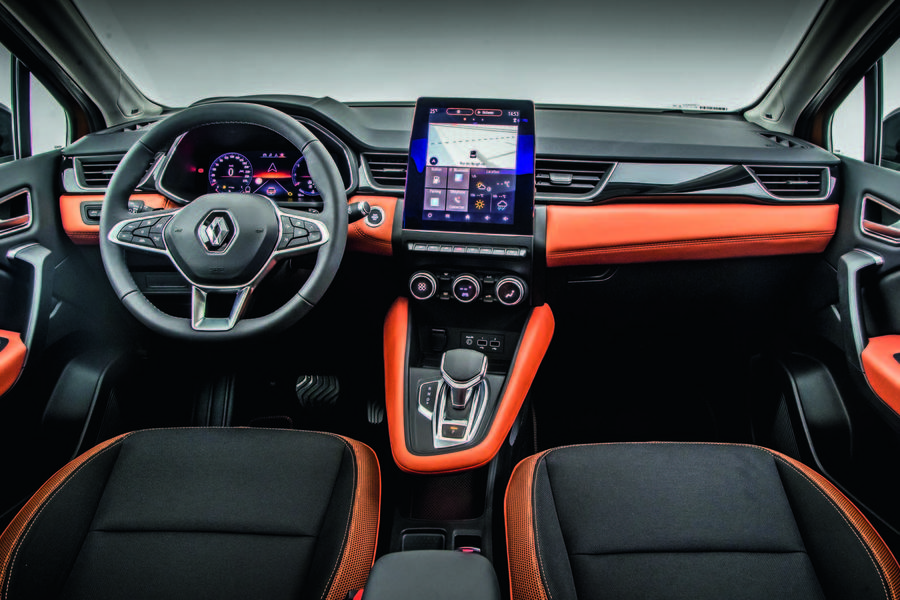 From launch, the Captur will be offered with three turbocharged petrol engines and two diesels, all new to the car. The base 1.0-litre three-cylinder TCe unit puts out 99bhp and 118lb ft of torque, while a 1.3-litre four-cylinder makes 128bhp and 177lb ft in ‘130’ form, and 153bhp and 199lb ft in ‘155’ form. A 1.5-litre diesel comes in 94bhp and 113bhp form. Depending on the engine, five- or six-speed manual and seven-speed dual-clutch automatic gearboxes are offered.

The Captur will gain a plug-in hybrid E-Tech model in the first quarter of 2020. The system, for which Renault has filed over 150 patents, blends a 1.6-litre petrol engine with a 9.8kWh battery and two electric motors, linked to a new ‘multimode’ continuously variable transmission, claimed to feel like a dual-clutch set-up. 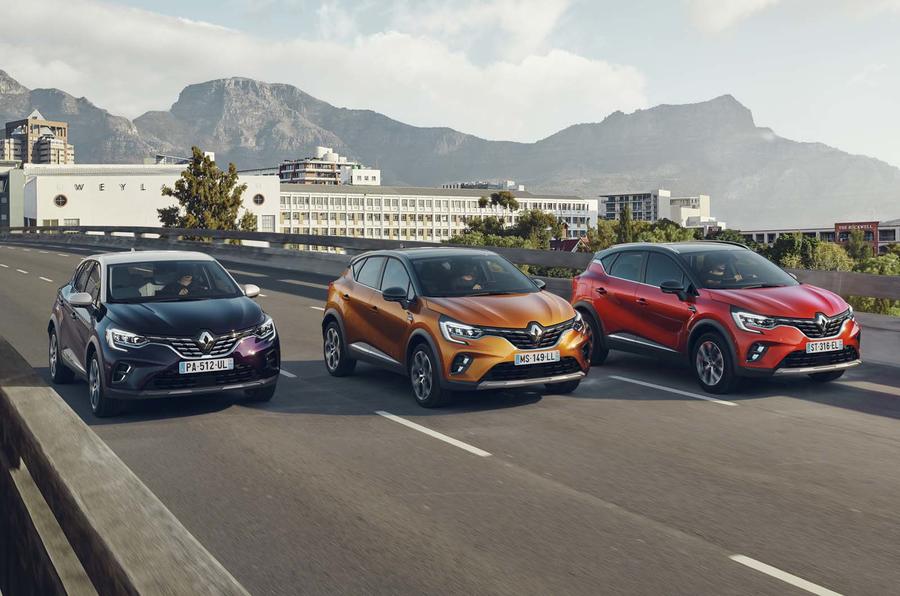 Renault says it can run for 28 miles on battery power alone at up to 83mph, while a braking system taken from the firm’s EV range allows strong brake regeneration for a ‘one pedal’ driving technique.

Performance and efficiency figures have not yet been released, but engineers tell us it puts out around 150bhp and “substantially” more torque than the regular petrol engines.

On paper it makes sense, its

On paper it makes sense, its cheap in nearly new form and a shade bigger, well equipped and more practical than some of its competitors. But I just can't warm to it for some reason, it just lacks presence and looks really small when I see one. My wife agrees and keep hankering for a Suzuki Vitara instead.

Only on the lowest trim. Can't you read or is it just your glass is always half full?

OK then I needed to re-read that bit

Only on the lowest trim. Can't you read or is it just your glass is always half full?

But it seems strange the lowest spec you only get the Auto box with the larger engine, I suspect it's going to get expensive to get the worthwhile manual 1.3, lord knows how many S Editions they're sell that start at near £30k!

I always have a half full glass, when there's a worthwhile drink in it!

apart from the huge screen thing. I'd be tempted to pull it off and buy some plastic polyfiller.