BACK TO ALL NEWS
Currently reading: New Mercedes EQE electric saloon hits the road for the first time
UP NEXT
Munich motor show 2021: all the new cars on show

Mercedes-Benz's electrification rollout will continue with the launch of an electric executive saloon called the EQE in 2022, and the model has now begun winter testing.

New spy shots show the Tesla Model S rival in what appears to be heavy disguise, so we can’t make definitive conclusions on how it will look. We can see, however, that it will feature a similar flowing, aerodynamically optimised design as its larger saloon sibling, the EQS.

The electric alternative to the E-Class will also adopt the smoothed-off face seen on the EQC SUV.

A long bonnet falls steeply towards the front of the car, while the roofline is almost coupé-like and the windscreen is steeply raked. As with the EQS, the wheels are pushed to each corner of the car, shortening the usual overhangs associated with a saloon. 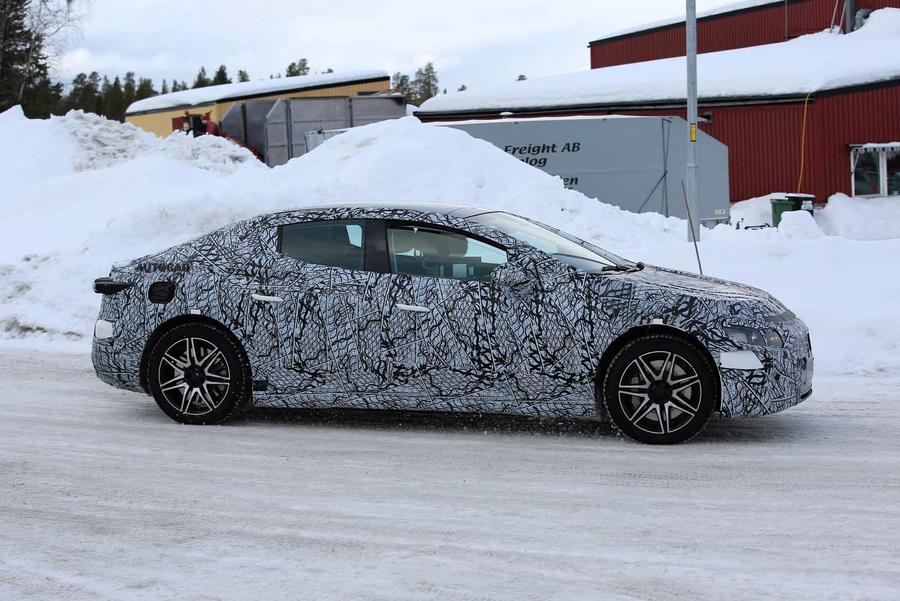 The intent behind this is most likely to provide the maximum space for the large, floor-mounted battery under the passenger cell, but it should also benefit occupant space. One source told Autocar: “The EQE will be shorter in length than today’s E-Class but offer space comparable to the existing S-Class.”

With the EQS set to arrive next year, the EQE will be the second model based on Mercedes' new MEA electric car platform. Making extensive use of aluminium, it's designed to give EQ models a flat floor structure for added packaging flexibility and what Mercedes insiders have described as “class-leading interior space”.

Other EQ models, such as the EQC and forthcoming EQA, EQB and EQV, use existing platform structures shared with combustion-engined siblings.

Like the EQS, the EQE will be sold from the outset with four-wheel drive, with power coming from two electric motors – one for the front axle and one for the rear axle. 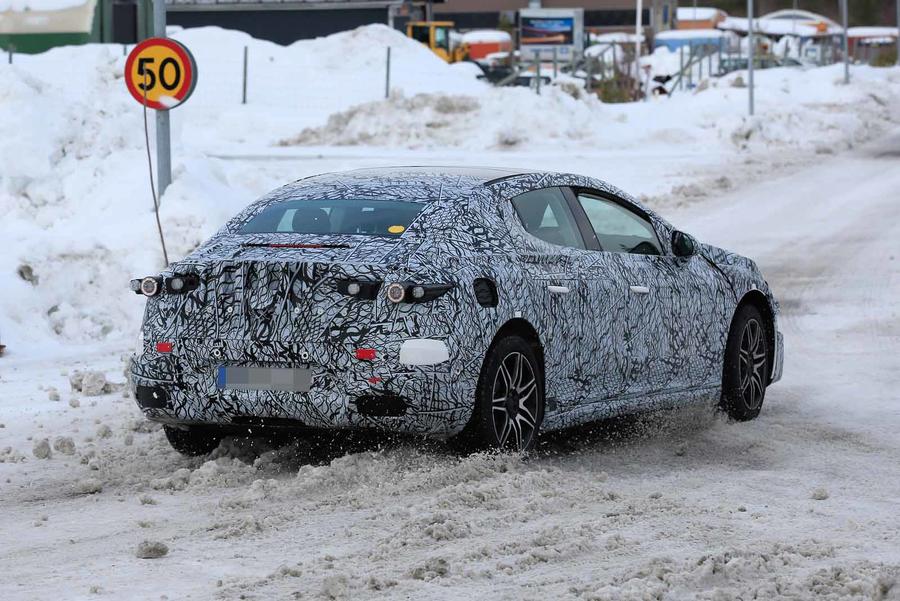 Power and torque figures are expected to eclipse the 402bhp and 564lb ft of the EQC.

To broaden the EQE's appeal, Mercedes is also considering a rear-wheel-drive version, although it's unlikely this would be made available before 2022, according to sources familiar with Mercedes' electric car strategy.

Among the features being touted for the EQE are active air suspension and four-wheel steering, as well as safety features incorporated into Mercedes’ latest ESF experimental research vehicle, including level three autonomous driving functions.

Developments in battery cell technology are expected to provide the EQE with a range of close to 373 miles (600km).

Production of the EQE is scheduled to take place at Mercedes’ new Factory 56 in Sindelfingen, Germany – the same site earmarked to produce the EQS.

The EQE will also be produced at a new €1.5 billion (£1.3bn) site being constructed by Mercedes in partnership with its Chinese joint-venture partner BAIC in Beijing, at a rate of up to 70,000 units per year, from 2022.

Going to have to be good

MB lost me as a customer because this is so late. When you consider the eSLS in two thousand and TWELVE! It's crazy how late they are with this.  I replaced my E63 with a Model S and the EQE will have to be very good indeed to tempt me away from Tesla and the sheer convenience of Supercharging.

Doesn't look bad, just the rear, I hope it's better than previous iterations.