Long-awaited 4x4 to be offered in many guises, from hardy off-roader to luxury SUV
Close

The new Land Rover Defender will be a family of vehicles based around two wheelbase sizes, with versions ranging from basic utilitarian vehicles up to luxurious high-end models.

The mission for Land Rover’s reborn icon is to offer the “biggest breadth of capability of any model to wear the badge”. The revived nameplate, set to be officially revealed within the next year, is Land Rover’s most anticipated new model in decades. The firm had previously considered unveiling it this year, to coincide with Land Rover’s 70th anniversary, but the imminent launch of the Mk2 Evoque is understood to have made this less likely.

Despite its utilitarian roots, the new Defender family will likely be pitched as a premium offering: entry-level versions are unlikely to come in at much under £40,000, while high-end models — which will be significantly more luxurious and powerful — are set to cost in excess of £70,000.

The new Defender's naming strategy will be inspired by the famous 90in and 110in wheelbase that gave the old Defender 90 and Defender 110 their names. There remains no official news on when the new Defender will arrive in showrooms, but it won’t be before April 2020. According to newly released financial documents from the firm, the Defender — and one additional Jaguar Land Rover (JLR) product, likely to be the electric Jaguar XJ first revealed by Autocar — are slated to arrive in the “fiscal year 2020-2021”, which means April 2020 onwards.

The documents also reveal that the Defender, which has the development codename L663, will become a sub-brand in its own right, and should become a significant contributor to JLR’s march towards building a million vehicles per year. According to the documents, the arrival of the new Defender will mark the point at which Land Rover will fully realise its long-held plan to formally split its three main nameplates — Range Rover, Discovery and Defender — into distinct product families, each with its own well-defined characteristics. This process of dividing the models into ‘pillars’ began back in 2012 with the current Range Rover.

Autocar understands that the styling of each model line will become much more individual, rather than all models having a clear ‘family face’ resemblance to the flagship Range Rover. The Defender family, according to the company’s published plans, will fit under the heading “Durability”. The upcoming models have to be “functional, durable, practical” and offer “off-road expertise”.

To put the new Defender in context with the other two Land Rover sub-brands, the overriding brand value for Range Rover will be “refinement” and future models will have to be “elegant, luxurious, sophisticated” and offer “all-road performance”. That last attribute nods to the more road-orientated model being planned by the company, and first revealed by Autocar last year. Indeed, the name ‘Road Rover’ – which the firm originally insisted was merely an internal title – has recently been trademarked by JLR. 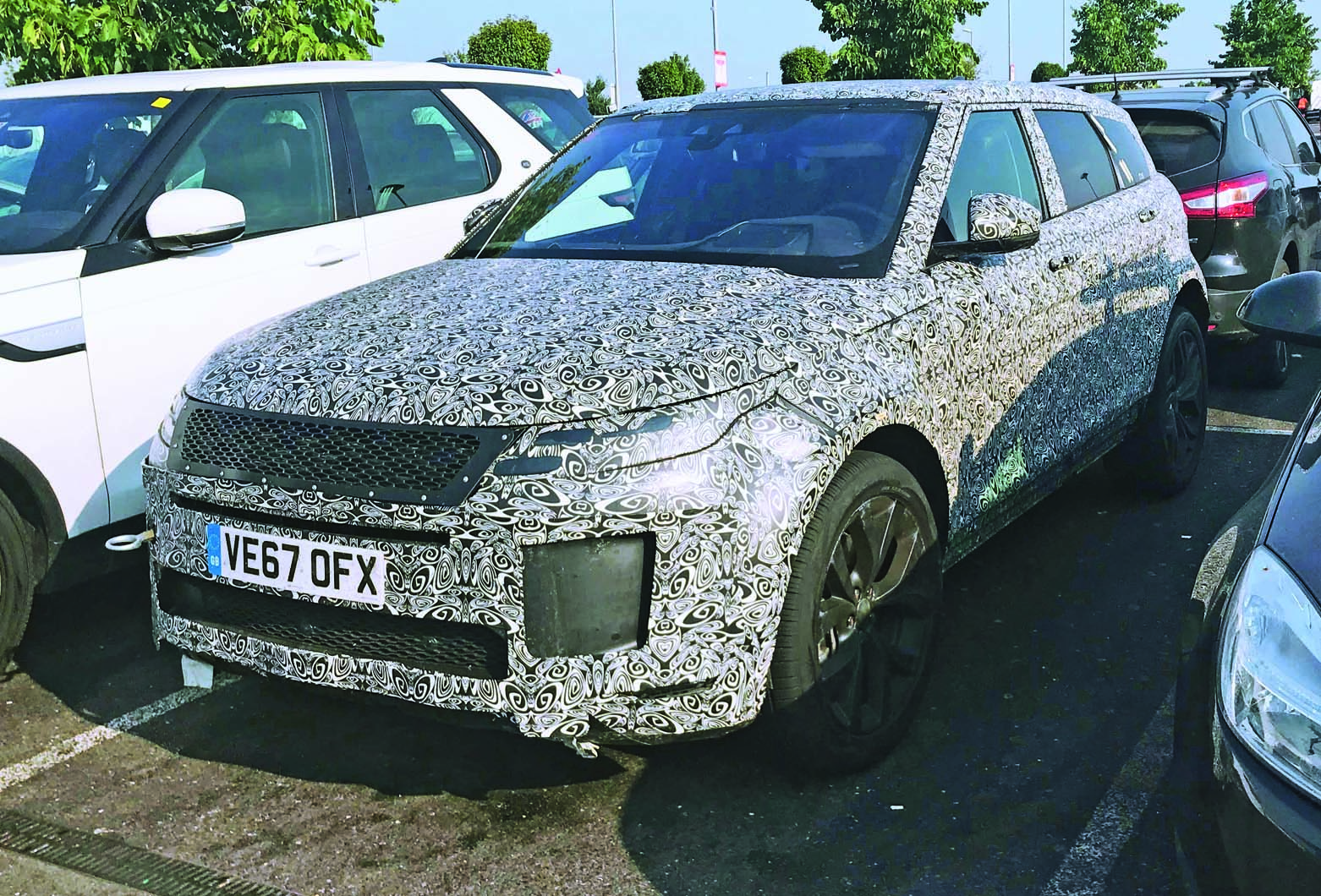 The future Discovery family will come under the heading of “Versatility”, offering an overall “breadth of capability”.

The Defender will be based on the new all-aluminium MLA (Modular Longitudinal Architecture), which replaces the current family of aluminium platforms that have their roots in the architecture of the 2003 Jaguar XJ. The use of an aluminium monocoque structure might prove controversial among hardcore off-road enthusiasts, but this lightweight construction will be backed up by an extensive suite of electronic chassis controls.

Land Rover bosses are determined that the new Defender will arrive on the market as the most capable off-roader on sale, and they are happy to utilise high-tech electronics to achieve that, rather than traditional mechanical solutions.

Autocar understands that the shorter-wheelbase version of the Defender will be sold as a sporty three-door model, with the longer-wheelbase vehicle providing a basis for a spacious five-door and a conventional pick-up. The three-door may also be available with a removable hard-top. Perhaps the most intriguing aspect of the new Defender family is that it will have to cover all bases, from basic utilitarian versions up to plusher and far more luxurious high-end models.

Although even the more basic models will still attract premium-level pricing, the requirement for the new Defender to stretch so widely across different market segments is highly unusual and will have proved a challenge for the design and engineering teams, as well as the product planners. Land Rover will be trying to build a premium-priced, genuinely rugged pick-up a tone end of the range and a luxurious five-door rival to the Mercedes G-Class at the other.

Land Rover design boss Gerry McGovern previously told Autocar that people needed to stop thinking about “function in a durable way”, because any Land Rover is a premium product. That means the new Defender’s design, especially inside, will have to be functional enough for commercial buyers and yet perceived as premium enough for versions of the model that could cost north of £70,000.

Land Rover has been very successful at preventing the detail of the new Defender from leaking out. The company did show a family of DC100 concepts in 2011, which were meant to preview a lower-cost Defender due in 2015. However, such was the reaction against the DC100 becoming the new Defender that the firm returned to the drawing board.

While the DC100 concept didn't offer many clues as to the final design of the new Defender, the recent Frankfurt Motor Show reveal of the Discovery SVX does - albeit more in terms of execution than design. Design boxx McGovern called the SVX's design "premium durability", meaning its toughness doesn't need to be overtly off-road with features like spotlights and snorkels.

Autocar understands that the more consumer-oriented models will be available with mild-hybrid and plug-in hybrid drivetrains, using the four-cylinder version of the company’s Ingenium engine. Three-cylinder versions are less likely. An electric version is also believed to have been tested. 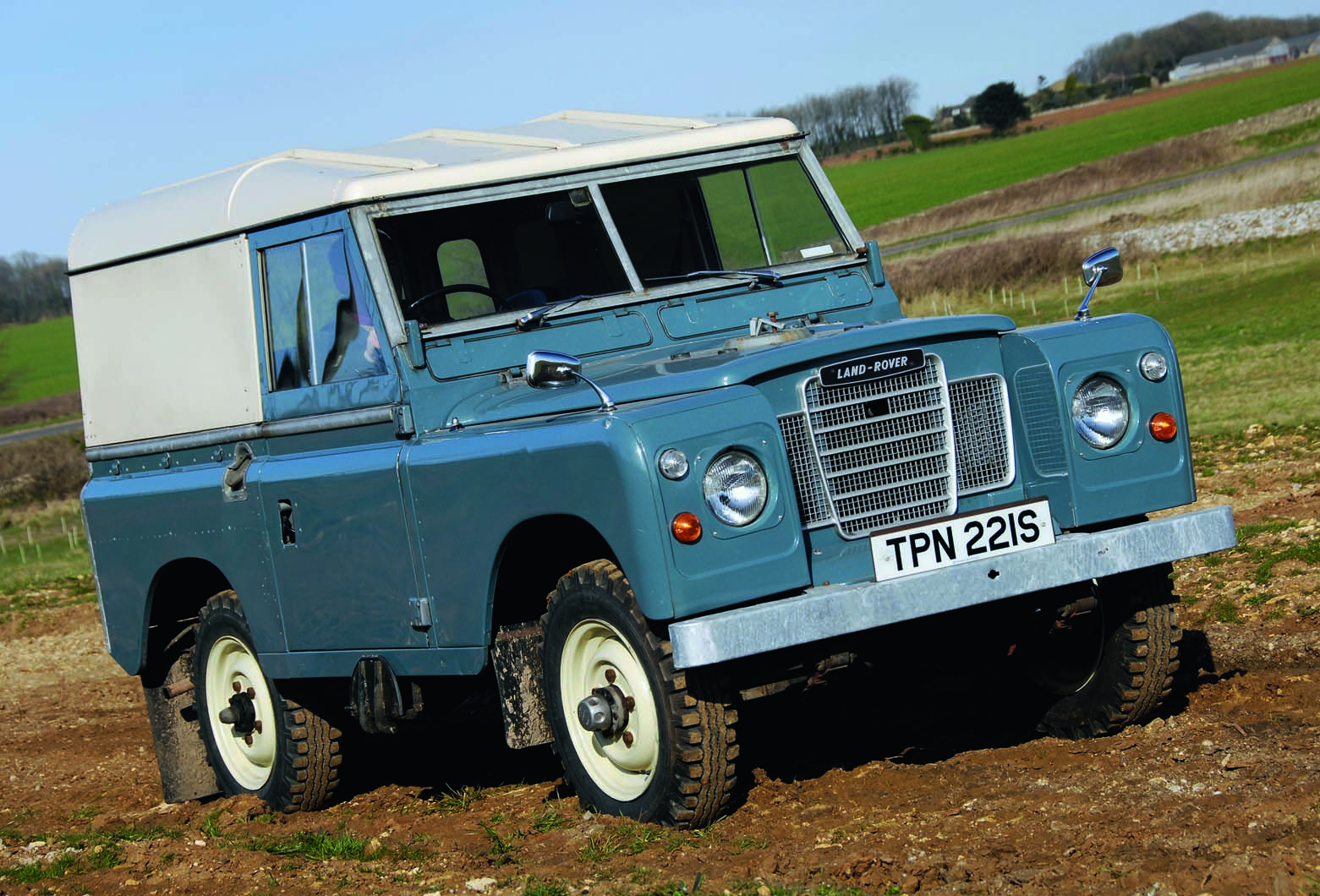 Top-end performance versions of the Defender will get the new straight six Ingenium engine in various states of tune. V8s will not be used in future JLR products. The six-cylinder engine will also be offered in mild and plug-in hybrid versions.

Permanent all-wheel drive will be standard on all models, as will automatic transmissions. It seems unlikely that JLR will engineer a manual gearbox for MLA-based vehicles, because there would be little demand for it on future Range Rover and Discovery models.

It’s also highly likely the new Defender will be built alongside the Discovery at JLR’s new factory in Slovakia. That may well prove to be a controversial decision when the company is relaunching such an iconic British vehicle. Production of the Discovery is being switched wholesale to Slovakia and will begin rolling out of the Nitra facility this autumn. In its first stage of development, Nitra has the capacity to build 150,000 vehicles per year.

Global Discovery sales are currently around 45,000 units, which means Nitra would have a capacity to build up to 100,000 Defenders each year. Judging by JLR’s intention to make the L663 a ‘third pillar’ in the portfolio, annual sales of 100,000 units would probably be the minimum aim. The Nitra plant has also been built with the ability to increase capacity by another 150,000 units.

Because it is fully integrated onto the MLA platform, the financial case for a new Defender finally makes sense. In its last years on sale, the previous Defender struggled to shift more than 20,000 units annually, which was far too low to make the case for a new stand-alone model.

In addition to waiting for the launch of the second-generation Evoque, it’s now clear that synchronising the release of the new Defender with both the launch of the MLA platform and the opening of the new factory in Slovakia has been the reason behind the extended wait for the new car.

Defender look to trade on heritage:

Land Rover has worked through numerous iterations to reach the right shape for the new Defender and it may have settled on taking the icon back to where it began.

Sources suggest JLR bosses are looking at the sales success of modernised classics like the Mini and Fiat 500 and will take a similar approach for their new car.

Company chiefs have always made much of the fact that the original Land Rover’s profile is so distinctive that it can be represented clearly in just in three strokes of a pen, yet it seems to have taken years of experimentation for it to dawn on these people that potential buyers simply want this to continue.

Jeep has known this all along: even after a dozen iterations, its Wrangler’s profile and basic concept retain a clear link with the WW2 Jeep that started it all. Steve Cropley

New Defenders will cover all the bases:

Defender 90 - Entry-level three-door will be built on the short- wheelbase MLA platform and will focus on sporty driving dynamics and the kind of utilitarian prowess the Defender is famed for. 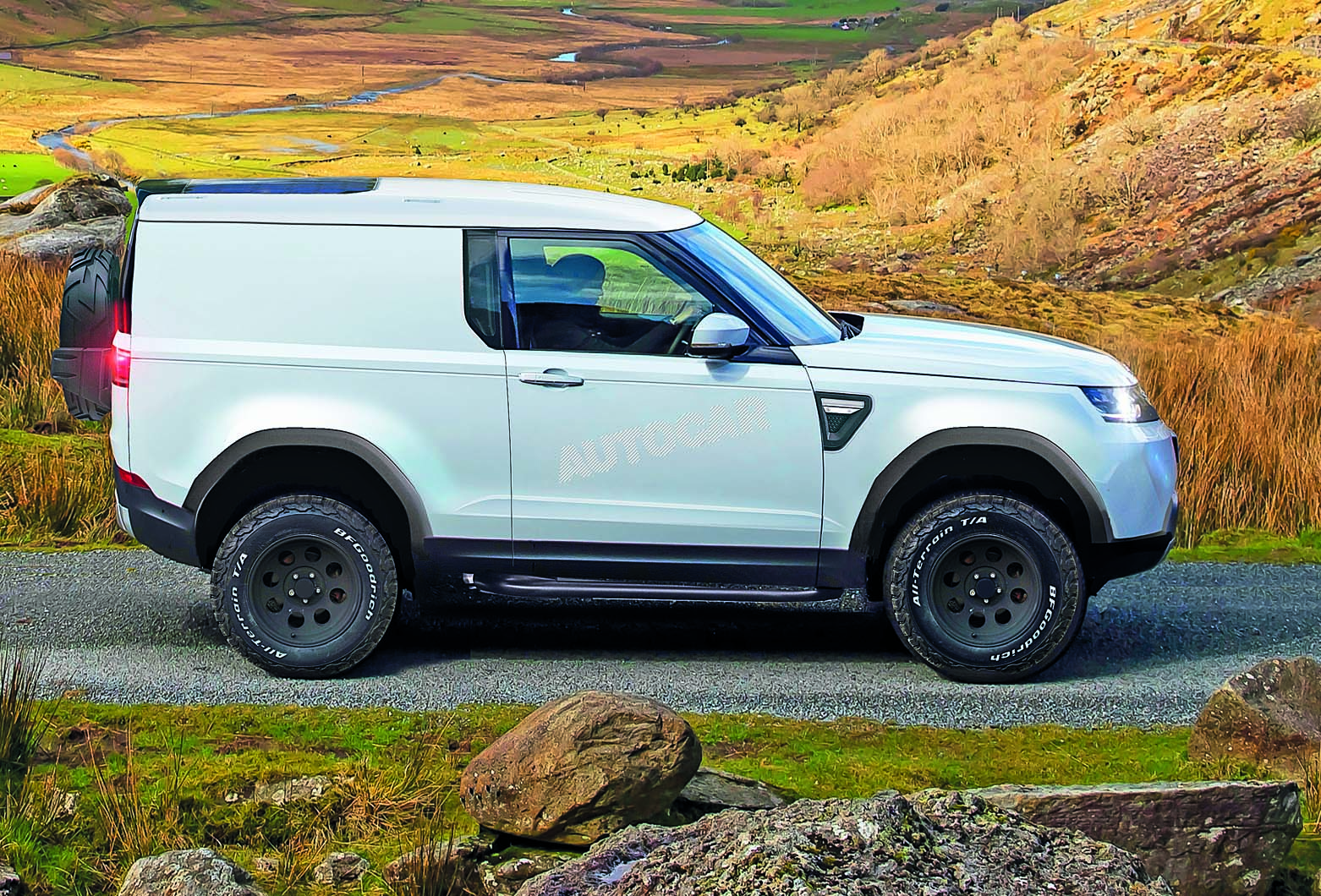 Defender 110 - The long-wheelbase version of the Defender will be positioned as a premium model in order to capitalise on the higher prices that large, luxurious SUVs can command. Defender pick-up - Likely based on the long- wheelbase architecture, this model would enable JLR to profit from the fast-growing commercial vehicle sector, competing with the likes of the new Mercedes X-Class. Pick-ups are increasingly popular in the UK due to their different tax class. 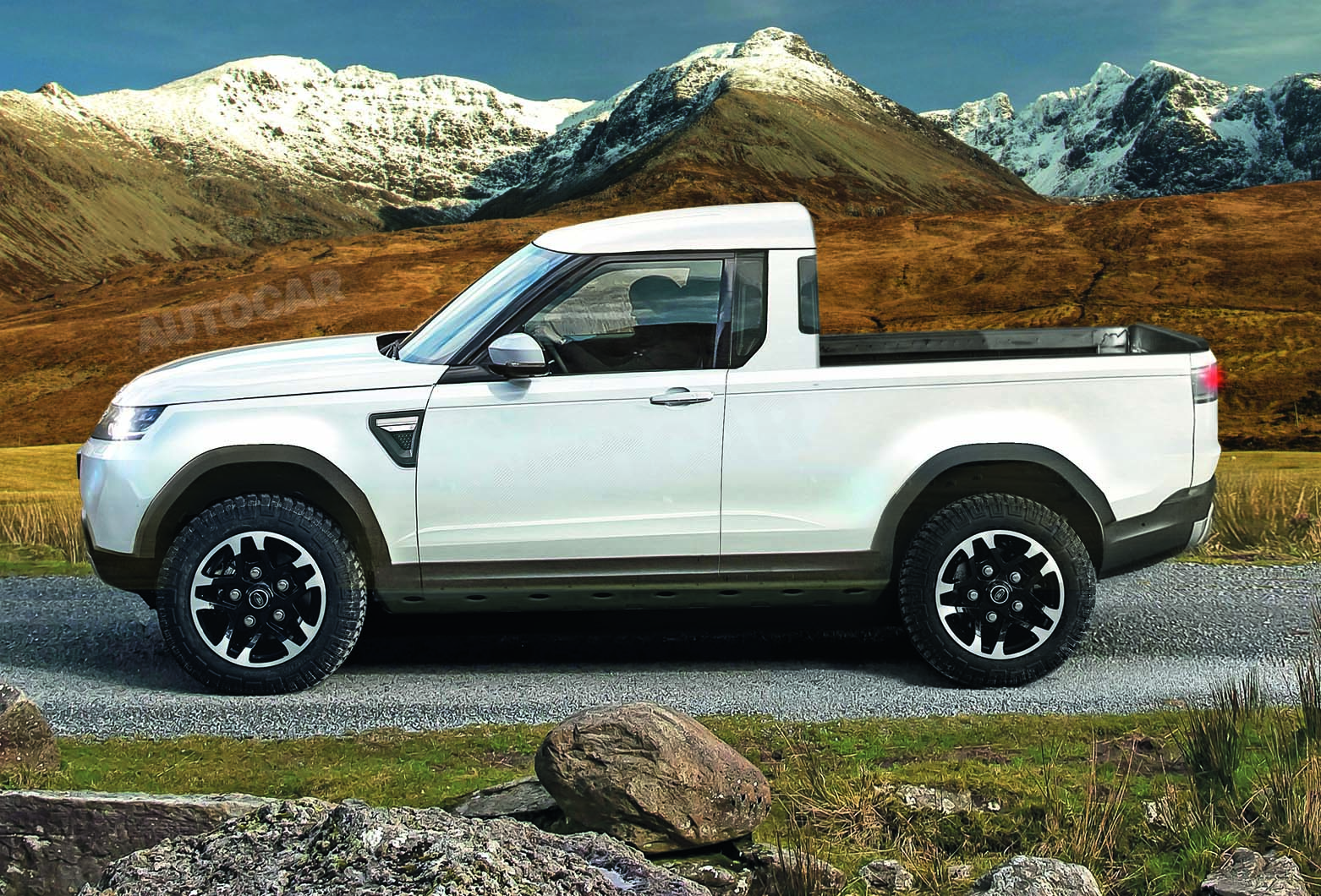 It looks like the new Defender is to be given a truly contemporary interpretation of the rugged and durable off-roader. Which is much more interesting and creative than Mercedes's ultra cautious approach with the G class. Shame on Mercedes.

Like many people all around the world before me...

Not a chance. Have you seen where Land Rover (and Jaguar) end up in the latest reliability surveys?

Land Cruiser most times for me. Except when I want a small rugged runabout - that's when I'll take the new Suzuki Jimny!

BMW and Audi were lower in the rankings that Land Rover in this years UK JD power survey, that doesn't stop people buying them.

With me having called in at my local Suzuki dealer to enquire about one only to be told that they had taken £500 deposits on their first 2 years allocation, with the people who had paid the deposits, (and the dealers), not even knowing the price yet...

Sure, but not people who know anything about 4WDs.

I've always been a huge LR fanboy, but no way I'd spend my own money on one over a Land Cruiser, just too unreliable.

Aaaaaaaaaaannnnnnnnndddd... the shark has been jumped.

One wonders whether the new Defender 110 will kill off the full sized Discovery by stealing a sizable chunk of its sales, and if it does, where does that leave the Discovery Sport? The question has always been, can JLR provide three pillars without significant sales overlap from one pillar to another? If the new Defender 90 provides sufficient urban chic, will this harm Evoque sales? Will top end 110 models dent sales of the Range Rover Sport?