All-new Defender will be the most high-tech Land Rover yet, have exceptional off-road ability and be sold as a premium 4x4
Open gallery
Close

Land Rover has moved the Defender into cold weather testing ahead of the car's sales launch next year, with the short wheelbase 90-badged model spotted testing under the body of a heavily modified Range Rover Sport.

Initial launch plans for the reborn Defender centre on two different wheelbases and two distinct bodystyles. The famous 90in and 110in wheelbase that gave the old Defender 90 and Defender 110 their names will also inspire the naming strategy of the new model, which will be built on a version of one of Jaguar Land Rover’s aluminium architectures.

Those wheelbases will house both hard- and soft-top bodystyle options for the new car, which are currently being experimented with in Land Rover’s design studio. An eventual series of Defender models will potentially include a pick-up and a line-up of different versions and trims ranging from the more civilised everyday use to the most hardcore, as well as more premium and performance varieties, with one eye on the continued success of the Mercedes-Benz G-Wagen.

Land Rover will use its 70th anniversary celebrations later this year to finally reveal its plans for a reborn Defender, which will go on sale in 2019.

It is now two years since the Defender went out of production – 67 years after the original Land Rover Series I, it’s derived from, entered it – and there has been a wall of silence around the company’s plans to launch a replacement. 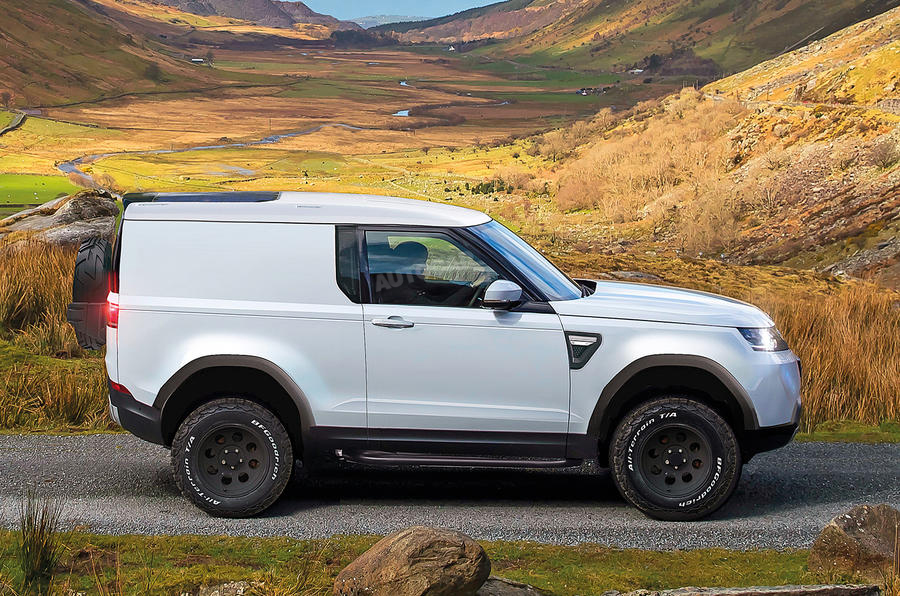 Has Land Rover made the right decision with the Defender?

However, Autocar can now reveal the new Defender, codenamed L663, will finally be shown towards the end of the year as the centrepiece of Land Rover’s 70th anniversary celebrations – and the model revealed will be the final production car, not a concept.

Land Rover is now wary of revealing concept cars for fear of the design being plagiarised, so it has decided against giving an early flavour of the Defender.

The company did start to show the family of DC100 concepts in 2011, which at the time were said to preview a more low-cost new Defender then coming in 2015. But such was the reaction against the DC100 becoming the new Defender that the firm returned to the drawing board. Developing the car's complex business case was another reason for the delay - sales of the old Defender never rose above 20,000 units per annum in later years and as many as 100,000 annual sales are needed to make it viable this time around, leading to the decision to offer multiple body styles. 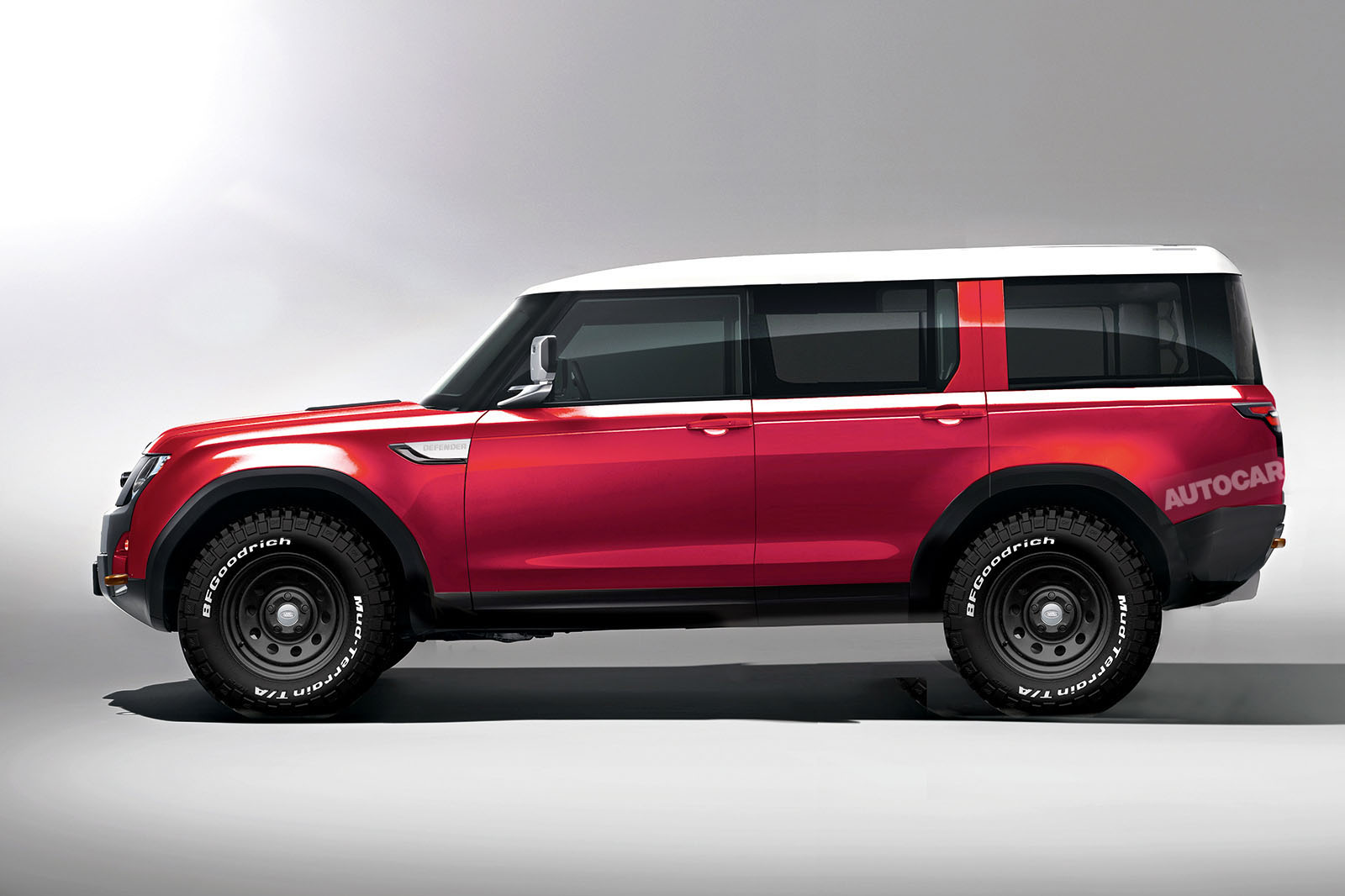 Land Rover has long stated that the Defender will be not just a car but one of the three pillars of its entire business. The other two are the Range Rover and the Discovery range of models.

The new Defender will be based on a common Jaguar Land Rover architecture, a toughened-up version of the D7u underpinnings used on the Range Rover, Range Rover Sport and Land Rover Discovery models. This will enable the kinds of economies of scale in production that the old model never achieved, as well as allowing for a range of petrol and diesel engines from JLR’s Ingenium line-up to be offered. 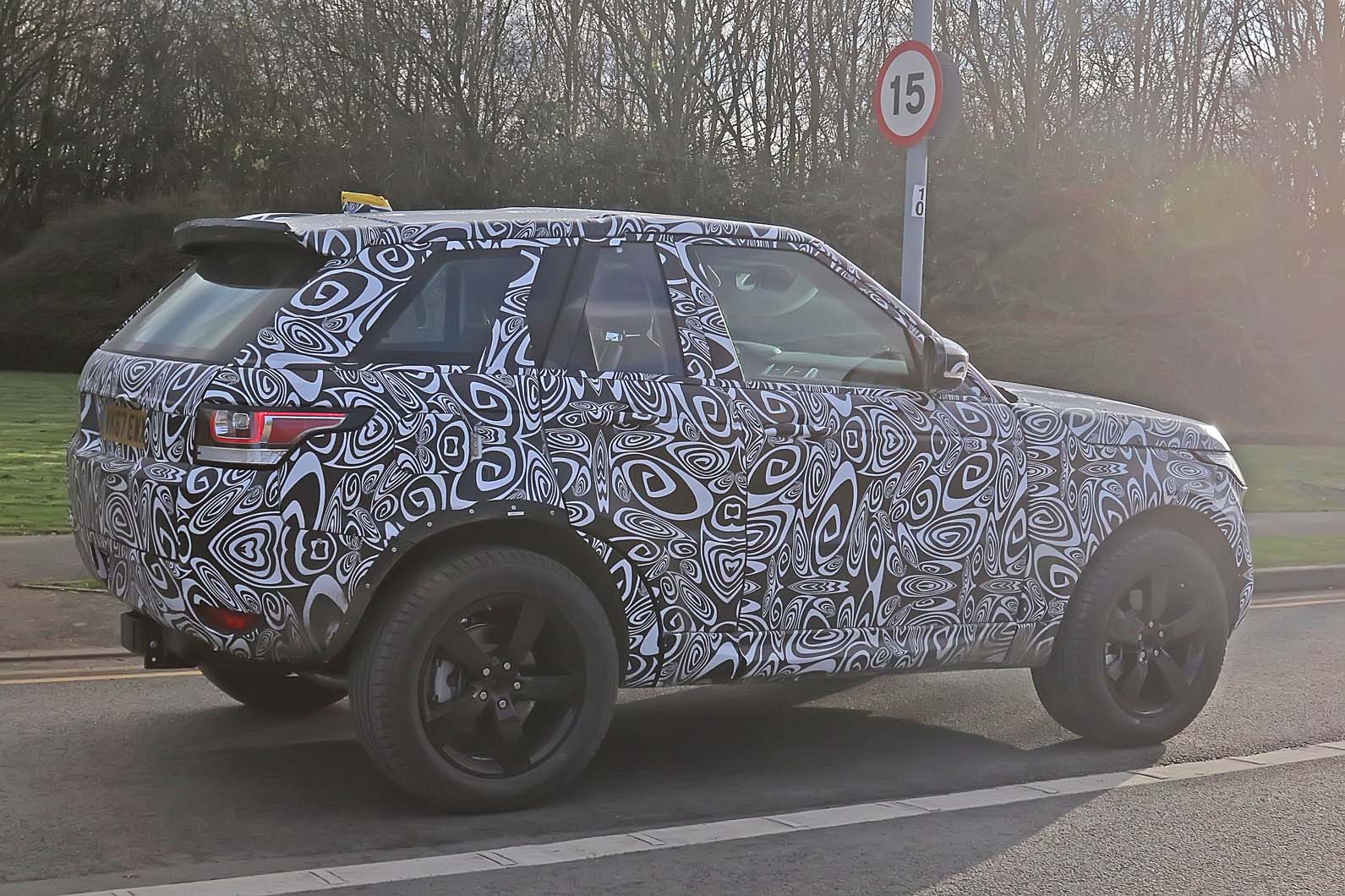 It also means the model can be sold in the US and Canada, which the old Defender couldn’t because it failed to meet crash safety regulations.

Although the DC100 concept offered no clues about the final design of the new Defender, the recent Discovery SVX at the Frankfurt motor show does – not so much in specific design features but in terms of the execution. Land Rover design boss Gerry McGovern described the execution of the Discovery SVX’s design as “premium durability”. By this, he meant the fact that its toughness needn’t be displayed with traditionally overt off-road features such as snorkels and large rows of spotlights.

The phrase ‘premium durability’ has also inspired the creation of the new Defender, which will be pitched as a premium product and priced as such. The car’s final design is understood to have a much more understated and refined look than previous artists’ impressions have suggested. 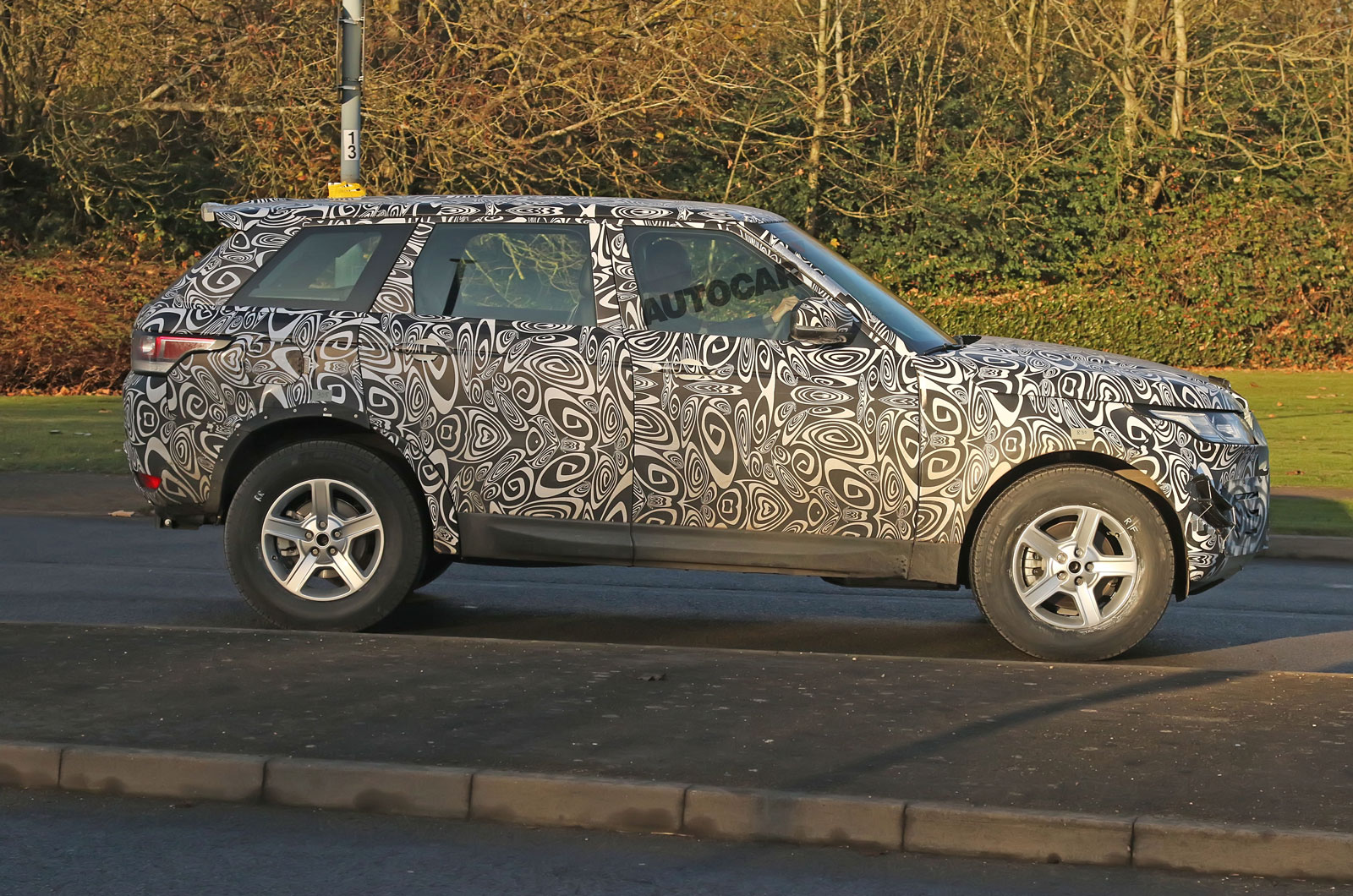 “We have to stop thinking about function in a durable way,” McGovern told Autocar at the Frankfurt show. “When you’re buying into the brand, you’re buying a premium product.”

That decision will mark a clear design shift for the new Defender away from the original and, as such, it will not be a retro-styled reinterpretation of the classic model in the way that other post-war icons such as the Mini, Fiat 500 and Volkswagen Beetle have been reinvented.

Although the design will contain no more than a few nods to the original, the new car’s capability will be beyond reproach. Indeed, the new Defender is set to be the most high-tech Land Rover yet. It will have a full and updated suite of off-road technology based on the Terrain Response II system that surpasses the tech offered on the new Discovery model introduced last year.

Land Rover is aiming for the new Defender to be designed and engineered to have the kind of ground clearance and approach, departure and break-over angles that will give it class-leading off-road performance and agility. 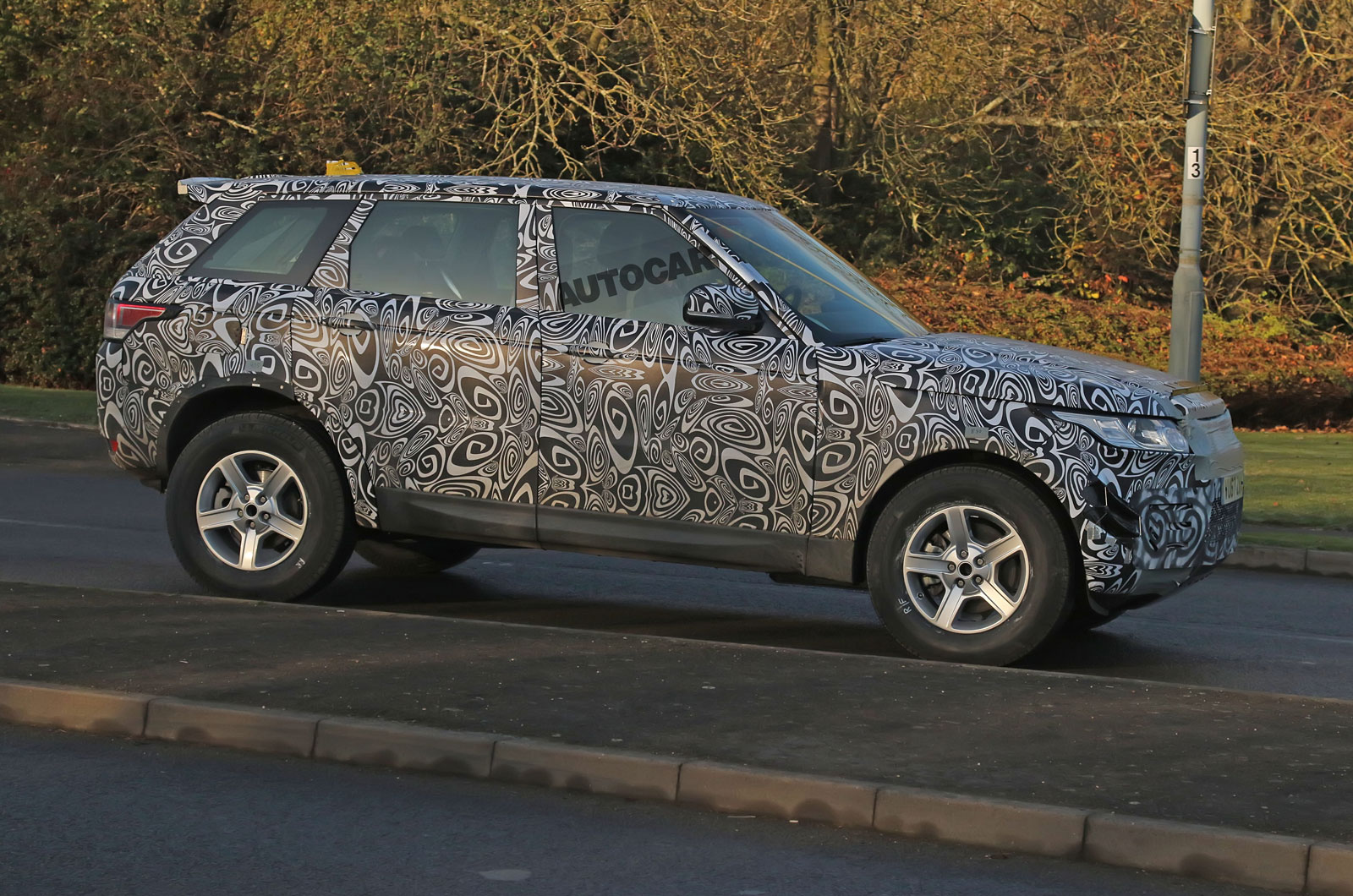 The crucial commercial balance Land Rover is working on is ensuring the car appeals to both hardcore off-road enthusiasts, who will use it as intended, and a broader, more general audience, who will put it to more typical everyday use. The whole premise of the brand is based on the credibility of its off-road message – a role the original Defender fulfilled many times over on a marketing level, even as sales dwindled. Whereas models such as the Evoque and Velar, however capable they are, may not need the approval of the purists in Land Rover’s eyes, the Defender definitely does.

The firm also has a close eye on the plans of billionaire industrialist Jim Ratcliffe to launch his own rough and tough off-roader born out of the demise of the original Defender. Despite the vast wealth, size and experience of JLR, the company is still looking to gazump Ratcliffe, beat him to market and be seen as the company launching the genuine successor to the Defender.

One question hanging over the new Defender is where it will be produced. It is unlikely to be built in Britain because the two JLR factories that make aluminium-bodied cars, at Solihull and Castle Bromwich, are close to capacity. 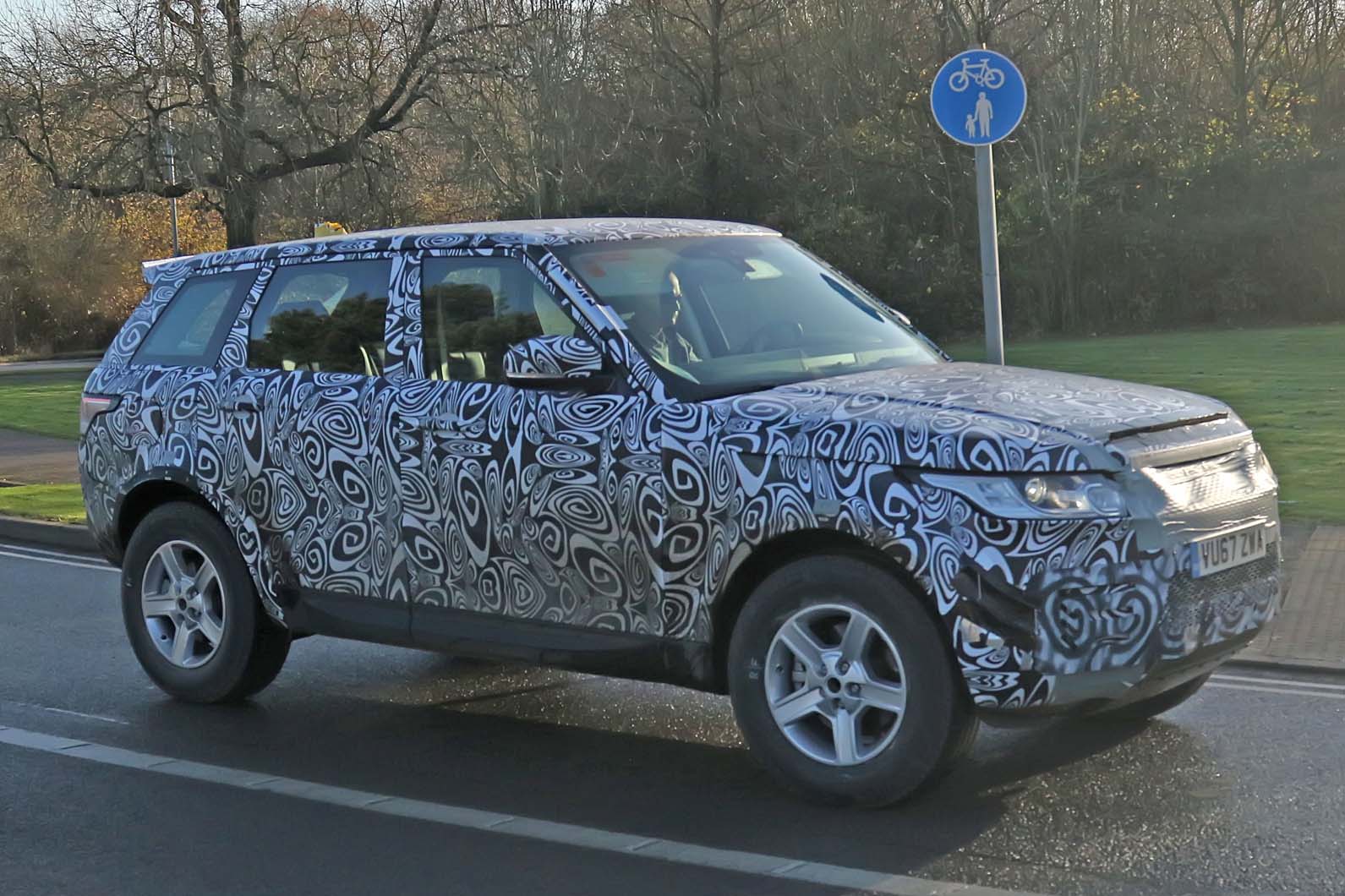 That leaves the firm’s new plant in Slovakia (where the Discovery, to which the new Defender will be closely related, will be built) as the most likely location. However, outsourcing its manufacture is another option, with Magna in Austria set to build an as yet unconfirmed second JLR model in addition to the Jaguar E-Pace.

What the Defender must beat:

Mercedes will launch an updated version of its G-Class (formerly G-Wagen) in January 2018 at the Detroit motor show. Visually, it stays true to the 1979 original, but a lighter structure and the latest engines will bring it right up to date.

It was given a facelift last year, with new infotainment and a sharper-looking exterior design. Beneath the spruced-up body remains a frame chassis, linking the latest car to its forebears, which stretch back 66 years.

THE EVOLUTION OF AN ICON:

The Land Rover Series I was born in 1948 with the task of keeping Rover afloat during difficult post-war years.

Built within the confines of a material-rationed Britain, the first-generation car used a Jeep-inspired chassis and a four-cylinder engine sourced from the Rover P3 saloon.

The Series I evolved into the Series II, which itself then spawned the Series IIA, but it was the Series III, launched in 1971, that really stood the test of time. The Mk3 car’s design changed to the form most of us will recognise today and the engine range grew to feature four motors: a four- cylinder petrol, two diesels and a range-topping V8, borrowed from the Rover P6.

By now, the Defender’s place as a classless workhorse-cum-fashionable SUV was secure, so much so that everyone from countryside farmers to the Queen could be seen in one. Little surprise, then, that the final major update that was applied in 1991 represented one of minor evolution.

The Defender 90 and 110 (signifying its wheelbase in inches) got a new interior and more modern TD5 turbocharged diesel engine, but the original Series I formula of simple robustness remained right until the final car (number 2,016,933) rolled off the production line in 2016.

On the off chance that you've never invested significant energy to see your carport entryway, it might be the ideal time to do as such. Garage door repair

Landrover series. Displaced in Africa and Australia in the 60s and 70s by Toyota due to quality issues and weedy engines.
90/110 then Defender phased out by various military customers inc Brit Army (while Steyr/Puch/Merc G-wagon retains strong military orders).
JLR end production before a replacement is ready. That replacement is laughed at by customers for silly design.
Meanwhile Merc G-wagon retains high demand, lumbering on with 40 year old military design, doesnot abandon practical/commercial users in pursuit of lifestyle ideals and, somehow manages to keep a new design looking near identical to the outgoing, meet emissions and crash test regs and INCREASE customer buy-in.
JLR has lost its tough lifestyle market to countless pickup truck producers.
How, how do they manage to screw up, time after time!
PS..who is contributor pioneerseo, with their repetitive, pointless comments...a robowriter?
marcusthehat 22 February 2018

Rightly proud owner of a 1998 Steyr Daimler Puch , which does exactly what it says on the tin.

with virtually no electronics, minimal maintenance costs & absolutly without fail.