BACK TO ALL NEWS
Currently reading: New Ford Focus ST primed for early 2019 reveal
UP NEXT
Middle management: Revisiting the Renault Clio V6

Ford will crown its new Focus range with a hot ST variant next year, set to make use of a detuned Focus RS motor
Share
Open gallery
Close
Share story

Ford is putting the finishing touches to a new Focus ST, due to be unveiled at the start of next year. The launch of the hot hatch will follow that of the regular car this summer, and will be timed to beat the Mk8 Volkswagen Golf GTI to market.

A Ford insider has confirmed to Autocar that the new Focus ST will feature an updated version of the 2.3-litre Ecoboost four-cylinder engine found in the current Focus RS, albeit detuned from the 345bhp it currently puts out to suit the parameters of the ST’s front-wheel-drive platform.

Initial speculation was that the current range-topping 1.5-litre petrol engine in the standard Focus would be uprated to suit, but achieving the necessary power gains would push that unit beyond its reliable limit. Power output has yet to be confirmed, but a figure in excess of 250bhp, possibly nearer to 275bhp, from the 2.3-litre unit would give it the potency required to take on the latest hot hatches such as the Hyundai i30 N and Renault Mégane RS. 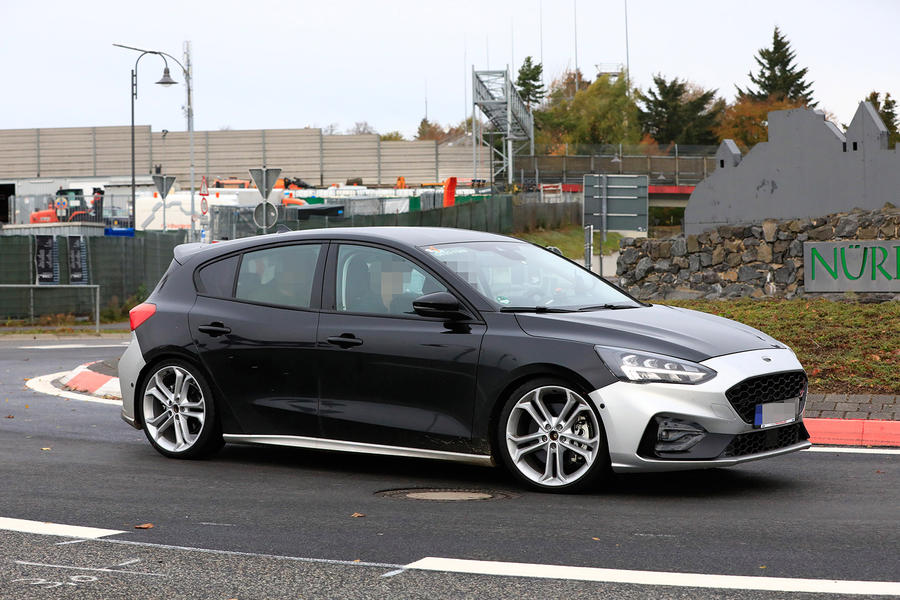 A modest power boost will be bolstered by the fact that the new Focus is up to 88kg lighter than the old car; and even with the ST’s heavier, larger-capacity engine, weight savings should still be apparent. The Focus ST will initially be offered solely with a manual gearbox, but an automatic version is also under development for both petrol and diesel cars.

It will be the fastest mainstream model in Ford’s range (beneath the Mustang) until the next Focus RS arrives in 2020, using 48V hybrid technology to offer around 400bhp. The petrol ST will also be joined by a Golf GTD-rivalling diesel variant later in the year, despite a Europe-wide decline in the sales of oilburners. That looks likely to use Ford’s latest 2.0-litre unit developing more than the 182bhp of the previous ST diesel, possibly making use of the twin-turbocharged version found in the range-topping Mondeo and Edge.

The ST estate will also make a return not long after the regular Mk4 estate is launched. That car will be diesel-only, according to a Ford insider, on account of the heavily diesel-biased sales mix of the last load-lugging ST.

Barely disguised prototypes reveal that the new Focus ST will build on the styling offered by the current sportiest Focus – the ST-Line. Unique bumpers bring larger air intakes at the front, complemented by chunkier side skirts, while a rear spoiler and ST badging will also feature. 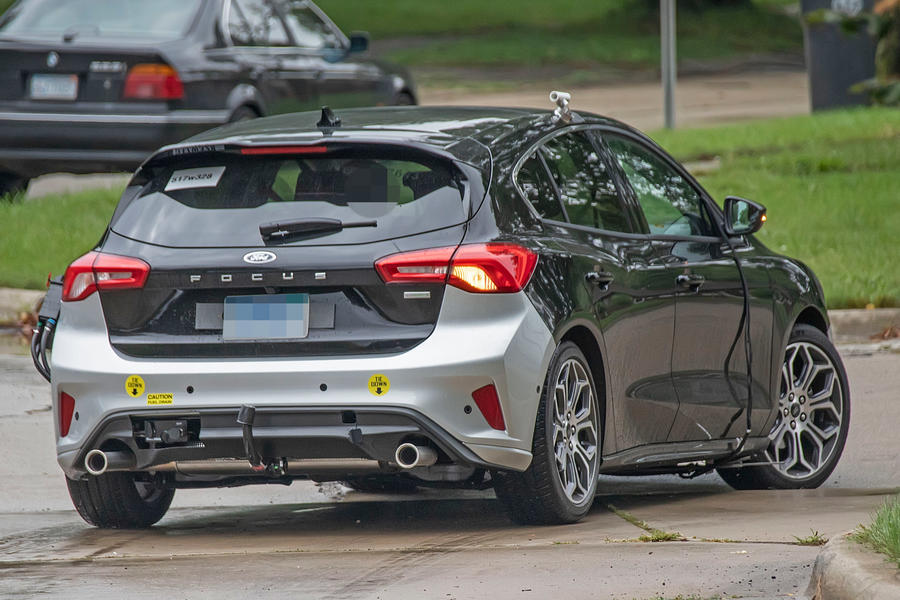 Larger wheels will cover an uprated braking system to rein in the extra power. Inside, we’re expecting to see the addition of ST-badged Recaro sports seats in the front, alongside a racier steering wheel and, potentially, a return of the boost pressure gauges that mark out hot models of the old Focus.

The new ST will benefit from revisions to the chassis to firm up the body control and improve responses. As standard, there will be a new electronic front axle differential, and adaptive dampers will be available as an option. They could be offered as part of the Performance Pack, which will mirror the latest Fiesta ST by adding a Quaife limited-slip differential and launch control for a small premium.

Pricing is a way off from being announced, but the previous ST undercut many of its rivals in entry-level ST-1 form, as did the current Fiesta ST. Expect a sub-£25,000 starting price, with ST-2 and ST-3 variants pushing that figure towards £30,000 with additional equipment.

Thanks to trump, the US won't be getting the '19 Focus in any configuration!  MAGA? Yeah right!

Has anyone seen the estate? Possibly the worst looking car of the moment, and that's saying something, given the strength of the competition.
spanco 25 October 2018

“Caught.” At the Nurburgring.

“Caught.” At the Nurburgring. A track that’s in full view to anyone who’s there. Another retarded tabloid headline from Autocar.