BACK TO ALL NEWS
Currently reading: 2019 Ford Mondeo facelift spotted in the UK
UP NEXT
Worth the weight? Lotus Emira first ride

Ford will follow up the recent launch of its new Focus hatchback with an updated The Mondeo, due to arrive next year and spotted in disguise on UK roads.

Caught partially camouflaged on a transporter in Bedfordshire, and also seen without disguise on the road, the revised Skoda Superb rival will receive minor styling tweaks to its front and rear bumpers, a new grille design, slimmer headlights and a new LED rear light profile. A new horizontal chrome bar also links the tail-lights across the tailgate. The changes have been previewed by the US-market Ford Fusion, which was updated at the end of 2016.

Our spy photographer also captured the new Mondeo's interior, revealing that automatic models will receive a rotary gear selector. This frees up space for larger cupholders and an additional storage bin in the centre console. Ford's latest Sync 3 infotainment system should carry over largely unchanged. 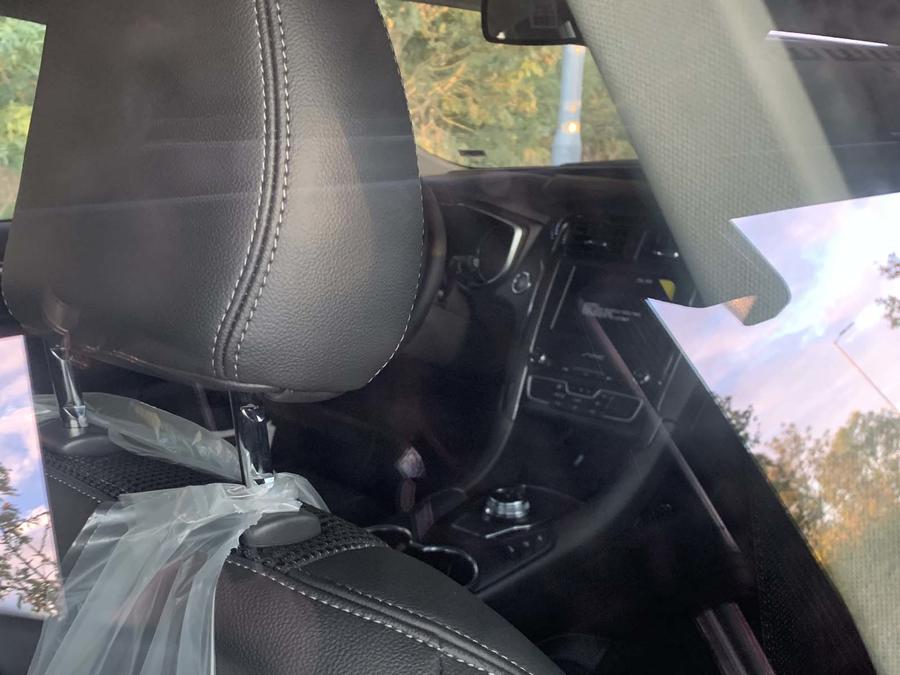 The updated Fusion also featured new technology on the range-topping V6 model, including continuously variable dampers and a new camera-based pothole detection system that works alongside the dampers to cushion the worst bumps in the road. Given the V6 won't be used in the Mondeo, it's not clear yet if UK customers will be offered this tech.

What we do know is that the 2019 Mondeo will receive a hybrid variant of the estate model for the first time. This allies a 2.0-litre petrol engine with a 1.4kWh lithium ion battery and regenerative braking.

Ford also offers a plug-in hybrid version of the Fusion, called the Energi, which could in theory be brought over here if it can pass WLTP homologation. Nothing has been confirmed, however.

We're expecting to see the facelifted Mondeo fairly early next year, although Ford has confirmed that there won't be a public debut at the Geneva Motor Show as the brand won't have a stand there.

The Mondeo Mk4 and Mk5 are two of the finest-looking cars Ford has ever sold in this country, imho, and having owned a 2008 Titanium estate for over a year now I can vouch for that model's driveability and cargo-carry capabilities (although an inch or two more width at the front of the cabin wouldn't go amiss). I'm baffled by the decline in sales of medium-sized cars from mainstream manufacturers as they seem to provide a great combination of space and economy; perhaps they're just grossly over-priced?

Required: One serious designer with balls, Has the guts and gumption to throw existing ages old crap into the shredder. If a female is selected (could be better if petrol head) then she better have big boobies and make sure the seat belt doest squash pain or cause lumps !! Point is - Ford need a new direction. They have done it the past but not recently

They should just kill it off

They should just kill it off already and focus their efforts elsewhere. For starters they don't have a single competitive SUV to their name.
View all comments (11)